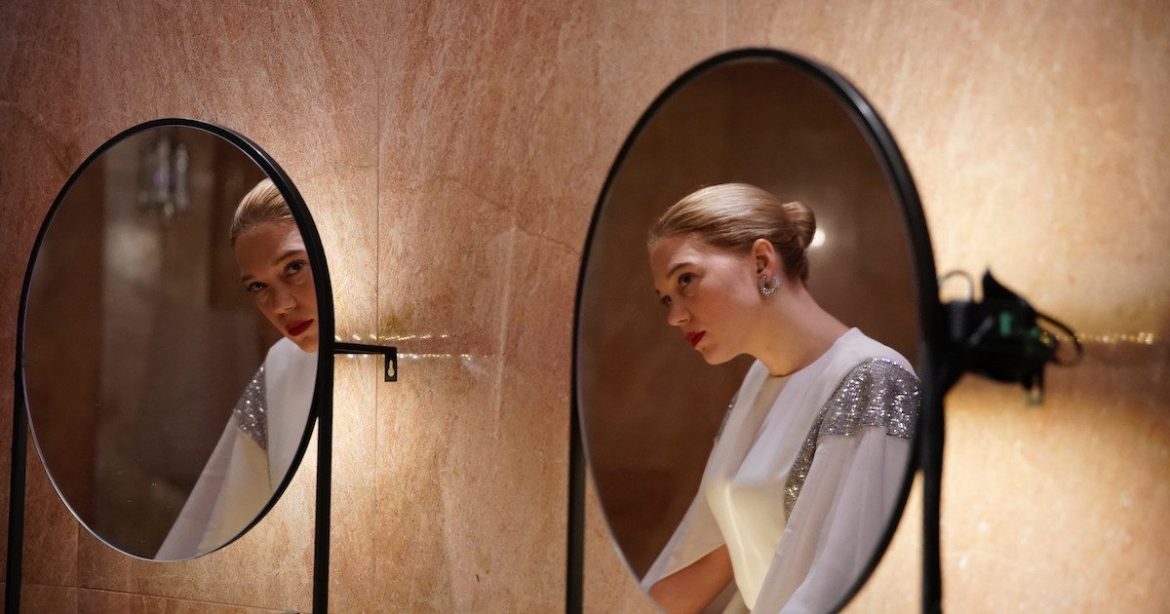 The media is composed of a large segment of our contemporary society, being the main channel of collective mass communication. The media consists of broadcasting, publishing, and the internet, which includes, but is not limited to, print media (newspapers), cinema, broadcasting (television and radio), the news (journalists and news outlets), digital media (social media), photography, and advertising. But what is the role of the media?

The media exists to inform, persuade, entertain, and transmit culture. Much like how traditional mass communication functioned to provide surveillance, correlation, cultural transmission, and entertainment, contemporary media operates with relevant functions, similarly being the foundational base of our interconnectivity in our current societal landscape.

In France, Léa Seydoux plays the titular celebrity journalist, France de Meurs, an animated and zealous reporter who juggles a busy and famed career in the spotlight, with the private intimacies of her own complicated personal life outside the limelight as a prominent and famous reporter, journalist, and celebrity. France’s life is engulfed by her career, she is constantly occupied by her field of work in having her own journalistic television show.

An inherent cause of her complicated and muddled personal life, it is obvious that the frenzy and the weight of her fame bear heavily on her personal relationships. Scenes of her spending time with her distant husband and child always seem to feel like a distraction, because they are weighted with France’s obsession with her job, which takes time away from her personal relationships, even when she is off the job with her family or her friends.

The weight of her role as a journalist also casts a specious light on her life, as her joyful, upbeat figure in the public as a celebrity journalist is continuously contrasted to her unhappy, desolate persona in private within the company of her family or just herself, emitting a dubious façade over her life, that plays into the core themes of artificiality, disguising and packaging that Dumont explores with the contemporary media and its altered reality. Her silhouette in the media world as a celebrity reporter casts its own shadows in engulfing her private life, with the status of her job always defining who she is — even among private company and those closest to her — and where her priorities lie, in her constant prioritizing of her famed job.

In portraying her personal life and relationships as persistently being overshadowed by her fame, a parallel is formed between France’s private life and her show. Segments shown of her show include coverage of reporting on wars in the Middle East, but even these journalistic reports are translated and packaged into entertainment through heavy edits and stylization, capturing harrowing events such as war and recycling it through a privileged and synthetic filter that converts journalistic coverage of these events into pure entertainment for the French public to consume like content.

Her journalism show is clearly and continuously exhibited to be more of entertainment than journalism in how heavily altered and artificially manufactured it is, coincidentally, similar to her personal life and relationships, which through Dumont’s lens of being eclipsed by the demands of France’s stardom career, is constantly portrayed as feeling artificial in how distant France is from her husband and child, as they are similarly distant to her. France is initially captured in a shallow way to convey that the titular journalist is alienated in a modified artificial media world of her own, stuck in a simulated, prideful rapture of her own career and heavily transformed channel of communication with her show. 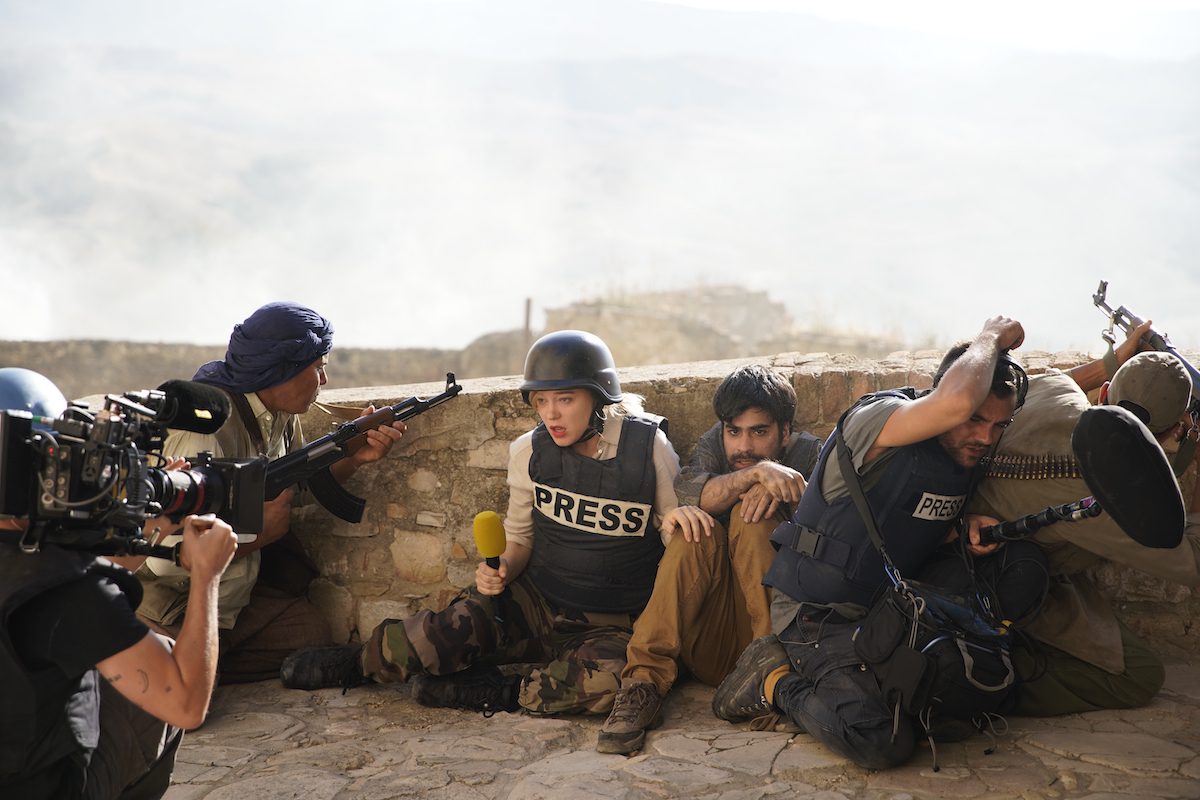 Bruno Dumont’s film, on first impression, is a satire about the contemporary media world and the work of journalists in the modern news landscape, criticizing the false pretense of coverage presented to the public. It exhibits and observes the glamorization and disconnect of not only the modern media world, but also its own inhabitants and participants — the people who consume the news and the media, and people who are a part of this media world, feeding consumers with information, such as journalists — including Dumont’s protagonist, France, with her radically altered entertainment journalism show and her alienated, spurious life, both in the public — as an esteemed celebrity — and in private, being disconnected from her familial relationships.

But when her life is sparked with realization and change when she gets into a slight car accident and accidentally knocks down a motorcyclist, temporarily injuring his leg in the process, we are exposed to further truths in Dumont exploring the extents of the media’s hold and effect on us, along with how life-impacting realizations and acts of humanity can cure us of this spell.

Her life turns upon its heel upon the incident, almost as if this accident triggers an awakening in her to wake up and realize the desolation she has surrounded herself in through her demandingly public career. Dumont adeptly uses this incident, narratively, to pivot France’s development and arc as a character, submerging Seydoux’s character in grief and awareness that forces her to reevaluate her life in the media. Moving forward with this recalculation of her path changes the trajectory of the film in general, going into the second act through to the final third act, redefining the film not just as satire, but also as a solemn and reflective critique of the media, that doesn’t just exaggerate or humor it in lightness, but instead analyses its branching negative effects.

Due to its prioritization of France’s life outside the media, as much as in the spotlight and media, the film is more of a character study of France de Meurs, than it is a straight satire of the media. Rather, it utilizes this analysis of France her position in the media to ruminate on the landscape of the contemporary media and its blinding effects. This critique of the contemporary media is brilliant in its willingness, to be honest, and brutal, but it, at times, feel undone by the writing of the film, particularly in the structuring, which slightly devalues the otherwise intelligent satire and artistic and social criticism at play.

Although writing the character of France as shallow works synchronously with exhibiting her as living in an alienated world of her own, it also renders any character development likewise. Her character goes through various changes and life-altering events, but because of the isolated shallowness of her personality, these developments feel intangibly distant, as if she remains the same, which is also at fault of the film’s structure. The structural foundation of the film is muddled, which leads to the film feeling overly long, in a prolonged way, due to revelations and developments feeling repetitive. The structural repetition and incoherence here could be seen in a positive light through interpreting it as an intentional enhancement of artificiality, alienation, and repackaging — just like France’s journalism show — but this structural fragility too often in the film proves too fallible in obscuring any properly engaged character development for France.

Despite this, France is still an incredible film, if not solely for yet another nuanced, multi-faceted, engaging, and visceral performance from its lead star, Léa Seydoux. She indeed cries an unprecedented number of times in the film as the titular character — going through anguish, conflict, and duality — but she portrays these small, rare moments of genuine emotion, in a film primarily about insincerity and pretenses, so evocatively and tangibly. Seydoux is not new to powerhouse performances, such as this one, so it is certainly no surprise to say that her acting is incredibly favorable, almost to the point where her performance as France de Meurs alone almost atones the film for its messy and disjointed structural composition, narratively.

For all its scrambled structural writing, France still has a sensational lead performance to offer, as well as captivating direction from Bruno Dumont, who manages to elicit such a naturally affecting performance from Seydoux, while attempting to capture the alienation of modern media through the eyes of France de Meurs, by using this character study about a famous celebrity journalist, caught in the conflict of balancing her life in the public and her private life to project an initially satirical and, later on, solemn analyzation of the shackling effect of the modern media landscape and its participants, which is worth a watch for its awareness of the falsity and artificial packaging of information in our modern media landscape.

Thank you for reading! What are your thoughts on France? Comment down below!