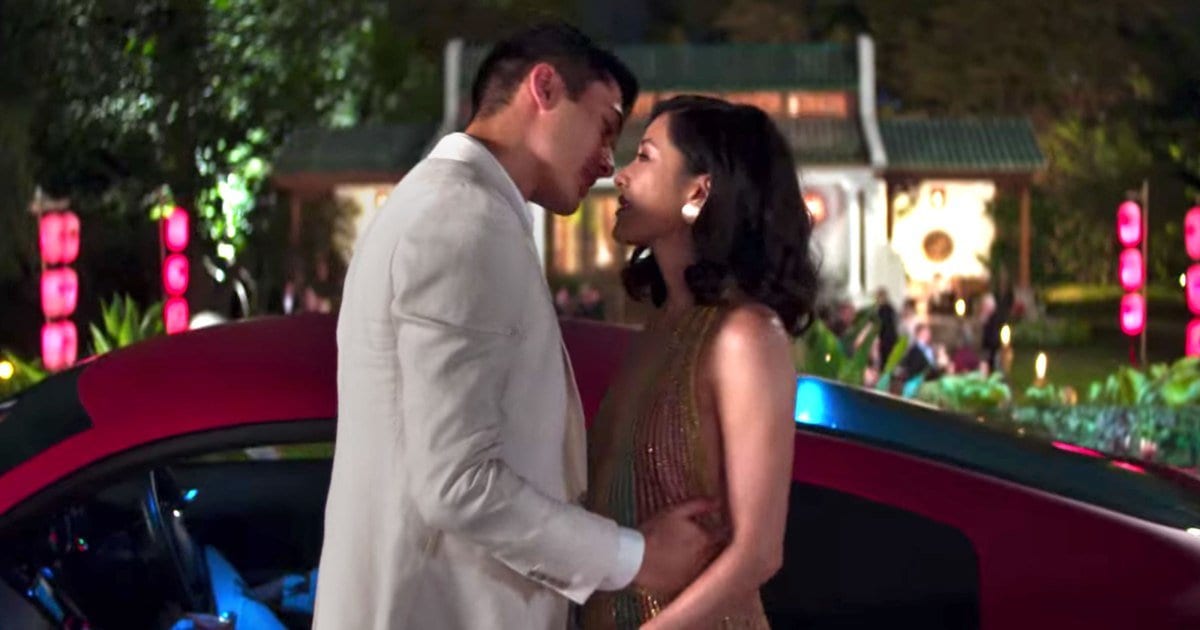 I am the kind of person who actually enjoys the movie trailers that come before a movie. I like going in early to watch the previews of coming attractions because sometimes, I make surprising finds, or, I am reminded of movies that I can’t wait to watch. This happened when I went to watch Ocean’s 8 recently. There I was, mindlessly chewing my popcorn, when the colourful trailer of Crazy Rich Asians popped up on the big screen.

I started to overreact and immediately lean over to my movie pals, making future plans to go see the movie together (I think I have promised myself to at least three other groups of people). The trailer is such a familiar sight because I have watched it many times. I watched it when Kevin Kwan (the author of the book) shared the link on his Instagram, I watched it again when my brother asked me if I had watched and played it before I said I did, I watched it about a gazillion times when it was parodied here in Singapore.

As you can tell, I am more-than-regular excited for the movie, and here are the 5 reasons why.

#1: The movie was filmed in Singapore (and various parts of Malaysia)

Singapore has been a buzzworthy country of late, due in part to the decision for us to be the meeting site for President Trump and Leader of North Korea, Kim Jong Un. Amidst the speculation as to whether the meeting would ever take place, people also wondered where on earth Singapore was, with some still thinking that we are still a part of Malaysia or belong to China in some capacity. Truthfully, I blame Pirates of the Caribbean for this. That’s what people probably think Singapore looks like, and who can blame them, I would believe Chow Yun Fatt with absolute certainty as well.

Thus, I am so happy that Crazy Rich Asians will feature beautiful images of my country, and in some sense, put Singapore even more distinctly on the map. It even has Singaporean actors like Tan Kheng Hua, Pierre Png and Fiona Xie!

#2: It is the first movie to have an All-Asian cast since The Joy Luck Club

The Joy Luck Club, a movie focused on Asian-American women and their lives in America, was released in 1993. That was 25 years ago. Can you believe it has taken this long for Hollywood to craft a narrative for the Asian perspective? Representation is such an important thing, as we saw for movies like Black Panther and Moonlight. It is important to show that Asians are not just the nerds in your school, mere sidekicks to a superior white man or children with Tiger moms, there are other qualities and characteristics that define them. What is especially great about this movie is that the Asians here are crazy rich, which immediately subverts the expectations/stereotypes that people would usually have — the thrifty, struggling immigrant.

I am a Lit major, and everyday, I am faced with the reality that books aren’t quite what they used to be. I have seen major book chains close their doors because they aren’t making money anymore, which leaves me immensely worried for the future of the book. Adaptations like Crazy Rich Asians keep people interested in books, because once news of the movie starts buzzing around, people want to get their hands on the book, to see how it compares, so we can snobbishly say, “The book does it better.” It could also work the other way, people see the movie, and then want to read the book to enjoy the world a little longer. That’s the reason I’m currently reading Annihilation, when it isn’t a book I would normally go for in my spare time.

Man or woman, wherever we are on the LGBT spectrum, I am pretty sure Colin Firth jumping into a lake to cool off made us all feel things.

Pride and Prejudice was a story before its time, telling an unconventional tale of two people marrying for love and not wealth and status. Yes, it is 2018, we have greater freedom to marry whomever we please, but traditions and culture are still huge landmarks for us Asians. Differing race, social class, religion, are all grounds for one’s family to persuade a break-up. Hence, we must always remember to tell stories like Crazy Rich Asians, as a reminder to be brave in choosing whom we want to love.

If the movie is well-received by the critics and the public, this would spur the development of Kevin Kwan’s two other books in the series, China Rich Girlfriend and Rich People Problems. This would mean more movies for the Asian perspective and a greater momentum for representation.

Thanks for reading! Are you excited for Crazy Rick Asians? Comment down below!

I haven’t seen the trailer or read the book. But I am already thrilled because of your blogpost. 😂😂😂

Thank you so much! That’s really nice :) Haha, I think the only reason why it is so hyped over here is because of Singapore as a location. Hopefully it lives up to its potential :)

I absolutely share your excitement. I watched the trailer a month ago because I saw Constance Wu in it. I discovered her through Fresh Off the Boat and I was thrilled to see her in the lead role for a movie. What an amazing woman! Only after reading your article, I realised that what really attracted me to this title is the fact that it is indeed an Asian Pride and Prejudice. :D

Same! That’s how I discovered her as well. “Fresh off the Boat” is such a treat, and Constance Wu is so hilarious! It was a bit disconcerting for me not to hear her chinese accent in the “Crazy Rich Asians” trailer, even though she is America born and doesn’t have one in real life. Are you a fan of Colin Firth’s Mr Darcy too?

Well, of course! Who isn’t?
Although, I appreciate Matthew Macfadyen’s performance, as well. ^^

Reading your article has made me even more excited to see this movie! As someone on the autism spectrum, I’ve been waiting many moons for a good cinematic representation of the condition. But for right now, I’m so happy that other groups are finally getting the recognition they deserve!

Thanks so much for the comment :) As I read your comment, I realised that you are right. Off the top of my head, there are a few movies I can think of that involve characters with autism, but I am not sure I would call them good cinematic representations as you mentioned. The best one I can think of is actually a Bollywood movie called “My Name is Khan”. The lead character has Asperger Syndrome and it deals heavily with racial-religious tensions post 9/11. Are there any movies you would recommend?

There are a few movies I think do come close to it. “The Accountant” and “Roman J. Israel Esq.” are more normalized portrayals of characters with autism while “Pleas Stand By” is actually pretty accurate as well. Those would be great starts, in my opinion.

“The Accountant” did come to mind, but it received mixed reviews, so I wasn’t sure if was a good enough movie. I did enjoy Ben Affleck’s performance. Thanks for the comment! Do check back in if you do check out “Crazy Rich Asians”.

I love this article. Well done. Also, it makes me want to read the book first, so I can be that snob. ;)

Thank you! Hahaha, please do. It is wonderfully funny. I do hope the movie does it justice :)