Every Pirates of the Caribbean Movie Ranked from Worst to Best 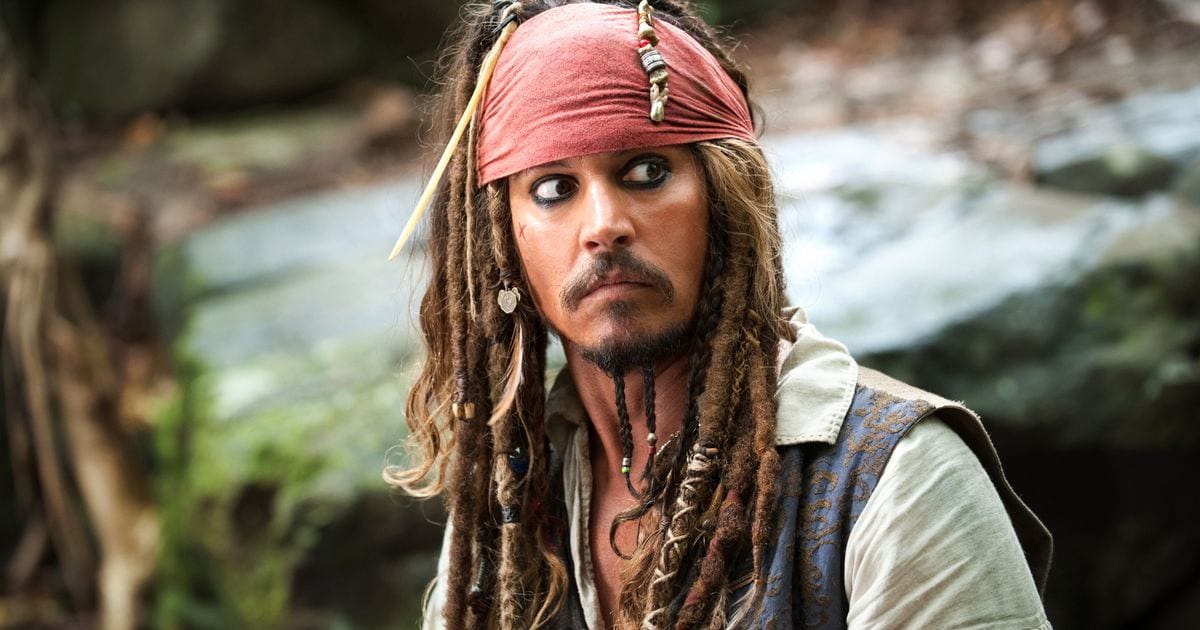 Surprisingly, the Pirates of the Caribbean franchise is still cranking out films despite many lackluster products that have made their way to theaters.  Disney has put a ton of capital into the Pirates films with four out of the five (including the upcoming Dead Men Tell No Tales) having reported budgets well over $200 million.  The studio claims that the fifth installment will be the last in the franchise, but we’ve seen production companies go back on their word once they see the dollar signs start to roll in.

In the meantime, let’s take a look at how all the Pirates of the Caribbean films stack up to each other:

I give the film a lot of credit for shaving off a good portion of the run time that plagued the previous Pirates films (its run time clocks in approximately 32 minutes shorter than At World’s End).  However, On Stranger Tides doesn’t really add anything of note to distinguish itself from the other films.  In fact, I have a tough time recalling anything that happened.

What was Penelope Cruz doing?  Other than being an obvious attempt to add sex appeal to the film since Keira Knightley didn’t return to the franchise.  This may be the most forgetful movie to gross over $1 billion.  At least the Transformers movies are remembered for being terrible in epic proportions.  On Stranger Tides is just a big “meh.” 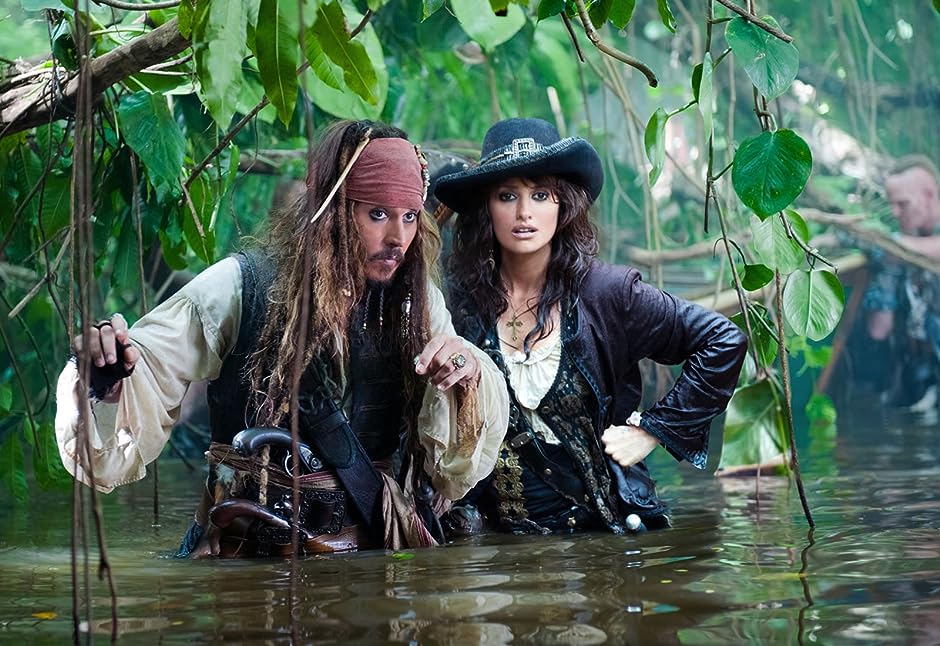 Dead Men Tell No Tales certainly isn’t a terrible movie.  There’s some pretty magical visual effects on display here that work in seamlessly with practical elements.  There’s even some likable new characters, led by Kaya Scodelario as Carina Smyth, that add some much needed life into a franchise that sorely needed it.

Unfortunately, everything except the technical aspects of the film fall very, very flat.

We now have a fourth ghost pirate that seeks revenge on Jack Sparrow for something he did to him and his crew years ago.  Where’s the originality?  Where’s the fun?  For a franchise now through its fifth installment, there needs to be a new direction in place for new films to be enjoyed, or else Pirates of the Caribbean might go the way of the Dodo.

Johnny Depp has now lost all the charm that made Jack Sparrow such a lovable character.  He is now just a caricature that fails to do anything except the occassional chuckle. 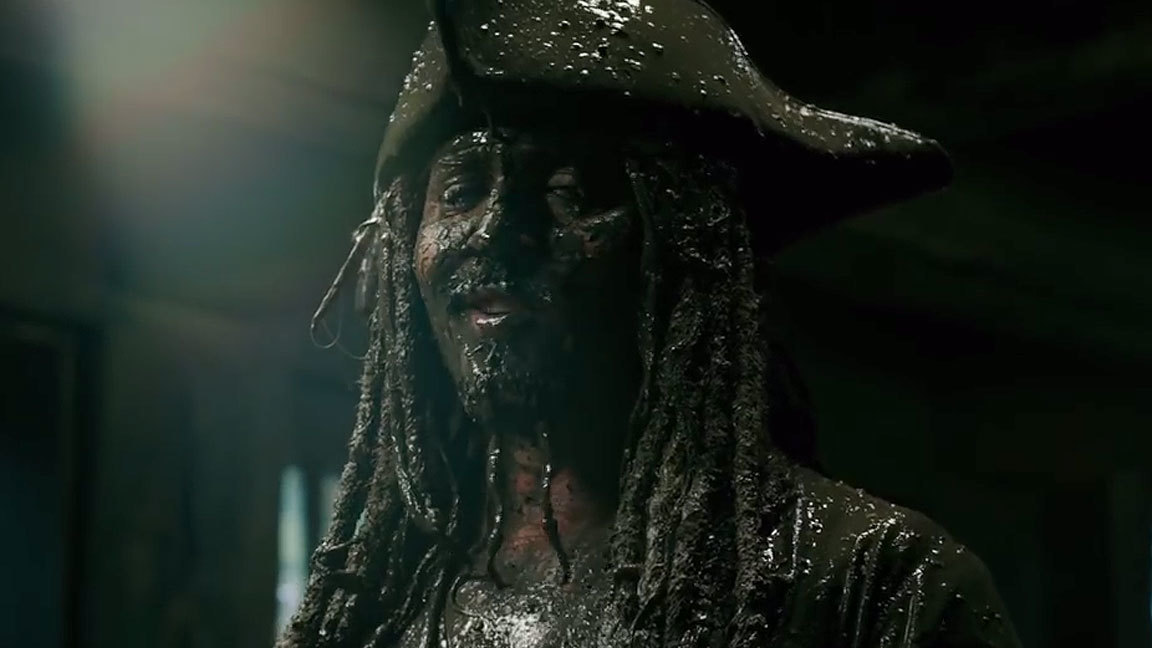 *To read my full review of Pirates of the Caribbean: Dead Men Tell No Tales, please click here.

It certainly has some of the fun of the first film, but Dead Man’s Chest can’t help but ultimately feel like a placeholder film as a buffer between the first and third movies.

Bill Nighy as Davy Jones certainly adds a fun, memorable adversary to the mix.  He’s menacing when he has to be but is also capable of cracking a few jokes in order to play along with Johnny Depp’s wit.  The Dead’s Man Chest also acts as a nice Macguffin to keep the story rolling through its trials and tribulations.

However, the main problem with this film is the amount of subplots.  Do we need to the continuation of the relationship between Orlando Bloom and Keira Knightley?  Does anyone care?  Most people just want to see pirates plunder a variety of riches all across the land, not get caught up in melodrama.

The longest of the Pirates films, At World’s End adds way too many subplots and “ex machina” moments to be recommended fully, but there’s a glimmer of enjoyment here.

The best moment of the movie (and probably the most iconic) is the three-way ship battle between our heroes, Davy Jones and his crew, and the entire British fleet that concludes the film.  The term “excess” comes to mind when watching this final scene.  But hey, I can indulge in a little action schlock from time to time.

However, this also produces the most groan-inducing moment in the film where Orlando Bloom and Keira have a makeshift wedding in the middle of the battle that is overseen by Captain Barbossa.  Can we just go back to the ships swirling around whirlpools in the ocean?

At World’s End is best compared to eating five cakes in one sitting.  Sure, it’s tasty at first, but as you become more and more saturated with cake, the entire endeavor is just too much to handle.

The original that started it all, The Curse of the Black Pearl is what its sequels tried to be but couldn’t recapture.  Unlike the other films, Jack Sparrow, while still loopy and outrageous, feels like an actual character that is capable of clever heists.  Combined with a suitably over the top villain in Geoffrey Rush’s Captain Barbossa, The Curse of the Black Pearl has two wonderful leads that power the film to a great deal of fun.

Does the film have its problems?  Sure it does.  An overly long film in combination with some performances that just don’t mix with the tone certainly do make the film drag.  But then you hear that lovely tune from Hans Zimmer, and everything is right in the world.

We don’t get too many films that have that adventure feel akin to the first three Indiana Jones films anymore.  Luckily, Pirates of the Caribbean: The Curse of the Black Pearl certainly did its part to rectify that problem.

*To read my full review of Pirates of the Caribbean: The Curse of the Black Pearl, please click here.

Thanks for reading!  How would you rank the Pirates of the Caribbean films?  Comment down below with your thoughts!

If you enjoyed this article, please feel to subscribe to MovieBabble via email below:

[…] casting was brilliant in this movie, and I am so sad these actors didn’t have more to work with. Knightley in particular is a favorite of mine, and has been since she played Guinevere in King Arthur (2004). […]

I totally agree with the order you put them in and why. I look forward to seeing what you think of the new one. :)

I’ll get my facts straight next time!

I have to concur with you on the whole unattractive romance between William Turner and Elizabeth Swan. The story is about pirates. Perhaps I am strange, but I thoroughly enjoyed watching Captain Jack Sparrow outfox, nay outwit the infamous Captain Blackbeard.

Do you have any thoughts on the newly released Pirates film?

Definitely agree with you on this list. The first one was the best while the fourth one was the worst.

There’s just nothing memorable at all about it lol

On a side note, I do have the four-issue comic book series that came out not too long ago. From reading it over, it seems to take place between “Curse of the Black Pearl” and “Dead Man’s Chest”, since Capt. Jack Sparrow is with Joshamee Gibbs, Marty and Anamaria throughout the short run. My research also tells me that there’s Jr. Graphic Novel versions of “Dead Man’s Chest” and “At World’s End”, along with three novels: “Jack Sparrow”, “Legends of the Brethren Court” & “The Price of Freedom”. Here’s some reading material if you can’t get enough P.O.T.C.!

Pretty neat! I’ll have to check them out!

I’m glad I could give you some literary recommendations.