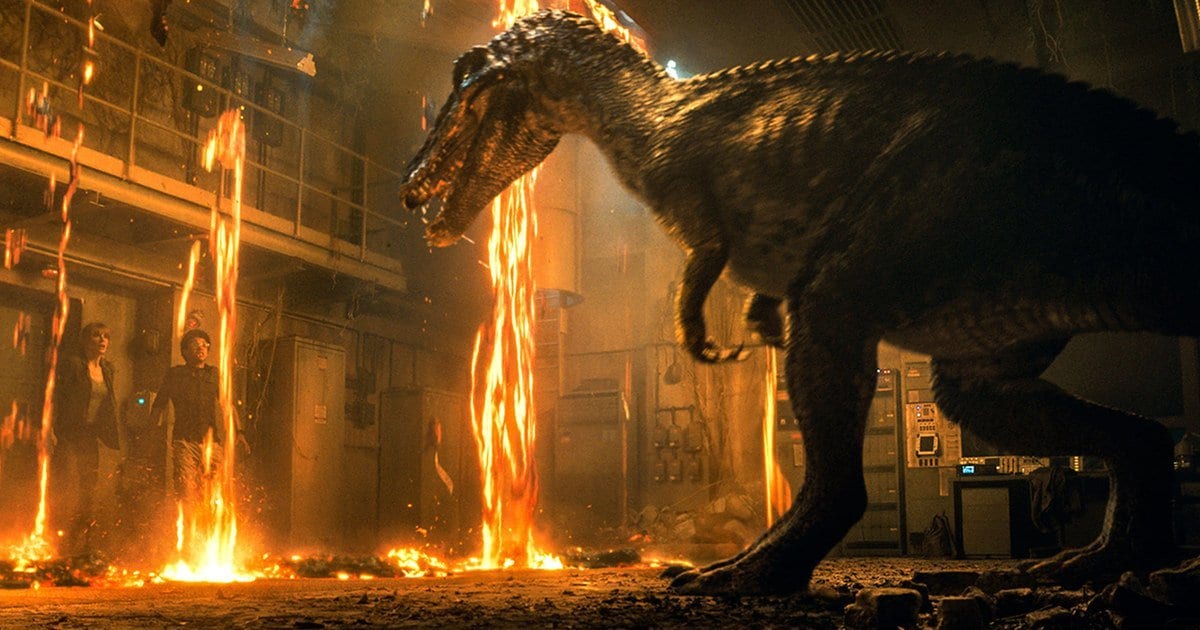 This year, 2018, marks the 200th anniversary of the publication of Frankenstein; or, The Modern Prometheus. The classic novel was written as a parlor game in 1816, the year without a summer, by a teenage Mary Wollstonecraft Godwin (later Mary Shelley).

Shelley’s story of Dr. Victor Frankenstein and his monster casts a long shadow. Its adaptations in popular culture have become what author Jon Turney calls “the governing myth of modern biology“: a cautionary tale of overreaching by a scientist that ends in tragedy and death.

A central tenet of this myth is that the monster who is cobbled together from dead body parts and animated by electricity — created by man not God — is against the natural order of life. The story’s horror comes not just from fear of dying at the monster’s hand, but from a more primal sense that the universe itself will not abide this creation or those that created it. In the words of Ian Malcolm, “Life finds a way.”

The original Jurassic Park updated this governing myth for the 20th century. Instead of harnessing electricity and magnetism for innovation, the sexy new science would be genetic engineering. And instead of a humanoid monster killing everything its creator loves, we have dinosaurs. Yet the same hubris, greed, and willful ignorance remain — along with the same sense of wonder and naive good intentions.

In a humanizing scene, John Hammond (Richard Attenborough and Santa Claus from the remake of Miracle on 34th Street) explains himself to Dr. Sattler. He tells her he wanted to bring magic to children with Jurassic Park, just as he did years ago with a flea circus. But his park is collapsing, melting all around him, along with his ice cream and his dreams.

John Hammond, like Dr. Frankenstein before him, gets his comeuppance by the end of the book (although it takes a few movies to finish him off). The other craven and greedy villains such as Donald Gennaro and Dennis Nedry become dinosaur food quickly and spectacularly. While of course the cute kids, Hammond’s grandchildren, survive.

Leaving the island of the dinosaurs after his misadventures, protagonist and good guy Dr. Alan Grant looks out of the helicopter to see modern pelicans flying as they should. His theory of dinosaur-to-bird evolution has been validated. His skepticism about Jurassic Park has been vindicated, too, at great cost, and all is back in balance.

Life found a way to put humans in their place.

The original Jurassic Park had unforgettable characters, amazing effects, an awesome music score, and was thematically resonant with Frankenstein, a timeless classic of English literature.

Jurassic Park was also unique among modern science fiction movies — it contained a testable scientific hypothesis. The story spawned a virtual cottage industry of scientists looking for ancient DNA in amber.  It was several years later that  the half-life of DNA molecules was calculated and the results were definitively. Jurassic-era DNA could not have survived long enough to be reconstructed to clone dinosaurs. Real-life Henry Wu wannabees will have to make do with trying to bring back animals more recently extinct.

Jurassic World: Fallen Kingdom is like Jurassic Park‘s ugly stepsister. Fallen Kingdom feels more like a monster cobbled together crookedly and from the shiny parts of the original. Its dinosaurs are bigger, badder, and uglier. The heroes are hiding out in remote cabins and ineffective non-profit organizations. The benevolent-ish grandpa, this time named Ben Lockwood, isn’t Santa Claus. He’s an invalid whose underlings take advantage of him.

And the cute grandchild, Maisie? There’s something otherworldly about her too. She lives by herself, except for an elderly governess, in a creaky old mansion above a museum, and looks and talks like the English musical child prodigy Alma Deutscher.

Most of the plot of Fallen Kingdom will surprise no one. People stand there, mouths open, until dinosaurs eat them. Greed and hubris are again on display in ever-uglier forms. A plucky child escapes death by dinosaur and makes a fateful decision. The audience will probably cheer when a particularly horrible example of humanity tries to take a trophy from a dinosaur he thinks is asleep and then loses his arm, and his life, in the process.

A big difference in Fallen Kingdom is that while the body counts pile up, balance is no longer restored to the movie’s universe. The otherworldly Maisie turns out not to be Ben Lockwood’s granddaughter at all, but a clone of his deceased daughter. The flying creatures Owen sees at the end of Fallen Kingdom aren’t Dr. Grant’s friendly pelicans. They’re pteranodons.

In their race to save and weaponize the most clever and aggressive dinosaurs, the humans of Jurassic World: Fallen Kingdom abandon another of their creations, the gentle plant-eating brachiosaurus. This is the same species that first evoked awe and wonder in the original Jurassic Park. The scene where a brachiosaurus calls to the retreating human ship as it awaits death on the island has become an audience tear-jerker. “That scene represents the ending of a dream that started 25 years ago,” says director J.A. Bayona.

This scene represents a new reading of the Frankenstein myth for modern scientists. Frankenstein’s creation does not start out cruel and murderous — he only becomes so when his creator abandons him. Hank van den Belt, a Dutch professor of philosophy, writes in Science magazine that Dr. Frankenstein’s greatest moral shortcoming was that he did not assume responsibility for his own creature and failed to give him the care he needed. Owen feels his conscience similarly pricked when he realizes he may have failed to give Blue the care she needed.

The Name of the Monster

Read the book and weep for those we have rejected, and fear for what revenge they will exact, but shed no tears for Frankenstein. Those who think, in ignorance of the book, that his is the name of the Monster are in reality more correct than not.

In Fallen Kingdom, life as we know it no longer finds a way back. Instead, the worst impulses of human nature have found a way to transform nature itself.

Thanks for reading!  How would you compare the Jurassic Park movies to the Frankenstein myth?  Comment down below!

Thank you! I taught the original Jurassic Park (book or movie, students’ choice) to gifted and talented middle schoolers for 2 years as part of a molecular biology enrichment class. I am surprised how well it holds up, 25 years later. It was a good opening to talk about all kinds of issues in science ethics.

Wow. This is a great article! I really enjoyed the comparisons.