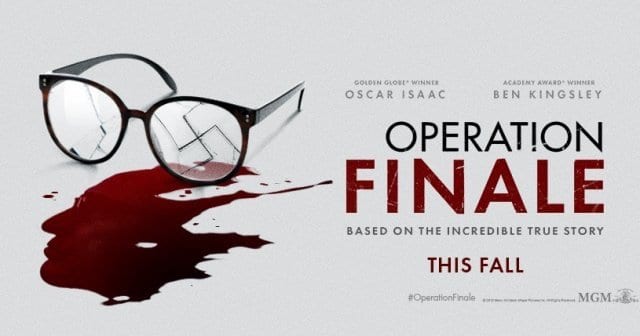 Labor Day weekend is always a bit of a crapshoot at the theaters. Studios fear that the endless BBQs and parties over the weekend will lead to high-profile films underperforming at the box office, so most studios stay away altogether. But this year, MGM’s Operation Finale leads the way for the ceremonial end of the summer, and with stars like Oscar Isaac and Ben Kingsley in the fold, there’s potential here for a breakout, sleeper hit.

Fifteen years after the end of World War II, Israel’s intelligence agency Mossad and security agency Shin Bet — led by the tireless and heroic agent Peter Malkin (Isaac) — launched a daring top-secret raid to capture the notorious Eichmann (Kingsley), who had been reported dead in the chaos following Nazi Germany’s collapse but was, in fact, living and working in a suburb of Buenos Aires, Argentina under an assumed identity along with his wife and two sons. Monitoring his daily routine, Malkin and his operatives plot and execute the abduction under the cover of darkness just a few feet from Eichmann’s home. Determined to sneak him out of Argentina to stand trial in Israel, Malkin and Eichmann engage in an intense and gripping game of cat-and-mouse.

For a discussion of Operation Finale, watch the video from Austin Burke above.

Thank you for reading! What are you thoughts on Operation Finale? Comment down below!