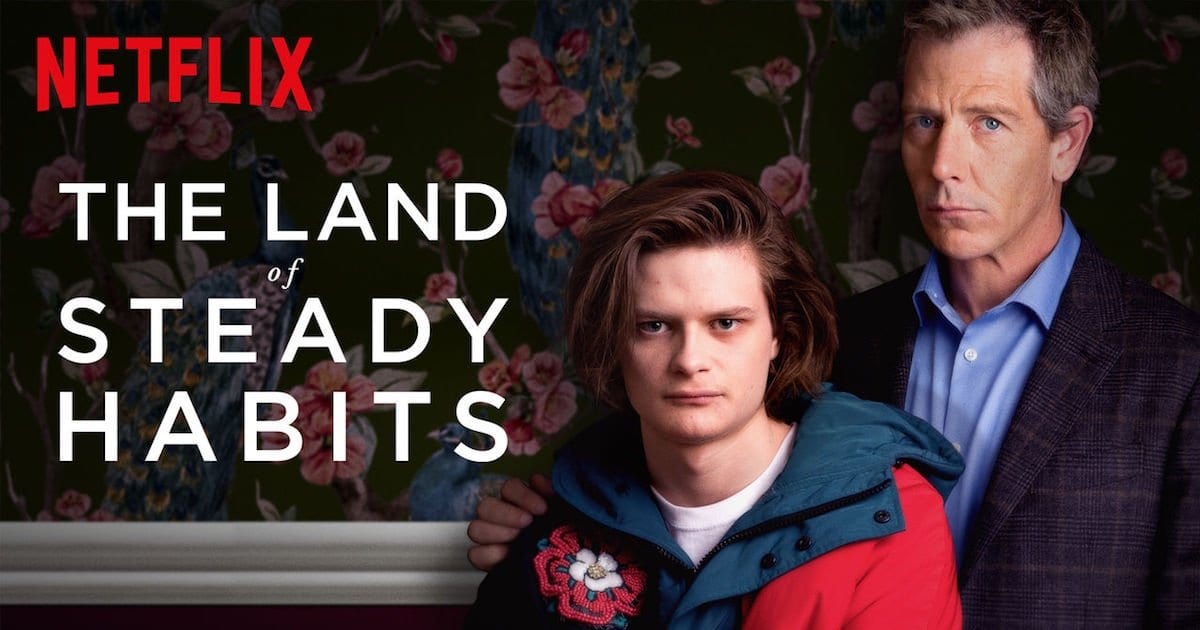 You know the drill by now: Netflix has a spotty record with its original films. It’s one of the pitfalls of trying to crank out as much content as possible while also trying to create quality programming. But one thing about their current film structure that is really humming is their ability to find content that leaves critics and fans buzzing at film festivals. After The Land of Steady Habits premiered at TIFF this past week, buzz grew rather quickly (and mightily) for the film, leaving those that weren’t lucky enough to attend TIFF to wait anxiously for it to drop on the ever-growing streaming service. It appears that Netflix has another tidy hit on its hands.

The review above by Austin Burke is spoiler free.

Feeling trapped in the stifling, wealthy enclave of Westport, Connecticut, Anders Hill (Mendelsohn) retires from his job in finance and leaves his wife (Falco) in the hopes that it will renew his lust for life. However, he’s quickly faced with the startling reality of his choices; he spends his days looking for things to decorate his empty shelves, sleeping with strangers and feeling terribly lost. Missing his ex-wife and on the outs with his troubled 27-year-old son (Mann), Anders befriends a drug-addicted teen (Tahan), sending him down a path of reckless and of deeply regrettable behavior. His shameful actions cause him to question who he is as a father and, ultimately, who he is as a person.

For a discussion of The Land of Steady Habits, watch the video from Austin Burke above.

Thank you for reading! What are you thoughts on The Land of Steady Habits? Comment down below!

Yeah, It was quite weird. I called it to be on Netflix when I watched it at the Toronto International Film Festival.

That’s a bummer! But hey, at least you got into TIFF! What a great experience!