‘Nobody Sleeps in the Woods Tonight’: Much More Than an Intriguing Title 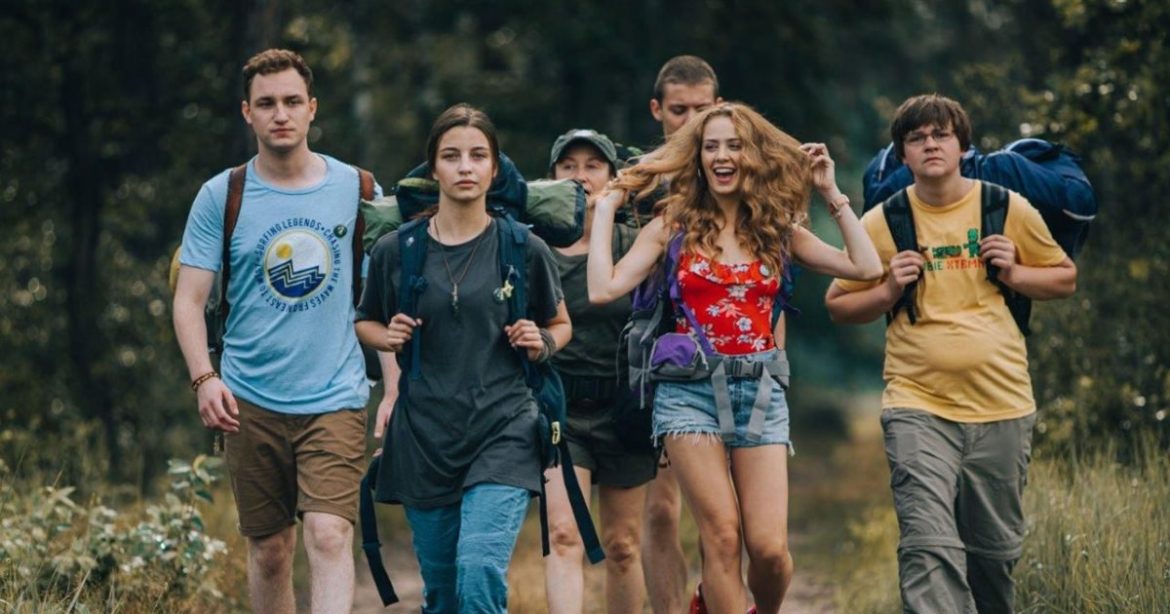 I’ll admit it: I chose to review this movie merely because of its title. Now, I have done this before, and afterward regretted my choice (The Binding, for example). But this time, I was a lot luckier! Many are dubbing Nobody Sleeps in the Woods Tonight Poland’s first slasher movie; I even think this is the first Polish horror movie I have ever seen. And if the Polish want to make more movies such as this one, I am all for it. Although not a masterpiece, Nobody Sleeps in the Woods Tonight is certainly fun to watch.

The movie starts with a flashback. Thirty years ago, in the middle of nowhere, somewhere in Poland: a postman has to make a delivery at a house that has clearly seen better times. He hears music, suggesting that somebody is home. Yet, nobody answers his knocking at the front door. He decides to walk around the house, to look for another sign of life. Then, suddenly, he hears some moaning coming out of the basement. But when he wants to have a closer look, that’s the moment some evil force grabs him.

Flashforward to present-day Poland. In the same huge forest, a group of teens and tweens arrives at a summer camp. Some overenthusiastic guides quickly divide them into smaller groups and they are off on a three-day hike. They quickly come across a mutilated animal — the first bad omen. Nevertheless, they go deeper into the forest. During the night, the first of the teenagers is killed off. The rest of the group then takes the worst of decisions you can ever take in a slasher movie: they split up. And you can easily guess what happens next.

There is no denying it: there are a lot of clichés in this flick. Director Bartosz M. Kowalski, who also co-wrote the movie, is very inspired by other movies, mostly horror. Let’s have a look at some themes:

Then there is the group of teenagers, each representing a prototype. There is the geeky nerd, the sexy blonde, the jock, the gay teen, and the traumatized yet tough girl. These are characters that we have seen over and over again. And you simply know from the beginning who will survive and who will certainly not.

I am pretty sure that you agree when I say that clichés can kill a movie. You might even be tempted to stop watching Nobody Sleeps in the Woods Tonights after 15 minutes because of them. (Even I was tempted to do so, but then I would be writing a completely different review right now and not this one.) But, there are some very cool jump scares, some of which I didn’t even see coming. The forest is also so spooky that it is almost a supporting character in itself. This is also supported by the creepy soundtrack, which is influenced by eighties slasher movies.

It’s all in the details. Apart from the doomed teenagers, there are some quirky supporting characters. There is a very mean priest, who also happens to be homophobic; a cop who complains to a prostitute about how boring his job actually is; an old, tough recluse who takes a very bad decision at the wrong moment; the female guide of the teenagers is an odd combination of toughness and overoptimism; finally, two drunken brothers who have their own reasons for being in the forest in the middle of the night. Those people alone are entertaining enough.

But there is more! Nobody Sleeps in the Woods Tonight is more than a homage to the good old slasher movies from the seventies through the nineties. It’s even more than entertaining. There is some mean humor through the whole movie, to the point of being grotesque. This is actually what I liked the most.

If you think that only American directors such as Eli Roth are masters in producing gore, Bartosz M. Kowalski knows a thing or two as well. Let’s call it “grotesque gore”:

Even the impressive make-up effects attribute to this “funny” streak. Sure, the two brothers look fearful, but their mutilations are so exaggerated that they almost look comical.

Kowalski also sneakily refers to some current (Polish) events. The summer camp is an offline camp, trying to help teenagers with their dependence on modern technology. And, of course, a perfect excuse to throw all your main characters in a sinister forest without a mobile phone! The priest refers to the abuse by Catholic priests and the two brothers celebrating Hitler’s birthday represent the rise of neo-nazism.

Nobody Sleeps in the Woods Tonight is not the most original, and certainly not the greatest horror movie ever made. But if you take into account that both budget and time were very limited, you have to admit Kowalski has pulled off quite a feat. Don’t get too much stuck on the clichés. Have fun with the quirky details and supporting characters, and let yourself be entertained.

Thanks for reading! What are your thoughts on Nobody Sleeps in the Woods Tonight? Comment down below!

I dug the first one, but couldn’t get into the second!