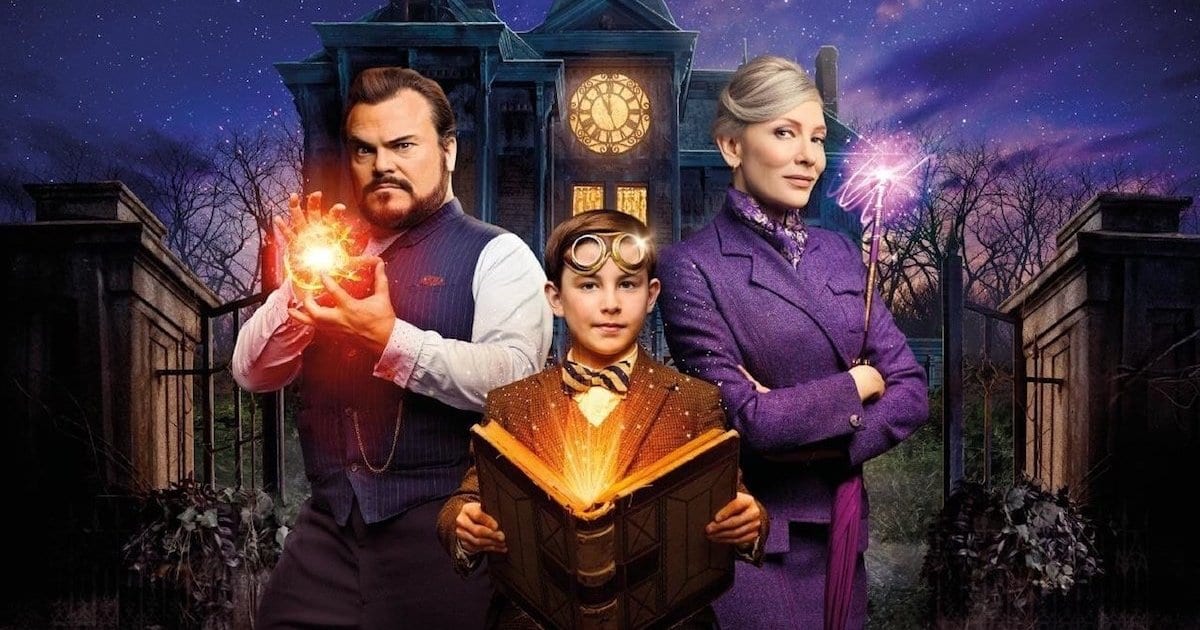 Do you remember that scene in the first Harry Potter movie where Harry visits Ollivanders for the first time? Harry tries wand after wand and performs impressive magic. The only problem is, that impressive magic is a tad unrestrained and chaotic. Harry isn’t a poor wizard, and the wands are not of poor quality; they just aren’t compatible. That’s exactly what The House with a Clock in Its Walls feels like. The source material, the director, the cast, and the visuals are all great. However, they just don’t blend well together.

Based on the Book By: John Bellairs

It’s 1955. Recently orphaned Lewis Barnavelt (Vaccaro) finds himself on a bus to live with his Uncle Jonathan (Black) in New Zebedee, Michigan. Uncle Jonathan is eccentric, has no house rules, and has a house decorated from floor to ceiling with clocks. While touring the house, Lewis is introduced to Uncle Jonathan’s close friend and neighbor, Florence Zimmerman (Blanchett), as well as Mrs. Hanchett (Camp), a neighbor across the street  who dislikes Lewis’ Uncle. Later on his first night, Lewis is spooked by his Uncle searching around the walls of the house with an axe.

Starting school the next day, Lewis is slow to make friends. After being begrudgingly picked to play basketball in gym class, Lewis befriends Tarby (Suljic). Tarby informs Lewis that someone died in his Uncle’s house and arouses suspicion that all may not be as it seems with Uncle Jonathan. Fearing for his life, Lewis quickly sets out to uncover the truth. However, it is not the truth he expects to uncover.

Rather, Lewis’ Uncle Jonathan and his neighbor Florence are in fact a warlock and witch respectively. Lewis quickly begins his training in magic and uses it to help himself make friends at school, as well as to become close to his Uncle and Mrs. Zimmerman. Lewis also discovers that the house previously belonged to a dark witch and warlock and that the pair placed a mysterious clock hidden in the house’s walls.

When the evil warlock returns to finish his dastardly work, Lewis must work with his Uncle and Mrs. Zimmerman to save humanity.

Before the film began, a brief promo played featuring the main cast and director. I nearly choked on my popcorn when I realized that The House with a Clock in Its Walls is directed by Eli Roth. Yes, “the Bear Jew.” That Eli Roth. The Grindhouse horror actor, director, and producer that came to households everywhere in Quentin Tarantino’s Inglorious Basterds also directed this movie. I am still shocked, to say the least. I didn’t believe that Eli Roth was compatible with PG horror. Unfortunately for The House with a Clock in Its Walls, I was correct.

Eli Roth, if you are reading this, please don’t bash my head in with a bat, I still love you.

A Problem of Maturity 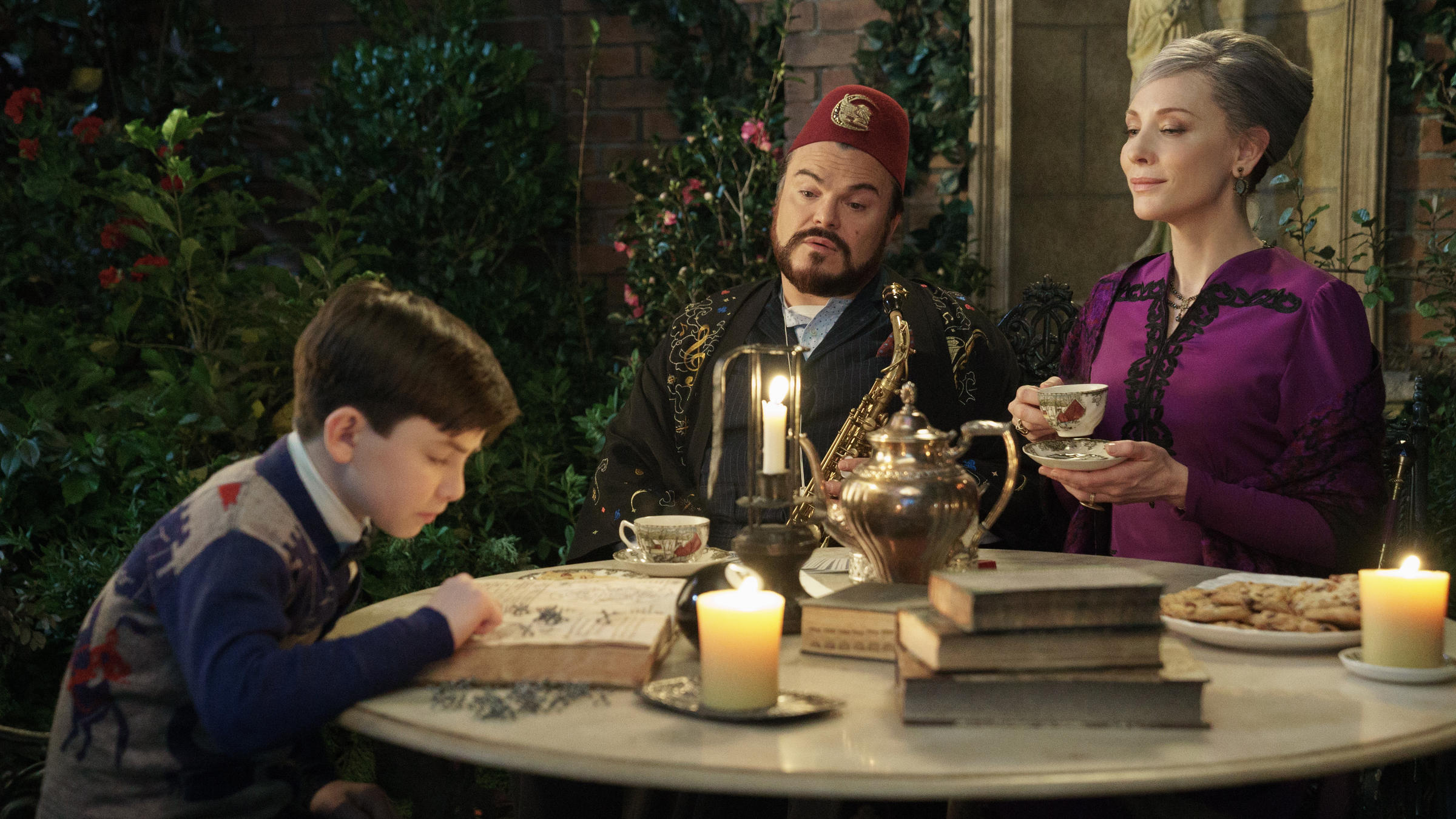 Referring back to the Harry Potter analogy, there aren’t any major flaws with this movie. The premise, the cast, and the style are all independently fine. However, they don’t blend well together. This film is too childish to work fully with Roth’s gritty, dark blend of horror. That being said, this film definitely pushes the boundaries of PG. In fact, I’m surprised it wasn’t PG-13 for two reasons.

Blood rituals, necromancy, demons from the seventh level of Hell, this movie has it all. It was surprisingly dark in subject matter for a story about a nine(ish) year old kid who finds out that his uncle is a warlock. The film is visually striking and is above what audiences come to expect from late September releases. That being said, there are several of these outstanding visuals that will not sit well with small children. As listed above, there are several instances of blood/sacrifice present in the film. Necromancy also plays a key role in the film’s plot, and the resurrected corpse is absolutely disgusting to look at in several shots.

This isn’t bad, but it is bad for a movie that the studio has so pointedly directed at children. Unfortunately, Director Eli Roth’s visual style pushes the boundaries of what target audiences are likely to be comfortable with.

None of the major swear words are used, but there are quite a few “damns” and “hells”. Again, this is surprising for a movie targeted at children. If you are a parent who was upset with The Incredibles 2 for letting slip an “I’ll be damned”, then you’ll want to sit The House with a Clock in Its Walls out. 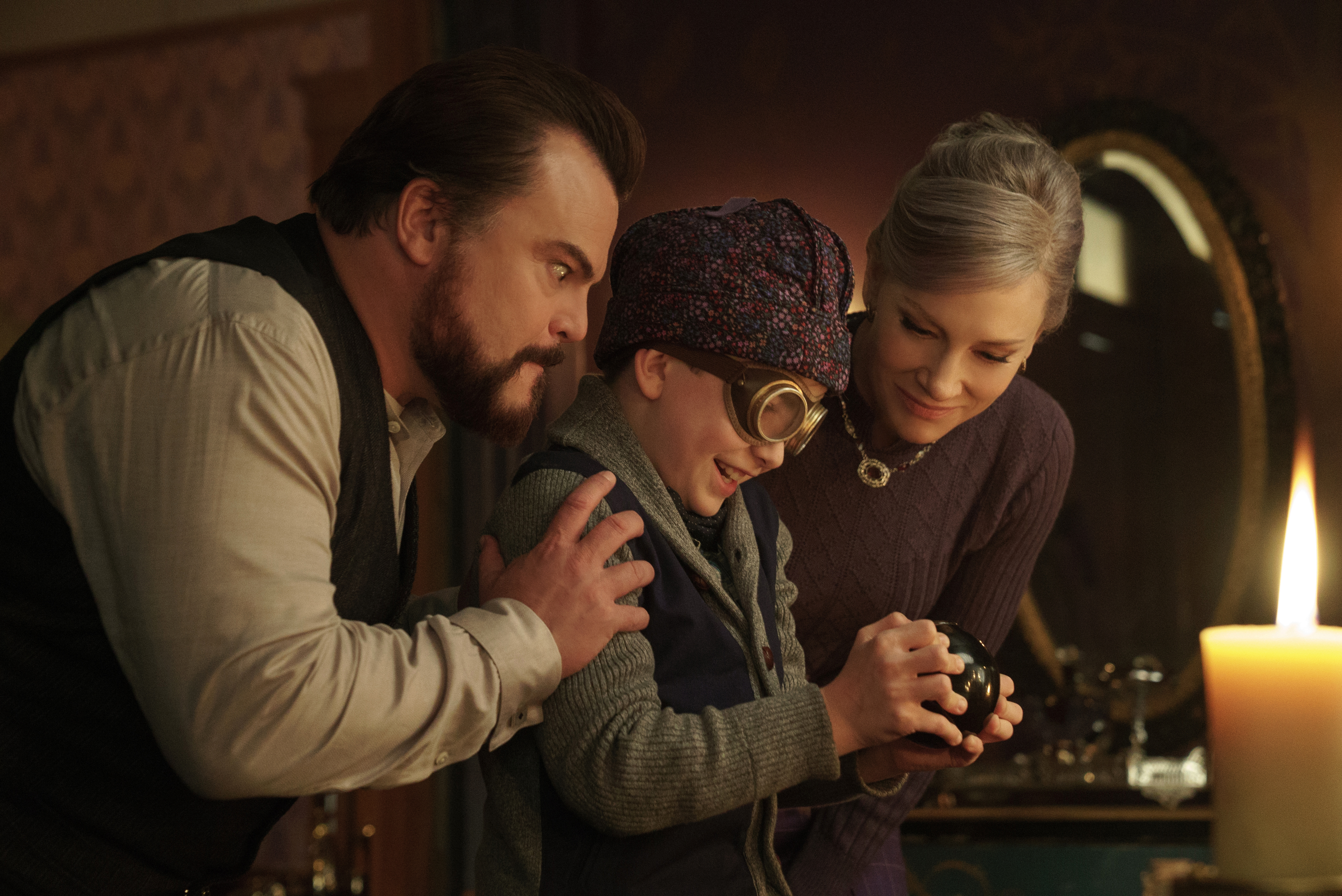 A tremendous bright note in The House with a Clock in Its Walls is the chemistry of its principle cast. Cate Blanchett steals the show, as is typical of any of her roles. Playing a character who is scarred, it is insinuated that she is a Holocaust survivor, there is a surprising amount of depth to Florence Zimmerman. Jack Black proves that he’s still got the cooky comedic chops that made America fall in love with him in the first place. He is still the whimsical, lyrical, goofball he was in Nacho Libre, but he brings a sincere sense of secrecy to Uncle Jonathan.

New comer to the scene is the show stealer of Daddy’s Home, Owen Vaccaro. While child actors are often notable for their flimsy acting, Vaccaro does a really good job for someone who’s still at the age of memorizing multiplication tables. The only exception in his talent is crying. His crying scenes feel almost comical, as they are so outrageously overacted. If you are lucky enough to have seen Thoroughbreds, you’ll quickly note that he’s using “the trick” discussed in that film for his crying scenes. 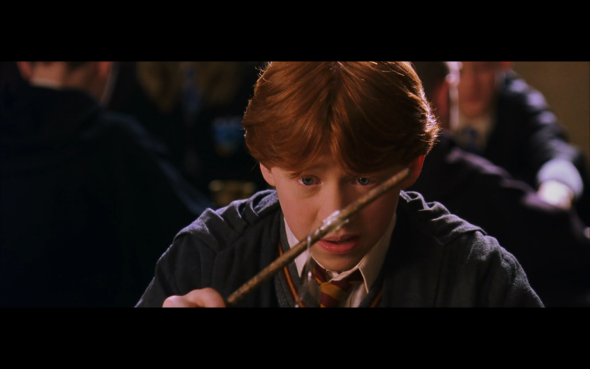 The House with a Clock in Its Walls is by no means a bad movie. However, there’s little lasting magic in its veins. It’s a motley crew of interesting styles and ideas that just don’t complement each other when mixed together. That being said, the film still has its fair share of narrative defects.

Character development in The House with a Clock in Its Walls comes in weird spikes. One moment a character is friendly and supportive of another, the next moment they are bitter enemies. Lewis and Florence Zimmerman fall into these spikes intermittently and it tarnishes their character quite a bit. While it is hard to describe this without spoiling the film, it is pertinent enough of an issue to mention.

This is The House with a Clock in Its Walls’ biggest issue. Is this supposed to be a heartwarming children’s movie about finding a family? Does Universal think that this is the next Harry Potter? Is this just a toned down Evil Dead? It’s really hard to tell, and I suspect that the fact has a lot to do with studio involvement. Considering the fact that the original book spawned sequels for thirty-five years, I have no doubt that Universal hopes it will spawn film sequels as well. That being said, horror, especially special effects heavy horror, doesn’t typically garner enough to build a strong franchise. I suspect that Universal played a heavy hand in setting up some of the more universe building aspects of the film. These aspects ultimately detract from the core of what the film is about.

Other tonal issues stem from the fact that The House with a Clock in Its Walls is an Eli Roth directed children’s movie. I love Eli Roth, but his style and blend of Grindhouse horror is not fit for children. Blood rituals, necromancy, and demons don’t exactly mix well with stories targeted towards young children and families.

Circling back towards the Harry Potter “wand chooses the wizard” analogy once more, I don’t hate this movie. Nothing about this movie is tremendously bad or wrong. However, many elements of the film are adequate, if not great, and just don’t blend well together. There is nothing wrong with the wizard. There is nothing wrong with the wand. The problem is that the wand must choose the wizard. In the case of The House with a Clock in Its Walls it’s as if the wizard chose the wrong wand and then tried forcing it to work amidst the countless exploding boxes.

Adults and teens will probably enjoy this movie, but children will definitely be scared of it. It’s not a bad note for Eli Roth.

Thank you for reading! What did you think about The House with a Clock in Its Walls? Comment down below!

Thanks for the review, I’ll be watching it next week!

This looks like a movie I can catch on DVD if I have nothing else to watch that week.

‘Nightmare Alley’ Avoids the Supernatural, but Casts a...