As November gets into full swing, more Hollywood studios are beginning to forget about Thanksgiving and head right into the Christmas season.  This time, Paramount is the culprit as they’ve released Daddy’s Home 2, the follow-up to the sneaky successful Daddy’s Home.  The following review will be spoiler free. 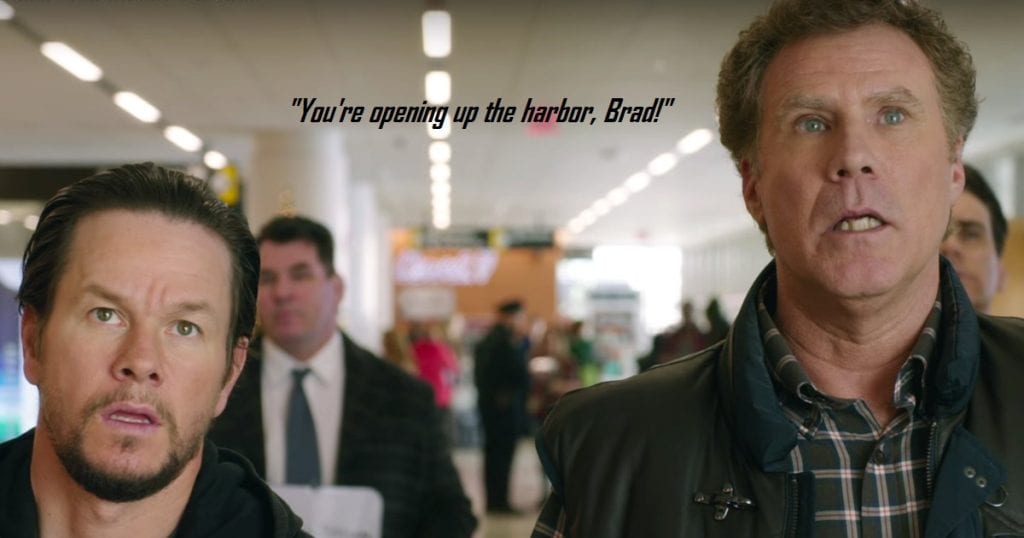 After dealing with issues as co-dads in the past, Dusty (Wahlberg) and Brad (Ferrell) want to bury the hatchet and bring each family together for Christmas this year.  However, those plans are tampered with when Dusty’s macho dad (Gibson) and Brad’s overly affectionate dad (Lithgow) come into town for Christmas, causing even more Christmas-themed hijinks to ensue.

It’s no secret that Paramount Pictures has been really struggling in recent years.  The company has struggled to find bankable franchises in recent years.  Other than Mission: Impossible and Transformers, Paramount has hasn’t been able to find a series that’ll bring audiences to theaters in droves.

Not only have they struggled to make money, the quality of their films has dropped off significantly.  Take a look at the films Paramount has released this year:

Ghost in the Shell

An Inconvenient Sequel: Truth to Power

Although I’ve documented that Rotten Tomatoes isn’t exactly the most trustworthy system, the average score of each film on the list is approximately 37%, signaling a general sense of poor filmmaking.

To make matters worse, the studio recently lost its deal with Huahua Media in a partnership that was worth around $1 billion and was to finance a quarter of Paramount‘s films over a three year period.  The Chinese company has been very disappointed in the box office returns for some of Paramount’s larger films and finally decided to pull the trigger on severing ties.

Now, Paramount turns to a sequel that made a solid amount of money in hopes that will provide some much needed relief. Mel Gibson is Great, and That’s Probably Not the Best Endorsement for Your Film

Shockingly, Mel Gibson is the source of most of the laughs.  His character is basically, well, Mel Gibson, going after women and doing his best to be a macho man.  Gibson saunters around as a heightened version of himself, commenting on the dumb hijinks of other characters in a gruff, almost angry voice.  There are a few laugh out loud moments in this film, and they suprisingly all come from Gibson.  In a weird way, his comedy is pretty meta as he acts as an audience stand-in, telling Ferrell and Wahlberg that they aren’t funny.

That being said, does anyone really want Mel Gibson to play himself in a role?  Sure, he makes for some funny moments, but the entire endeavor feels sort of awkward when you think about it.  Obviously Gibson was outlawed from Hollywood for a few years for his behavior, and doubling down on similar behavior in a film just seems too real.  You may laugh in the moment, but then you’ll feel a tad gross afterwards.

Not Enough Laughs to Warrant Your Money

Unfortunately for the rest of the cast, let me reiterate, Mel Gibson is the best part of the movie.

Ferrell and Wahlberg do their best in the lead roles, but the script with which they’re dealing just isn’t up to snuff.  Daddy’s Home 2 has a similar problem to other studio comedies these days where they just stuck funny people in front of a camera and yelled, “be funny!”  Improvising can only do so much when there isn’t a highly-skilled director behind the camera to reel in it.  95% of the time it leads to funny people looking stupid as they fish for laughs that just aren’t there.

Daddy’s Home 2 almost feels like a bunch of different sketches that are clumsily woven together.  It’s as if the writers had a eureka moment about a funny bit and tried to shove it into the film.  There are two problems with this process.  One, we’re diverted from the story for multiple minutes for what basically amounts to a non sequitur.  And two, they’re not funny.  You’re left to sit there and wonder, what exactly is the point here? To top it all off, Daddy’s Home 2 relies on the same Christmas movie tropes that you’ve seen for years.  We have all the archetypes of a family-themed Christmas movie present.  From the gruff grandfather to the overly rambunctious kids, there isn’t anything here that you haven’t seen before.  Even most of the jokes feel pretty dated.

When it comes down to it, Daddy’s Home 2 is just way too generic to warrant a theater viewing.  Every story beat follows other Christmas comedies that have come before it, down to everyone not believing in the Christmas spirit before all the joy is injected back into the special day when, well, you can probably figure it out from there.

Basically, Daddy’s Home 2 is an unfunny film that also doesn’t do anything new.  So yeah, skip this one if at all possible.

Daddy’s Home 2 certainly won’t offend audiences, but it just isn’t funny enough to be recommended on any level.  It covers all the beats of a Christmas-themed comedy, down to a closing musical number to make you feel good at the end.  The talented cast does their very best to right ship and provide some type of entertainment, but they just can’t do enough to save a bland script.  Sorry, Daddy’s Home 2, but you get a D.

I’m starting to get pretty tired of generic studio comedies.  If you’re anything like me, stay away from this movie.  It’ll only make you long more for a better comedy to come sometime in the near future. 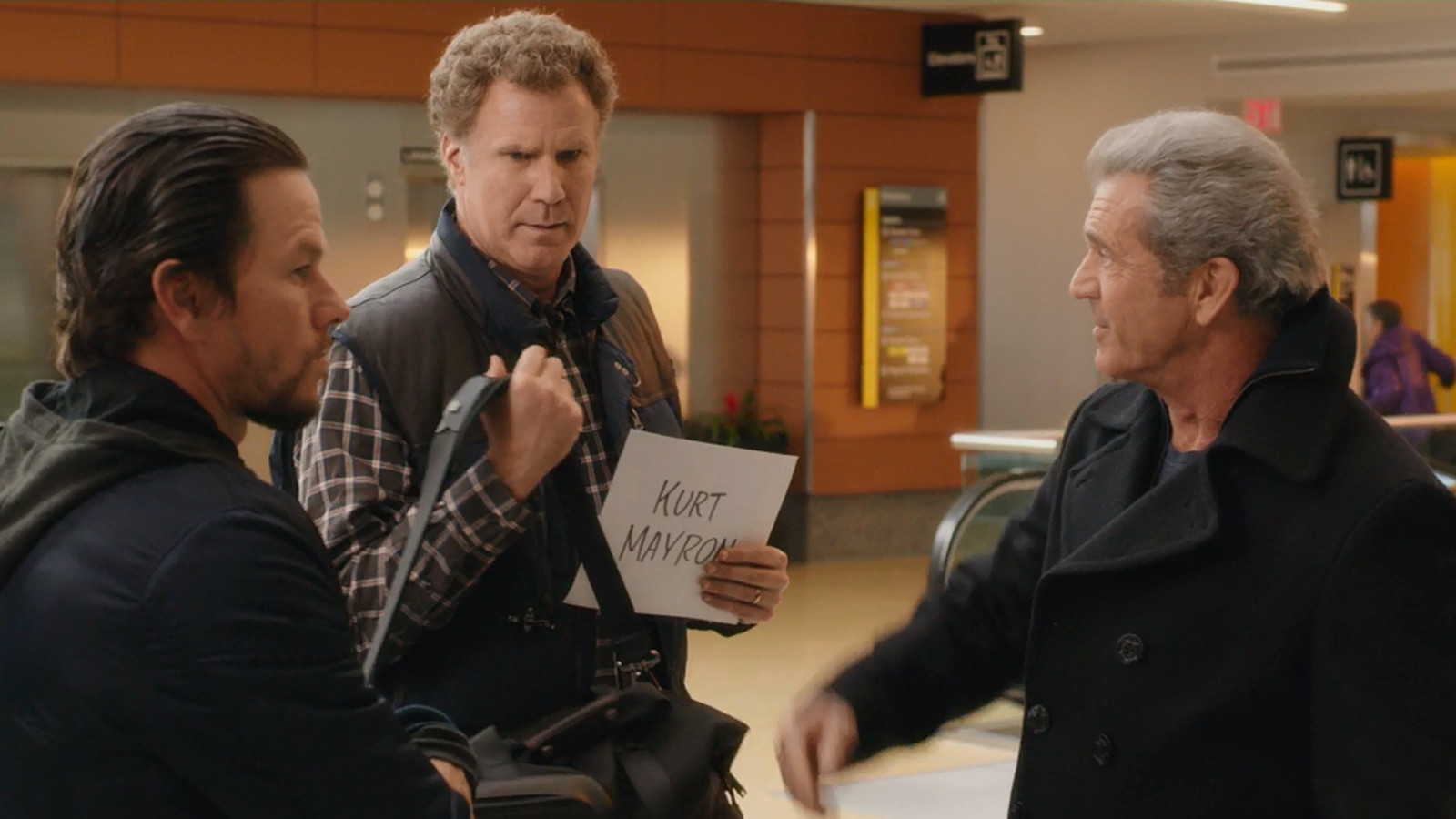 Thanks for reading!  What are your thoughts on Daddy’s Home 2?  Comment down below!

Leave Mel Gibson alone. He’s the best part of the film because he’s the only real actor among this group of losers. (Okay, Lithgow’s a decent actor but the point stands this is a lousy cast.) And I have never once felt guilty about enjoying Mel Gibson’s works because of some phony controversy. Mel is the man – always has been and always will be.

I personally like Mel! I just know that a lot of people don’t and would probably benefit from knowing that information ?

As I give you this comment, RT’s score has dipped to 16% (with an average score of 3.8 out of 10). This film isn’t doing much better on MetaCrtic with a score of 30. Between this and A Bad Mom’s Christmas, it’s plainly clear that Hollywood has given up in terms of giving effort to regular comedy movies.

It’s a shame. All the weird comedies are left in independent theaters with limited release. Everything is the same at this point!