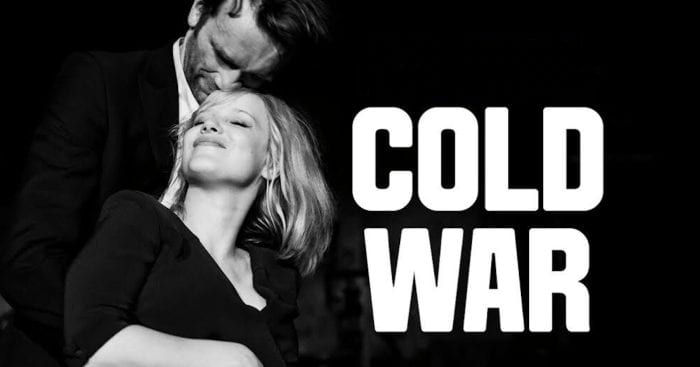 Now that the calendar has officially switched to October, it’s now time to start thinking about the Oscar race. One of the more forgotten races leading up to the film event of all film events next year is the race for best Foreign Film, which is arguably the most contentious race every year considering that countries from all over the world submit films for the chance of being nominated. But considering that Amazon Studios, a company that is starting to become known for backing prestige pictures, bought up the distribution rights to Cold War here in America, it’s pretty safe to assume that this movie is near the front of that race — and is worthy of your attention.

Watch the spoiler free review from Richard Keaney above.

Cold War is a passionate love story between a man and a woman who meet in the ruins of post-war Poland. With vastly different backgrounds and temperaments, they are fatefully mismatched and yet condemned to each other. Set against the background of the Cold War in 1950s Poland, Berlin, Yugoslavia and Paris, it’s the tale of a couple separated by politics, character flaws and unfortunate twists of fate — an impossible love story in impossible times.

To see Richard Keaney’s thoughts on Cold War, watch the video above.

Thanks for reading! What are your thoughts on Cold War? Comment down below!

Have to disagree. There is no relationship between the two to latch on to. No chemistry. A bunch of telling and not showing. I suggest skipping this one unless you’re a fan of beautiful cinematography.