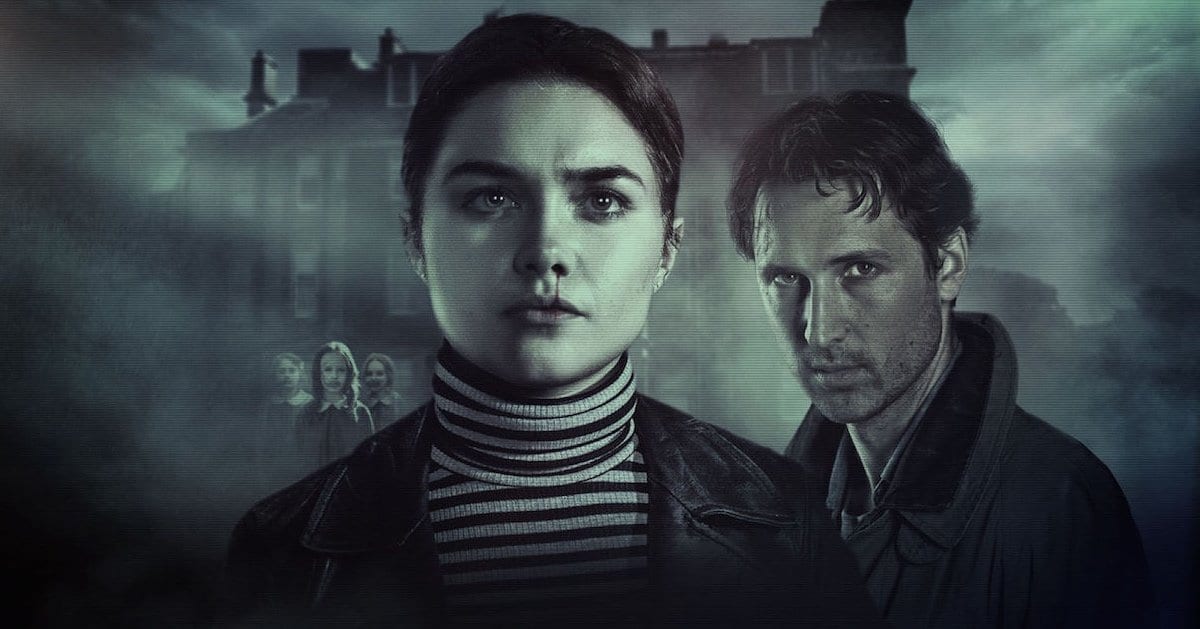 Netflix drops stinkers onto its platform without much advanced word, hoping that you never notice it between your 46th and 47th viewing of To All the Boys I’ve Loved Before. Malevolent saw its trailer drop just a week ago, meaning that Netflix hopes that its release passed you by. Can’t fool MovieBabble, Netflix!

Watch the review from Austin Burke above. Note that the review does include spoilers.

Brother and sister duo Angela (Pugh) and Jackson (Lloyd-Hughes) are nothing more than scam artists. Preying on the grief-stricken and the vulnerable, they convince the bereaved that Angela has the ability to contact the dead. Their next sucker in waiting is Mrs. Green (Imrie), an old woman living alone in an abandoned orphanage, who wants them to silence the malevolent voices that keep her up at night. It’s a simple con, and Mrs. Green is clearly deluded, they have no reason to think otherwise.

But the building has a dark history, a past so horrifying they begin to question too late if they are in over their heads. Years ago, the orphanage was stage to a string of murders, where young girls were forever silenced by a twisted killer. Angela’s on the brink — sleepless and vulnerable, no longer certain of what’s actually real; convinced she genuinely sees and hears the girls calling out to her from the depths of the house. But a far more real and terrifying evil plagues the house, and these paranormal investigators will soon suffer the ultimate reality check.

For a discussion of Malevolent, watch the video from Austin Burke at the top of the article.

Thank you for reading! What are you thoughts on Malevolent? Comment down below!

I agree. While I believe Celia Imrie delivered as always, I could not make it to the end. Great concept but not well planned out.

You said it perfectly!