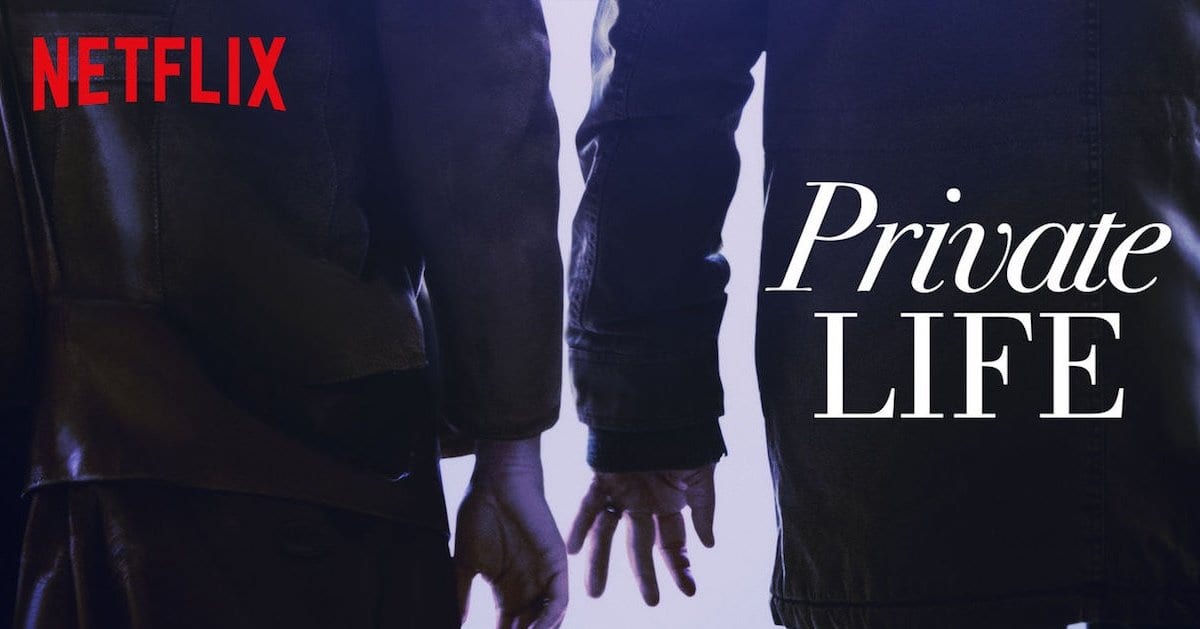 Private Life explores a subject matter that I rarely see properly fleshed out in movies — the struggle of fertility and conceiving, and the toll it takes on all those involved. Most films either deal with the aftermath of this inability, with the couple diving into a bile-filled state of bitterness, and the marriage eventually falling apart. Or we get the other end of the spectrum, where we are brought through the stages of pregnancy, in movies like What to Expect When You’re Expecting, Knocked Up, Juno, etc.

The only movie that comes to mind is Maybe, Baby starring Hugh Laurie and Joely Richardson, which does deal with a couple’s inability to conceive, but the main conflict having to do more with their marriage issues as opposed to their baby-making efforts. In comparison, Private Life really brings us into the fold of the fertility chase, and the realism gets too much to bear at moments, with the constant trying and waiting, only to end in futility. Private Life is well-acted, amazingly authentic and is, so far, the best offering I have seen from Netflix this year.

Private Life follows the lives of Richard (Giamatti) and Rachel (Hahn), a couple in the throes of infertility, trying to maintain their marriage as they descend deeper and deeper into the world of assisted reproduction and domestic adoption. When their doctor suggests using an egg donor, Rachel’s initial adamant response moves to a point of consideration when their step-niece, Sadie (Carter), enters the picture. 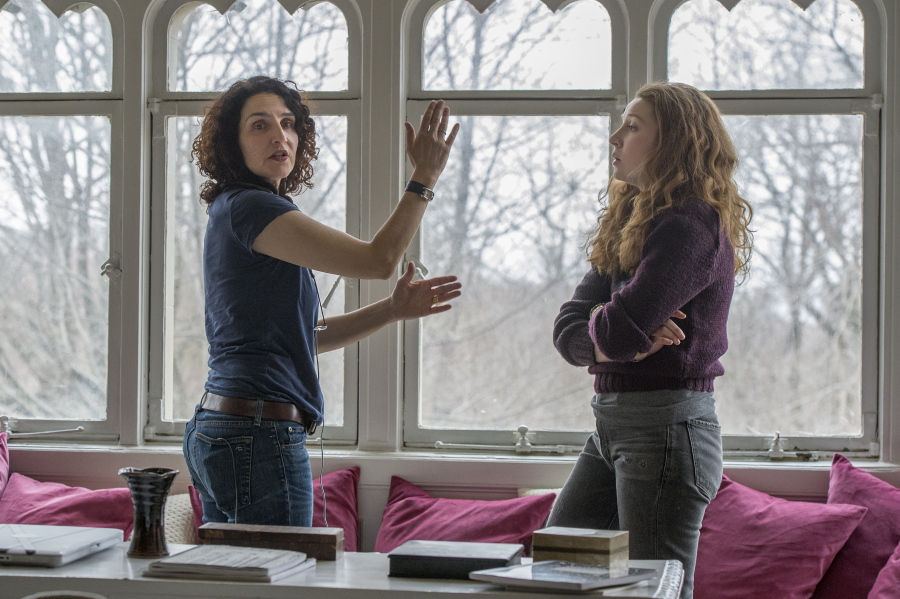 Image via The Columbian

The material for Private Life comes from Jenkins’ own struggles with getting pregnant. She never consciously considered that her own experiences would be something that she would write about and make into a film. It was a filmmaker friend of hers that told her she had something worth writing about. Currently, a lot of people, due to the nature of their lives, delay having kids because of work. They find themselves pursuing parenthood later on in life and having to deal with the consequence of having waited. The fact that she was not the only one dealing with this issue made her realize it was something she needed to write about, thus leading to the creation of this film.

Kathryn Hahn and Paul Giamatti are a Likable Couple

Usually, couples struggling with fertility issues become snippy with each other, and develop into very unlikable people at the end of the process. Rachel and Richard are an exception. This is not to say that they don’t fight. Of course they do, but they survive each disagreement because that’s what people in a marriage need to do to keep the train moving. Richard is often very upfront about his feelings, and while Rachel might not take it very well initially, she eventually takes these comments in her stride, and their marriage continues chugging along.

They are warm people, with a lot of love to give, and I enjoyed their interaction with Sadie, their step-niece. The way they take care of her and look out for her helps us to see why they would make fantastic parents. Sadie herself thinks of them as her art parents, since they are artists and creators themselves, so they understand her creative struggles as a writer.

A lot of the movie takes place in the interior of their home, so we are consistently invited into their private life — hence the title. I laughed out loud at a few moments, like when they argue about the suitability of the unbrazilian-ed vagina art work on their wall, and how it might not endear them to the adoption people, or when they asked Sadie about her eggs, and she thought they meant the kind you cook. Hahn and Giamatti don’t overplay these moments, which just adds to the authenticity of these characters.

Despite their best efforts, Richard and Rachel do get sucked into the world of trying to get pregnant, where everything just revolves around the discussions of sperm, eggs and hormones. I wondered about the ethics involved in these fertility efforts sometimes, since people like Rachel and Richard are so desperate to get pregnant, so much so that they just get sucked into one thing after the other. Each new round of IVF would mean another influx of cash, not to mention the additional procedures sometimes thrown in, like Richard’s ISCI (Intracytoplasmic Sperm Injection), which would require additional expense. And if this round of IVF doesn’t work, something new is suggested, and everything just starts up again.

Richard’s comment on how they haven’t had sex in 11 months, since they started this whole fertility chase, cements the irony of this situation. Sex should be a means of reproduction, but in this case it is forsaken for a different type of penetrative means — needles. As we get more technologically advanced, it might become more efficient to seek such methods of reproduction. However, I can’t help but think of what is lost in pursuit of this. 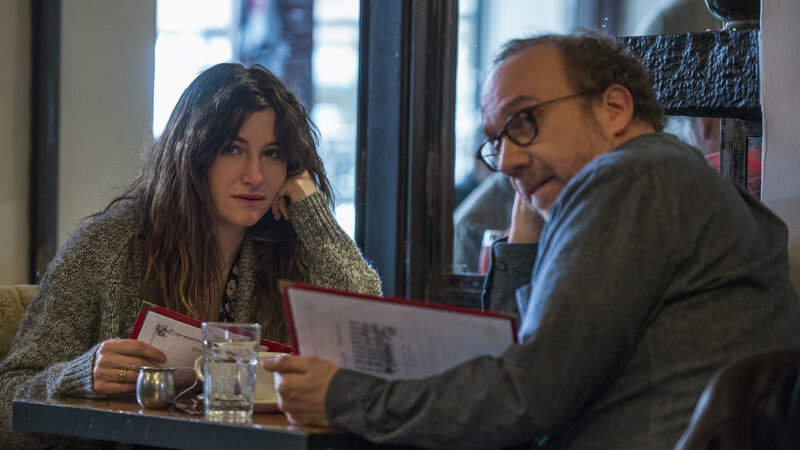 When faced with the possibility that conceiving might not be an option, adoption is readily suggested. But this suggestion is made in a vacuum of not truly understanding how exhausting and tiring this process is as well. Adoption is not the cure-all option we so often think it to be. I never really thought about the waiting involved, as well as the emotional investment sometimes ending in a state of nothingness. The birth mothers can always change their minds, deciding to raise the child themselves, or choose another couple over you.

Richard and Rachel just want a child, through any means necessary, though at moments in the movie, both the characters and the audience would reflect if all this trying is worth it.

The Struggle of Womanhood 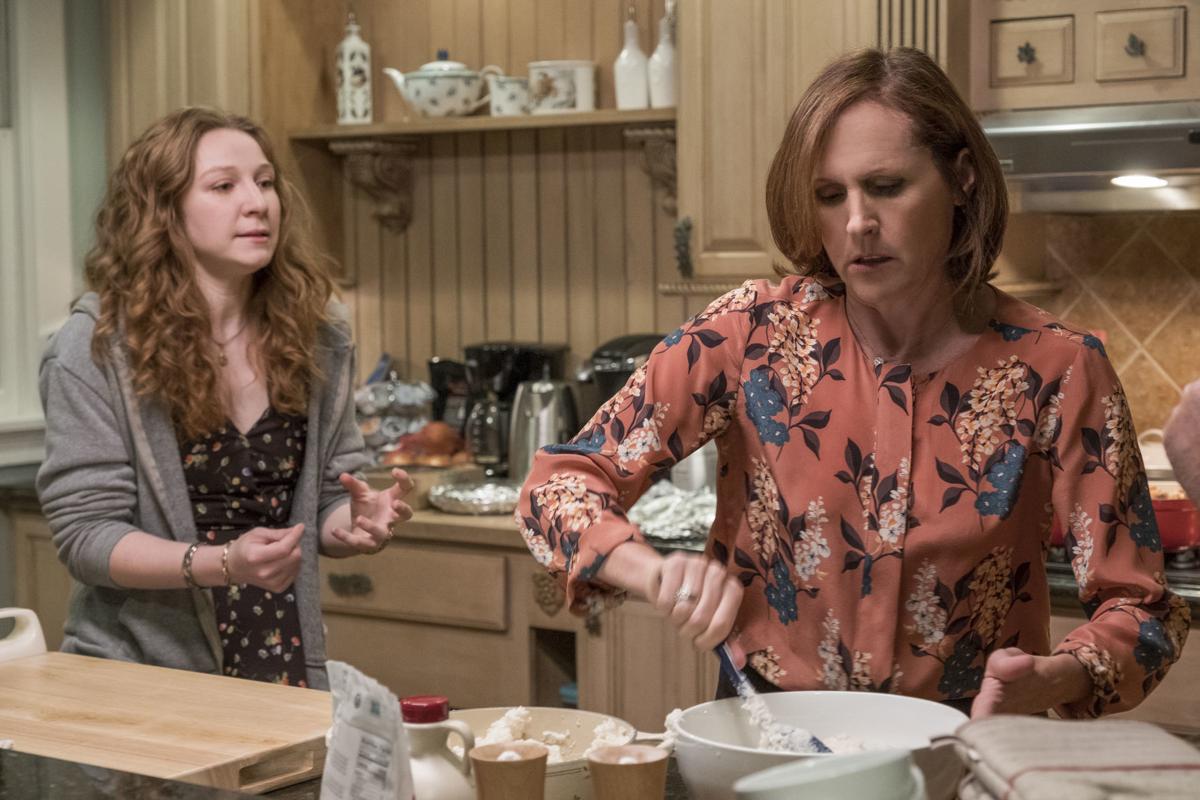 At one point in the movie, Sadie reflects on the plight of being a woman — the need to sacrifice to our societal role. Essentially, if you want to have a career first, then you sacrifice your childbearing years, and may find difficulty in conceiving when you do decide to try. Or, if you decide children come first, and usually this is decided for you when you get pregnant unexpectedly, then you sacrifice your career and any kind of individual self, because you are subsumed into the bosom that is motherhood. In other words, damned if you do, damned if you don’t. This is something Rachel has to keep pushing through as well — the fact that she has built a successful career, but with that comes a price.

As an unmarried woman quickly approaching the landmark age of 30, I found myself relating to this struggle. All my life, I put my studies and education first; dating and other stuff could come later. But now that I am at the point where I am supposedly ready, I wonder if I waited too long, and consistently reflect on how it might be too late. Maybe we can’t have it all.

Then there comes the after — when our childbearing years are behind us, and having to deal with the crazy hormones, possible hot flashes and the emerging sense of loss and inadequacy. This movie gives us a taste of everything, though thankfully resisting the urge to be too tragic and lament the woe that is womanhood. 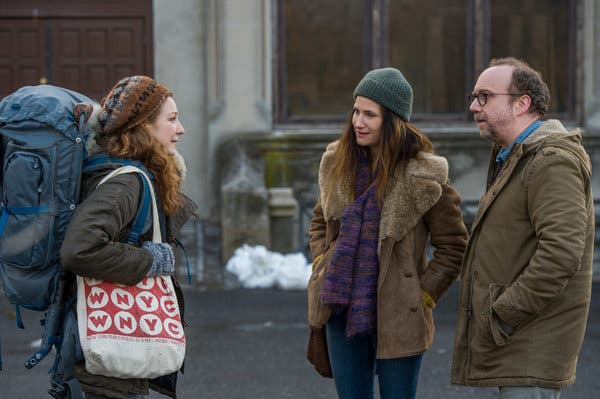 Private Life toes the line perfectly between comedy and drama, hitting the sweet spot where the humor does not take away from the seriousness of the situation. Like when Rachel reminds the doctor about Richard having one testicle, which is funny because of Richard’s pained reaction, yet it is something she does as she wants to make sure the doctor is aware of the facts.

Kayli Carter’s performance as Sadie was one I enjoyed as well. She tries to come across as worldly and mature, but in reality, she is just a wide-eyed girl still trying to find herself. O’Hare and Shannon also deliver solid performances, playing the slightly-off-his-rocker doctor and doting mom to a T.

There are nice little touches with the camera work as well, like the switch between the standard cinematic camera to the more grainy footage gained from a phone, since at times in the movie, Sadie would be filming Rachel and Richard as well as herself. It reminded me of those home movies people used to make back in the day, stirring up a huge sense of nostalgia and also serving to bring me deeper into the private life of Richard and Rachel. At the end of the movie, I felt I knew them — as people, as artists, as potential parents, and for me, that is the best testament of a well-made movie. In other words, if you are deciding to have a night in  with Netflix instead of painting the town red, this is a movie you should watch — a heavy dose of chocolate during and after is recommended.

Thanks for reading! What are your thoughts on Private Life? Comment down below!