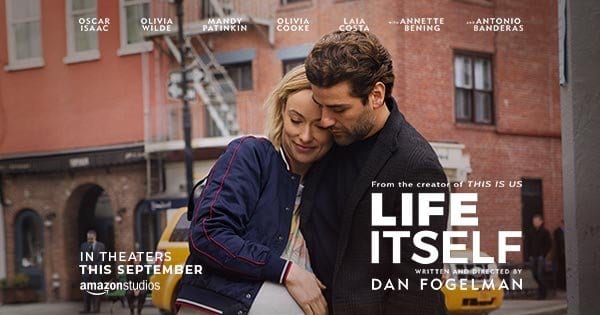 Occasionally, there’s a movie that comes to theaters that gets panned by essentially everyone in journalism. Life Itself is the latest incarnation of that movie that you heard is terrible but never had any intention of seeing in the first place. Yet, I found Life Itself quite fascinating in its failures, making it a film worth talking about in some manner.

As Will (Isaac) and Abby (Wilde) go from college romance to marriage to the birth of their first child, the unexpected twists of their life journey send shock waves throughout the world, touching the lives of others that are seemingly unconnected for a meditation on life, love, and loss.

Back in 2016, FilmNation Entertainment bought Dan Fogelman’s script for what would later become Life Itself after it appeared on the Black List. As you may or may not know, the Black List is an unofficial survey of the best film scripts circulating Hollywood that were not produced at that moment in time.

Come to think of it, how much stock should we really put into the Black List? I often feel that many pundits use the Black List to give the film some sense of prestige before the film is ever put together, or even after it hits theaters.

Allow me to show you a list of films that were put on the Black List in recent years:

All of these films were on the Black List at one point in time, and most of them are pretty deplorable films. How on Earth was the writing in Shut In ever praised?

To be fair, this list is by no means all-inclusive. For every Sex Tape there’s a Spotlight on the Black List. But maybe we should all take a step back and just relax as we hear of buzzy scripts that are being produced. It takes more than a script to make a good movie! 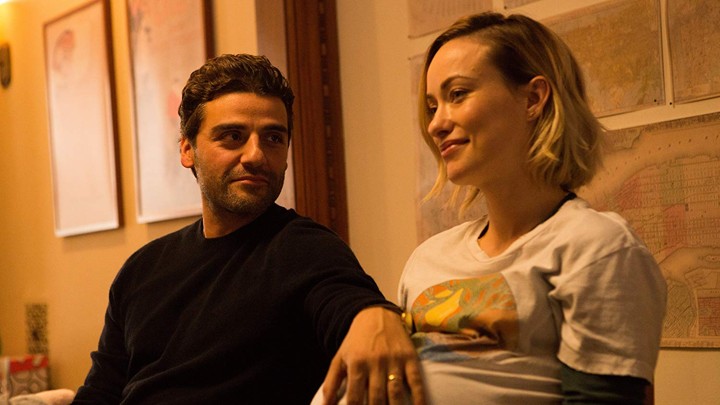 For all of my talk of lists and scripts, I can understand why Life Itself was once a highly touted project. It essentially amounts to a discussion of life and everyone’s purpose in the greater idea of existence. If you ask me, that’s a pretty admirable pursuit for a movie. Foolish, but admirable.

So that this next point doesn’t sound ironic, I wanted to preface it by saying that I mean it in the most sincere manner possible: Life Itself REALLY tries. Dare I say, it might be one of the most earnest, good-hearted movies I’ve seen in quite some time. Clearly from his work on This Is Us, Dan Fogelman wants to fill viewers with a wave of emotion, to make them feel something that they might have been disregarding. Similarly with Life Itself, Fogelman wants to lift your spirits while simultaneously leaving you in tears. We don’t get too many earnest movies like this one anymore. To be fair, Life Itself is incredibly misguided in its earnestness, but the thought put behind the feelings is certainly there.

Simply put: I can’t vehemently hate a movie with such sweet intentions. It’s like how a loving grandparent treats his or her new grandchild: all he or she wants to do is hold you tight and make sure all your needs are accounted for, keeping you content for an extended period of time.

Life Itself is Hopelessly Manipulative

But then those emotional beats play out within the context of the film, and it’s almost laughable in how absurd they are. Fogelman dangles sentimentality in front of your face, hoping that you’ll take the bait, only to then pull it away ferociously so that you immediately turn from smiles to tears. However, Life Itself forgets one detail: it is not enough to switch beats that identify with completely opposite emotions on a dime. They must also be earned.

None of these moments are earned, ever. Life Itself thinks that a few quippy lines or diatribes about the unreliable narrator — or writing itself — make it a smart enough movie to play with its audience.

Not to mention that Life Itself has a few terrible miscalculations in its staging and dialogue that make what should be heartbreaking moments downright hilarious. Similar to Collateral Beauty (remember that one?), the sentimentality is so misplaced that it becomes a farce.

The odd thing is that Life Itself has a pretty outstanding cast, all of which are giving committed performances, except for maybe Annette Bening who felt like she took a few too many pills of Prozac before filming began. The juxtaposition of serious, well-intentioned performances with blatantly incorrect staging makes you wonder if Life Itself is a well-crafted parody or not. It’s fascinating to behold.

Life Itself Says Everything that it Means

In another awkward turn of events, Life Itself feels like it was written for international audiences. With the help of a narrator and extended dialogue sequences where actors say everything that is on their minds, the movie explains to you what it’s thinking and saying at every single moment as if it’s trying to help people from other cultures understand it. Each time a character professes their love to someone or explains their life story, they go on and on until there’s nothing left to say, and nothing else to take away from that moment. Ironically, for a movie that tries to have its own explanation of life, there’s no subtext or larger meaning beyond what is objectively shown. There’s no interpretation, no deeper meaning.

Life Itself clearly has something to say, but it doesn’t understand how to do it. Its overexplanation rings entirely false. I was more likely to cry from a strong sense of pandering rather than a strong sense of overflowing emotion.

There’s always a small group of moviegoers that absolutely love this type of film. They just want to feel warm and fuzzy inside, and they’re more than willing to look beyond a few (or in this case, many) issues to get those tears flowing.

But by all accounts, Life Itself tries and fails to provide a heartwarming story on the interconnectedness of, well, life itself. It’s so unbelievably ambitious yet so inherently wrong-headed that it adds up to a bizarrely funny and fake experience. Honestly, this was one of the more odd theatrical experiences I’ve had in quite a long time.

Thank you for reading! What are you thoughts on Life Itself? Comment down below!

Your review had me at “fascinating in its failures.”

Oh, but I couldn’t resist!

Ugh. I was afraid of this. :( I am such a huge This Is Us fan that I wanted this movie to work, but… it didn’t look good.

It’s kind of one of those fascinating failures. I was never INTO this movie, but I was consistently intrigued and engaged by it 😂