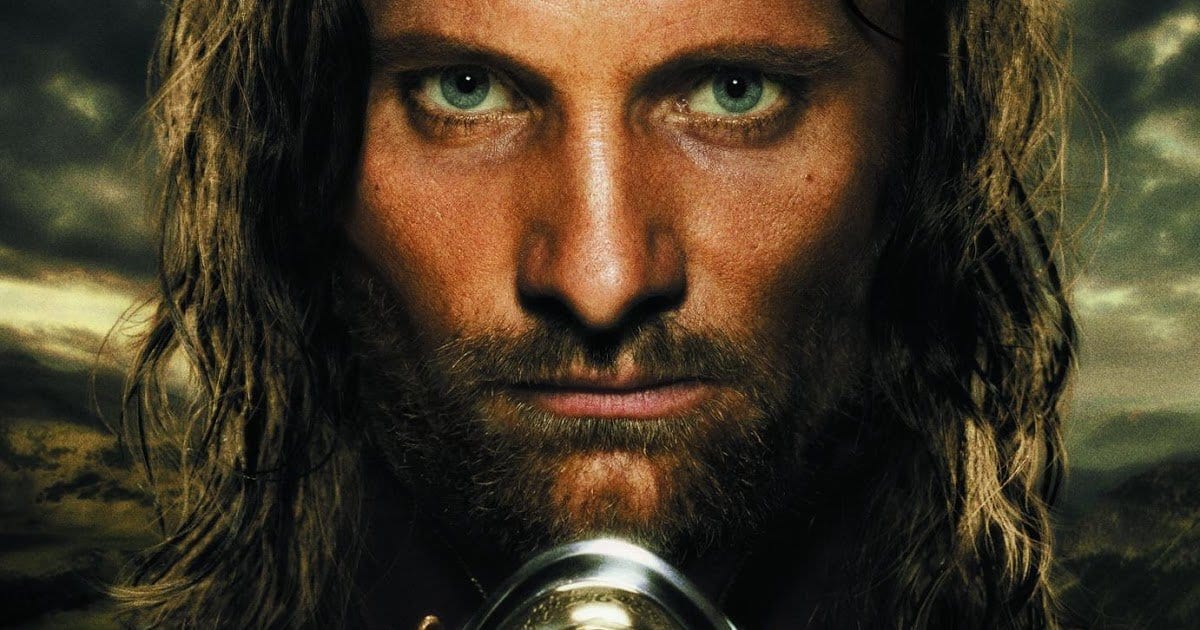 The Return of the King turns fifteen later this year. In celebration of this great occasion, let’s imagine eleven new Oscar categories, both serious and irreverent, that could have been created for the glorious final chapter in Peter Jackson’s The Lord of the Ring’s trilogy.

Let’s face it. The Academy’s refusal to give Oscar consideration to performances in motion capture is a travesty, and there is no greater proof of this than its failure to recognize Andy Serkis. His Gollum is mercurial, heartbreaking, touchingly human and utterly psychopathic. Obsession destroys and dominates him to the point of its overruling his obvious desire and need for friendship and love. In Gollum’s eyes, one sees the guileless desperation of a child and the calculating ambition of a twisted human being. Serkis’ ability to convey such dazzling complexity under such conditions makes him fully deserving of recognition.

#2: Worst Performance of a Great Speech

While Orlando Bloom does tend to embarrass himself badly in The Lord of the Rings in the acting department (my belting out ‘the stars have ailed’ still gets a great laugh at parties), there is nothing quite so awful as his mangling of Legolas’ haunting reflections on the Dimholt in The Return of the King. Be sure to read the speech before you watch the clip.

Long ago the Men of the Mountain swore an oath to the last King of Gondor to come to his aid; to fight. But when the time came, when Gondor’s need was dire, they fled, vanishing into the darkness of the Mountain. And so Isildur cursed them, never to rest until they had fulfilled their pledge.

The speech itself is chilling stuff. Bloom, on the other hand, makes it sound like the work of a pubescent boy trying to make his voice sound deeper in order to impress a girl. Bloom’s performance is fatuous, self-indulgent and lacks the ability to be both endearing and intensely serious that is vital to playing a Middle Earth elf (Exhibit A : Lee Pace in The Hobbit).

#3: Best Reassurance in the Face of Certain Death

This is a beautiful scene that is easily on par with Peter Pan’s ‘to die would be an awfully big adventure’. Gandalf and Pippin are trapped behind a door that orcs are about to smash down. Pippin expresses his fear of dying, and Gandalf decides to make us cry by addressing this fear. The genius of Ian McKellen, and the unbound expressiveness of Billy Boyd’s face, make for a poignant and emotional description of the beauty of the life to come.

Faramir riding off on a suicide mission on the orders of his mad father, Denethor, still sets me howling, even after all these years. There is so much about this scene that is devastating: the citizens of Minas Tirith tossing flowers into the path of the troops; Faramir’s heartbreaking desire to prove himself, even in death; the poignant, tragic authenticity of Pippin’s voice; the heroism of Faramir’s men juxtaposed with the triviality of Denethor stuffing his face; Gandalf sitting there, furious, unable to do a thing.

Peter Jackson’s use of slow motion as Faramir approaches the ruins of Osgiliath allows us to track this pointless process of death second by second. The sight of Faramir’s troops riding as a united front about to be smashed to pieces is stolen straight from Sergei Bondarchuk’s Waterloo, but improves on it. In The Return of the King, we get to see the faces and emotions of the riders and those of the orcs emerging from the ruins in ominous detail.

Movies, particularly fantasy movies, are not big on guys expressing their feelings, not even when they’re about to die. While Peter Jackson could have gone with this traditional approach, and Legolas and Gimli’s constant ‘I’m on seventeen!’ ‘WHAT?’ banter gave every indication that he would, the two friends’ deeply-moving exchange at the gates of Mordor turned out to be one of the greatest expressions of love ever.

Gimli: I never thought I’d die fighting side by side with an elf.

Legolas: What about side by side with a friend?

Gimli: I…I could do that.

Maybe I’ve been watching too much Game of Thrones, but I’m afraid I just don’t understand how, after growing a beard in two days so he could look wise, legitimising his rule by getting himself crowned by one of the Maiar and singing a nice song  reaffirming his status as the heir of Isildur and Elendil, Aragorn would throw all that to the dogs by randomly making out with Arwen at his own coronation. On top of that, why does everyone clap? I can’t think of any Middle Earth society that would do such a thing. I also can’t quite shake the idea that if this really happened, Legolas would start vomiting and Elrond would punch Aragorn in the face.

#7: Best Introduction of a Location

I will never forget what it was like to watch Gandalf and Pippin’s arrival at Minas Tirith on the big screen. It’s a scene that sets shock and awe at absolutely perfect pitch. The sweeping natural beauty though which Gandalf rides is blasted into insignificance as he crests the hill and is confronted with the awe-inspiring sight of the beauty that mankind is capable of creating. The stupendous sight of Minas Tirith is rendered all the more glorious by the camera tracking Gandalf’s circular path to the summit. The contrast of the dazzling white of the stones and the green of the surrounding country is also beautiful to look at, and together with the city’s architecture, is a clear nod to the castle of Neuschwanstein.

#8: Best Performance of a Great Speech:

Aragorn’s speech outside the Gates of Mordor is beautifully written and is rendered all the more powerful by Viggo Mortensen’s towering performance. It’s a speech to throw stones to, to scream to and to burst into tears to. On a less serious note, it also eloquently summarizes everything that Middle Earth is fighting for in less than one minute. This can only be a good thing when one has a battle to fight.

This isn’t entirely the fault of The Return of the King, as Tolkien was not the happiest chappy when it came to endings. The last line of the book, “Well, I’m back,’ he said,’ is often described as the most anticlimactic ending in the history of literature. Nonetheless, I refuse to believe that such a talented filmmaker as Peter Jackson could not do better than ‘okay, the hobbits are home, toasting their fortune in the Green Dragon, I could end it here; oh, wait, Sam needs to get married; okay, Sam is married, I could end it here; oh, hang on, Bilbo, Frodo and Gandalf still need to leave Middle Earth, so I’ll do a beautiful, emotional farewell that makes everyone cry, and ending the film with the ship going off into the sunset would be so lovely; but no, I’d better stick with Tolkien’s sucky ending.”

It’s not so much the order of events that I object to; it’s making every single one seem like it’s the end of the film before carrying on. Audiences no longer have the patience for this sort of thing after three and a half hours!

#10: Best ‘Here Comes the Cavalry in the Nick of Time’ Moment

The Rohirrim saving the day at the Battle of Pelennor Fields is a great ‘here comes the cavalry’ moment. What makes it so great is not so much Théoden’s fondness for talking about death and glory, but the look of sheer horror on his and Éowyn’s faces when they see the number of enemies they have to contend with and the carnage that the Men of Rohan will face when they charge. This acknowledgment of fear not only humanises the Rohirrim instead of turning them into a bunch of hypermasculine alpha males; it makes their decision to keep going despite their fear all the more admirable.

The other day, while teaching Macbeth, I got to the prophecy that ‘none of woman born shall harm Macbeth’. While discussing what this could mean, one of my students became extremely excited. She asked if this meant that Macbeth would be killed by a woman. I told her, with regret, that while that would have been awesome, it was not the case. Then, I sent her to The Return of the King if she wanted to see that put right.

The prophecy that no man can kill the Witch King of Angmar, and its fulfillment when Éowyn, a woman, sticks a sword into his face, is one of the great plot twists of The Return of the King and shows us that contrary to what many people say, Tolkien wrote exquisite female characters. The plot twist is also a stunningly clever example of Tolkien’s debt to Macbeth (another is the Ents). Thus, Tolkien has turned an awesome Shakespearean plot twist into a feminist message for the twenty-first century that Jackson executes in exemplary style.

Thanks for reading! What are your thoughts on The Return of the King’s fifteenth anniversary? Comment down below!

The kiss was funny!

I mean…which guy wouldn’t wanna make out with Arwen, lol?

How Best Performance in Motion Capture has not been created yet is crazy. Much better idea than “Achievement in Popular Film.”

Merry helped off the Witch King, too. Also not a “man” (meaning human, in that case). Goood times. :) Loopholes are nice. Ha ha.

Loopholes is the best!

‘Superman’: The Godfather of the Modern Superhero Film