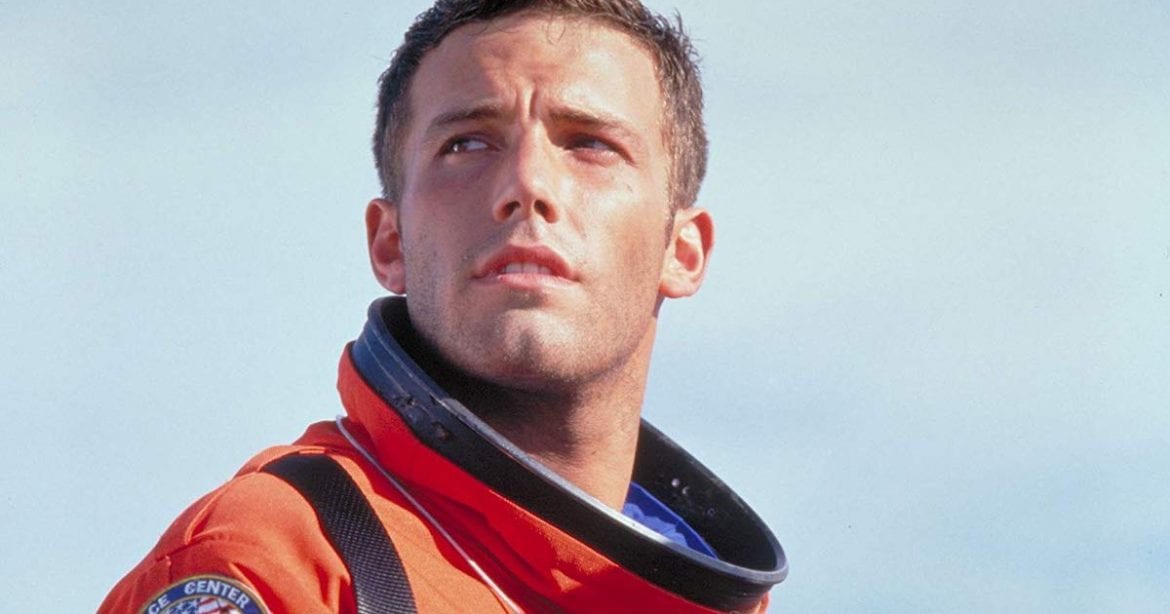 It’s so easy to miss plot holes, both as a filmmaker and a film-watcher. They can hide in plain sight and if you aren’t looking for it, you may not see them. But I can assure you that the Internet won’t miss them!

While I’m generally not a fan of the criticism the Internet generates, sometimes it can find the funniest plot holes. It can also bring up critical points in movies that are just overlooked. And what would I do during insomniac episodes if it were not for the Internet analyzing movies to death?

Signs (2002) — The water in the atmosphere should have killed the hydrophobic aliens once they entered said atmosphere.

Edward Scissorhands (1990) — Where is Edward getting all this ice to sculpt?

Eurotrip (2004) — Save some money and use a different email address!

Batman Begins (2005) — Shouldn’t that device that evaporates water kill everyone near it since human bodies have a lot of water?

The Lord of the Rings series — USE THE FLYING EAGLES!

Gravity (2013) — A lot of this movie really doesn’t make sense according to physics.

Mean Girls (2004) — Cady would have never had time to compile the Burn Book, so no one should have believed Regina’s story.

Do you know how much R2-D2 would have been able to help Luke if he’d remembered that he could fly? That has got to be one of the worst missteps George Lucas ever made in the Star Wars universe (that or adding in that weird musical number in Return of the Jedi). Sure, it’s cool to see R2-D2 with an awesome new ability in the prequels, but it doesn’t play out well here considering he doesn’t use it in the original trilogy. Of course, he could have lost that ability with a mechanical malfunction, but the fact that it’s never explained makes it a plot hole.

Buzz Lightyear (voiced by Tim Allen) is a kids’ toy who thinks he’s a real-life space ranger placed in Andy’s room on a special mission. He doesn’t understand, like the rest of Andy’s toys do, that he is a “child’s play-thing.” But, if that’s true, why does he still freeze when Andy enters the room? Would he not try to speak with Andy to let him know his mission and solicit any help? I can sort of overlook this plot hole because Toy Story is a classic Pixar film, but it still doesn’t make a whole lot of sense.

To start off, Ant-Man is seriously underrated. Paul Rudd is hilarious and a perfect fit in the Marvel Universe. However, something that’s mentioned in this film when Scott Lang AKA Ant-Man transforms into his superhero self is that, though his size may change in the suit, his mass will remain the same. If that’s so, he would not be able to ride the ants, as he would be much too massive for them to carry. Plus, anytime he grows in size (which I don’t believe he does until after this movie), he would still be the same mass as regular-sized Scott, meaning being big wouldn’t give him a strength advantage. Just another example of Marvel just kind of making things up as it goes along.

Rose really screwed Jack over this entire movie. The most glaring issue is when she doesn’t just scoot over and give Jack some room on the door; instead, she lets him freeze to death in the cold Atlantic Ocean. There was most definitely room for the both of them on there, but she decided to let Jack die anyway. Additionally, she got over him pretty quick. Despite apparently always being madly in love with him, she married someone else and had multiple children with him. So I guess she wasn’t entirely heartbroken over Jack. Basically, Titanic is the story of Rose who used Jack to free herself from her stuffy, rich life and then moved on from him when he died.

Liam Neeson is pretty awesome. But he’s not so awesome for just completely brushing over Amanda’s death. Despite the fact that part of his mission was to retrieve both his daughter, Kim, and her friend, Amanda, he seems to not care at all when he finds Amanda dead from a drug overdose. Even Kim doesn’t seem that bothered by it. I can forgive Kim, as trauma is a heck of a thing. But Bryan (Neeson) isn’t even going to shed a tear over Amanda? I wouldn’t say this is necessarily a plot hole, but I would deem it quite out of character for a man who is risking everything to rescue these two girls.

This isn’t just an issue in The Santa Clause, but I figure it’s a good example to point out this plot hole. Before I go any further, if you are a child and still have the magic of Christmas in your heart, DO NOT READ THIS. Alright? All the kids gone? Basically, the biggest problem with Christmas movies is that Santa Clause exists but people still don’t believe him. Not a big deal, right? WRONG. How do these people explain the presents that show up under their tree every Christmas if they’re not the ones putting them there? It’s just a glaring plot hole that bothers me anytime I watch The Santa Clause, Elf, really any Christmas movie.

Also, the fact that the only way for a new Santa Clause to take over is to kill the old one is a little disturbing.

#4: Harry Potter and the Prisoner of Azkaban (2004) — Okay, let’s just never use the extremely useful Time-Turner ever again.

I can’t necessarily fault director Alfonso Cuarón for this one, as it mostly rests on J.K. Rowling and her books. So, Hermione is given the power of a Time-Turner for a year to travel through time to finish all of her studies. Later, Harry and Hermione use it to rescue Sirius, Buckbeak, and themselves. But then they never use this power again. They don’t use it when Sirius dies in The Order of the Phoenix or when Cedric dies in The Goblet of Fire or when any of their countless friends die in the final movie. This leads me to believe that either Hermione destroyed the Time-Turner for no discernible reason except for the plot or they’re all just really stupid and forgot about it.

Maybe we can just chalk this one up to the power of Jeff Goldblum. But seriously — if my iPod from 2009 couldn’t connect to my iHome from 2015, I don’t think your 1996 Mac is going to connect to alien technology that’s light years ahead of Earth. Once again, this isn’t necessarily a plot hole, but it is something that you have to completely suspend your disbelief for. Then again, this whole movie is something you have to suspend disbelief for. I find it hard to believe that aliens could even think of competing with us when we have Sigourney Weaver and Will Smith on our side.

It’s a Michael Bay film — what else do you expect? When actor Ben Affleck brought up the above question, Michael Bay had some choice words for him, which quickly shut up Affleck. Well, Mr. Bay, I’m not on your payroll so I’m here to say that the premise of your movie is stupid and makes the entire film one big plot hole. You expect me to believe that NASA, the most prestigious space organization in the world, would rather trust a bunch of untrained oil drillers than their world-class astronauts? Even if one of them is Bruce Willis, that’s a little out there. Sorry, man, but I can’t believe that in the slightest. Doesn’t mean I’m not a fan of the excessive explosions though — nice special effects!

If even the director of the film doesn’t know how something happened, you know you have a plot hole. The biggest problem of Steven Soderbergh’s film is how did the heist team switch out all the money with fake money and escort flyers? We never see any of the team members entering the vault with bags at all. Not only that, but the weight of the money alone would be far too heavy for just 11 men. Honestly, Ocean’s Eleven is full of holes if you look close enough, so try not to look too closely. Just sit back and enjoy looking at hot George Clooney, Brad Pitt, and Matt Damon.

Thank you for reading! What are your thoughts on these plot holes? Comment down below!

[…] defeats the Predator with nods to what Arnold did in the first one. Mud to block heat signatures, saying, “I’m here, come kill […]

Let’s not let reality and common sense get in the way of a good movie! But excellent point about all these plot holes

Harry Potter Should Have Died in ‘The Order...