What Exactly Went Wrong With The Hobbit? 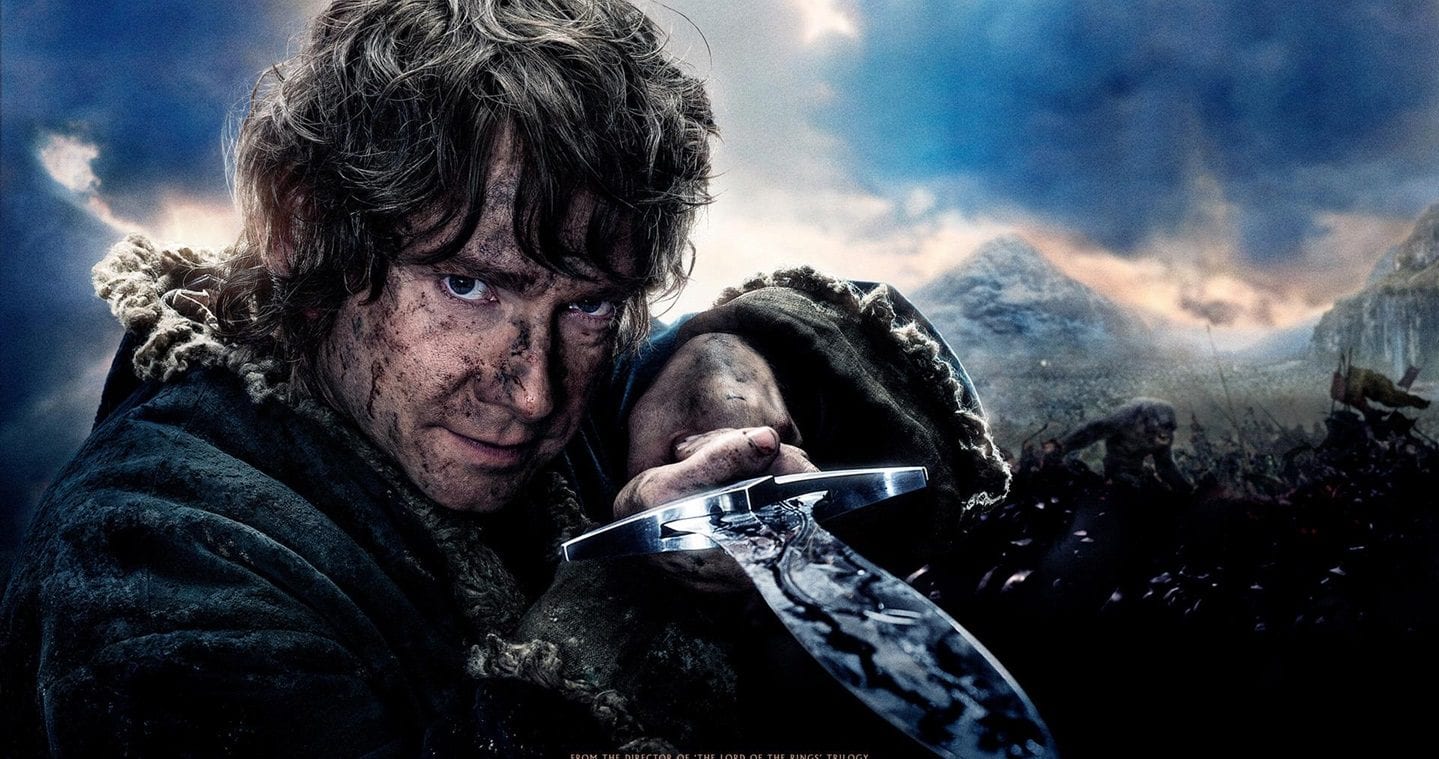 In July, Amazon revealed the first concrete information about it’s upcoming Prime Original The Lord of The Rings prequel. They announced the show runners to be Godzilla vs. Kong and Star Trek 4 writers JD Payne and Patrick McKay. The rights to the series, set to premiere sometime in the early 2020s, cost Amazon around $250 million! However, alongside obvious fan excitement, there is an underlying quiet nervousness surrounding the series. Perhaps this could be due to the tepid reception that greeted the entertainment sphere’s last trip to Middle Earth?

Released a decade following the enormously successful and critically lauded The Lord of the Rings franchise, The Hobbit trilogy — while box office smashes — never quite matched the reception of its predecessors. With the TV series at least a couple of years away, I’ll examine what exactly went wrong with the adaptation of Bilbo’s dragon filled adventure.

Let’s start with the obvious: there wasn’t enough source material for three movies. The Lord of the Rings worked because they restricted themselves. Director Peter Jackson made three incredibly long movies — all which approached 3 hours or more in run time — from three giant books. And even so, there was still plenty they left out! They had too much material and they knew this meant they could choose the best pieces and craft the perfect cinematic story to tell.

With The Hobbit trilogy it was the other way round — there just simply wasn’t enough material for three movies. To extend The Hobbit — a book shorter than all three The Lord of the Rings novels — into 3 films, was madness. Yet because people were expecting something similar structurally and stylistically, Jackson tried anyway. He used new material and narrative inventions to fill out the bizarrely long running times of each movie. These inventions, however simple, just weren’t up to scratch. The inclusion of an awkward, forced love triangle, was unpopular with fans. This was also the case with the overdone and overly drawn out action sequences.

To really drive the point home, The Hobbit: The Battle of the Five Armies is based upon only 6 and a half pages in the book — this is the titular conflict of which the entirety of a movie is based on! This means that for most of the final film, Jackson was just making things up. He put too much emphasis on fabricated one-on-one fights and on the sets that were designed solely to evoke the majesty of Pelennor Fields and Helms Deep.

This brings us nicely to The Hobbit’s second major issue: the forced grit of The Hobbit trilogy. Just as Jackson tried to replicate The Lord of the Ring’s structure, he also attempted to recreate the dark tone. He threw us into battles, into the company of dark lords, and gave us death with a side of gloomy foreshadowing. The grittiness of the original LOTR trilogy was one of the best things about the films, but it just doesn’t suit The Hobbit’s lighter nature. While The Lord of The Rings worked as an epic struggle of “Good Vs Evil”, The Hobbit is quite simply an adventure story written for children. It is only about a sheltered Bilbo exploring the big wide world.

I can see why Jackson and his writing team went darker for these films — they were expected to. Still I can’t help but think it would have been a wiser choice to stick with the book’s tone and nail that instead. To aim for The Lord of the Ring’s tone and haphazardly try to achieve it was not a good choice. Admittedly, there were moments in the films that were engrossing and well executed — like Thorin’s death after his one-on-one with Azog or the final moments of Kili. But they were still too jarring in comparison to the intrinsic comedic elements in the book’s story. Elements such as Bilbo’s scolding of the dwarfs or the stupidity of the Trolls for instance, were scenes Jackson knew were too iconic to leave out. This leaves the film’s tone conflicted and confused.

This tonal confusion is also symptomatic of the bold cinematographic choices Jackson took with The Hobbit. While Smaug was brilliantly rendered in The Hobbit: The Desolation of Smaug through motion capture of the fantastic Benedict Cumberbatch, the use of CGI was used to liberally throughout all the films. Chiefly this applies to the Orcs, all of which were constructed using CGI instead of prosthetics (as was generally the case in the original LOTR Trilogy). Just look at the comparison of Lurtz and Azog below.

Image via Land of the Shadow

It’s not that The Lord of the Rings didn’t use CGI, because of course they did! Especially for the biggest battles, the Ents, and for Sauron’s Eye, but the usage of digital effects were exceedingly more subtle. They favored creativity where they could, like with the bigature models of settlements such as Minas Tirith and Barad Sur. In general, the lack of subtly with the CGI in The Hobbit completely undermines the gritty and dark effect they were aiming for.

Additionally, the higher frame rate had the adverse effect of making things look too real, too vivid, and too bright for the human eye. The hyper realism took the film completely into unbelievable. In addition, 48fps gave the films a strikingly different aesthetic to The Lord of the Rings. This badly damaged the status of The Hobbit trilogy as its direct cinematic prequel — this concept was at the core of the reason why Jackson made the films. More green screen were also used, with the dramatic New Zealand scenery relegated to the background instead of being central stage as it was in Jackson’s Middle Earth. The combination of both the higher frame rate and the increased use of green screen and CGI, led to The Hobbit’s Middle Earth looking squeaky clean and polished. This is in direct opposition of the rugged and worn look of the original LOTR trilogy.

Too beautiful? Image via Tested.com

Troubled productions are known to have resulted in some of the greatest films in history like Apocalypse Now, The Shining, and Jaws just to name a few. This was not the case with The Hobbit trilogy. After a series of disputes with New Line Cinema, Jackson originally only signed on as an executive producer. Fantasy veteran Guillermo Del Toro had signed on as director when the film was entering pre-production —  he ended up dropping out of the two-film deal in 2010. For a while, it seemed the movies wouldn’t be made at all. New Zealand almost sued the production company for threatening to take production out of the country! Finally, Jackson agreed to direct the films and turned the two-film script into three. 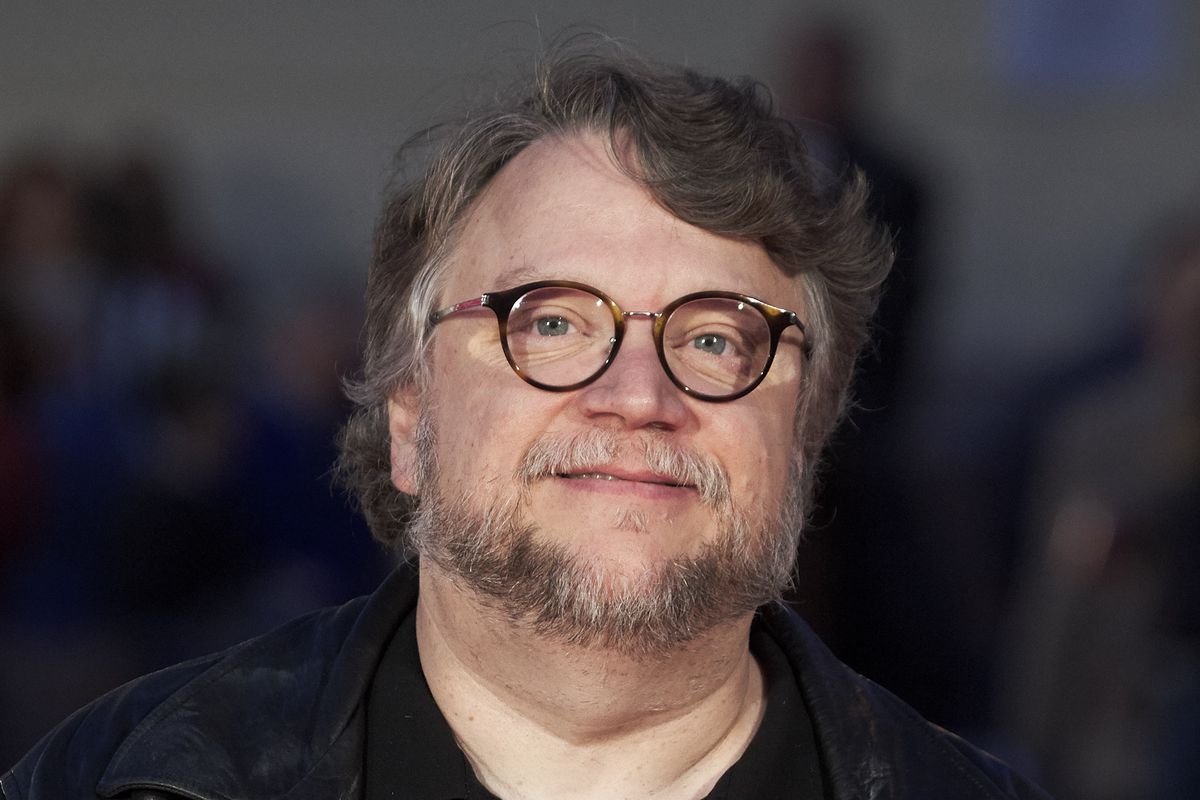 Image via The Verve

The disruption of two directors, 4-5 years of pre-production and countless script rewrites shows in the final product. The script is muddled, with new inventions and elements mashed together from a collection of different influences over the years. The stylistic decisions feel too forced and lack creativity that makes the movies’ style uneven at best. Equally, after so many years in production hell, fans were hungry for something. This undoubtedly led to elements of rushing, increasing the use of green screens and CGI — all of which were complained about by so many fans.

Still, despite all I’ve said about the movies it’s unfair to write them off completely! They are still pure fantasy films in a Hollywood climate doggedly obsessed with superheroes. They did achieve some admittedly impressive set pieces — although the final battle was overblown, its scale must be commended. As should the rendering of Smaug to the big screen, and even the higher frame rate was a landmark artistic decision that few cinephiles can rebuff!

The Hobbit trilogy definitely pales in comparison to The Lord of the Rings. But to write them off as a sluggish money grab is wrong. They were at best a miscalculated artistic failure and, to be honest, can you really be surprised? In reality the project was always doomed to fail — as many sequel projects are — because of the sheer acclaim won by the original films. Armed with lessons learned and with the knowledge that epic fantasies like Game of Thrones are successful, there’s reason for optimism for a better return to Tolkien’s fantastical realm of beasts and men.

Thanks for reading!  What are your thoughts about The Hobbit Trilogy?  Comment down below!

Great piece. I LOVE the LOTR trilogy, but never got into The Hobbit films. I liked certain aspects, like Martin Freeman’s flawless performance.

Yeah, I really hate the Hobbit trilogy, but love the LOTR trilogy.

West Side Stories, ‘Red Rocket’, and ‘The Power...