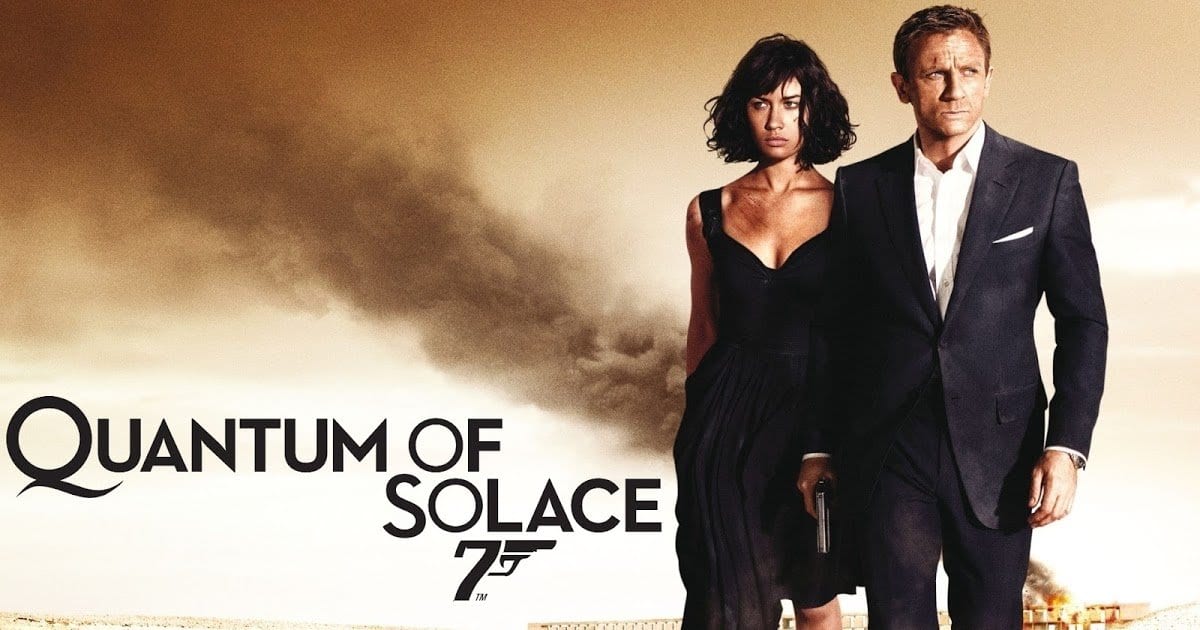 It’s hard to believe that Quantum of Solace is already ten years old. Looking back, did it add much to the James Bond franchise, or was it a low point in the series?

Bond films essentially run on a formula, and this film follows the tried and true pattern.

In Quantum of Solace, a group of bad guys want to control the world. Bond is on the case, along with the obligatory Bond girl, M, and assorted gun-toting agents. Assorted gun-toting henchman of the villain of the day try to kill him. You know, just like every other Bond movie. As we watch the car chase, the foot chase, the boat chase, and the plane chase, we might wonder why we are still watching Bond when the outcome is so very predictable. I think that is part of Bond’s charm, that the audience can check brains at the door and enjoy a mindless popcorn flick. As mindless movies go, though, this one is hard to watch.

People Chasing Each Other

The film opens with a car chase before the credits, in a tunnel, and on a hill. A couple of cars (including a police car) go off the cliff, and there is shooting. Bond gets to show off what an (un)safe driver he is, and all this with a bloke in the boot, too!

Within the first fifteen minutes there is also a chase on foot, mostly over roofs. I really can’t imagine that this would be the most practical way to escape, but it turns up in a lot of movies. Not content with tiptoeing over tiles, they then climb on scaffolding, fall through glass, and swing on ropes (as you do when you’re chasing or being chased). Bond then kills the guy that M wants to question. Surprise.

So the chasing is part of the action spectacle, bullets, explosions, death-defying (and highly improbable) escapes, etc. It gets the adrenaline going and excites the viewer. Just don’t think about the laws of physics, and you’ll be fine. (A parachute opens only a few feet from impact and two people still survive unscathed? I don’t think so.)

image via The Suits of James Bond

A Word About Shaky Cam

There are moments in films where I have seen so-called shaky cam used effectively. It’s a useful tool,  when it demonstrates confusion and point-of-view. An action sequence in an action movie needs to clearly show how events unfold. So it is not the time for confusion. This is used too frequently in Quantum of Solace and it leaves the viewer with no clear idea of the events. Who is chasing who? That boat just got destroyed, was it chasing Bond’s boat or vice versa? Wait, how many boats are involved here? If we don’t know what exactly just happened then the director has not done a good job. Shaky cam in this context hampers the narrative flow.

The Cast and Characters

Daniel Craig makes a great James Bond. He doesn’t use humor in the way other actors have done in this role. While this might make things more supposedly real, I am inclined to think that they should have kept the jokes, as humor effectively releases tension. Judi Dench could not be bad if she tried, and is always fun as M. These two characters do have some lighter moments. M asks Bond in an aggrieved tone if he could refrain from killing all the leads before they can be questioned, and later Bond tells another character that M acts like his mom. The humor is very thin on the ground, however. Bring back the jokes, please!

Olga Kurylenko, as Camille, does her best, but as this character seems to be quite stupid she has nothing with which to work. We are supposed to believe that she is some kind of agent. However, she goes right back to the man who tries to have her killed to ask why, and then seems surprised when he tries to have her killed again. This is only the first of many unintelligent things she does.

Matthieu Almaric, as the Bond villain Dominic Greene, is quite lackluster. Again this is not the actor’s fault — the character is just dull, and never rises to the larger than life stature expected by a Bond villain. Gemma Arterton, who is a capable actor, plays Strawberry Fields (really?) and seems to be present only to have sex with Bond and then get killed. She adds nothing to the story and should not be there. Other minor characters are similarly bland.

The Bit I Liked

I found a bit I liked! I felt it was a step up from the normal run of the mill action, and was well-directed. Bond goes to the opera to see what the villain is up to. He is able to eavesdrop on a meeting of the Quantum group who are behind everything. They are scattered through the audience, and converse on earpiece transmitters (clever). Bond lets them know he’s listening in, and some of them start to leave, thus giving him the opportunity to take photos and identify them.

As Bond seeks to escape, he exchanges gunfire with some of the henchmen in a restaurant and kitchen in the same building, interspersed with scenes from the opera that is continuing on stage. The entire sequence effectively uses music from the opera. A couple in the audience, as they watch the departing villains,  remark, ‘Some people can’t handle Tosca.’ I enjoyed this entire sequence – this is well-directed action. What a shame the rest of the film doesn’t measure up.

The James Bond formula is a safe and comfortable one, and I have no objections to the type of mindless escapism it provides. Quantum of Solace, however, is not a good James Bond film, due to flaws in direction and characterization. After ten years we can safely say it is not a highlight of the Bond franchise. 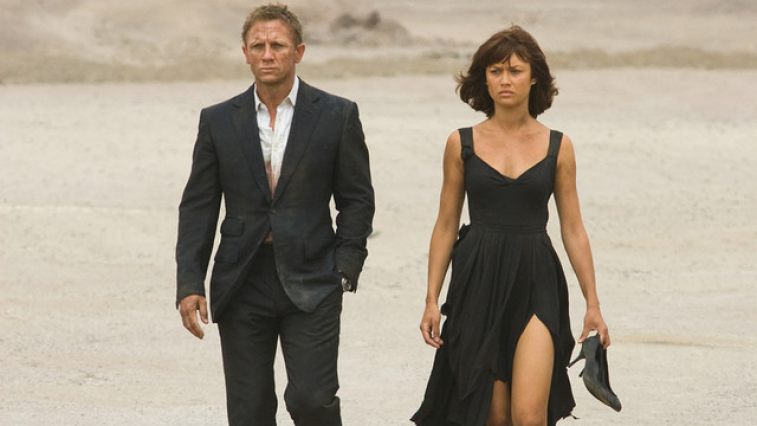 Thank you for reading! What are your thoughts on Quantum of Solace? Comment down below!

Quantum of Solace, if viewed as a standalone film, is a solid actioner. When compared to the wider Bond canon it is not as strong. Agree that the opera scene is an excellent sequence though, with great pace and direction.

I agree with you about this movie. Of course, Quantum of Solace’s script was rushed due to the writer’s strike, so the movie’s final product could’ve been better. Nevertheless, it wasn’t. Daniel Craig’s era of James Bond (to me) has always had a good film, which is then followed by a bad one….first Casino Royale and then Quantum of Solace, then Skyfall and then Spectre. Hopefully, the next Bond feature will be a good one.

I love this one more than many other Bonds. It’s got a quick a dirty vibe to it that’s kind of fun.

I think it violates the classic Bond formula in that it’s trying to be gritty and realistic and they don’t mesh. The villain’s big scheme is to gain a water monopoly in Bolivia; that’s something that might work in John LeCarre (there are several for-profit companies that have screwed people over with third world water monopolies) but in Bond? It just doesn’t lend itself to thrills.

Game to Film Adaptations and Why They Are...