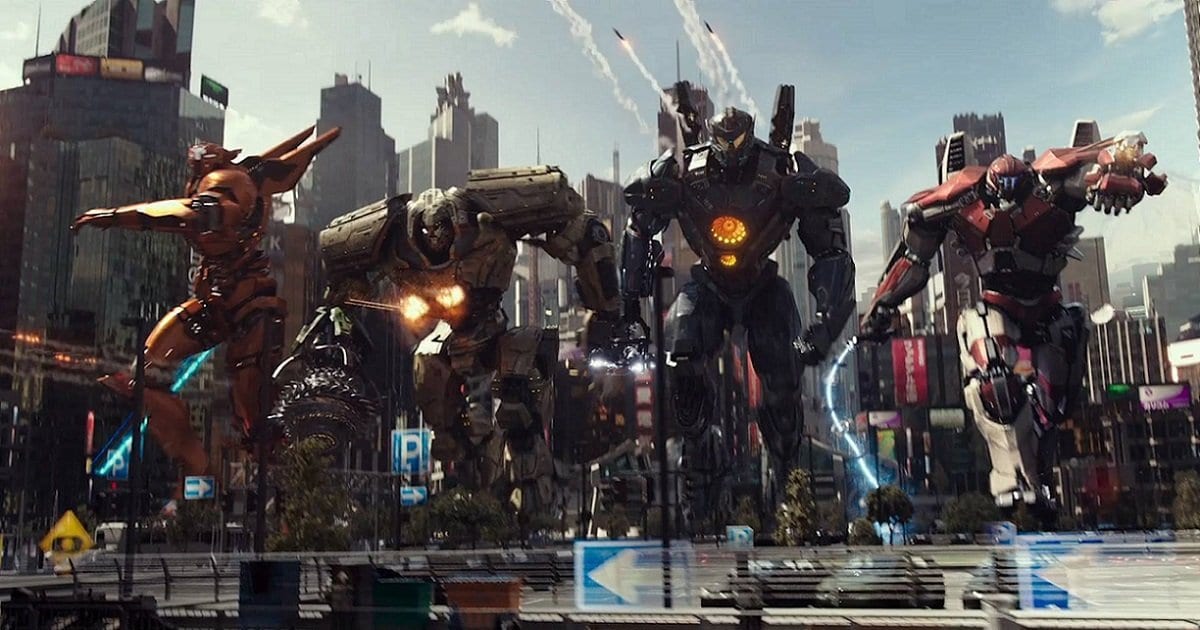 You ever notice that action movies are getting more and more ridiculous with time? It’s laughable but also entertaining to watch. Pacific Rim (2013) is literally about robots fighting ginormous monsters. And this movie did so well that Legendary Entertainment created a sequel, Pacific Rim: Uprising (2018). It’s amazing to see the American taste in horribly unrealistic action movies evolve to become more and more absurd with time.

What is it with us craving these crazy action film franchises? I honestly can’t answer that. But, let’s look at some of the more harebrained of recent history.

Giant alien sea monsters emerge from the depths of the Pacific Ocean (because where else would they come from?) and humans have created huge robots to combat them. Obviously, you’re going to witness a lot of hardcore robot versus lizard alien monster action and it will inevitably involve massive explosions and widespread destruction (it wouldn’t be an action movie if you didn’t destroy an entire city in the process). Get ready for lots of fighting and death and “Wait, is that even possible?” On the bright side, we do get to see John Boyega in the second film.

I’m not going to lie: Jaws is a pretty awesome franchise. Lots of blood and shark attacks makes for a great action/horror movie. But, there are clearly a lot of factual errors and cinematic flaws. First of all, sharks don’t develop a taste for human flesh like our friend Jaws did. Sharks don’t often have a sense of drama, so they don’t slowly terrorize their prey before killing it (complete with theme music). And they don’t viciously attack boats like their lives depend on it. Other than that, the Jaws franchise is a stunning group of educational films about why teenagers shouldn’t go boating or try to fight sharks.

Expensive cars, explosions, and excessively sexy actors (who have more muscles than personality). All the right ingredients for another cliché over-the-top action franchise. Vin Diesel, Eva Mendes, Paul Walker, Gal Gadot, Dwayne Johnson, Kurt Russell, Charlize Theron, Jason Statham, and Jordana Brewster all starred in this franchise at some point, so at least there’s some talent. Not to mention the addition of rapper Ludacris (for whatever reason necessary). While it’s not exactly realistic, you do get to see some nice cars in action, and that definitely bumps it up a few points on the awesomeness scale. This movie is just like Michael Bay took a syringe full of testosterone and injected it into the camera. In true Michael Bay fashion, explosions riddle the screen and the protagonist turns from wimpy teenager/middle-aged male into a badass action movie star. It’s basically a run-of-the-mill action franchise that appeals to your everyday American male and also worldwide audiences (you don’t need to know English to understand explosions).

Let’s establish something right now: any movie with Arnold Schwarzenegger is probably going to be pretty ridiculous, mostly because he’s ridiculous (you don’t get that big without selling your soul to the devil…or steroids). But this one really takes the cake. Not only is Schwarzenegger jacked beyond belief, he also plays a cyborg assassin sent back in time to kill Sarah Connor (Linda Hamilton), mother of a man who will begin the future resistance against Skynet — the cyborg assassin organization. There’s also the impending threat of nuclear holocaust. Basically, your regular futuristic, Cold War 80’s franchise. 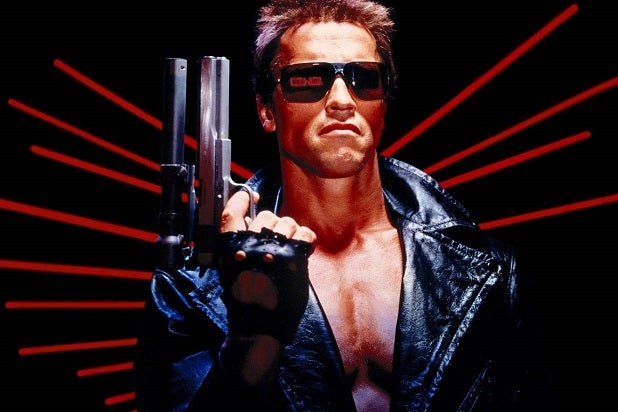 Serious question: how much blood does Quentin Tarantino think is in the human body? I think he’s grossly overestimated it.

This franchise looks at reality — and throws it all out the window. Everyone is trying to kill everyone. People are getting shot in the head and somehow surviving. Pistols are hidden in boxes of cereal. There’s a group called the Deadly Viper Assassination Squad. And there’s a crazy knife/sword fight. As escapism, it’s a great movie. As realism, I would suggest going with Avatar (2009) instead, since blue people are easier to fathom than all the blood that came out of this movie. Sylvester Stallone blowing up things with bigger and bigger guns and stabbing people repeatedly with machetes is basically click-bait for ninety-percent of the American population — even me. Sometimes it’s nice to watch a bit of mindless entertainment. But when there’s more blood in a movie than there is story, that’s a sign that this film isn’t going to win any Oscars soon. The least it could do is make it a little more believable. I mean, Rambo taking out an entire camp of Burmese soldiers with just his bow and arrow is just a tad unrealistic.

This franchise is based on the question of how many times John McClane (Bruce Willis) can get himself into trouble without dying. Spoiler alert: McClane is actually immortal and never dies. It starts out basic enough: McClane has to save himself and a bunch of hostages from a group of evil East German terrorists led by Alan Rickman. Instead of buying a quiet house in the country and ridding himself of all contact with the outside world after his harrowing ordeal, he decides to kill even more terrorists and save even more hostages. On the way, he spills enough blood to fill up a dump truck and uses guns big enough to kill four grizzly bears at the same time. Very realistic.

Oh, and there are explosions. Lots of them.

I don’t even know what to say about this franchise. I am aware that this film is intended to be comedic — it clearly achieves its concept. It’s an absolutely hilarious parody of a disaster/horror flick. A freak cyclone ends up picking up a bunch of sharks in the ocean and dumping them in Los Angeles where the poor citizens are viciously consumed. Later, the franchise moves to bigger waters (pun intended) in New York City and Washington, D.C. to consume all those citizens with sharknadoes. 10/10 on the rationality scale.

The moral of this story is always keep a chainsaw handy in case you need to absolutely destroy a giant shark.

This is the ultimate homage to 1980s and 90s over-the-top action films. Featuring ensemble casts of some of the most prolific actors in action movies, the premise of these films is to create as much death and destruction as possible while making sure to give the audience nice profile shots of the protagonists’ chiseled bodies. I’m honestly not quite sure how to describe the plot of these movies, other than assassins and mercenaries trying to kill various targets with very large, very deadly guns. But, that’s basically all you need to know, right?

Thanks for reading!  What are your thoughts on top 10 ridiculous action movies? Did we miss any?  Comment down below!

The Sharknado franchise is absurd. This is a fun article!

I don’t know If it’s fair to name Kill Bill and Pacific Rim as franchises after two films.

Good point. But there has been talk of another installment of Kill Bill and you just know Pacific Rim is going to get yet another sequel.

Even so. Until It happens…

I really don’t think Taranto will be doing another Kill Bill. He’s only going to do two more movie then retire. Production has already started on his ninth film Once a Time in Hollywood. I’ve heard that his last film was going to be the next Star Trek, but there have been issues with the production company, so his tenth and final film might be something else.