10 Years of ‘Drag Me to Hell’: A Cult Director Pays Homage To…Himself? 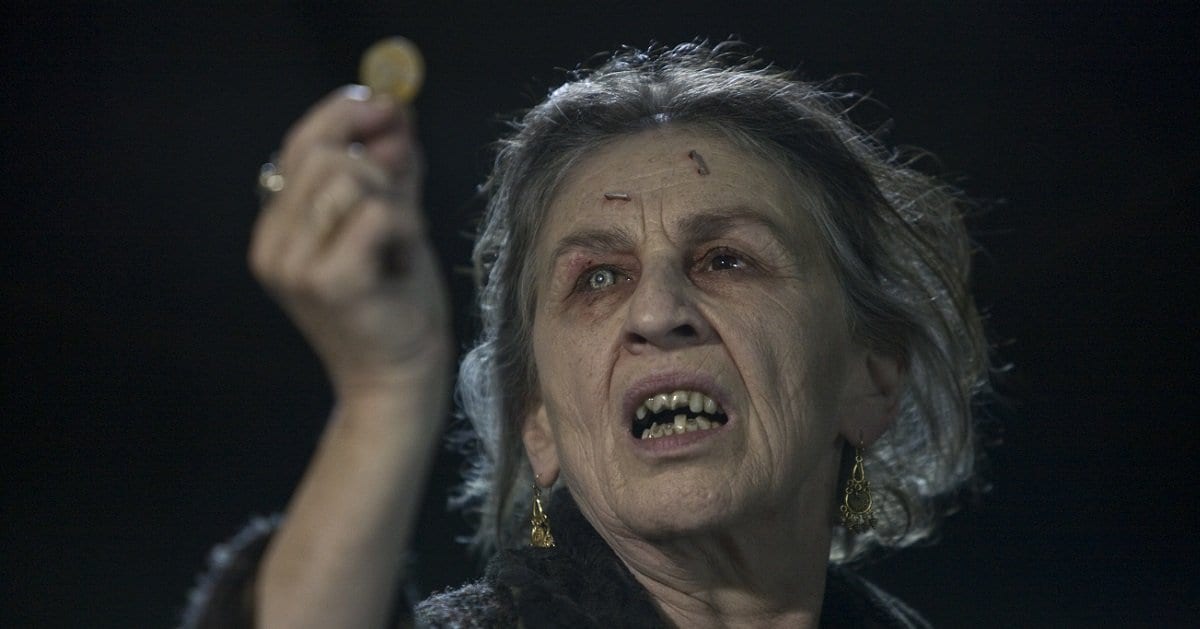 It pains me to say that about a filmmaker as imaginative and influential as Raimi. But the truth is that the director’s best work — indeed, his most recognizable within the cultural zeitgeist — have been the iconic Evil Dead series he spawned and his (in)famous Spider-Man trilogy. The rest of his oeuvre, unfortunately, seems reserved for his most die-hard fanatics.

Perhaps no Raimi joint better proves this than 2009’s Drag Me to Hell, which celebrated its 10th anniversary last week. The movie met with widespread acclaim upon its release. Many hailed it as Raimi’s triumphant return to horror thrillers after nearly a decade of superhero flicks. But does Drag really deserve its status as one of the best horror films of the 21st century? 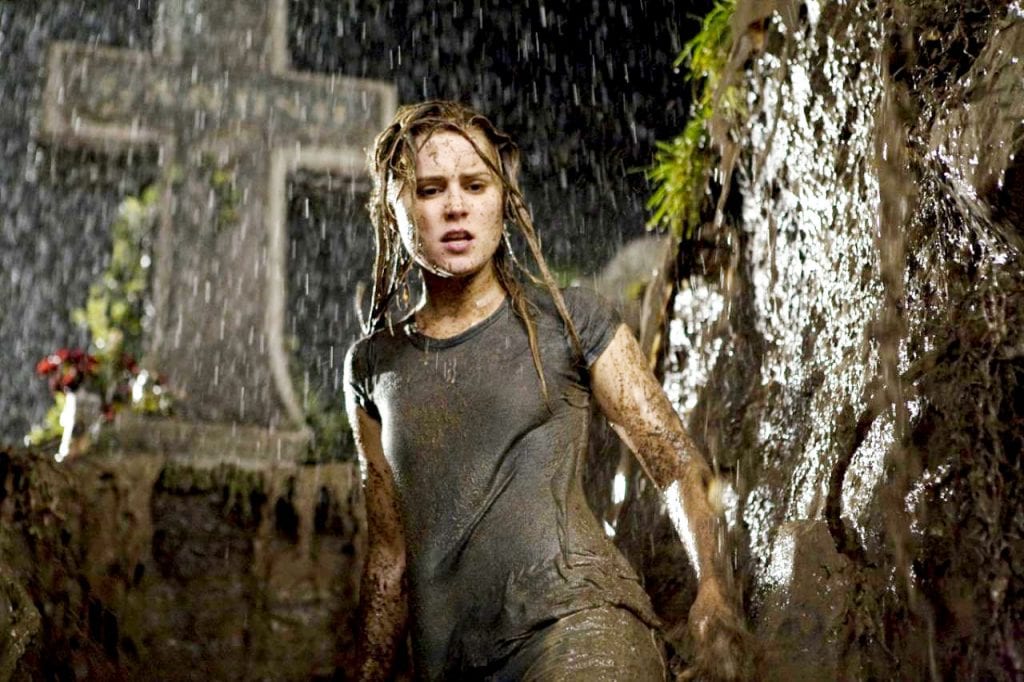 Image via The Best Picture Project

Christine Brown (Allison Lohman) works as a loan officer at an L.A. bank and hopes to snag a major promotion. To prove her ability to make difficult decisions, she denies a mortgage extension to an elderly Eastern European customer named Sylvia Ganush (Lorna Raver). An angered Ganush later attacks Christine en route to her car. In the ensuing snafu, Ganush swipes a button from Christine’s coat and curses it.

Concerned, Christine and her boyfriend Clay (Justin Long) consult the help of mystic seer Rham Das (Dileep Rao). They ultimately learn from Das that Christine is being haunted by a demon known as the Lamia, which will take her to Hell in three days. As she races against the clock to reverse the curse, Christine finds herself subject to horrific hallucinations at the hands of the Lamia.

A Bygone Era of Film…Reborn?

Raimi obviously intended this movie to be an evocation of the schlocky, low-budget cult horror films of the 1960s and ‘70s. In that respect, to a certain extent, it succeeds.

The film opens with a vintage 1960s Universal logo, and the ‘When in Hollywood, come visit…” bumper used by Universal in the ‘70s pops up post-credits. The actors mostly give stilted, over-the-top performances, much like amateurs in a no-budget slasher would. Even the movie’s title — Drag Me to Hell — makes it sound like a cheap, gory exploitation flick from back in the day. 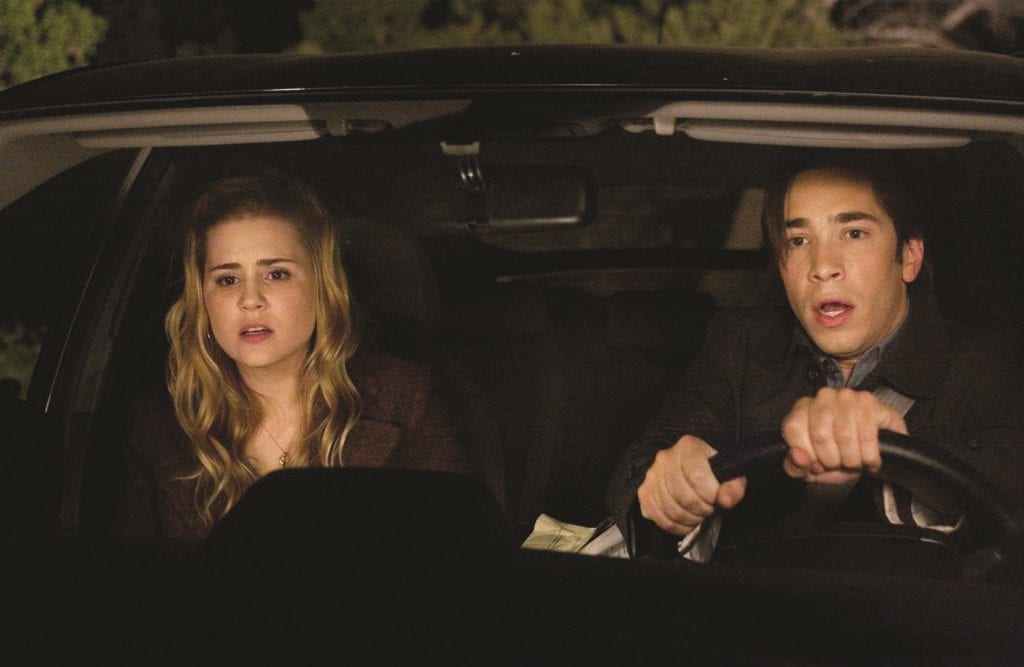 However, the film falls rather short of its midnight slasher pedigree. One of the key issues lies in its rating. Raimi decided to make a PG-13 movie out of a story that calls for an R-rating. As a result, Drag is just too tame, and it has trouble deciding exactly what kind of story it wants to be. Peter Deming’s slick, streamlined cinematography doesn’t quite vibe with the movie’s action, and the balance between broad slapstick and outright horror winds up a tad out of whack.

One scene that illustrates this indecisiveness involves a vision-prone Christine spewing blood all over her boss (David Paymer), whose immediate response is to ask, “Did I get any in my mouth?” It’s a moment right out of some lost entry in the Scary Movie series, only those films are up front about what they are and what they’re trying to do.

Raimi’s script and direction repeatedly muddle the mood of the film like this. It’s far too self-aware to be funny and too ironically detached to be scary, so it settles for instilling its audience with a stupefying sense of bewilderment. 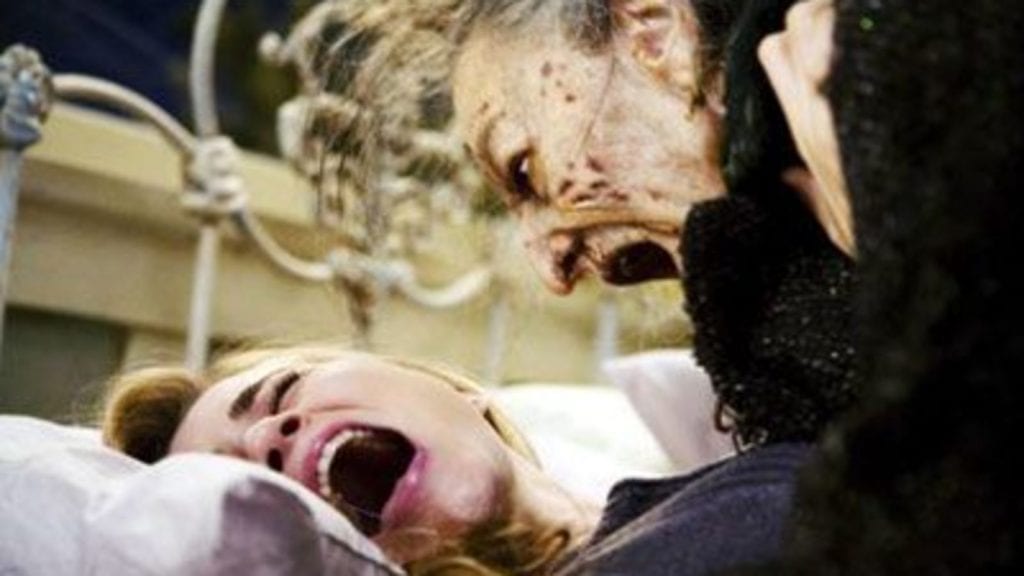 An Exhausting Descent into Film Hell

Don’t let what I said earlier about the rating mislead you: Drag is plenty graphic and disgusting. It depicts Christine’s hallucinations with a disturbing and sporadically impressive vividness. She envisions corpses crawling with maggots, eyeballs popping out of a slice of cake, a ghostly handkerchief that nearly makes her crash her car. At one point, she murders her cat as a sacrifice to the Lamia; no actual violence is shown, but we can see tiny ribbons of blood spraying every which way from offscreen. Eugghh.

That’s the problem, though. All these creepy moments just bleed together into one interminable parade of tedious jump scares. The whole ordeal quickly reaches the point where it’s far more exhausting and obnoxious than spine-chilling. 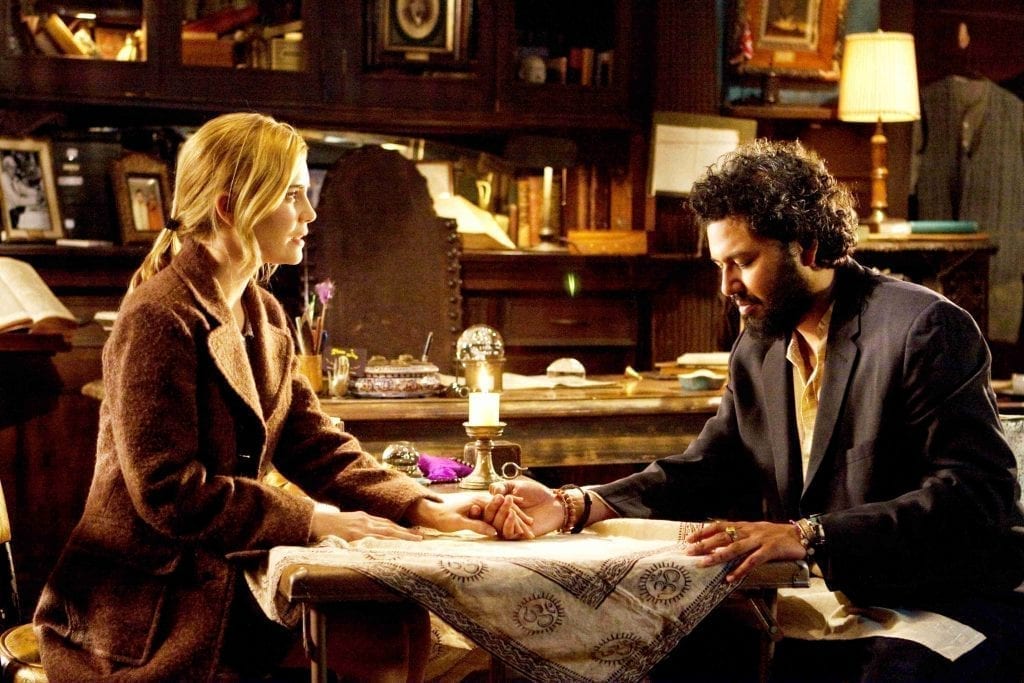 Lohman does her best to salvage the role of Christine, but the movie doesn’t seem to care much for its heroine except in her capacity as a human punching bag, tossed through one pointless torture after another.

That lack of respect extends to other characters as well. The archetypes of the evil Eastern European woman and the East Asian mystic had already long since worn out their welcome even in 2009, and Raver and Rao add almost no new dimensions to those unpleasant stereotypes. (This, of course, is much more Raimi’s fault than theirs — a severe case of lazy screenwriting.)

In the long run, Drag Me to Hell simply isn’t worth the energy it demands of its audience. It’s painfully repetitive, and the bits of humor peppered throughout aren’t enough to sustain interest. Watching it now, it’s difficult to see why audiences a decade ago embraced it so fervently. Now if you’ll excuse me, I’m gonna go marathon the Evil Dead trilogy again.

Thank you for reading! What are your thoughts on Drag Me to Hell? Comment down below!

[…] The Grudge (2020), the filmmakers, including original American producer Sam Raimi, went more with a side-quel type story instead of a full-on reboot. This film follows a new […]

Uh… I actually like this movie and I find it smart with its critique of the need to be successful at work and the need to make money for the sake of it. Also, it’s clear that Raimi had fun making this one, while the same cannot be said for Oz The Great And Powerful, for instance.

As for the non-franchise movies by Raimi, let me point out that A Simple Plan is probably his best movie ever, with an amazing Bill Paxton!!!

“The rest of his oeuvre, unfortunately, seems reserved for his most die-hard fanatics.”

Someone hasn’t watched A Simple Plan or The Gift. He’s at his best when he tones it down, but Drag Me To Hell made 4 times the box office so he’s going to go with that I guess.