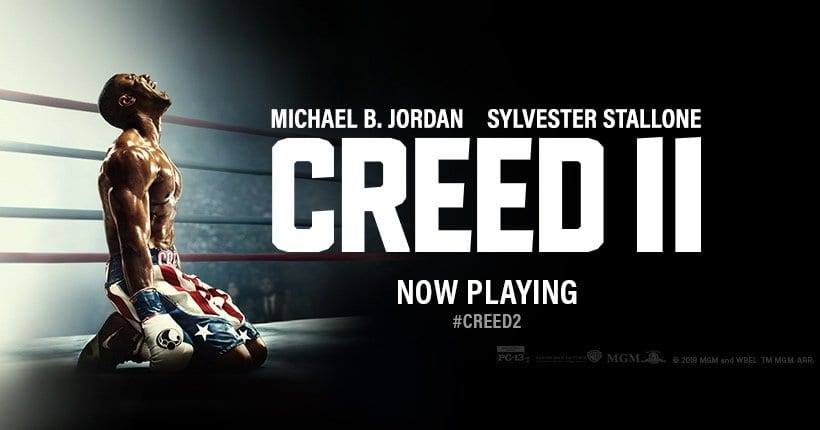 As a lifelong Rocky fan, it’s always an exciting time when a new film in the franchise is set to debut. The pressure is high for Creed II as it is following the exceptional Creed. With Creed, Jordan, Stallone, and director Ryan Coogler created a masterpiece very reminiscent of the original Rocky, but by updating the classic underdog tale they created a new inspirational series for a new generation.

Creed II taps into that history and blurs the lines between the Rocky and Creed series. By bringing back a past generations biggest villain in Ivan Drago, Creed II does the impossible in creating a worthy follow-up to Creed as well as a sequel to Rocky IV that I never knew I wanted.

Adonis Creed continues his journey to step out of his father’s shadow and create his own legacy by first stepping through the ending of his father’s in hopes of bringing redemption to his family. A rivalry from the past appears to challenge him in the shape of the son of Ivan Drago, the man who killed Adonis’ father. Rocky Balboa must once again confront Ivan Drago as he prepares Adonis for a challenge he never imagined would emerge.

Drago, on a path of redemption for the past 30 years, will stop at nothing to make sure his son Viktor does not fail and bring glory to their family.

Rocky Balboa was my childhood hero and not much has changed in the last 40 years to alter that — though Rocky V really did try. I wanted to put that out there first so you know where I am coming from. Rocky IV was a childhood favorite for many people, as is the normal story for most people growing up in the 80’s. For a lot of people if you bring up the Rocky series, most people will follow that up with, “which one did he fight the Russian?”

Creed II attempts to bring Rocky’s most memorable challenger — outside of Apollo Creed himself — Ivan Drago back into the picture. This could have gone so many ways of bad. I am proud to put this right out in the front that Creed II did exactly what it needed to do to make this story work.

More Than What It Should be

What was surprising was how much more they were able to add to the simple concept of Apollo Creed’s son versus Ivan Drago’s son. The team that was put together to tell this story was perfect from top to bottom. The writing, directing, acting, and everything in between work wonderfully to tell this story of redemption, loss, hope, and giving it all that you have.

We all know the Rocky formula by now and not much has changed. However, it’s what you do with that formula that makes not just a Rocky film but a great film that can inspire.

Creed was a great example of how to be successful with the Rocky formula. Creed came out of nowhere and was a powerful piece of filmmaking. I will always stand by the fact that both Jordan and Coogler should have been recognized far more than they were for that film. After seeing Creed II, I stand by that idea and hope that some serious recognition is heading for this team for what they did with this film.

Everyone performed admirably in Creed II. The performances pulled you into this film, and made you feel for what was happening on the screen. As is known, these films aren’t simply just action movies, or sports movies, they are family dramas dealing with all of the flaws that we deal with on a daily basis. You have to have the right people in place to tell that kind of story.

Can we just give Michael B Jordan his Oscar yet? I mean, for real! Every role he touches he adds a level of believably and passion that brings his performances to life. Creed II is no different. Jordan builds Adonis’ legacy on the shoulders of his hard work as he encapsulates the character and who Adonis is at this stage in his life.

I’m gonna say it: Tessa Thompson is a national treasure. She has made every project since Creed a must see in my eyes and deserves all of the success she is currently finding. Whoever cast Thompson and Jordan opposite each other deserves a raise. It was a pleasure to watch Bianca and Adonis continue their journey together, and they are a great duo to lead this series much like Rocky and Adriane were in the original.

The rest of the supporting cast including Stallone, Phylicia Rashad and Wood Harris all shine in their supporting roles, especially Rashad who is always a pleasure to see on any screen.

Surprising me the most was Dolph Lundgren who came out of nowhere and somehow broke my heart by the end of this film. I didn’t know that was coming or he was capable of such a performance. I tip my hat to you, sir.

Cat’s in the Cradle

Creed II, at its soul, is a story about fathers and sons, and how much those relationships can affect how we live our lives. This film branches out to find as many of these tortured relationships as it can to show the viewer how important these dynamics can be and how to forget and forgive in order to forge ahead and be better for the next generation.

Going into Creed II, it seemed obvious that this would be the path they chose to explore with having Creed vs. Drago and the rich legacy of their fathers. What I wasn’t expecting was the depth they took, and how they weaved a journey of discovery all the way to the film’s conclusion.

The theme of fathers and sons is one that has been done countless times in many different ways. Creed II excels in telling this story in a way that makes this theme relatable, heartbreaking, and uplifting without skipping a beat. 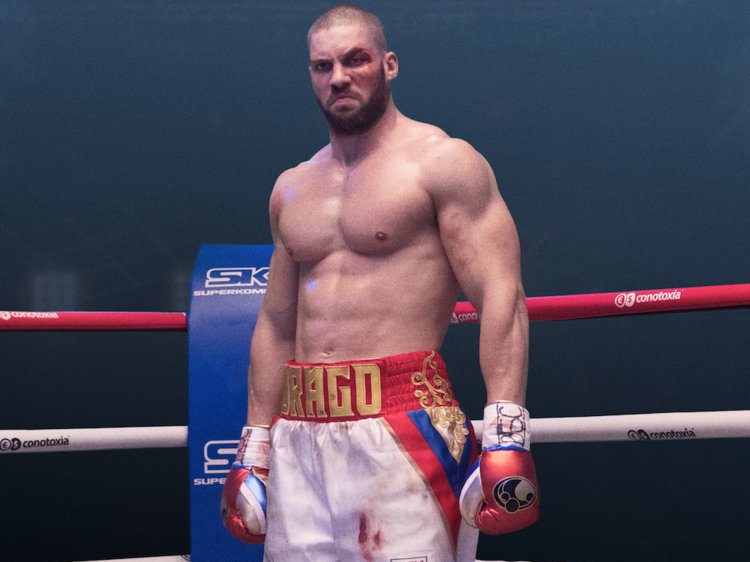 Creed II does the impossible of being more than just another Rocky movie. The performances and themes on display in this film are top-notch and show what happens when you have a good journey for your characters to venture out on.

What should have been a phoned in sequel living off of the legacy of what came before it instead becomes a worthy follow-up to one of the best movies of the last few years in Creed. I was nervous that Creed II could fall in the hokey category with the Creed vs. Drago story line but instead we are given a story about fathers and sons trying to carve out their own paths at all costs.

Every character is fleshed out and given a purpose. We watch them love, hate, hurt, and find redemption even when it seems like that path is long past. Any film that can put that much depth into its characters is deserving of much praise and Creed II took it to levels of complexity that I didn’t know were capable within this story. Outside of the smallest of pacing issues towards the final act, Creed II will end up being one of my favorite films of the year, just like its predecessor.

Thank you for reading! What did you think about Creed II? Comment down below!

I almost lost my mind when I first saw this trailer! Rocky 4 is not only my favorite Rocky movie but one of my favorite sports movies ever. And to see the story finally continued in Creed 2 was a treat. This movie is better than its predecessor thanks to the anticipation and story it gives, 10/10