Remembering a Man’s Stories: A Tribute to the Life and Career of Albert Finney

We here at MovieBabble must strike another mournful tone as we’ve lost another incredible talent of cinema: Albert Finney. An unspecified illness was cited by the family as the cause of death.

Albert Finney left behind an impressive six decade long film career in his 82 years of life. There’s no shortage of online obituaries out there celebrating this great man, but I felt that I had to say something too. This short obituary won’t be a comprehensive guide to his career but rather a personal statement to how Albert Finney has enhanced my life through his great acting skills.

When a great performer dies, the headline usually lists one or two of the performer’s most well-known films. As expected, these two films cannot even come close in summing up the heights of their careers. This is especially difficult in Finney’s case.

Albert Finney as the dashing young Tom Jones in 1963’s The History of Tom Jones. Image via EW.com

For some he will always be Tom Jones in the successful 1963 adaptation of Henry Fielding’s novel The History of Tom Jones. For others he will always be the greatest on-screen Ebenezer Scrooge (for me that will always be George C. Scott). For others he will be greatest cinematic portrayal of infamous literary detective, Hercule Poirot (minus Kenneth Brannagh‘s awe-inspiring mustache). Some will recognize him as Oliver “Daddy” Warbucks, the adoptive father of red-headed Annie. Tim Burton fans will know him as the storytelling patriarch from Big Fish. And so on.

Many cineastes out there will have a different favorite Albert Finney role. To my mind, no film role really defines him. The first time he made an impression on me was in the Coen Brothers‘ prohibition gangster epic Miller’s Crossing as Irish Mob boss Leo O’ Bannon.

If you’ve seen the film, you can probably guess which scene in particular made an impression on my young fragile mind. It was the scene which showed Bannon’s particular proficiency with a Tommy Gun, which eventually led to one glorious display of exploding blood squibs. And while Bannon was skillfully gunning down his trenchcoat-wearing assassins, a beautiful rendition of “Danny Boy” plays in the background. It’s undoubtedly the most badass Tommy Gun scene ever made. 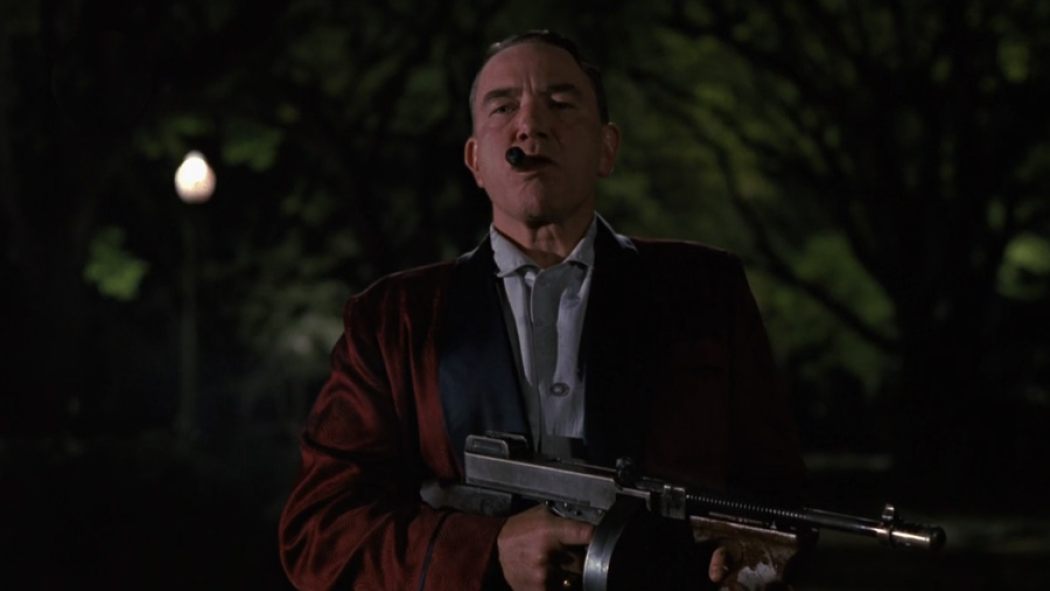 This leads up to my one nagging issue with Miller’s Crossing: Leo Bannon’s minimal role in the proceeding narrative. He seemingly disappears in the second half of the film, and while there was plenty of amazing talent on screen (most notably Jon Polito, another great performer who is missed), I always wished Finney had a bigger part.

The second time Finney made an impression on me was when he played Kilgore Trout in the 1999’s disappointing adaptation of Kurt Vonnegut’s classic novel, Breakfast of Champions. I do not have any particularly strong love for this film, especially since the original novel is one of my favorite books. But Finney was a perfect Kilgore Trout. He perfectly embodied the character I imagined from the novel. For me, he saved most of the movie. Whenever I read a Vonnegut book and Kilgore Trout makes his usual cameo, I always picture Albert Finney. 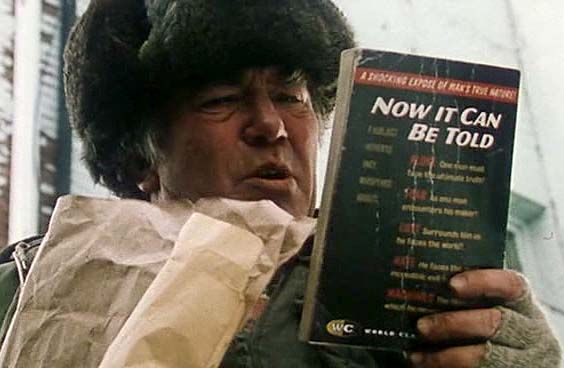 Albert Finney as Kilgore Trout in Breakfast of Champions. Image via Pinterest.com

Finney is also notable for having been cast to play numerous great historical figures, such as John Paul II, Ernest Hemingway and, probably most notably, Winston Churchill in the 2002 TV film, The Gathering Storm. He was even a reliable supporting player in Steven Soderbergh films such as Traffic and also in Erin Brockovich, for which he received one of his four Oscar nominations.

Albert Finney as Winston Churchill in The Gathering Storm. Image via Variety

He played important roles in two spy franchises, from Jason Bourne to James Bond. (Skyfall would also be his last ever film role). But if you ask me, his last great performance was undoubtedly in Before the Devil Knows You’re Dead, the final film from directing legend Sidney Lumet.

Albert Finney as Kincade in Skyfall. His last cinematic performance. Image via Den of Geek

In Before The Devil Knows You’re Head, a crime drama centered on a broken family, he portrays the grieving patriarch who’s seeking vengeance upon the death of his wife during a robbery gone bad. When he discovers the true perpetrators behind the robbery, he makes a horrifying and tragic decision. It’s hard to choose a stand-out performance in that film, as everyone from Phillip Seymour Hoffman, Marisa Tomei and Ethan Hawke are all great, but Finney certainly deserves a mention. His final scene in that film still haunts me to this day.

Albert Finney as Charles Hanson in Before the Devil Knows You’re Dead. Image via Hollywood Reporter

But there are still countless Finney performances I haven’t seen yet, that are still there for me to discover. From years on, I know I will coming across such a performance which will amaze me to no end. I know this won’t be the case just for me, but also for many people out there.

He might be gone, but so as long as cinema is around, he won’t ever be forgotten. He was just that good.

Thank you for reading! What are your thoughts on the passing of Albert Finney? Comment down below!

Great post and homage’ to Albert Finney. I thought that he was great in The Big Fish. What a great performance. I began to think that it could have been true. Finney was a great actor and he aged to fit the times. Better than many of the Greats.

Yep, his Poirot is my fave cinematic performance of the character!

The Dresser with Tom Courtney was one of my favorites..

Definitely! (I should watch that one again.)

Martin Scorsese to Teach an Online Class in...