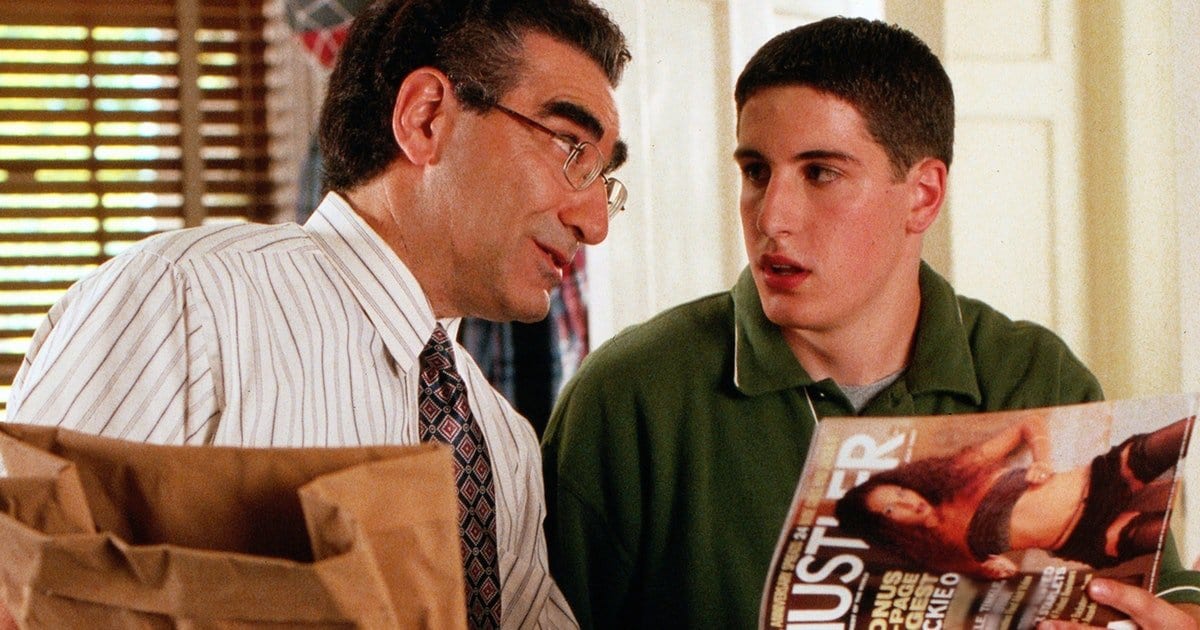 When your young, sex is enticing, mysterious and confusing. You want to appear confident, mature and wise, but the reality is often very different than the image.

This year is the twentieth anniversary of American Pie. My generation’s answer to Animal House, American Pie is the story of four young men who are about to graduate high school and want to lose their virginity before graduation. What starts out as a simple goal becomes complicated.

Female Characters are Finally Given an Equal Share of the Spotlight

In most sex comedies, the spotlight is mostly on the male characters. If there are any female characters, they are usually relegated to one or more of the following caricatures: the sex bomb, the innocent girl next door, the girl that no one wants to get near with a ten-foot pole or the hot older woman who can teach a thing or two about sex. In American Pie, the female characters go well beyond those stereotypes. In this world of teenage male fantasies, not only do these women hold their own, but they also have their fair share of the fun.

Nadia (Shannon Elizabeth) is the sex bomb foreign exchange student who Jim (Jason Biggs) has had a hankering for. He invites her to his house and turns on the webcam, expecting not only to have sex with Nadia but to broadcast the event to his friends. Somehow the whole school gets access to the link. Instead of having sex with her as planned, he is humiliated for all of the school to see.

Heather (Mena Suvari) is the innocent girl next door who is part of the school choir. Chris “Oz” Ostreicher (Chris Klein) is the jock who initially joins the choir for the spotlight. His teammate, Stifler (Seann William Scott) thinks that joining the choir is a joke. But Oz will learn that Heather is more than the innocent girl next door, she might just be a good fit for him.

Michelle (Alyson Hannigan) is the band geek and Jim’s second choice for a prom date. In the social hierarchy of high school, Michelle is near the bottom. Enthusiastic and over the top, Michelle chews Jim’s ear off about band camp until he reluctantly asks her to prom. The evening is not going well for Jim, until she says the following: “This one time, at band camp, I stuck a flute in my p*ssy”. And then during sex, the following exchange occurs:

Not what one would think of when they picture the typical high school band geek.

“The Talk” Speech is Hilarious and Cringeworthy

At some point in our young lives, our parents sit down to give us “the talk”. As awkward as this conversation is in real life, it is twice as awkward in the film. Jim’s father (Eugene Levy) tries to give his son “the talk”. Instead of being informational, the conversation is hilarious, cringeworthy and leads Jim to have sex with apple pie that his mother has left out in the kitchen. I think that it goes without saying that having a legendary actor like Levy playing the role only adds to the comedic elements of these scenes.

Jim’s father is like many parents in teenage movies. They usually hover somewhere between being the parent and friend and end up looking ridiculous in the process. This relationship between Jim and his father works for the film, especially for the teenage audience then and now. To give the character some credit, Jim’s dad does try to speak to his son on his level, which can be considered to be an effective technique when talking about a sensitive subject like sex. However, given that this film has a slight satirical element to it, the scene between Jim and his father is more comedic than heartwarming.

The Legacy of American Pie

When I think of this film, I think of the emotional, physical and spiritual journey that we all go through as high school ends and college begins. Those few months are often the first step that we take from childhood to adulthood. In the same vein, American Pie is a transformative film. It is both descendent of classic comedies like Animal House and the progenitor of the modern teenage comedy.  More recent high school films such as Superbad and Booksmart owe a debt of gratitude to this film.

Another aspect of American Pie’s legacy is its maturity. Unlike previous high school sex comedies, where the narrative was just about the act itself, there is more to this narrative. Each of the four main characters goes on a journey and finds out a little more of who they are while trying to accomplish the goal of losing their virginity. It is that journey that makes this a compelling film and reminds audiences that after twenty years, American Pie still holds up as a classic high school sex comedy.

Thank you for reading! What are your thoughts on American Pie? Comment down below!

[…] with coming-of-age films. In particular, I loved the high school party comedies like Superbad, American Pie, and Dazed and Confused. I loved the wild nature of these films, I loved how cool the characters […]

It’s been one week since you looked at me…🎵🎶😆

One of my favorite movies I liked Finch despite his akwardness and we were the same age. She shocked the mess outta me when she talked about the flute because to be honest I was getting sick of her too! Great, funny film~!