Carey Williams and KD Davila deliver an extremely stressful film that packs one hell of a punch. 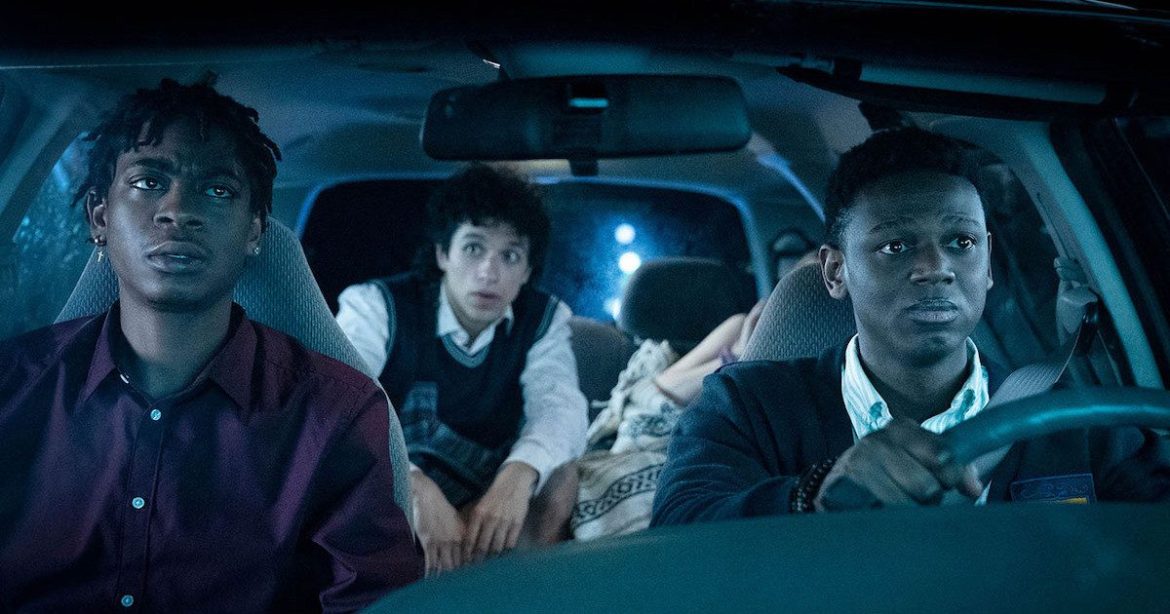 Director Carey Williams has an exceptionally powerful film on his hands with Emergency, the first great film I’ve seen at the 2022 Sundance Film Festival. Based on his short film (that also premiered at Sundance) of the same name, Emergency follows Kunle (Donald Elise Watkins) and Sean (RJ Cyler), two young Black men rapidly approaching the final days of their undergraduate degrees. The two (primarily Sean) decide that with their college days together coming to a close, they want to go out with a bang by having a legendary, wild night of carefree partying. That all rapidly flies out the window when they find an unconscious white woman passed out on the floor of their house. Too afraid to call the cops because of how unlikely the truth of their story is, the night quickly spirals into an escalating nightmare.

A massive amount of credit goes to KD Davila’s screenplay which starts as a film you have seen countless times, before pulling the rug out from under your feet as it escalates exceptionally well and manages to somehow entertain you despite dealing with incredibly distressing narrative developments. Virtually every single character choice feels totally plausible and logical, even when we dread the inevitable outcome. With that said, a massive amount of credit also lands on the lead performances by Watkins, Cyler, as well as Sebastian Chacon who plays the duo’s roommate, Carlos. All three performances embody their characters and walk the line of being incredibly charming as well as terrified of the dreadful possibilities their situation seems to have in store for them.

In a lot of ways, Emergency reminded me of Get Out: both films forced me (a white person) into an experience that I have the privilege of never having to endure because of the color of my skin. Both films challenged me, upset me, and moved me on a level that few films ever could because they allow me a perspective that, having now experienced, make me want to be a better and more aware person. It’s pretty rare to walk away from a film feeling rattled and exhausted in a way that makes you feel grateful for what the medium is capable of allowing the viewer to feel. There are few films that can navigate the number of tones that Emergency does without feeling like a mess that doesn’t know what it wants to be. It is also rare to see a film this powerful be this wildly entertaining and thrilling.

Ultimately, Emergency is a darkly funny and disturbing film about America. It’s a film about being a minority and trying to traverse a series of systems designed to dehumanize, vilify, and hold you to the pavement. In Superbad, one of the three main characters spends a night with two police officers who, knowing he is a high schooler, get him drunk, let him shoot their gun, and help him get laid. In Emergency, the characters don’t even make it to the first party. Therein lies the problem.

Thank you for reading! What are your thoughts on Emergency? Comment down below!