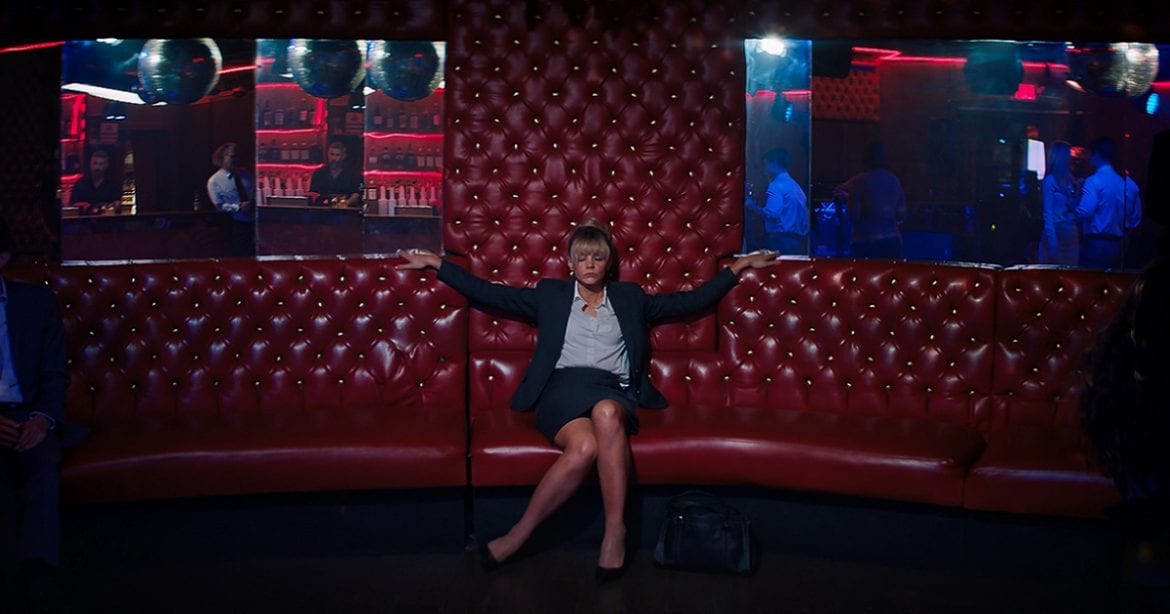 In September of 2018, Christine Blasey Ford became the central figure of the nation of America when she testified before the Senate Judiciary Committee and leveled credible accusations of sexual assault against Supreme Court nominee Brett Kavanaugh. Her testimony created widespread emotion on a national basis, but she remained calm and respectful as she answered the questions leveled at her about an assault that has caused her a lifetime of trauma. Kavanaugh, on the other hand, yelled at the questioning senators in his testimony before the committee. He infamously became defensive to an uncomfortable level about his alcohol consumption (described as a drinking problem by many of his friends and acquaintances of that time in his life) with the infamous line “I like beer.” He even went as far as to throw Minnesota Senator Amy Klobuchar’s question back to her as if she was the person seated where he was: on trial for sexual assault. Klobuchar, who had described her father as an alcoholic before her questioning, had asked him if he had ever experienced a “blackout” while drinking. Where Christine Blasey Ford was calm, patient, and professional in her hearing, Brett Kavanaugh was emotional, explosive, and angry.

The Republican majority of the Senate voted to confirm Kavanaugh to the Supreme Court without an investigation into the accusations of Dr. Ford.

Promising Young Woman feels like a film forged in the fiery anger of the women across America who watched this shameful moment in American history happen.

Carey Mulligan stars in this film as Cassandra. In a brilliant opening scene, we see her in a bar having had too much to drink and struggling to even keep her eyes open. A group of three men looks on in a manner that immediately implies menace. One of the men (played by Adam Brody) approaches the heavily intoxicated Cassandra and offers to get her a cab so she can get back to the safety of her home. Naturally, he has different motives and they end up back in his apartment where he attempts to take advantage of her. Little does he know, Cassandra has had the upper hand in this situation from the moment he approached her in the bar.

I knew nothing about this film walking in. I have since watched the trailer, but while viewing the film, this moment caught me completely off guard and it was an incredible thing of catharsis to experience it that way. The film then reveals itself to be a film about a woman who at a point in her life, had something tragic and unforgivable happen. By day, Cassandra works in a coffee shop and lives with her parents, ambivalent about both her occupation, as well as her living situation. But by night, Cassandra enacts justice by confronting the men who attempt to take advantage of her when she poses to be in a vulnerable demeanor. All this changes when Ryan, a man she knew from the time she spent in medical school (played and cast perfectly by Bo Burnham) enters her coffee shop and she begins to develop a romantic relationship with him. 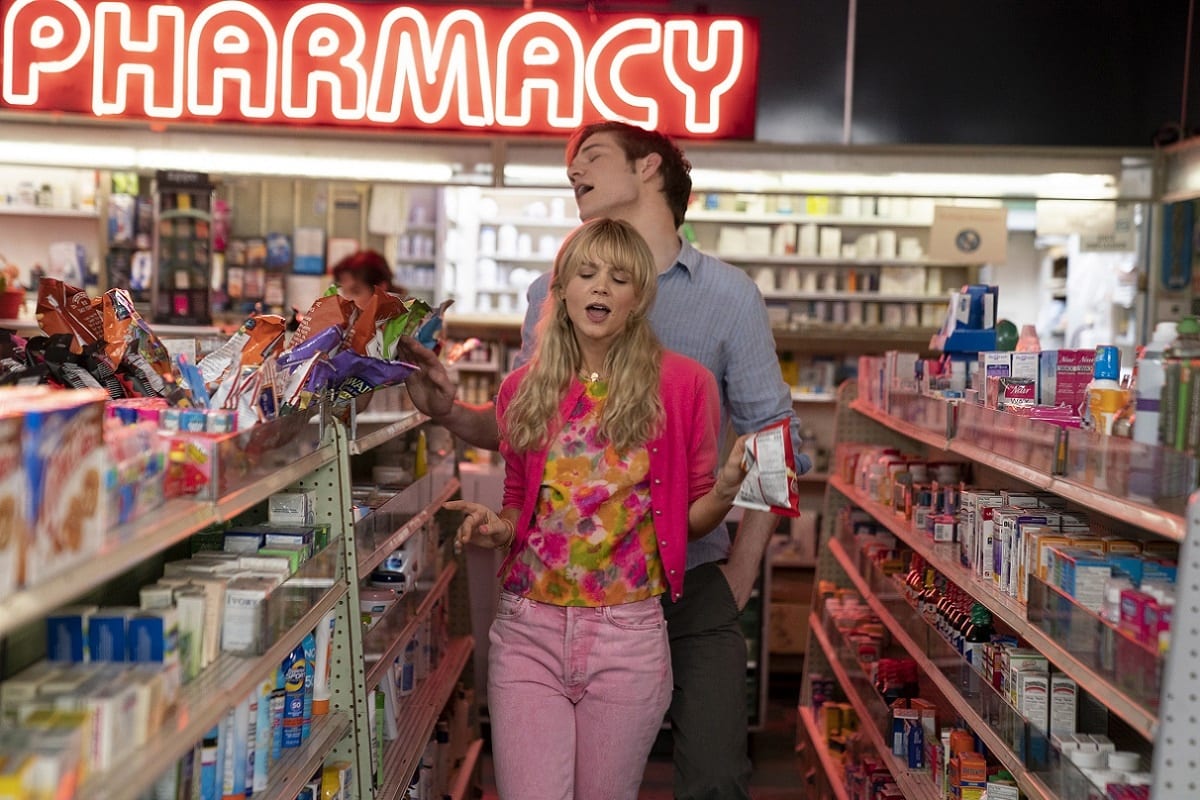 Carey Mulligan gives the performance of her career here. Cassandra is badass, vulnerable, terrifying, warm, intelligent, distant, and forbidding many times in the same scene. There is a reaction shot in the third act of the film that has been subtly built up that really allows Mulligan to show off just how fantastic an actress she is. She also seems to be having a great time and it’s sublime to see an actress talented to the degree Carey Mulligan is get a role that utilizes her in the ways that this film does.

In many ways, I was reminded of Drive, another film with Carey Mulligan, particularly due to how stylized this film is and how vividly color is used. However, where the lead character in that film was an explosively violent maniac who wanted to be good, Cassandra is a vigilante who has motivation you can get behind and is far more sympathetic. In other words: Carey Mulligan could do Drive, but Ryan Gosling could never do Promising Young Woman. This is a film about trauma, and what it can do to a person, especially in a society that either doesn’t manage it, or ignores it altogether, pretending it never happened. It’s also about the inherent flaws in our institutions that allow sexual assault to go unpunished, or worst: reward those who inflicted it. It all feels so timely and to come from a place of deep honesty and anger that I can’t imagine this not finding an audience who deeply embraces it.

Despite the heavy themes, it is also a very funny film. Much of the comic relief comes from Bo Burnham, and I do believe Mulligan and Burnham have strong romantic chemistry as well. Much of the conflict of this film stems from Cassandra juggling two clashing directions her life could go: one powered by the anger and pain that has defined her, and one where she lets go of that anger and allows herself to be happy. The directions the film goes with this conflict are wholly satisfying, both narratively and emotionally but they also feel like the logical way for the narrative to progress to. The film never takes the easy way out when I feel it could have at many points.

I do have one flaw with this film, but it is very spoiler-heavy so I will do my best to talk around it. There is a scene in this film that I found to be very bold and disturbing. I felt that it could have proven to be a very strong representation of what happens in this world, and the movie in a very slight way undercuts it. I do like what happens after this point in the film, but I felt the film could have been very provocative if it had followed through, but I also think it wouldn’t have reached the levels of emotional release that it does if it had. At the end of the day, Promising Young Woman is a pulpy thriller. It is meant to be immensely gratifying and provide catharsis, and it does so in spades.

Overall, Promising Young Woman is an excellent, and deeply watchable thriller about the current moment in America, and the many voices that have gone unheard or been suppressed in this moment. It is also an angry condemnation of the institutions that allow the perpetrators of sexual assault and violence to not be held to any level of accountability while attempting to provide people the illusion of accountability to save face. It’s thrilling, disturbing, hilarious, and emotional on a level that very few of its kind are. It is always immensely fulfilling to find yourself thinking about halfway through the film: damn, this is a great movie!!

Promising Young Woman is just that: a great movie.

Thank you for reading! What are your thoughts on Promising Young Woman? Comment down below!

[…] found in rural England just before World War II. The two main female characters are Edith Pretty (Carey Mulligan), who owns the land, and Peggy Piggott (Lily James), one of the archeologists working on the […]

[…] Young Woman is that for this year, and I knew the moment I first saw the poster. Visually, this movie is insane! It’s eye candy, and more than a half dozen times I just breathlessly uttered “why” […]

[…] and creatively shot, wrestle with a powerful theme, and feature an incredible lead performance. Promising Young Woman is that for this year, and I knew the moment I first saw the poster. Visually, this movie is insane! […]

[…] Speaking of those raps, Blank kills it in the writing department. Conversations are nuanced and provocative as often as they get playful and catty, and the bars people spit are that but to the extreme. And, […]

[…] Speaking of those raps, Blank kills it in the writing department. Conversations are nuanced and provocative as often as they get playful and catty, and the bars people spit are that but to the extreme. And, […]

[…] amount of prominent trans people offering their insight is undeniably staggering. Laverne Cox, who doubles as one of the film’s executive producers and key creative authorities, shepherds […]

[…] Nays Baghai’s film chronicles Kiki’s life as a professional ice freediver, following her from frozen lakes in Finland to swimming under icecaps in Greenland as she pushes her physical and psychological limits and inspiring others to achieve what was not thought to be possible. Along with Kiki’s astonishing physical feats, Descent explores how Kiki found this treacherous aquatic activity as a means of coping with the trauma of a sexual assault. […]