30 Years Later, ‘Say Anything’ Still Has Me Wishing For My Own Lloyd Dobler 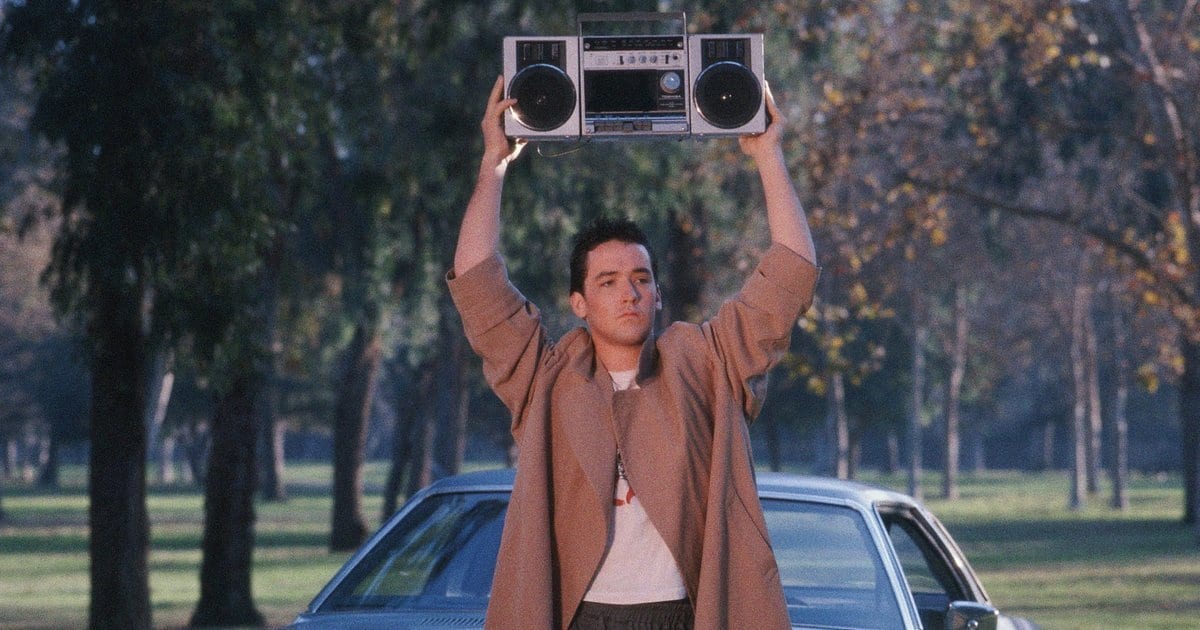 I have said it before, and I will say it again, 1989 was the year great movies were made. Romantic comedy When Harry Met Sally is such an example; wonderfully scripted and with a cast who could do it justice. 1989 was also the year of Dead Poets Society, a movie that until this day, still inspires individuals who choose to pursue the Arts. Lest I forget, 1989 was also the year I was born. I may not be a movie, and maybe I’m biased, but I think I’m pretty great. So yeah, I think I’ve proven my point.

Say Anything joins the list of wonderful movies that emerged that year, and it became remembered for the iconic boombox scene that gets referenced in movies like Easy A and Deadpool. That scene wasn’t even the greatest thing about the movie. Say Anything is about a blossoming romance between Lloyd Dobler (John Cusack) and Diane Court (Ione Skye), but it is also a coming of age film about one’s place in the world. Lloyd’s guidance counselor shows up at a party to emphasize to him about the need to choose a career; when Lloyd is at Diane’s house for dinner the adults keep grilling Lloyd about his future plans and career options.

There is no time to be young, or take the time to figure things out, there needs to be certainty and clarity otherwise you’re just doing things wrong.

Say Anything debunks stereotypes on so many levels. Firstly, everyone tells Lloyd he isn’t the type of guy that someone like Diane Court would go for. She is the smart, beautiful girl, and therefore, out of his league. Diane herself couldn’t imagine being with Lloyd, and yet, they work. This is because Lloyd isn’t the typical embodiment of how men are supposed to be in relationships. He pursues her, yet he also gives her space. They go to the party together, but spend most of it apart, mainly because Lloyd understands that to be with Diane Court doesn’t mean he needs to be around her all the time.

He protects her and keeps her safe, like when he guides her around some glass on the sidewalk, but he also isn’t afraid to be vulnerable in front of her. After they break up, he calls her many times despite it not being a manly thing to do. The boombox isn’t the only romantic gesture in the movie, he also writes her a letter to tell her how he feels about her after they had sex. Diane steers the relationship and Lloyd lets her, not because he is weak or not masculine enough, but mainly due to his contentment with just being with her. He isn’t intimidated by her beauty or brains, he just wants to be with her and be there for her.

One of the key messages the movie tries to drive across is that material things aren’t enough to sustain a home, a family or to keep love. We lead our lives striving towards material things because we view this as success. Diane’s father showers her with gifts — jewelry, a car, he even wants to buy a whole set of suitcases (this purchase doesn’t work out because his credit cards were frozen). He thinks that by doing so, he keeps her love for him. She chose him over her mother, and so, he feels the need to remind her that she made the right choice.

He puts on this show of a kind, benevolent father, who tells his daughter she can say anything to him — there is nothing he cannot understand. But this is all a show; there is so much he doesn’t understand. He cannot fathom why Diane would choose someone like Lloyd, and while he never outrightly tells her to break up with him, him constantly harping on how Lloyd is distracting her makes her feel like she shouldn’t be with him. He runs a home for the elderly and is robbing them because he feels he is owed for the kindness he shows them. Externally, he is this wonderful benefactor trying to do good, but in reality he is just a corrupt man.

Lloyd, on the other hand, never tries to be more than he is. He feels out of place helping out at the home, and when she asks him about his feelings, he freely admits that old people make him think about his mortality, and that’s why he feels uncomfortable. He doesn’t sugarcoat it for her, and yes, she responds angrily and calls him an ageist, but that’s how relationships are. Helping the elderly isn’t meaningful for Lloyd the way it is for Diane, yet he would do it if that was something she wanted. 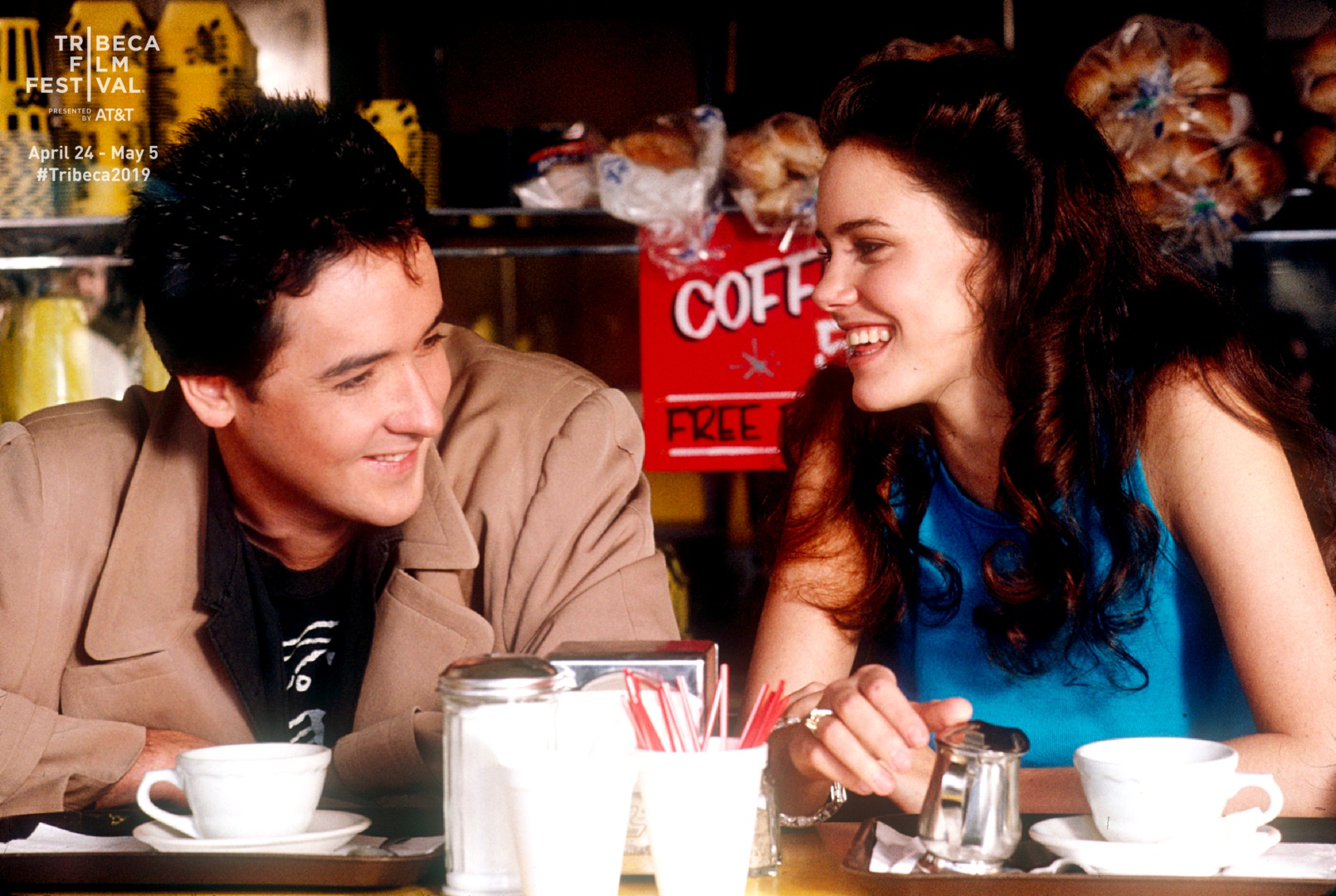 Sometimes we think that just because someone walked away from us, that means they are not worthy of a re-entry. There are oftentimes comments about Diane only returning to Lloyd because her father had gone to prison and she felt alone. Somehow, Lloyd is less of a man because he lets her back in. Just like Corey says in the movie: “The world is full of guys. Be a man. Don’t be a guy.” Lloyd is a man able to see that yes, Diane is vulnerable and she’s hurting, but she also loves him — she can feel all those things, experiencing one does not negate the other.

While Diane is quick to cut her father out of her life after she discovers his misdeeds, Lloyd is the one who encourages her not to do that. He urges her to see her father before they leave, and plays messenger when Diane isn’t sure she’s ready to face him. This is a man who has scorned Lloyd for most of the movie, yet Lloyd speaks to him with empathy and understanding because he sees that Diane needs her father in her life — even if she might not be ready to accept that. Lloyd never makes his love for Diane about him, it is always about her and what she needs.

In real life, we overlook the Lloyd Doblers of the world because they lack material prospects and just aren’t forward-looking enough for us. Love isn’t substance enough to live on, that stuff is for fools. In Diane’s words: “Nobody thinks it will work, do they?” Maybe it won’t, but should that stop you from finding someone you can say anything to? I’ll let you be the judge of that.

Thank you for reading! What are your thoughts on Say Anything? Comment down below!

[…] like Cameron Crowe, Francis Ford Coppola, and M. Night Shyamalan, John Carpenter all too frequently falls into the […]

Agree and enjoyed your essay/review. I remember all those films and they still resonate today. This Cameron Crowe film did have an impact and I continue to follow his work and I also read the book he wrote which was the basis for the film Fast Times at Ridgemont High which is more early 1980’s. My ex had a Lloyd Dobler — je ne said quois vibe about him and I met him originally in 1990 — so there you go. I forgot about the letter in the film, thank you for referencing that and I find that today, sort of Austenesque — the guy writing about his feelings which was genuine where today we have email/text and not so much true reflection in communication. In retrospect for me, Lloyd worked well as a character via the class culture of high school he was sort of a misfit but a well liked one. That whole “good kid” label–people didn’t really include you as part of your group but you were generally liked and not bullied or picked on. One of my friends–she had it through high school. For context I graduated from a small high school in the US/New England with less than 200 people in the late 1980’s — most of them I knew since kindergarten or I met later in junior high when I was about 12 so there was basically the same core group every single day except for trickle of kids who moved in or out of town. Also looking back, the Lloyd character sort of reminds me of guys in my sports town high school that were not the ones that played three/3 different sports/seasons fall/winter/spring, all the time but just one or just with their friends for fun. Some had girlfriends they brought to school proms, etc., but usually from work either in town or nearby after they got cars. More low key than the popular guys although I have no idea how respectful they were to their girlfriends. My favorite part of this film is the party scene where Lloyd is the key master but sort of waving to her as she walks around the party and talks to everyone then they go out for breakfast afterwards and she tells him about all the people she met/talked to, etc.

Thank you so much for your comment! It was so lovely to read, especially the part on your own high school background. I’m not American, so I always did wonder whether going to an American high school would look the way it was in the movies. And yes about the letter! Very much an Austen thing. Writing about your feelings offers such tangibility, such thought and deliberation goes into crafting a letter. Do you think it is a possible to thing to marry a Lloyd Dobler type of man?

My high school was very small never really well depicted as far as the movies but some social class depictions were true or applicable. Is it possible to meet/marry someone like Lloyd — I don’t know he’s a character but perhaps someone like him — someone who makes you think of him — those same qualities you can always look for them.

Definitely :) I think I might have found my own, the qualities are there, like you said. Thanks so much again, it was really nice having this chat :)

I haven’t seen this one…as you probably guessed.

Hahahaha yes pretty much! How have you been?? I realised it’s been agessssss

I’ve been doing fine, started working 3 months ago, so busier than before in terms of having time to blog.

It’s been going badly hahaha. I have been procrastinating so much. I need to get my butt into gear.

Thanks Liz! Been a while, missed out interactions!

‘Scarborough’ Is a Challenging and Intimate Portrayal of...