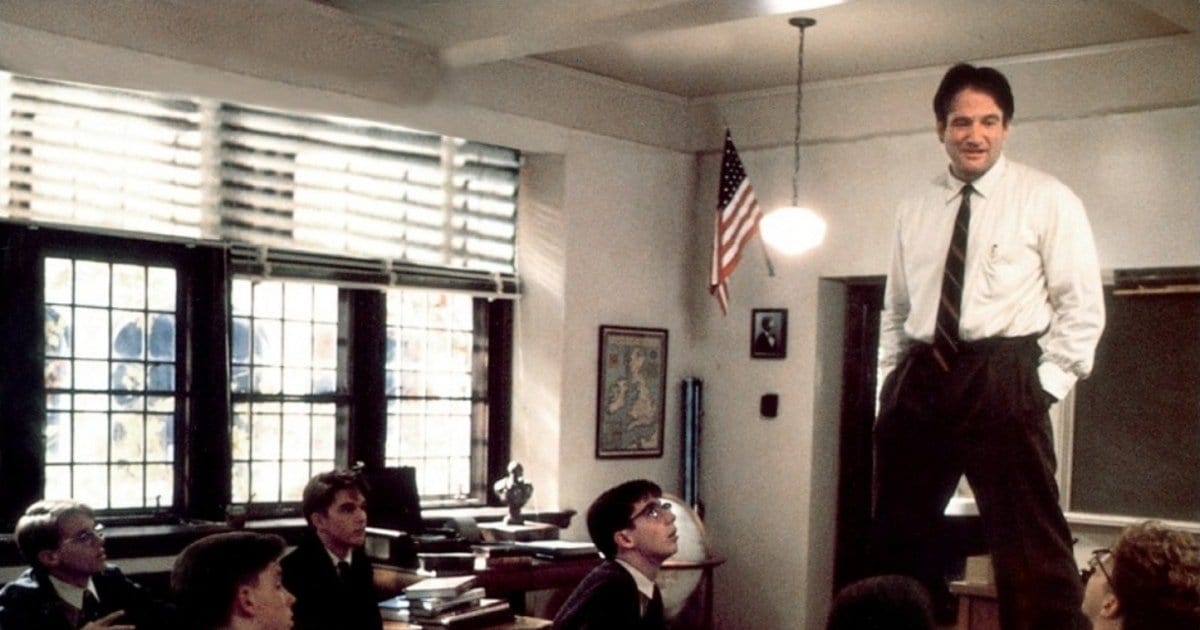 There’s a scene in Dead Poets Society (1989) where English teacher John Keating (Robin Williams) has his students walk around a courtyard to demonstrate a lesson in conformity. If you put some people in a line and tell them to walk, they will eventually sync their steps together, no matter how off they were to start with. He then tells the rest of the students to walk wherever they want, however they want, and at whatever pace they want. None of the students’ footsteps sync.

I compare this to every other movie on the market right now. Like the first group of students in a line, many of the movies today have the same formula: big budgets, low artistic value, and made specifically for the theater, not necessarily home-viewing.

Dead Poets Society is like the second group of students: walking in no particular direction, taking their own paths and walking at their own pace. Dead Poets Society isn’t like every other movie because it completely breaks the mold that every other movie follows. Its legacy has lived for 30 years and will continue to live on as long as it remains a unique light among Hollywood trash.

There are a lot of movies out there that are good in the realism department. Dead Poets Society doesn’t necessarily rise above more realistic films like Kids (1995) or Das Boot (1981), but it does hit a certain threshold. Director Peter Weir has a way of hitting that reality note that other movies just struggle to get to.

The scene that most exemplifies this realism is the ending. (Spoilers ahead if you haven’t seen this film.) In the end, all the boys end up signing a document saying that Neil’s (Robert Sean Leonard) suicide was the fault of Mr. Keating. There wasn’t a single hero among the boys — they were only scared teenagers trying to save themselves and did the only thing they could: blaming Mr. Keating. If this had been any other film, at least Todd would have abstained from signing the document.

Then, during the famous “O Captain, My Captain” scene when the boys stand on their desks to metaphorically stand with Mr. Keating, I noticed something peculiar — not all the boys are standing. I expected to see all but maybe the traitorous Cameron (Dylan Kussman) standing, but instead only about half the class was standing while the other boys averted their eyes from the spectacle. This demonstrated a lot of realism, refuting that Hollywood image of the entire class standing behind Mr. Keating — that’s just not realistic.

Some films try to shove all the symbolism possible right in your face; filmmakers often equate staggering amounts of symbolism to a good movie, which is far from true.

Dead Poets Society includes a lot of symbolism, but it tends to be a background character in the plot. After Neil dies, Todd (Ethan Hawke) and the D.P.S go outside in the snow, whereupon Todd vomits in the freshly-fallen snow. This reference may have escaped you in the first viewing but the vomit hitting the clean snow represents Todd’s coming of age. His childhood innocence has been sullied by the filth of adulthood.

Another example of the subtle symbolism of Dead Poets Society occurs during Neil’s suicide. Though maybe a bit more overt than the other examples, it is still a beautiful piece of symbolism. Before Neil kills himself, he puts on the crown of branches that he wore as Puck in the play. This scene plays with religious imagery, comparing Neil to Jesus Christ in that both were innocent beings killed by wicked people.

Notice the symbolism of the “crown of thorns.”

For any aspiring film student, Dead Poets Society is a must-watch for its understated symbolism.

Each Boy Has Their Own Story

Obviously, each boy has their own story and reason for why they are at Welton Academy. Yet, the way that they change who they are and who they are trying to be — thanks to Mr. Keating — is different for each of them. I appreciate the way the film emphasizes that all of these boys are different and shows that change will not be the same for everyone.

Take Todd: he started the film as an introverted, stressed student just trying to get through school. By the end of the film, he has stepped up to become slightly more vocal and confident. He is no longer afraid to express himself in front of others and he can take on the leadership role in his group of friends.

Todd is terrified to present anything in class, but Mr. Keating shows him how to gain confidence in himself.

Then we have Charlie (Gale Hansen). Charlie starts the film as a cocky student who is only there because his parents force him to be. He’s already pretty flippant towards schoolwork, but Mr. Keating teaches him that not everything in life is meant to be treated flippantly. After Neil’s death, we see that the flippant demeanor is gone and he realizes a sense of loyalty and love for his friends that he may not have found if not for the shakeup that Mr. Keating caused.

From these two cases, one can see that change is not the same for everyone, something that I’m glad Dead Poets Society emphasized.

The most surprising aspect of Dead Poets Society is the ending. Going into it, you expect it to be a feel-good film with a happy ending and good morals. While it does have great morals, the ending is far from happy.

Rather than the boys breaking free from their parents’ expectations, they are shoved further under the thumb of their domineering parents. Neil doesn’t get to be an actor like he so desperately wanted to be. Neil’s father doesn’t realize what a horrible parent he was. There isn’t a giant overhaul of Welton curriculum and Mr. Keating is forced to leave his position. Charlie is expelled. 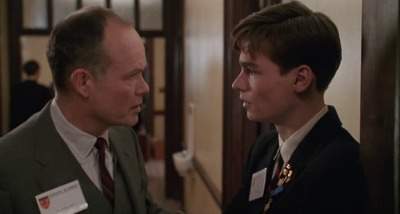 Neil’s dad is a jerk.

However, I would say that this hearkens back to the realism of the film. Not everything in life ends happily, but we can learn from everything that happens. As we see from the final scene of the film, the boys have finally learned how to be themselves. They may not be able to fully realize or act on their dreams right then, but they have learned a lot from their English teacher, Mr. Keating, and their lives will never be the same.

Dead Poets Society is an inspirational film that continues to remain relevant today. We live in a fast-paced world where we move from lofty goal to lofty goal like cows moving from pasture to pasture. Do we ever stop to savor who we are or what we’re trying to be?

Dead Poets Society teaches its audience to be themselves and to not get caught up in the high-paced world of conformity. Be who you want to be. Break out of your shell like Todd or learn to sober up a bit like Charlie. Follow your heart like Neil or be a mentor to others like Mr. Keating.

Whatever you do, make sure your life is not ordinary.

Thank you for reading! What are your thoughts on Dead Poets Society? Comment down below!

Great analysis! This is a movie I’ve seen a few times and each time I think about something new. As you said, its strength lies in the symbolism, as well as in the craftsmanship of the great Peter Weir!

I enjoyed your insightful analysis of one of my favorite films.

The Amazing Cast of ‘The Hunt for Red...