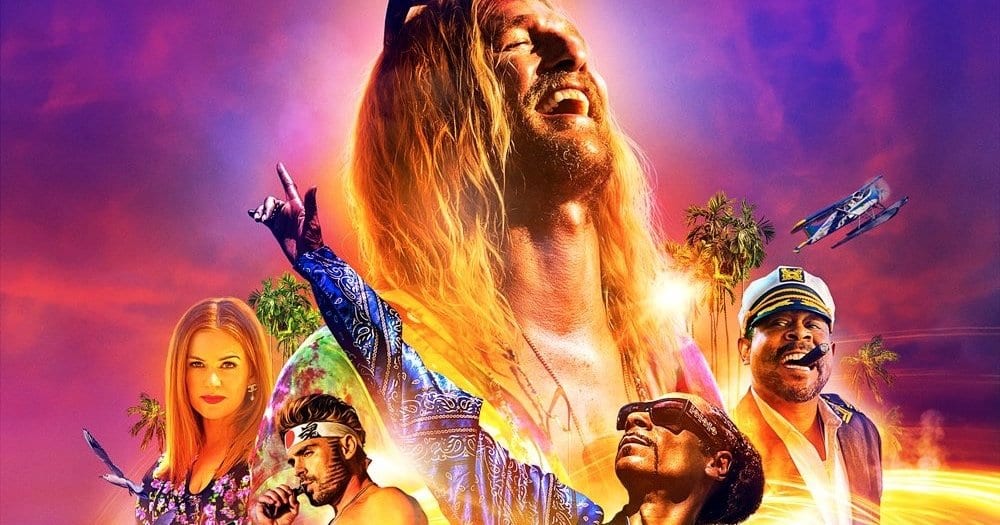 I don’t know about you, but sometimes I get really tired with the amount of plot in movies. Plot gets in the way of most things, like when a comedy has to start bringing threads together and the jokes cease to exist, or when action movies feel the need to toss about 128 too many twists into an already overcomplicated story — I just want to see somebody kick somebody, damnit! And then, just as I’m about to lose hope, a movie like The Beach Bum comes around, which is a film that is so invested in not telling a story that it ends up telling a great one.

Not to mention it’s also responsible for some of the hardest laughs I’ve had in a movie theater in years.

Moondog (McConaughey) stumbles from area to area in Miami and the Florida Keys, enjoying himself to the fullest by drinking an endless amount of PBR — an amount that is only matched by how much he smokes. He used to be a renowned poet of sorts, but he’s largely given that up in pursuit of what pleases him most in life…that is until his wife Minnie (Fisher) tragically dies.

Though Moondog was a popular writer, Minnie was the breadwinner in their relationship, and Moondog must begin to write again and publish his novel if he wishes to see a single dollar of those riches left to him, per Minnie’s stipulation in her will. Armed with his distinctive personality and way of life, Moondog travels through shores and coastal towns, running into other striking personalities as he tries to write his next work of art.

When one of a director’s films is called Trash Humpers, and it is literally about what the title says it’s about, I think it’s safe to say that this director qualifies as “peculiar.” Korine has made an entire career out of exploring downright gross and disturbing walks of life — you won’t see him direct a movie with blockbuster-level financial involvement anytime soon. (Although I’d pay TOP dollar to see a $250 million Marvel movie with Korine at the helm.)

You’re most likely to know Korine from his breakout film Spring Breakers, which showcased a deliriously enthralling performance from James Franco in the lead role. That film and The Beach Bum are most likely the most mainstream that Korine will ever become, as like McConaughey’s Moondog, Korine likes where he is in life as a creator. I say keep doing you, Korine! I can’t wait for Trash Humpers 2: First Blood Part II (Note that I have officially retired Electric Boogaloo as the go-to joke sequel name — it stopped being funny in 2006.)

This is the Perfect Persona for McConaughey

For all of my life, McConaughey has seemed like a pretty chill dude, someone with whom I’d want to go to a Texas Longhorns football game and drink copious amounts of alcohol. (I think I have a pretty good shot since that’s what he does in his free time regardless.) With The Beach Bum, McConaughey takes that core idea that many people have of him and turns it up to a unfathomably high level; if you don’t love Moondog, you absolutely despise him. He’s essentially playing a heightened version of himself (check out the story about McConaughey and a set of bongos when you get the chance). McConaughey gets to howl at the moon, cackling his way through randomly hilarious escapades, living as free as any human on this Earth.

It’s amazing to see both the character and the actor feel this at peace in a movie. As McConaughey gets older, he’s finding his lane as a performer, and you can tell that he couldn’t be more content.

And neither could I as the viewer. Moondog is a beautiful mess of a human that’s better off experienced rather than explained. As a result, McConaughey’s stint as the character is probably one of the best casting decisions of the last few years. Forget the McConaissance and all the roles that came with it, Moondog is the role that Matthew McConaughey was born to play. 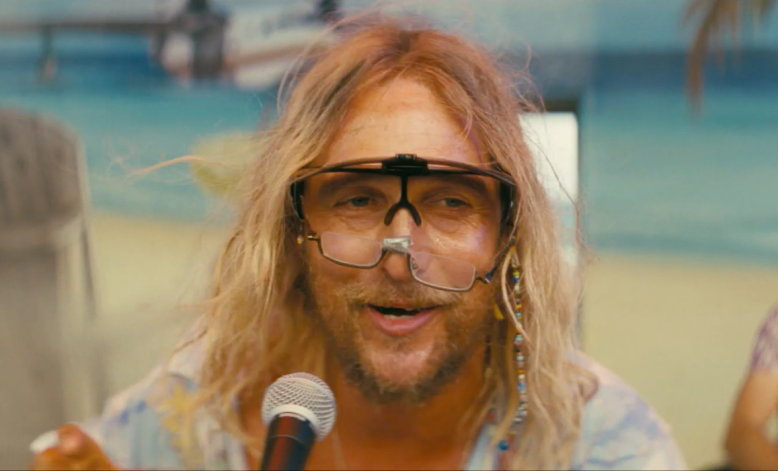 When you watch The Beach Bum, you get the feeling that Korine’s direction to his actors wasn’t in the form of careful feedback, but rather to continue to inject unlimited amounts of banned substances directly into their bloodstreams. If this story is a fire, then each character comes in and douses more and more lighter fluid on it until the entire house burns down in a fit of fiery ecstasy.

The Beach Bum is essentially a movie made up of vignettes, where Moondog goes from place to place to hang out with colorful people. Each of these larger than life entities is played by an well-known actor or personality, which makes the entire movie feel even more heightened than it already was. Although Moondog is a comet of hedonism that crashed into one of the sunny sections of the United States, his personality is rivaled by everyone around him. The criminally underrated Isla Fisher leaves her mark as a hilariously vein sugar momma who opts to talk on speaker phone so that she can look at herself while she talks to someone else. And then you have, Snoop Dogg, who essentially plays himself. But his character’s name is Lingerie! Unlike most movies, Snoop is used rather appropriately.

Jonah Hill shows up from time to time with a Southern accent that is akin to a drunk Colonel Sanders, and Martin Lawrence’s Captain Wac really, really loves dolphins. Jimmy Buffett is there too, playing yacht rock to his heart’s delight.

And as for Zac Efron, well, I’d hate to spoil that experience for you. It’s one of the best extended cameos I’ve seen this decade.

Not Much Happens in The Beach Bum

As you quickly start to realize, there’s no narrative thrust in The Beach Bum. On a scale of 1-10, its energy levels in terms of storytelling are always at a 1 or 2. The film simply meanders from one place to another as Moondog fully enjoys himself — and that’s precisely the point.

All of these characters have found what they perceive as their purpose. Even though Moondog has to reconcile with the death of Minnie and write his novel, the plot of it all is always in the background in favor of more pleasure. In living his life the way he desires, Moondog has found complete peace with himself and the world; he has no arc, because his life doesn’t require one. The entire movie is his happy ending; I found that idea incredibly liberating and oddly endearing.

It’s safe to say that Moondog and his crew off oddballs are not good people; some of them might even be perceived as terrible. But what makes them so fascinating is that the movie doesn’t treat them with some sort of disdain that we’d see in the mainstream version of this film. They’re perfectly happy living in their own ecosystem of excess that they rarely intrude on other walks of life — nor do they want to. Pure bliss is something we might achieve in rare moments, but never for very extended periods of time. In a way, Moondog is living more than any one of us ever will. 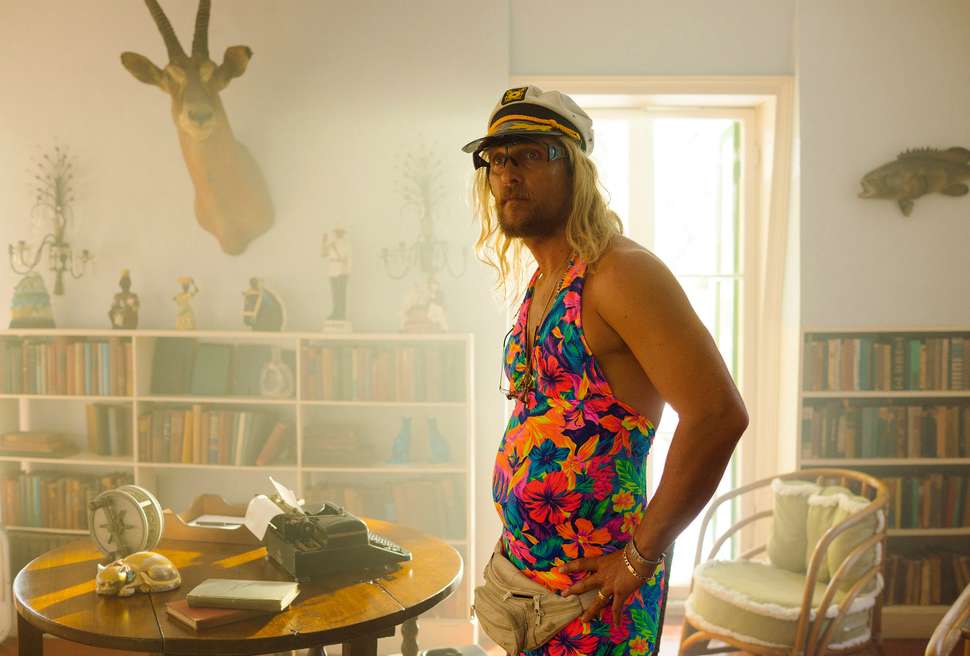 Harmony Korine’s sun-soaked, beer-drenched trip through the southeastern tip of the United States is as relaxing as “A Pirate Looks at 40,” the Jimmy Buffett song that plays over the opening moments of the film…while still managing to be an insane group of vignettes where some of our great talents get to act completely unhinged.

These characters aren’t good people by the typical standard to which we hold ourselves, but they’ve found true happiness in what they do every day. They’ve reached that feeling of equilibrium that we all hope for but know we’ll never achieve. Even with multiple moments where Matthew McConaughey parades around in a thong, The Beach Bum is a joy to watch in all respects.

Thank you for reading! What are you thoughts on The Beach Bum? Comment down below!

Raise a Glass to ‘Another Round’