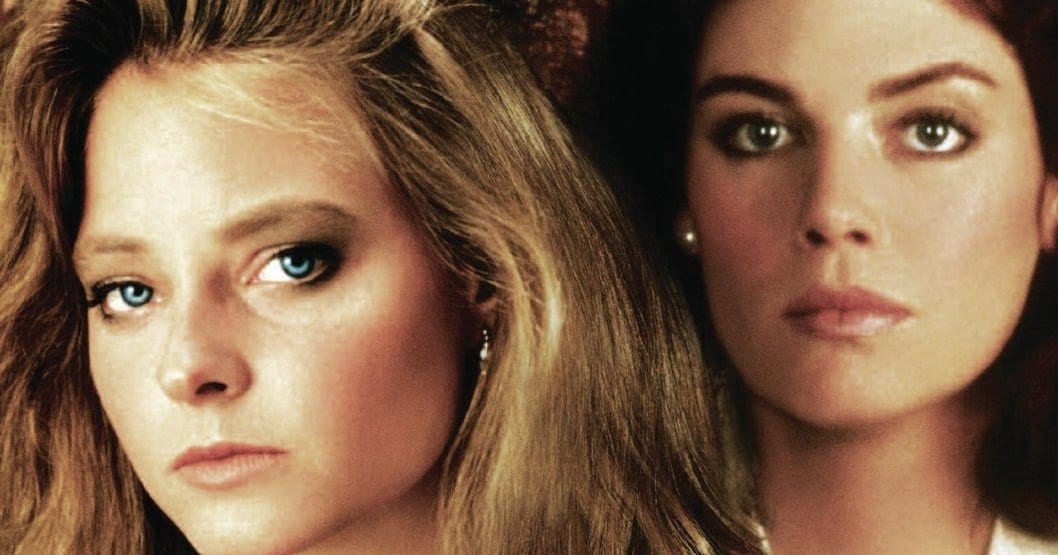 I watched The Accused many years ago, at a point in my life where I was too young to really know what was going on in the film. I knew it was a movie about a woman who was raped, but I didn’t really understand what that meant. To watch The Accused as an adult woman is just so heartbreaking because now I know. Stories of rape, sexual assault, inappropriate behavior — I have heard it all. Most of the time it never goes to trial as we see in the movie. These events are so painful to relive that we just sweep it under the rug, or we don’t trust the system to do what it takes to draw out justice.

Is My Body Still My Own?

When Jodie Foster’s character Sarah goes through a physical examination to collect evidence, her body once again no longer belongs to her. She is assessed, photographed, prodded; it is necessary yet I can see why so many decide to recant or not follow up with the case. It’s difficult enough to put words to an experience like that, without having to also deal with the scrutiny your body and character will have to endure. What were you wearing? When was the last time you had sex? Were you intoxicated? You are bombarded with questions that put you on trial long before the other person is. Or sometimes, it never turns into rape or assault, so there is nothing to pursue, but you feel sick knowing you were so helpless. I should know; it happened to me.

It was just a regular bus ride, and it was a happy day until a man decided to harass me. I lost my voice, my fear and panic took over, my mind went blank because I simply could not process what was happening to me. Here was this man, saying all these horrible leering things, standing so close to me that I could smell him, and I was paralyzed. I remember the stifling silence of everyone staring, the guy beside me playing games on his phone, occasionally peering at me like I was some kind of nuisance. But a man seated on the opposite side saw my distress. He came to my aid, pushing the guy away from me, alighting from the bus with me so the man couldn’t follow me anymore.

At that unfamiliar bus stop, I broke down and cried. I cried for how helpless I felt, how cheap my body was made to feel, his words still echoing in my head. A few hours ago I had just submitted my final project for university, and now I was at a bus stop staring brokenly at my shattered day. This was 7 years ago, and within 10 minutes of watching The Accused, it all came back. My experience was not even in the ballpark of what Sarah Tobias goes through, but I could understand the helplessness.

Bringing The Movie to Screen

I have never seen such a visceral rape scene, the way it is directed and set up — they were the predators and she their prey, how quickly the scene transitioned from her having the power because she was drawing their attention, to her pinned down and dominated. In an interview from The Hollywood Reporter, all the actors discussed how difficult it was to shoot that scene, and the issues faced in trying to get onto the big screen as well. Test audiences initially believed that Sarah deserved to be raped, and it wasn’t until they had a test audience of all women that the data changed. 18 out of 20 women in the test audience had experienced something akin to that before, and it helped in propelling The Accused forward.

Amid such peer pressure and mob mentality, it is not easy to do the right thing. Kenneth Joyce (Bernie Coulson) was placed in the difficult position of watching his best friend rape a woman, the guilt of watching and doing nothing, calling for help only when the damage was done. But in the end, his testimony was what convinced the jury, with them recognizing that he is testifying because those are the events, not because he felt a need to assuage his own guilt.

Sarah wins the case, the bad men get put away, but this is not a constant reality. Sometimes there isn’t enough evidence, or there isn’t a Kenneth Joyce willing to come forward and share. Sometimes there is nothing done. It is also a reality that one can never firmly encase in the past. What happened to Sarah will follow her into relationships, to sleepless nights where she replays her actions and obsesses over the possibility that she could have avoided this. In this #MeToo era, there is an encouragement to come forward and speak one’s truth. We discuss case studies and examples in the classroom, knowing that education and awareness is the best way to mitigate this, also knowing that this isn’t enough.

The world is not yours to control, at any time the balance can tip, and it changes how you look at things forever. The world gets a little darker, a little bleaker, and you are forced to carry on because things are still spinning. I carry this crushed innocence within me every day, hoping for the day I can leave it behind, but recognizing that it’s not anytime soon.

Thank you for reading! What are your thoughts on The Accused? Comment down below!

I was about 14 when I saw this movie when it came to a pirated VHS in my country. At that point I already had behind me a bad situation with a pedophile when I was 9. I felt the same feeling of helplessness and fear and after I managed to escape – anger and resentment. Anger towards myself, how I let myself getting so easily fooled into stepping into this stranger’s car… and anger towards him, how dare he do this to any child, not just me. Luckily I haven’t seen him since, even though I looked for him to get a license plate to report it and perhaps take my revenge upon his car. It took me decades to realize those feelings of helplessness and fear were not exclusive to a child, but to a grown person as well in a similar situation.

So since childhood I carry a fire inside me, that lights up every time I see or here of a similar abusive situation, especially when it involves children and women, because men who commit them usually choose a smaller, younger and physically weaker person that can be easily manipulated and/or dominated.
Now I have kids of my own and I’m teaching them that their body is their own and nobody – not even I, as their parent – have no right to just touch them inappropriately or hurt them for whatever reason.

I was glad when #MeToo brought all this into the public eye. I used to tell my story many times over the years to people I felt comfortable with. Mostly female friends. After a while I realized that was my therapy as the incident didn’t leave deep emotional scars, except that fire I mentioned, which I see as a positive. The #MeToo ignited that fire, but it took me a while to realize I was actually part of it myself and I could finally share my story publicly on my FB page. A school friend, who is the only one who saw me going into that car, left a comment under it, remembering the incident. Talking about it helped me through, because I was a deeply self-reflective kid. Many are not so lucky and suffer in silence. Hopefully #MeToo has changed that as long as we keep an eye out and keep talking and sharing our experiences.

I was very moved by this beautifully written, heartfelt essay.

Thank you Liz! I appreciate all your kind words, as always :)

I saw this movie when it was first released and it changed me forever, reshaping my view about consent. I recall leaving the movie so angry, then running into a colleague who was out with his wife and children. He could tell I’d been moved and approached me the next workday. I told him every man needed to see that film and he did his part by going.

I almost didn’t read this, so painful are my memories, and now I’m glad I did. You are so eloquent in how you talk about your feelings and the power of this movie. I really hope many others read it. Thank you for sharing your important and relevant point of view.

I know it’s been a while, but thank you so much for your words. It really is the kind of movie that changes you forever – the world will never look the same after.