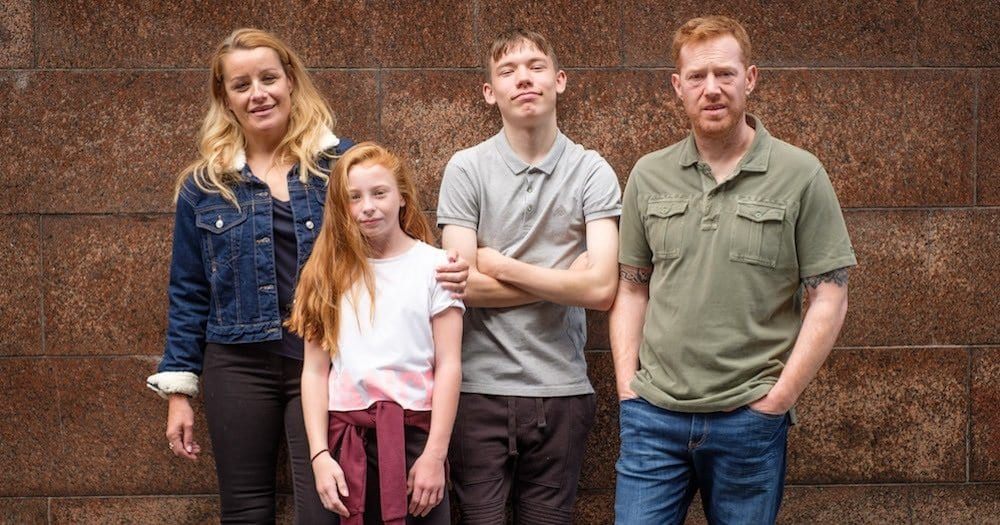 MIFF 2019 keeps on going, and so do the mini reviews. Let’s dive right in!

Sorry We Missed You

At the sprightly age of 83, two-time Palme d’Or winner and the king of British social-realism, Ken Loach has delivered another powerful humanist drama on the struggles of the working class.

Sorry We Missed You follows the Turner Family. Ricky (Kris Hitchen) is a former construction worker in Newcastle that has bounced from job to job after losing work and his mortgage in the financial crisis of 2008. Ricky gets a courier job and begins to work 14 hour days to provide for his family. His wife, Abbie (Debbie Honeywood) is an in-home nurse that also works long hours who much like her husband, is working tirelessly to provide for their two children, Seb and Liza-Jane.

Loach brings his trademark gentleness and empathy to Sorry We Missed You. Nothing about the film feels embellished or disingenuous, these characters are incredibly genuine and realistic, the progression of the plot feels natural. The character’s struggles, whether it be Abbie having to take the bus to her patients, Seb getting in trouble at school and with the local police or just poor little Liza-Jane caught in the middle of all this mayhem, it’s emotionally effective and deeply relatable.

As well as being a captivating drama, Sorry We Missed You is also a scathing indictment on zero-hour contracts and the gig economy in the UK and how it screws over the people it promises to help. Loach’s repressed anger towards these shady and morally unethical business practices shines through in the journey of both Ricky and Abbie’s character. Both incredibly selfless, hard-working people that put up with the hardships and the exhaustion of their work to provide for their children, but heartbreakingly are rarely with their children because of their work. Loach presents Abbie and Ricky as examples of how there will always be people who suffer from any new economic change.

Sorry We Missed You is another achingly beautiful film from Ken Loach. A piercing social and political commentary and a quietly moving film about the sacrifices and the tireless effort we make for those we love most. An early highlight of the festival and one of the best films of 2019 so far.

From one two-time Palme d’Or winning master of humanist, social-realist filmmaking to another. The latest film from Jean-Pierre and Luc Dardenne saw them take out the Best Director prize at the Cannes Film Festival, but has caused quite a stir of controversy due to its very difficult and sensitive subject matter.

13-year-old Ahmed is a young Muslim boy living in Belgium. He’s left his regular teenage life behind him to devote himself to Islam. The very impressionable Ahmed begins to have ideas planted in his head by a militant Imam who preaches radical and extremist interpretations of the Quran. After attacking his teacher, Ahmed is sent away to a youth rehabilitation center to help him stem his ferocious anger. A film centered around a radicalized Islamic teenager written and directed by two white men in their mid-to-late 60s, Young Ahmed could have been absolutely disastrous. While much of the controversy and debate around this film is valid, the Dardennes approach the story delicately with an impressive amount of restraint.

However, unlike the Dardennes’ excellent 2011 film, The Kid With A Bike, which was also about a troubled child, Ahmed is an incredibly unsympathetic character that experiences very little growth over the course of the film. As Ahmed has already been radicalized as the movie begins, we aren’t made privy to just how much Ahmed has changed and for how long he has been like this and the Dardennes don’t do enough to fill in these important gaps. A character like Ahmed should be more conflicted and have a more insightful journey, but Ahmed is too stoic and hateful for there to be any kind of complexity.

Young Ahmed was a big disappointment and is a long way from The Dardenne Brothers’ brilliant best. Their trademark vérité style tells this story with the restraint it needed but lacks the depth, complexity or purpose of the rest of their filmography. It’s an empathetic film about a character that has no empathy with a delicate subject matter that they did not pull off.

It is very strange to see two films with the same actors in one festival. It is even stranger when those two films are scheduled one after the other. But that is exactly what happened at MIFF 2019, with two films starring Imogen Poots and Jesse Eisenberg. While The Art of Self-Defense fully steered into the absurdity and knew just how stupid the film they were making was, Vivarium is a silly film that thinks it’s really clever.

Poots and Eisenberg play a young couple looking to buy a new house. They are taken to buy a strange real estate agent to an idyllic, soon-to-open housing development. While touring a home, they are trapped by a mysterious force in this isolated, labyrinthine, seemingly infinite neighborhood of identical houses. Are they in another plane of existence? An alternate dimension perhaps? But as for the real question, the audience will be asking; who cares?

When it comes to ambiguity in storytelling, there is a very fine line between thought provocation and flat out laziness. Unfortunately, Vivarium falls into the latter. Clearly riding on the coattails of Black Mirror and the new reboot of The Twilight Zone, Vivarium feels like a spec script that was rejected by both of these shows. The opaqueness and ambiguity are to the film’s detriment as the lack of information of who is doing this to the characters is more frustrating than compelling. The mysterious force is never explained and the film’s half-baked satirical commentary on marriage, parenthood, and suburban conformity feels so overbearing, especially some incredibly heavy-handed foreshadowing involving cuckoo birds in the opening credits.

On the upside, the production design does a great job in creating a suffocating environment for the characters while emulating the kitsch of the ideal 1950s vision of an artificial suburban paradise. Imogen Poots also proves why she deserves to be in more films with a solid performance in a role that does not give her much wiggle room. Other than that, Vivarium is an ultimately frustrating experience that doesn’t really do anything new or interesting. The weaker film at MIFF starring Eisenberg and Poots.

Winner of the Jury Prize at the Cannes Film Festival, this wild Brazilian genre-mash is sure to be a favorite of the festival. Set in the near future in the small, titular village of Bacurau, the diverse and proud population are mourning the loss of the village matriarch, Carmelita who lived to be 94.

Since her passing, strange things begin to happen in Bacurau. The mayor on his re-election campaign (a clear Jair Bolsonaro stand-in) comes bearing questionable gifts and supplies to the community, the village’s water supply has been cut off and Bacurau has mysteriously disappeared off most maps. On top of that, the people of Bacurau are under threat from a league of bloodthirsty, trigger-happy foreign invaders (lead by Udo Kier) that have sinister plans for them.

Writer/Directors, Juliano Dornelles and Kleber Mendoça Filho have created a chaotic powder keg of genres and inspirations that explodes spectacularly into something truly special. Whether it’s the John Carpenter inspired music, the settings and plot strongly evoking the essence of Sergio Leone and spaghetti westerns or the wipe transitions that are ripped right from Star Wars (the opening shot is also in outer space), Bacurau tributes these films with genuine passion in a fashion that is not just a hollow homage. Mendoça Filho and Dornelles wear their inspirations as a badge of honor while crafting their own unique and original vision.

The village of Bacurau is so full of life and so rich with a diverse cast of interesting characters, it’s a real head-scratcher as to why the film dedicates so much time to the foreign invaders once they are introduced into the film. As most of these characters are American, perhaps it’s a calculated move to get the film a wider international audience, which would be fine if they were interesting in the slightest. They are purposefully shallow, psychotic maniacs just want to kill people, so why the filmmakers chose to spend so much time with them when there were a plethora of more interesting, complex characters in the good guy camp is just baffling.

Thankfully, the tension keeps escalating until it reaches a climax that is very satisfying. Overall, you should definitely take the detour in your festival schedule to visit Bacurau. An uneven, yet thoroughly entertaining and captivating tale of a community banding together as one to fight back against whatever injustice or threats that come before them.

More mini reviews still to come. Until then, I’ll probably be at catching a movie (or several movies) at the festival. For more information on MIFF and to view the full program head to miff.com.au

Thank you for reading! What are your thoughts on MIFF 2019? Comment down below!

[…] entity, reflecting the realistic perspectives of low-income families, broken homes, and living in social housing, rather than the exciting, picturesque, and almost romanticized London we are used to seeing in […]

[…] both the Queer Palm and Best Screenplay prize at Cannes and the Audience Award at the Melbourne International Film Festival, Writer/Director Céline Sciamma has masterfully crafted a cinematic tour de force of the passion, […]