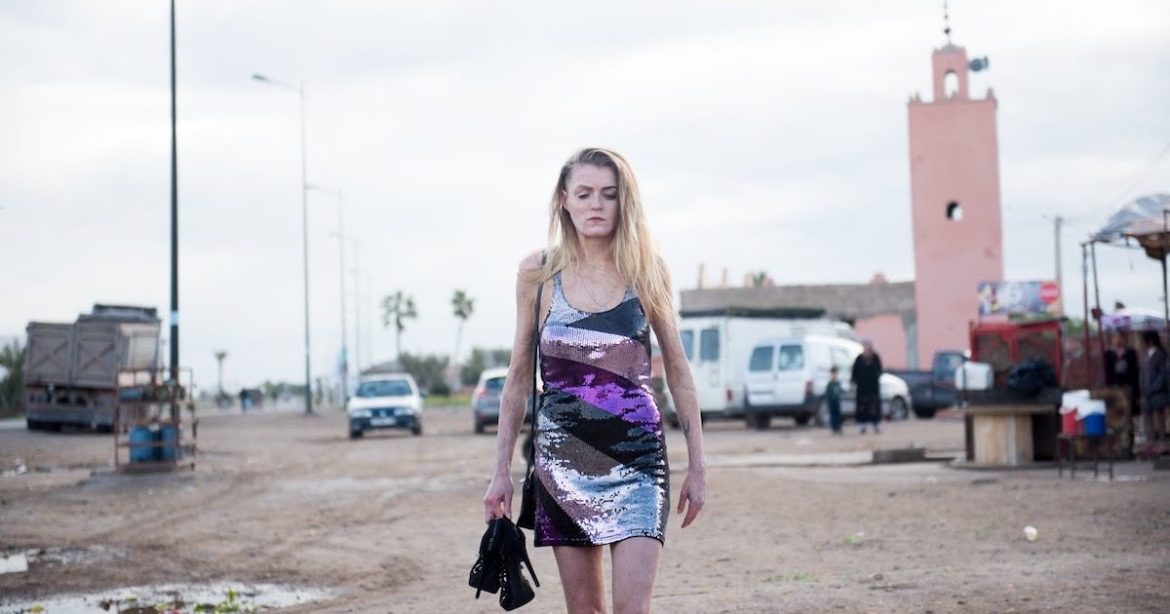 Dirty God is the story of Jade, a twenty-something mom living in London, who is recovering from a vicious acid attack that left her permanently scarred. We meet Jade late in the story — after her attack and her time in the hospital — and therefore focus on her road of emotional recovery.

There’s a lot to unpack in Dirty God, but let’s jump into main actress Vicky Knight’s performance right away. Handpicked by director Sacha Polak, Knight is a first-time actress left with severe scarring after surviving a pub fire as a child. She initially appeared on British television on the program Too Ugly for Love, which she says she agreed to under false pretenses. In many ways, no one could relate to Jade’s journey more than Knight could.

This reality shines through Knight’s performance. While the reason for her journey is not the same as Jade’s, the aftermath most likely bears cruel similarities. Her work as Jade feels as raw as can be, playing a young woman who literally feels robbed of her life as the acid attack leaves her with a changed face, and subsequently must deal with the barbarous world around her and how she treats herself.

Knight’s real-life experiences take nothing away from her acting talent, however. She is a stunning actress, playing Jade as a loveable but extremely flawed person. While we have no idea what she was like before her attack, we see a woman who often makes troubling decisions, pushing her life even further away from the normality she desperately seeks. As a viewer, while you plead with Jade to make better choices, Knight’s approach ensures that you relate to her character in ways another actress could have made Jade unlikeable and tough to watch. 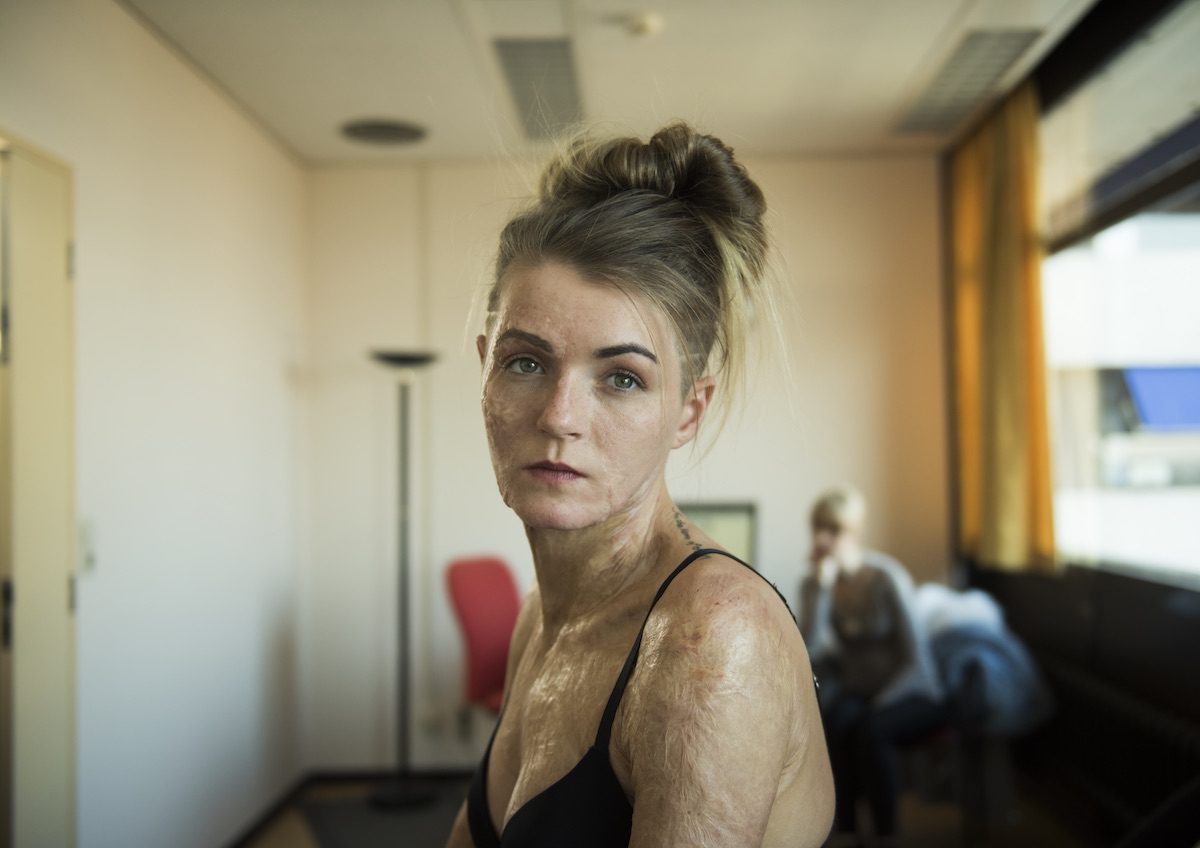 The role couldn’t have been easy, but that makes it even more chilling while also fascinating. Thinking about the scenes where people bully Jade for her scars, which another actress in makeup could have shrugged off between takes; Knight lives with that reality away from the camera as well. Her bravery for taking on this part is impressive and should not be overlooked. So far, it hasn’t been, this role bagging her a BAFTA breakthrough win already. All I can hope for is that this film makes way for Knight to play roles not only related to her scars; Dirty God reflects that she could go far.

The Direction is Intimate

Dirty God doesn’t linger on the initial acid attack or have many fussy sequences; instead, director Polak films Jade in many private situations and with extreme close-ups. There are also daring nude scenes, revealing Jade’s entire body. This closeness we get to Jade and the contrast between victims often wishing to cover up in public, is essential to note. I’d imagine this was no easy task, especially not for Knight; nevertheless, it added additional layers of depth, like we were with Jade on this explorational stage of her life, almost hand-in-hand.

The film’s clever camera work swaps Jade’s physical scars for her emotional ones, which are far more profound than any burn wound ever could. While you’d think the close-up shots of Jade’s face would make you focus on her scars more, it actually does the opposite: it helps change focus to her internalized pain. This is never done in a way that feels overexposed, and it is clear that Jade’s behavior and actions have a lot of meaning instead. 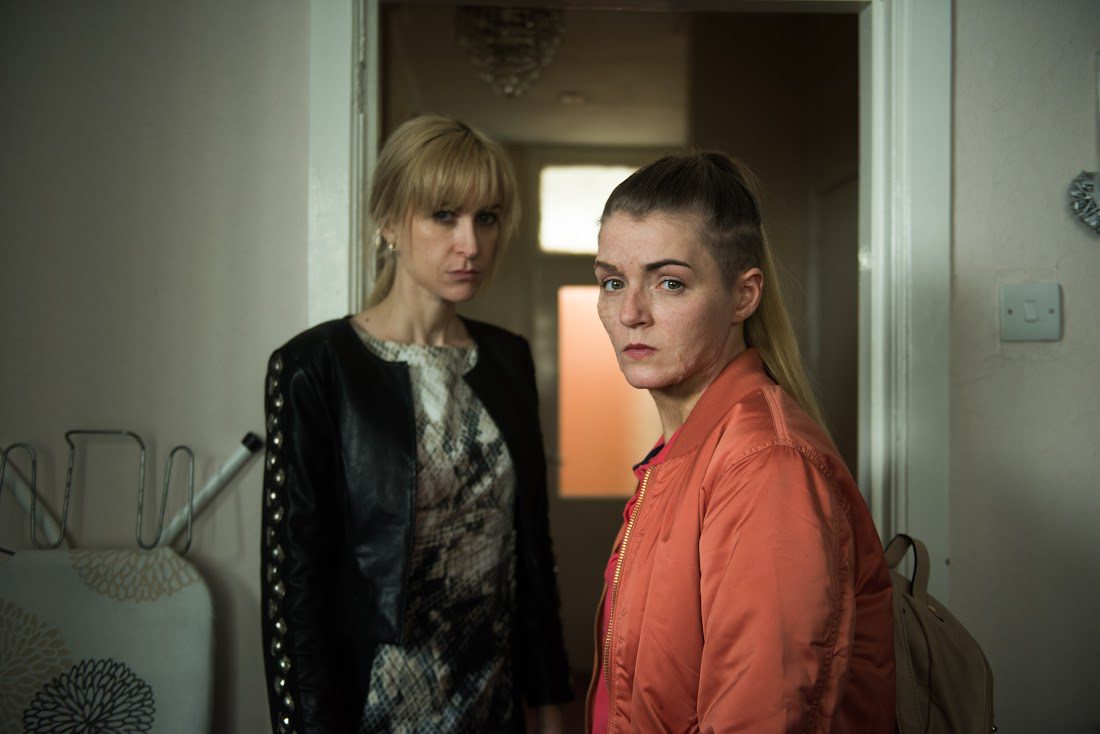 Her friends and her mom distantly share their support for Jade. While everyone besides Jade is a supporting character to her struggle, they add a ton of profundity to the plot. Jade’s ability to open up to a new friend who never knew her before the attack reveals more to what Jade is going through than any monologue would.

London is No Longer Just a Beautiful Image

Dirty God excellently represents burn victims, particularly victims of acid attacks. The issue around acid attacks is, unfortunately, one heard about frequently in London. While some fantastic British activists raise awareness for these issues, it is just as crucial in Dirty God that a platform exists in fiction.

London, therefore, plays a big part in portraying the world around Jade. Polak uses it as its own entity, reflecting the realistic perspectives of low-income families, broken homes, and living in social housing, rather than the exciting, picturesque, and almost romanticized London we are used to seeing in many British films. This is heavily reflected when Jade goes to touristic South Bank and later to Morocco; the imagery is instantly warmer and more appealing than the gray and bleak images throughout the rest of the film. If you live in a London borough, Dirty God can feel very close to home.

It turned out so close to home when I spotted my dental practice in the background of a scene! However, this feels like no coincidence: the film shoots in real locations you’d expect people would congregate. Dirty God has a constant feeling of realism. 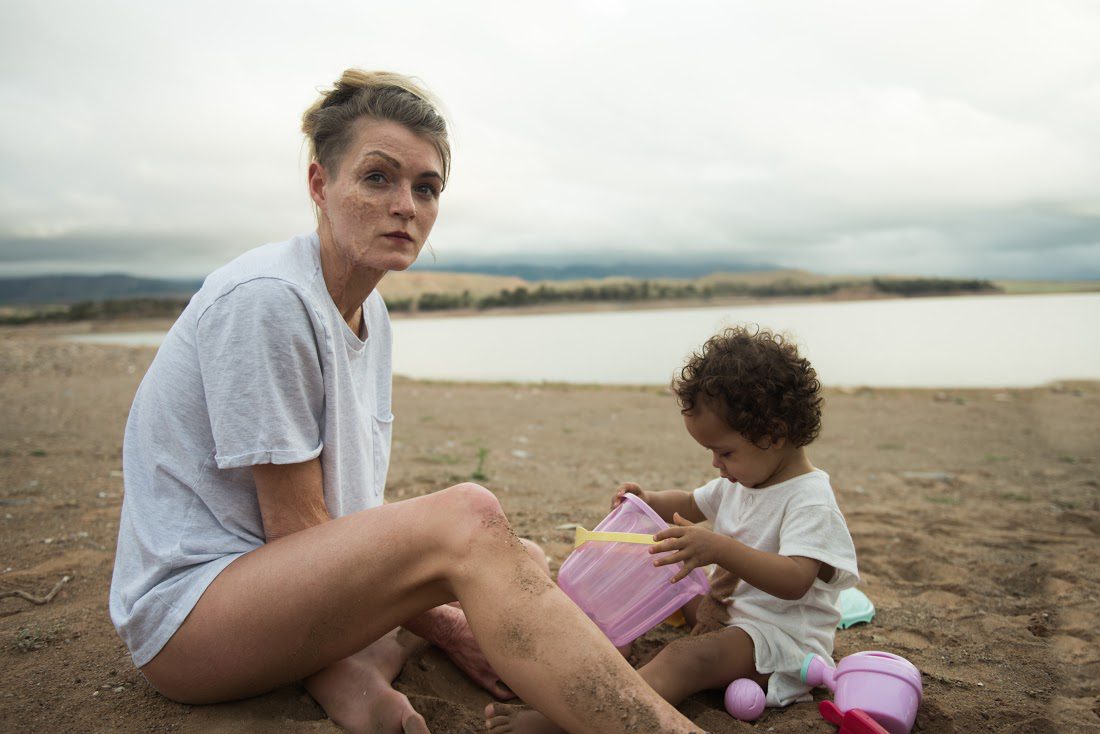 No Fireworks, in a Good Way

The film again constructs a realistic conclusion in its third act. There are no fireworks; however, there is a lot of optimism. While Jade lives through an incredibly tragic event, she is not a tragic person. The film makes us aware there is no beginning, middle, or end to trauma of this level; it’s a slow process that becomes a red thread through your life, and in some parts of your life, there is more of it than others. We only get to see one chapter of Jade’s book, but it’s one that completely engrossed me and one that will stay with me for a long time.

Don’t expect any flashing or crazy images. Dirty God is an honest character piece and reflection on navigating life after a life-changing event.

Thank you for reading! What are your thoughts on Dirty God? Comment down below!