Mark Jenkin returns to the directors seat with a killer folk horror feature. 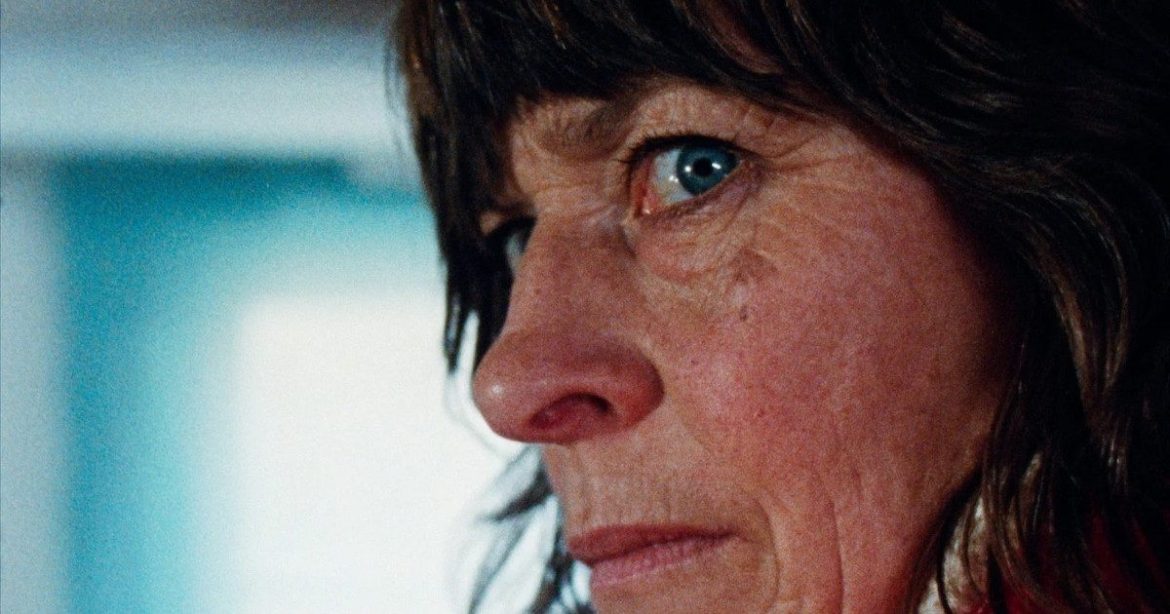 Hopefully, in the not-too-distant future, Mark Jenkin will be the name on everyone’s lips when it comes to talking about British films. Bait will be included on film schools’ syllabi along with the likes of Ken Loach’s Kes and Mike Leigh’s Secrets and Lies. Jenkin stood on stage, just minutes after receiving a round of applause for Enys Men at the London Film Festival 2022. It’s obvious how much passion he has for this project. When you make an experimental feature, you don’t expect to attract a large audience, let alone have people messaging you for years asking when the next one will be out. With COVID putting a halt to filming and its eventual release, Enys Men finally began to preview at film festivals in 2022 and has a UK release date set for January 2023.

Enys Men is an unpredictable horror feature set on a secluded Cornish island. Our main protagonist is The Volunteer (Mary Woodvine) who lives a very Groundhog Day-esque life. She gets up at the same time every day, puts on the same red coat, and goes outside to check the temperature and monitor a rare flower. As the story progresses, unusual incidents begin to happen. The Volunteer begins to see visions of the past, including a boat crash that happened on the coast where she lives. She notices lichen emerge from out of the flower she is monitoring, which slowly migrates to grow out of her own body.

Shot on beautiful 16mm film, Enys Men is easily one of the most visually stunning films of the year. Jenkin himself shot, wrote, and composed the soundtrack for Enys Men. He’s a one-man wonder. Every image of Mary Woodvine up high on the cliffs looks remarkable, and she always stands out in her bright red raincoat. The grain of the color film makes Enys Men stray from Jenkin’s previous feature Bait, but it doesn’t deviate completely from its themes. It’s almost a continuation of Bait, except this time, there’s the intertwining of folk horror into the narrative.

When I walked into the theater ready for Enys Men, I had no idea it included a Q&A with Jenkin, Woodvine, and producer Denzil Monk). But, after listening to them explain the influences and talk among themselves about the filming process it made me glad I’d won a ticket to be there. There’s something so alluring about Jenkin’s thought development when it comes to writing and shooting his films. From not having a cinematographer and trusting all of the shots he took on film, to recording the sound after collecting the footage. Jenkin even filmed the establishing shots of the cliffs in a completely different location from where the bulk of the film takes place.

Creating an original horror film in the era of reboots and remakes seems like a hard thing to do. However, Jenkin has done an absolute wonder of creating something so unique. Enys Men feels as though it’s come straight out of the early 70s in the time of some of the defining gialli and slashers. It takes a simple idea of a woman living seemingly alone on a secluded cliff edge and combines it with genuine consternation. If you love anything from Dario Argento or Lucio Fulci, then this is definitely one to put on your watchlist.

Thanks for reading! What are your thoughts on Enys Men? Comment down below!