‘Frozen II’ Breaks Away from Its Predecessor 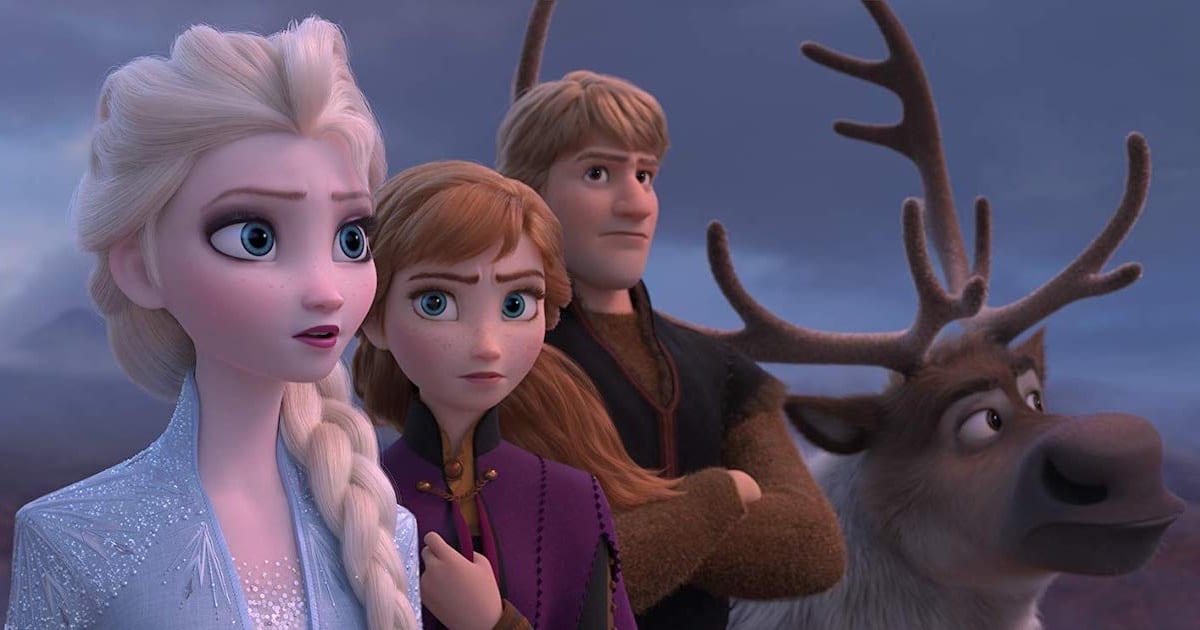 Walt Disney detested the idea of sequels. This is why, despite their profitability, there were no official Disney animated sequels produced until after his death. But even after his death, sequels weren’t something that Disney Animation Studios got involved with. Until 2018, there was only one official, in-house, Disney sequel made: The Rescuers Down Under. The studio has shied away from theatrical sequels and pushed them off to the direct-to-video teams. However, Disney has learned from Star Wars and Marvel that sequels make bank. So, we got Ralph Breaks the Internet last year, and this year we have Frozen II.

Frozen thrust Disney back into the forefront. Throughout the 2000s, Pixar and Dreamworks were mopping the floor with Disney Animation. Frozen came onto the scene in 2013 to bring Disney back to its magical roots while at the same time advancing it fully into 3D animation. While Frozen isn’t the first 3D Disney film, it is the marker of a new era. Tangled and Wreck-it Ralph were decent successes, but Frozen was the box office giant Disney needed to remind the competition of its place.

So, it makes sense that Disney greenlit a sequel. Here we are in 2019 and the world of Frozen is getting a revisit. Whereas the original captures the magic of Disney’s Golden Age, Frozen II captures the nuance of Disney’s Renaissance era. If Frozen is the modern Snow White and the Seven Dwarves, then Frozen II is The Little Mermaid. This doesn’t innately make one better than the other, but it means that you’re not getting a rehash of Frozen with Frozen II. Instead, you’re getting a new tale that takes the story and its characters to a new place.

The best thing about Frozen II is the added nuance afforded to Anna, Elsa, Kristoff, and even Olaf. We find Elsa comfortable with her powers but unsure of why she has them and what they mean. Anna is struggling with the thought of change and the idea of moving forward away from Elsa. Kristoff is unsure of how to express himself and show Anna just how much he cares. Olaf is realizing that growing up isn’t all fun and games. Frozen II captures the magic of the Renaissance Era by moving each of its characters forward in a new and meaningful direction. These characters are just as realized as they were at the end of Frozen, and are on a deliberate path forward.

The soundtracks of both Frozen movies are very reflective of the different eras their stories mimic. The original movie has catchy songs that are upbeat and meant to get stuck in your head. In Frozen II the songs are very experimental and convey more of a story. There are still a fun few songs for the kids, but overall the soundtrack is imbued with much more meaning than that of the original film. While overall, I prefer the catchiness of the original soundtrack, Frozen II gives Elsa a song that is one of Disney’s all-time greatest. That’s right, even better than “Let it Go”.

I’m talking of course of “Into the Unknown”. While in a similar vein to “Let it Go”, “Into The Unknown” explores the emptiness and freight of what Elsa is feeling. Not only does this song audibly slap, but it anchors the character and explores her emotions in a very meaningful way. Herein lies the difference between the music of Frozen and Frozen II, and it ties back to that added nuance.

Frozen II is unburdened by the need for you to fall in love with it. The film banks on the fact that you already know its characters and are on board with whatever it has to sell. This means that the movie is free to sell you whatever it sees best, without necessarily worrying about how many albums will sell and how many #1 singles it gets. While Disney is no doubt still concerned with its bottom line, there isn’t as much pressure on Frozen II.

The creators still clearly had fun with the music, but fun wasn’t the focal point. The need to be catchy and to recapture that Golden Age Magic has already been fulfilled. So, we get a soundtrack that is much more reflective of the Renaissance Era. One that puts the character above the music and is therefore heightened because of that decision.

Olaf is the biggest thorn in Frozen‘s side. He’s there for the kids, but there is far too much of him in the original film. Frozen II fixes this issue by giving the snowman something to do. He’s trying to discover himself in the same way that Anna and Elsa do. He still gets a “for the kids” song of his own, but he plays a more significant role in the story. Olaf is much more of a malleable character in the sequel and he is much less bothersome because of it.

While the story elements of Frozen II are stronger than they were in the original, the plot is weaker. Frozen has some pretty impressive stakes for a Disney movie. The kingdom was under an eternal winter for 4/5 of the movie and Anna was actively dying for 1/2 of it. It was no surprise when she came back to life at the end, but her death was lingered on and had time to make an impact.

Frozen II lacks any real, significant stakes. While the characters are enlightened by the film’s end, they end up almost precisely where they started. The biggest stakes the movie has to offer are diminished by some last-minute plot armor, keeping the film’s climax from reaching its full potential.

Ultimately, Frozen II is very different from its predecessor. This allows the film to be its own movie, without being bogged down too much by the original work. Frozen II gives its characters some much-needed nuance and moves them forward in meaningful ways. It has a soundtrack that works very well within the context of the movie, even if the tunes won’t be in your head much long afterward. What holds Frozen II back is its unwillingness to “Let it Go” and be as bold and abrasive as it sets itself up to be. A predictable, too perfect ending holds the film back from reaching the heights of the original.

Thank you for reading! What are your thoughts on Frozen II? Comment down below!

I’m glad to see a review from someone who obviously did their homework and knows the history.
I’m not sure when I’ll see the movie, so I’m glad the plot description was vague enough not to spoil anything while conveying the point across. Cool review overall!
P.S. Word of the day “nuance”. 😁

I saw this yesterday with the 6yr old and we both enjoyed it. I absolutley loved Kristoff’s song, it made me laugh a lot, but not sure it fit. It seemed an odd choice.