‘Queen & Slim’ is More Than “Black Bonnie and Clyde” 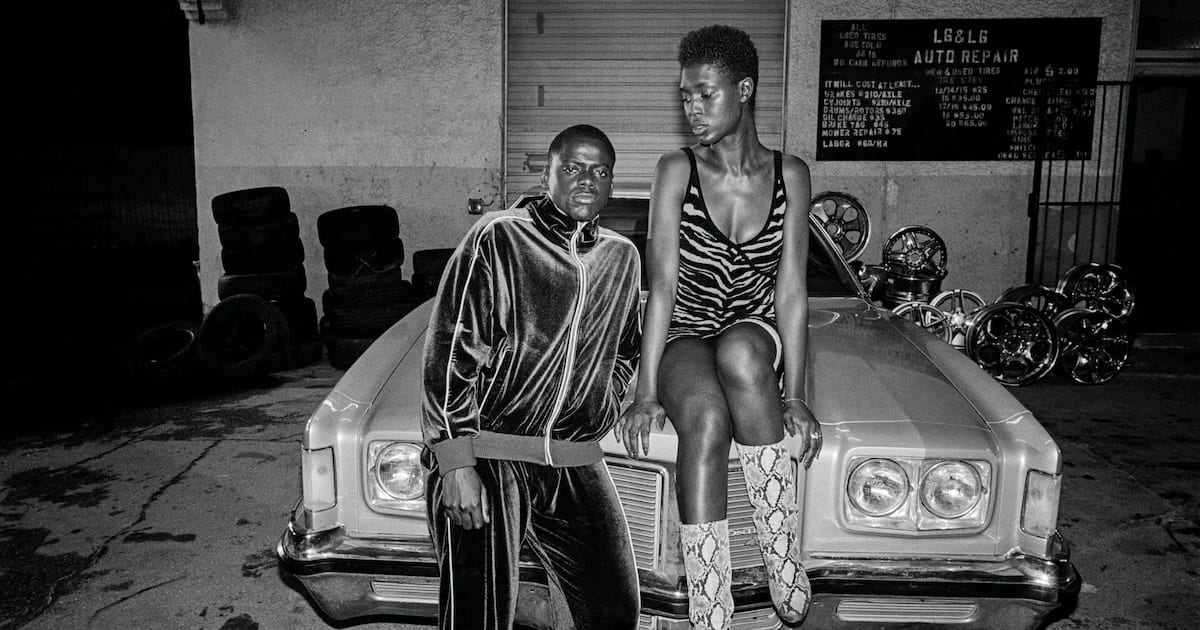 After an incredible run writing and producing television, Lena Waithe is taking her extraordinary talent to film with her first full-length feature script, Queen & Slim. As is custom for Waithe, she takes an unconventional (and wildly interesting) approach to something important. In this case, her attention is on police brutality, black people’s relationship with police, and the criminal justice system. Waithe turns this hot button issue on its head.

After what can only be described as an unsuccessful first date, “Slim” (Daniel Kaluuya) is driving “Queen” (Jodie Turner-Smith) home when they are pulled over. The traffic stop almost immediately goes sour and after a scuffle, the overly aggressive officer is dead on the ground with “Slim” holding the gun. Out of fear and self-preservation, they flee the scene. Now, “Queen” and “Slim” are on the run, dealing with their situation and fearfully trying to survive.

With our natural inclination to compare things, we often minimalize the greatness of one thing by comparing it to something else for the sole purpose of making it more digestible. While this may be effective for a manageable “take” or for crafting a tweet, it often detracts from the piece of art that is granted the comparison. It can further be an issue by creating false expectations or misrepresenting one or both films. Such is the case for Queen & Slim, which was labeled early on as “black Bonnie & Clyde”. This reductive comparison was shot down quickly by many members of the film including director Melina Matsoukas, who told the LA Times the comparison was “simplistic” and “diminishing”. It’s a perfect response from Matsoukas — the only thing I’ll add is that it’s also inaccurate because Queen & Slim is so much more than that.

What is the “Bonnie & Clyde” story?

When the comparisons came out it sent me searching for the actual Bonnie and Clyde story. I have a passing knowledge of what they did and that they were criminals on the run. I knew more about ’03 Bonnie and Clyde than I did the actual criminals. The real Bonnie and Clyde met in 1930 and their life of crime began soon after meeting. From burglaries, breaking out of prison to murder, the couple ran quite the criminal gauntlet. They started a series of headline-making robberies with a few accomplices, most notably Clyde’s brother. That made them a national target and led them to more robberies, kidnappings, and murders. This infamous couple committed horrible crimes and did unspeakable things. It all ended for them when they were gunned down in Louisiana. Bonnie and Clyde’s story is incredible and an interesting one, but it is also far from what Matsoukas and Waithe present in Queen & Slim.

So, What’s the Difference?

Apart from the reductive and problematic idea of labeling something by a race, the story of Queen and Slim is vastly different from that of Bonnie and Clyde. To begin with, Bonnie and Clyde were lifelong criminals. They committed crimes all across the nation and continued to commit crimes while they were on the run. Queen and Slim, on the other hand, are fleeing from a situation, not a series of crimes. Neither are criminals, they are the exact opposite. Their harrowing experience is one of sympathy, fear, and injustice, while Bonnie and Clyde’s is one of menace and terror. The difference between the two stories is large and it’s important to not conflate the two. Labeling Queen and Slim as the “black Bonnie and Clyde” paints a completely different picture from what Waithe and Matsoukas intended. It minimizes the message behind Queen and Slim’s story in a very harmful way. This simple comparison takes the sting out of an important story that reflects a lot of poignant truths.

The beauty of Queen & Slim comes in the story that Waithe spins using an experience as intense as this one. From the awkward first date that is so uncomfortably real that you shift in your seat, to the unbelievable love story that is devastatingly genuine, Waithe presents a near-flawless story. Using the intense scenario of being on the run as a conduit for her story is brilliant. Each conversation carries additional weight because of the extraordinary situation these strangers find themselves in. What would normally be a regular discussion (or disagreement) about the radio, takes on a whole new life. While Queen needs the silence to think and figure out their next move, Slim needs it to calm his nerves. Queen & Slim is full of uncomfortable scenarios such as this one but also holds a deep insight into how we relate and build with one another.

Finding a love story at the center of Queen & Slim is a beautiful and surprising turn. A real and genuine relationship builds between the two, which starts with trust that develops from their extraordinary circumstances. They are forced to trust each other and that turns to fondness. They have an extreme amount of time to just get to know each other. Each has nothing but time to talk and their circumstance creates vulnerability. Their journey hits like a ton of bricks because it forms out of something so unfortunate but is also authentic. It’s beautiful black love that is truly remarkable.

A Reflection of the Times

In that same LA Times interview Lena Waithe speaks of the artist’s job to reflect the times, “and by that, anything a black person writes is political”. That sentiment runs throughout Queen & Slim. This is a heavy film that tackles many issues affecting the black community. Police brutality is the most obvious, but it’s far from the only one. How black people fear the police and more specifically the criminal justice system is a beautiful and strong angle this film takes.

Queen, played fabulously by Jodie Turner-Smith, is a lawyer. She understands the law and how it works, she’s a part of the system. The fear in her eyes when the weight of their situation lands on her speaks volumes. It’s a knowing fear that jumps off the screen and hits so hard. As does Slim’s fear. Similarly, Daniel Kaluuya’s performance is so honest and vulnerable it hurts. He doesn’t have the same intellectual understanding and fear that Queen does — his is more visceral. He just wants everything to go away. He’s hoping for understanding and mercy. This speaks to the masterclass storytelling going on from the writer, director, and performers. To encompass both fears and genuinely bring them to screen, is an incredible feat, allowing Queen and Slim to both represent different versions of the black experience. It’s nonjudgmental and very understanding.

Queen & Slim is unapologetically about the black experience and from a black perspective, but it’s not simply for that demographic. This is an important story, but more importantly, it’s an important perspective. The premise, which I find wildly interesting, might be off-putting to some but is a way to share perspective and experience. Cops are not painted with broad strokes, nor are any of the other people represented throughout the film. Everyone gets the nuance and depth they deserve. It’s not a perfect film and there are a few moments that don’t work so well, but for some films, meaning stretches past those more trivial issues.

Queen & Slim is an important film, that speaks directly to our country’s situation. It does that with elegance and honesty and should be seen by everyone. More importantly, it should be seen with an open mind by everyone. A simple comparison based on surface-level similarities is not what this film is because it means so much more than that. It means more to the people involved and the people in the seats who are being represented with the care, intelligence, and nuance that often isn’t afforded to them.

Thank you for reading! What are your thoughts on Queen & Slim? Comment down below!

[…] efforts to include more women on the force and what that could possibly do to curb police brutality and heal community relations. The effort was led by the previous Chief of Police Janeé […]

[…] to help the movie be more palatable to other audiences. Even the recent films that come to mind, Queen & Slim, If Beale Street Could Talk and Moonlight are not solely about the romance. They are accompanied […]

I don’t think Daniel Kaluuya has put a foot wrong so far. Everything he’s been in has been good to great. Glad to hear it’s continuing.