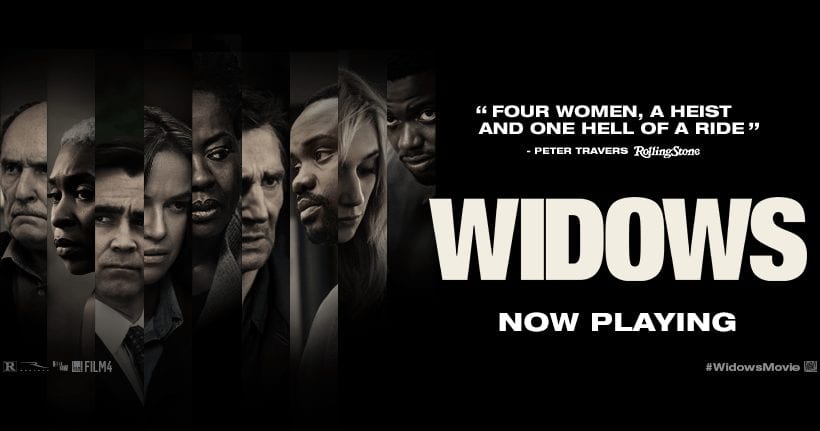 After a few noteworthy prestige films that included Best Picture winner 12 Years a Slave, Steve McQueen is back with Widows, a film that is sure to wow all kinds of audiences with its genre flair. Not only is Widows gripping, but it has a lot on its mind; this is not your typical heist thriller.

A police shootout leaves four thieves dead during an explosive armed robbery attempt in Chicago. Their widows — Veronica (Davis), Linda (Rodriguez), Alice (Debicki) and Belle (Erivo) — have nothing in common except a debt left behind by their spouses’ criminal activities. Hoping to forge a future on their own terms, Veronica joins forces with the other three women to pull off a heist that her husband was planning.

Widows combines the powerhouse that is Steve McQueen, the intrigue of Gillian Flynn (Gone Girl, Sharp Objects), and the virtuoso that is Viola Davis (How To Get Away With Murder). It tells a heist story that doesn’t gloss over female strength. With a star-studded cast to boot, this was certainly a movie to look out for this fall.

Widows was hotly anticipated by me, if only for an expected powerhouse performance by Viola Davis. Packaged with a story of female grit, and I was sold way before it came out. I can’t even remember when I saw the trailer for the first time, I just remember holding on to the idea of the movie in my head until I finally got to see an advanced screening for it.

Viola Davis was a vision. I don’t remember when I last saw a portrayal of a Black middle-aged female character with that much complexity. She reminded me of one of my aunts to an incredible degree. She played loved up, devastated, boss-like, no-nonsense, maternal, and sisterly with immensurable range. The survivor spirit was strong in her character, and it blew me away.

There is something to be said about Viola Davis’s pairing with Liam Neeson. The very opening scene depicts them in bed, sharing a passionate kiss. Viola Davis talked about it in an interview, about how simply revolutionary it was, for there to be that equal partnership between them. I agree. It normalized a healthy interracial relationship for a dark-skinned Black woman. I don’t see that enough.

The action sequences are very compelling, and I like the way the movie starts out with a bang. I especially love the parallels between each of the “widows” at the beginning — it was a very interesting directing choice. I was swept into the story and at the edge of my seat right off the bat. The juxtaposition between the lovingness of Viola Davis and Liam Neeson together, and the attempted heist of Liam Neeson’s team, was startling. Then, the sequence of all the different widows dealing with their loss was captivating.

The Entire Cast Comes to Play as Well

When Viola Davis’s Veronica isn’t making moves, Elizabeth Debicki’s Alice is stealing the scene. Elizabeth Debicki plays the character of a woman who has not had to stand on her own two feet very vividly and finds the inner strength needed at the core of her character to carry on in a society that underestimates her at every turn. Alice reminded me of Sansa Stark in Game of Thrones, a character who is sorely underestimated by the players in the ‘game’ around her for her soft demeanor and fragile frame, yet is capable of masterful mental maneuvering. I truly enjoyed witnessing her come into her own, from delicate doll to criminal mastermind. She subverted the archetype of the dainty ice queen woman who is not actually useful — she showed that she had steel in her veins.

A stand out performance was Daniel Kaluuya as a hardened crime boss. He was in command of every scene he was in and was so ruthless just the sight of him was fear-inducing. It would be seriously remiss for the Academy not to nominate him for Best Supporting Actor. His character showed a blatant disregard for human life, while also managing to remain on the upper hand of any power game. 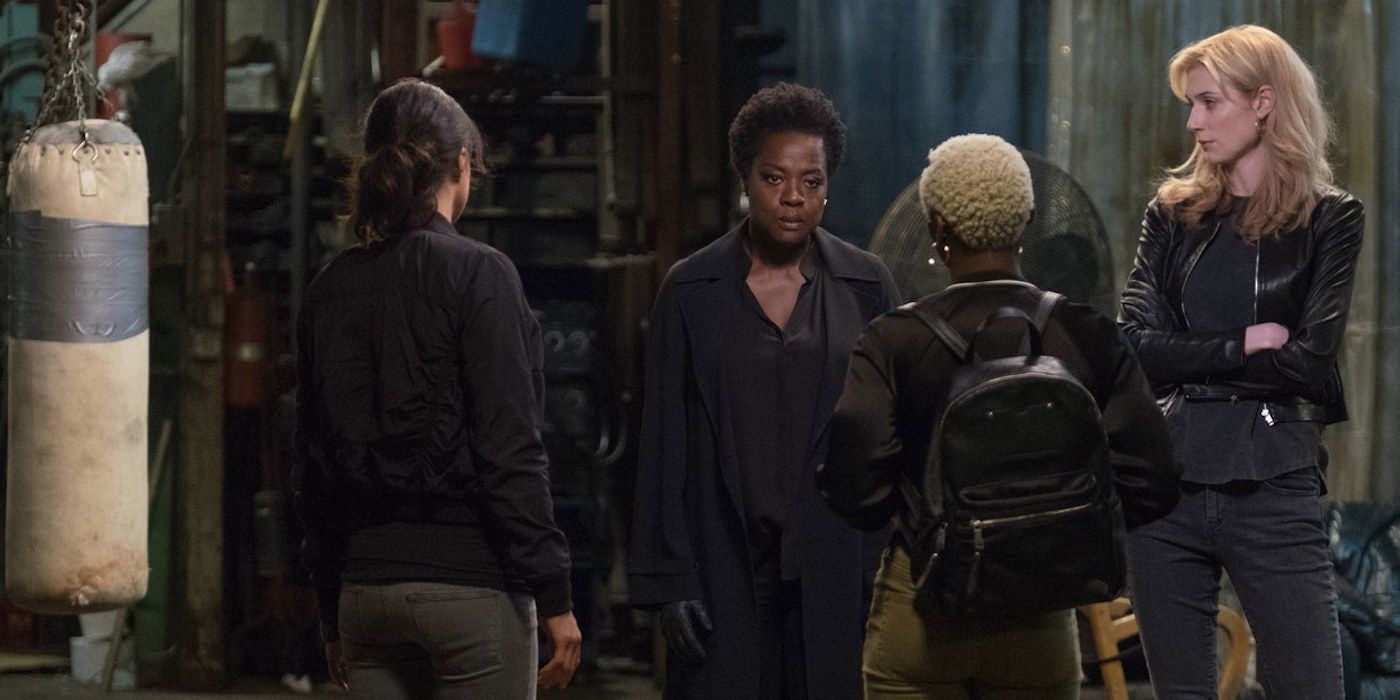 Widows is a Wild Ride

Widows is an intense thrill ride of twists and turns. The moment the audience thinks it has a handle on the story, it swerves in another direction. It’s an experience best had with an audience in a full theater. Hearing everyone’s reactions makes it all the more exciting of an experience. Like a rollercoaster, it’s even more thrilling with others along for the ride.

One of my favorite plot devices in a movie this year involved Olivia, Veronica’s dog. Keep an eye out on that dog to move the story along!

For the entire team of Widows, I was truly blown away by how much fighting spirit they all had. They weren’t overly sisterly, but they backed each other up as a team. When backed into a corner, they pushed back, guns blazing. I’m not surprised to learn that Widows’ script was written by Gillian Flynn, of Gone Girl fame. She can truly write tough female characters that are multidimensional and not necessarily likable.

Michelle Rodriguez also pulled a head-turning feat as Linda, a character who was at times rugged, but always resilient. Bryan Tyree-Henry was convincing as a political candidate with a bite of cruelty. Finally, Colin Farrell played the corrupt, moneyed politician very adeptly.

Widows is visually entrancing, fast-paced in its action, and rich in its character portrayals. This isn’t a movie to miss. Although we’ll all be inundated with films over the next few weeks as the Oscar race ramps up, be sure to carve out some time for this one.

Thank you for reading! What did you think about Widows? Comment down below!

One of my favorite movies of the year.