‘A Christmas Prince: The Royal Baby’ is Too Stupid to Handle 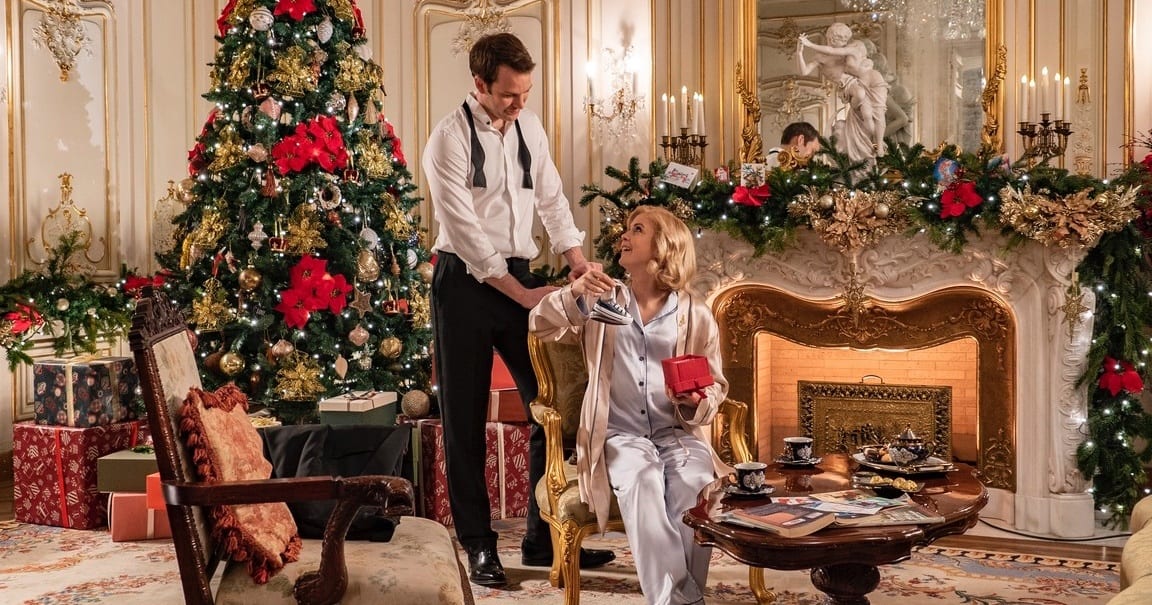 When Netflix released the first A Christmas Prince, its success seemed to take even the streaming giant itself by surprise.

To the 53 people who've watched A Christmas Prince every day for the past 18 days: Who hurt you?

A slight, corny bit of fluff, it nonetheless struck a chord with an audience looking for some easygoing, festive fare. Watching it every day for nearly three weeks might be insane, but a LOT of people obviously saw it on their Netflix homepage and thought “eh, why not?” Its success meant a sequel was inevitable. A Christmas Prince: The Royal Wedding slightly upped the dramatic stakes with a fraud plotline, but with the romance wrapped up, it struggled to offer a reason to continue following the story of the no longer Prince, but now King, Richard (Ben Lamb), and Amber (Rose McIver). In the end, it obviously did well enough to ensure the franchise became a trilogy, thus continuing what is now a yearly tradition of having A Christmas Prince movie out around Christmas. So now, we have A Christmas Prince: The Royal Baby.

The main issue I have with these movies is how transparent the writing process looks on screen. It never looks like anything but a plot by focus group or possibly algorithm. “They fall in love. They get married. Now, what do royals do? Breed. Get on it” A Christmas Prince: Aldovia Drift…I mean, The Royal Baby, has the problem that pregnancy in of itself isn’t cinematic. There’s no story beyond “baby gets bigger, then it appears” so they looked for inspiration from a few different places: Three Men And A Baby, Agatha Christie novels, and Scooby-Doo. Yes, really.

Bear with me on the setup explanation, because frankly for A Christmas Prince: The Royal Baby, it’s a doozy. 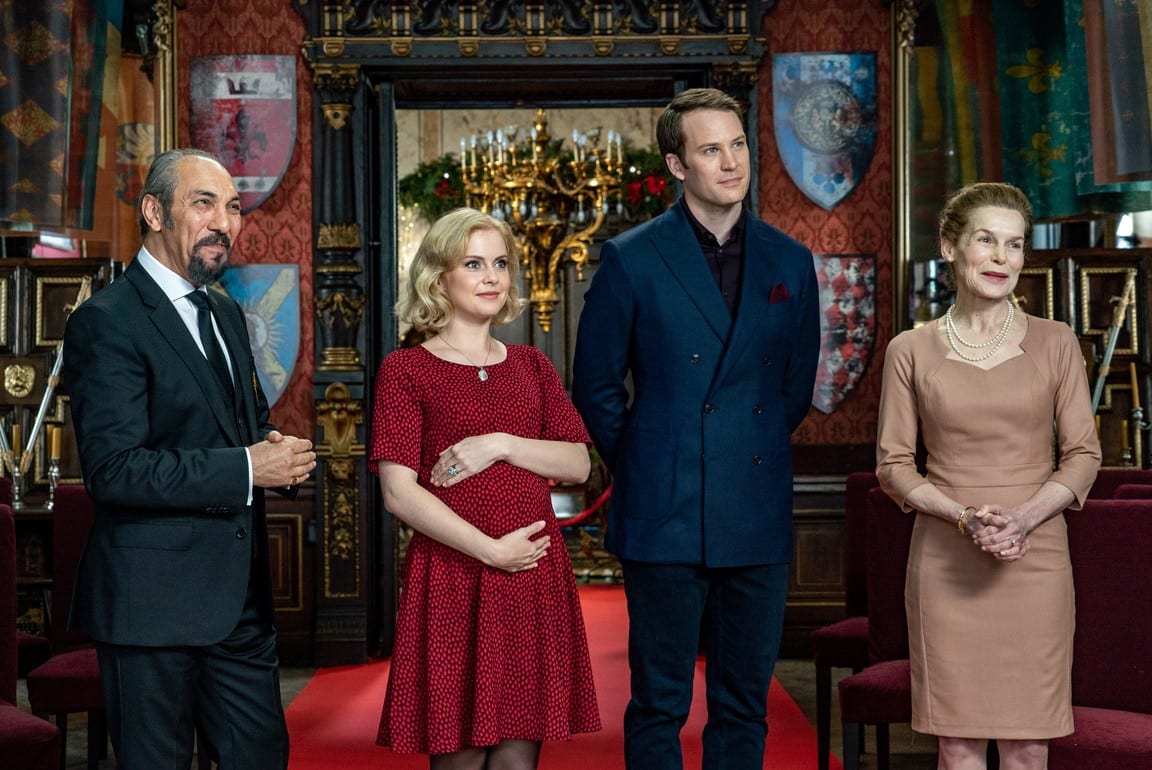 Aldovia’s neighboring country is Penglia. 600 years ago, Penglia and Aldovia had a war over access to the Silk Road. Yes, the Penglian characters are played by actors of Chinese descent. And there’s a Chinese city called Penglai. But Penglia is definitely European. Also, all the Penglians speak received pronunciation English. This is one of many, many aspects that if you think about it too hard, it gets very confusing.

In this universe, the war of 1419 ended due to Christmas Spirit. No really. So, on Christmas Day, 600 years ago the Aldovian and Penglian kings signed a peace treaty. Every one hundred years since, the countries’ leaders join to re-sign it on Christmas Day. Which is definitely how things work in real life. You must remember last year when the British and German Prime Ministers gathered to make sure World War I didn’t kick off again?

(Sidenote: Life as an Aldovian royal must be insanely boring for the rest of the year. Treaty to sign? Christmas Day. Royal Wedding? Christmas Day. I think I won’t be giving too much away if I ask you to guess when then the royal baby will arrive.)

So when the treaty is stolen, the royals must track it down while also dealing with the incoming labor and some other romantic side plots. And a curse. Yes, a curse. The treaty also included a curse on the next born Aldovian baby, which is a hell of a clause to insert.

All of this is too much for what should be a slight, frothy concoction. I was happy to let the first A Christmas Prince film pass by in ninety thought-free minutes. I have no problem with a simple romance. But this…this goes beyond the boundaries of easygoing and barrels straight into moronic. The threat is possible war, over a symbolic show. Between two countries that the film specifically states do not have standing armies.

All this, and curses and ghosts. The script is all over the shop, desperately throwing things in to stretch the running time to feature-length.  The makers mostly forgot it was was a romance story, which is a shame as the brief glimpses of charm come from Honor Kneafsey’s Princess Daisy and a young suitor. There, The Royal Baby gets back to the overly sentimental whimsy that is the main draw of these Hallmark-esque films. But not for long, then it’s back to supernatural threats that are jarringly out of place.

Which in some ways is a shame. The existence of whole channels to this sort of filmmaking shows there is a demand for decently crafted, cheesy Christmas movies. And unlike Hallmark, at least Netflix has numerous actors of color and even LGBT romances in them. Hallmark’s 2019 Christmas slate has 24 films and not a single gay partnership between them. Netflix probably can’t take on the world of blockbuster franchises at their own game but the level of light entertainment should be raised by the money and access to filmmakers they have at their disposal. It won’t be the first franchise to outstay it’s welcome, but such a low stakes universe should be extremely easy to add to once a year. Still, the makers couldn’t even manage to maintain that quality with A Christmas Prince: The Royal Baby.

Thank you for reading! What are your thoughts on A Christmas Prince: The Royal Baby? Comment down below!

I couldn’t even read the review all the way through. The pictures and the title are enough for me… no thanks to this one!

Now I almost want to watch it to see how bad it is. LOL