‘Little Women’, or What Might Actually Get Saoirse Ronan an Oscar 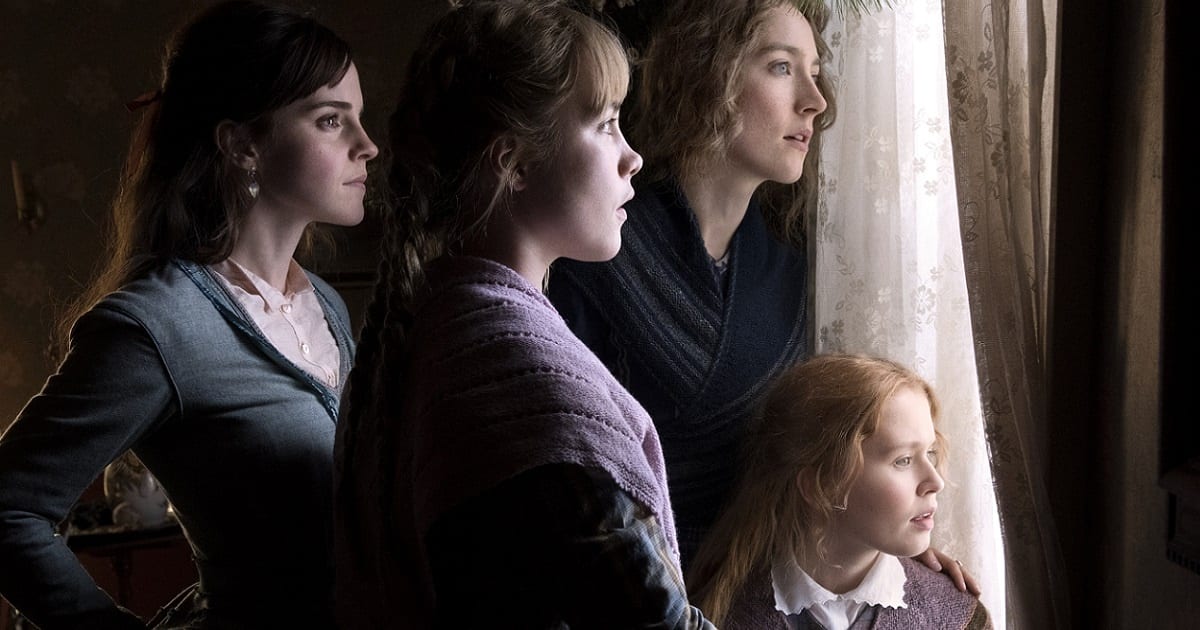 “Women, they have minds, and they have souls, as well as just hearts. And they’ve got ambition, and they’ve got talent, as well as just beauty. I’m so sick of people saying that love is just all a woman is fit for. I’m so sick of it!” Saoirse Ronan as Jo March says this line in the third act of Little Women, and it is also featured in the trailer for the film. What’s striking, though, is that immediately after this, Jo says “But…I’m so lonely” her voice breaking as she cries to a sympathetic Marmee, played beautifully by Laura Dern. Ronan plays Jo in a unique and relatable way, and this monologue perfectly encapsulates it: a woman who is fiercely independent, and deeply lonely because of it. Little Women, based on the novel by Louisa May Alcott, follows the March girls, Jo, Meg (played by Emma Watson), Amy (played by Florence Pugh), and Beth (played by Eliza Scanlen), with their mother Marmie and their next-door neighbor Laurie (played by Timothée Chalamet) as they deal with domestic life and their father being out at war. Greta Gerwig manages to take a huge tale and make it warm and intimate.

Gerwig’s take on the classic tale is gorgeously shot, beautifully written, and warm in a way that is hard to make such a huge film feel. Gerwig took a unique approach to her script. The story moves as two parallel timelines, the March girls as children and then as adults, and switches back and forth with ease, allowing the audience to tap in and out of nostalgia. She adds an emotional element that is harder to get in a chronological adaptation. In her shooting, Gerwig used an orange filter for shooting the girls’ childhood, and a blue filter shooting their adulthoods, making the “present” in the context of the film feel cold and icy, almost a slap in the face compared to the warm nostalgia of the past. This choice to differentiate the tone for these time periods is huge, because it makes the audience buy into the nostalgia in a way that previous adaptations haven’t really been able to crack. It feels warmer, friendlier, homier, and altogether a little more in tune with the emotions of Alcott’s novel.

The Music of the Marches

The score of Little Women, composed by Alexandre Desplat, is lively and injects a lot of energy into the film. The instrumentation is gorgeous, and he rightfully won a Golden Globe for it. There is a clear difference in the pieces that take place in each timeline, and they coordinate extremely well with the tone of the camera filters. He brought the film to a new level with his score, and it reminded me of a more grounded Harry Potter score. It has a similar whimsy and magicality to it, but shows a lot of restraint and doesn’t try too hard to be “epic”. I might be saying that because of Emma Watson, but I think I’m right regardless.

In terms of the acting, Ronan and Pugh are absolute standouts. Ronan has been an amazing actor since her breakout role in Atonement, but she brings a complexity and simmering energy to Jo that is, in my opinion, unmatched. Pugh, on the other hand, a relative newcomer, garnered a massive amount of attention for her role in Midsommar, and here she manages to make one of the most unlikable characters in literary history, Amy March, extremely likable. Between Gerwig’s writing and Pugh’s acting, Amy turns from a cold and spoiled brat into a warm and almost misunderstood mirror to Jo. Both are creative, both have deep relationships with Laurie, and both are deeply passionate in ways no one else in the story could ever dream of being. Pugh and Ronan bring this dynamic to another level, and their physicality with one another is so genuine it felt really wrong to draw them apart at all. Emma Watson as Meg brings a kind and motherly spirit which matches well with James Norton’s (Grantchester) John Brooke. 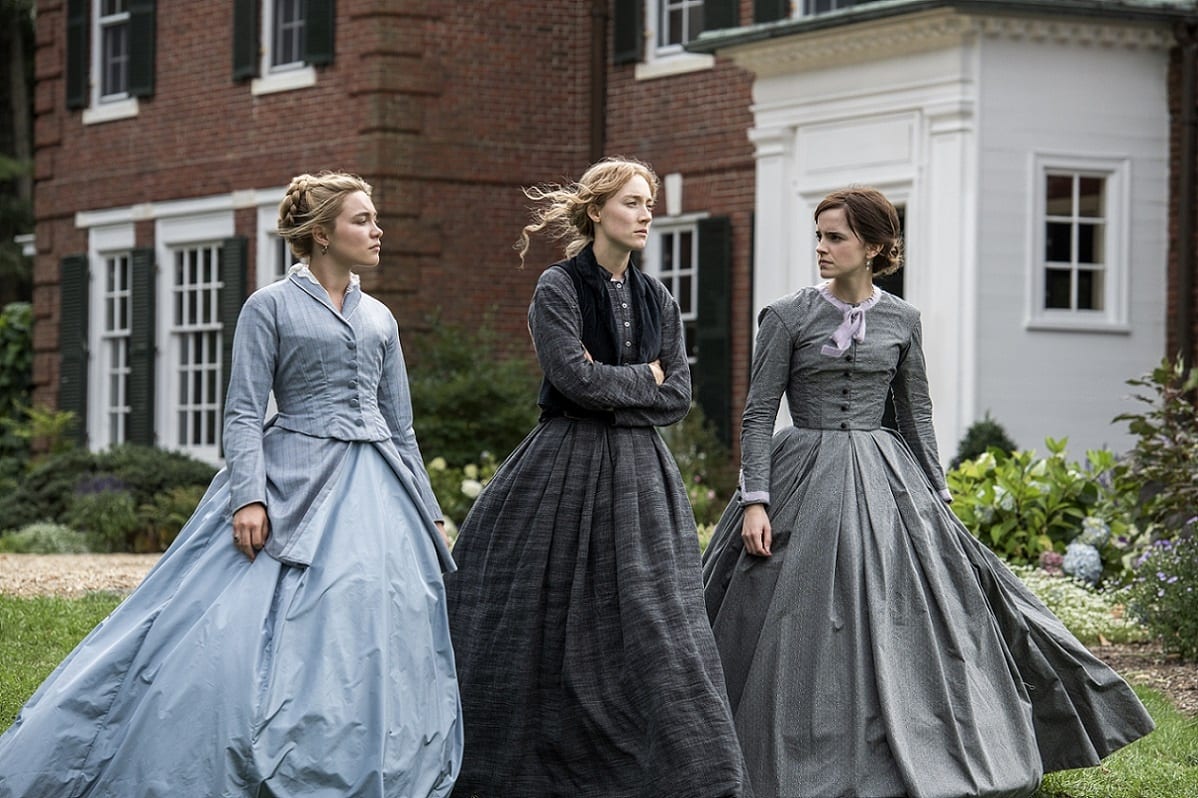 Eliza Scanlen’s turn as Beth is deeply sweet and moving, particularly her chemistry with paternal figure Mr. Laurence, played with empathetic resonance by Chris Cooper. Chalamet was born for the role of Laurie, the adorable and androgynous scallywag who desperately wants to be a part of the March family, and his chemistry with both Ronan and Pugh is undeniable. Chalamet and Ronan have proved their compatibility on-screen and off since Lady Bird, Gerwig’s 2017 directorial debut, but Chalamet is perhaps most interesting when he is separate from the women of the March family. He longs to be a March, and longs for a March, particularly Jo, to love him, and when he is separated from them, he is constantly seeking them out and longing for their company. Chalamet makes what could be a rather annoying, particularly in the latter half of the story, character into someone I found myself really rooting for, which I think goes to show Chalamet’s charm, especially compared to Christian Bale’s take on the same role in the 1994 version of this same story. Dern as Marmee, similarly to Ronan as Jo, brings a simmering rage to her character, but never sacrifices the motherly instincts Marmee possesses. Meryl Streep rounds out the principal cast as Aunt March, and despite the little screen time she has, she has a commanding presence and embodies the role very well. I’m truly shocked that no one besides Ronan is nominated for a Golden Globe, but most particularly Pugh. Her performance is sublime, and since she didn’t get any recognition for this, I’m (perhaps foolishly) holding out hope that the Academy gives her the credit she deserves. Ronan is a force on screen to act toe-to-toe with, and Pugh-as-Amy gives Ronan-as-Jo everything she gets and then some.

Jo’s monologue comes when the set of sisters separated in what seems to Jo a permanent way. This film is not only a reflection of domestic life and girlhood, but it’s a profound portrait of friendship and female intimacy that is not often shown so warmly. Yes, they all fight and quarrel and become jealous with one another, but on top of all of that is a layer of love and intimacy that the men in this film can only aspire to be a part of. John Brooke looks on the March family in admiration, Mr. Laurence tries his best to be a father figure to the family, and Laurie desperately seeks to be a part of their intimacy. The beauty of this film, however, is Gerwig letting the audience where the men of her film can never go, to be a part of this sisterhood, this intimacy that only women can ever really have.

Thank you for reading! What did you think about Little Women? Comment below!

[…] York. When Ashleigh (Fanning) lands an interview with an acclaimed director down in NYC, Gatsby (Chalamet) decides he will use the twenty thousand dollars he just won playing poker to treat her to the […]

[…] Another of my favorite adaptations of this story that might be more familiar is Amy Heckerling’s Clueless from 1995. Cher is Emma! Fun, right? Director Autumn de Wilde and screenwriter Eleanor Catton’s newest adaptation of the beloved Jane Austen novel, Emma., continues the long-held tradition of gorgeous film versions of Austen’s works. This adaptation, like Emma Woodhouse’s first 21 years, is neither distressing nor vexing, and feels like a warm cup of tea if you could watch what happens as the tea infused into the hot water. It’s measured and calm, while also being profound and tense. The acting, the direction, the writing, the set, the costumes, the score, all come together to create one of the most delightful and moving films I have seen, on par with Gerwig’s Little Women. […]

‘The Call of the Wild’ Forges Its Own...