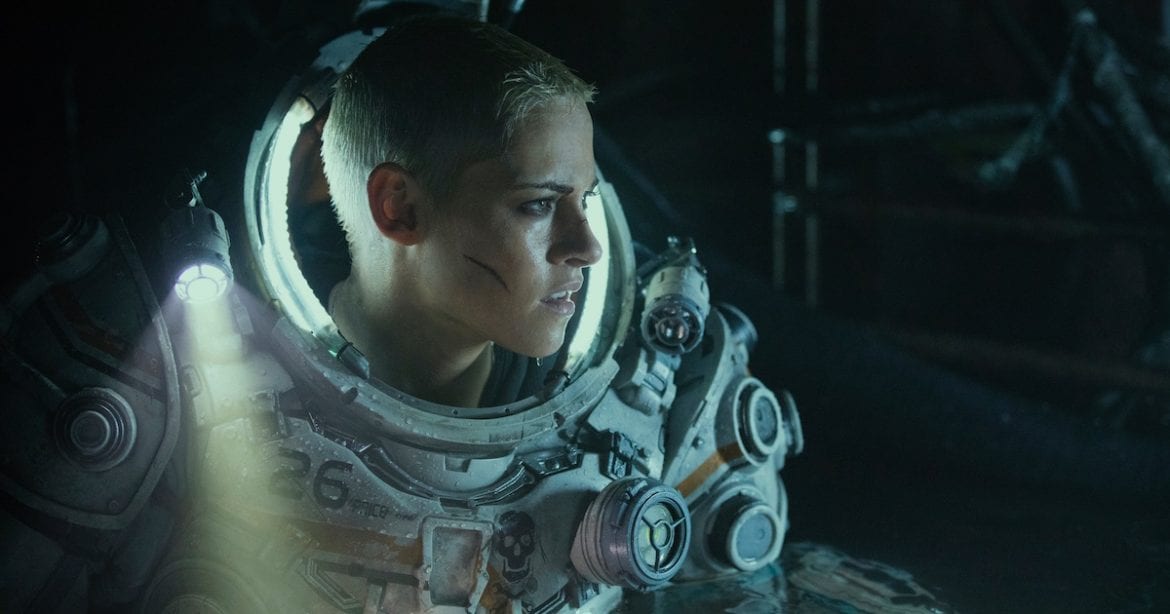 Underwater, starring Kristen Stewart and a handful of “oh I’ve seen them in something“‘s isn’t a groundbreaking film.  The inspirations it draws from Alien and a slew of other creature features are easy to spot. Originality isn’t what this movie is going for, and that’s okay. What this movie does go for is popcorn entertainment, and it delivers just that.

If you want to see Underwater, you want to see its characters get killed off. That’s the sole appeal to this premise. The film delivers greatly on that account. While it isn’t filled to the brim with death, Underwater manages to build some tense and memorable kills. The dark depths of the deep blue provide the film with a creepy playground to explore in. The movie makes the most of its cold dark expanse and its character’s inability to navigate it as it builds up suspense.

The deaths come somewhat predictably, and it plays greatly into the horror survival stereotypes, but that’s not necessarily a bad thing. The characters aren’t much more than their archetypes (the stoner, the virgin, the leader, etc…) but that’s not a bad thing. The plot and story are streamlined greatly by the lack of character investment. I didn’t find myself caring much about who was who and who survived and that elevated the popcorn thrills I bought a ticket to the movie for.

The mermaid monsters in Underwater work because the movie doesn’t put much thought into them. There’s no overly complex backstory a la Godzilla: King of the Monsters. All the movie needs you to know is that they don’t like humans and that they’re very capable of murder. That’s all you need to know. Underwater keeps its monsters shrouded in mystery and that makes them fearsome. Often times with movies like this we learn too much and it takes away the scariness of the unknown. Underwater lets the monsters remain scary by not letting us dwell on what they are or where they come from. Rather, the film nearly overwhelms us with what they can do and how they threaten the characters. 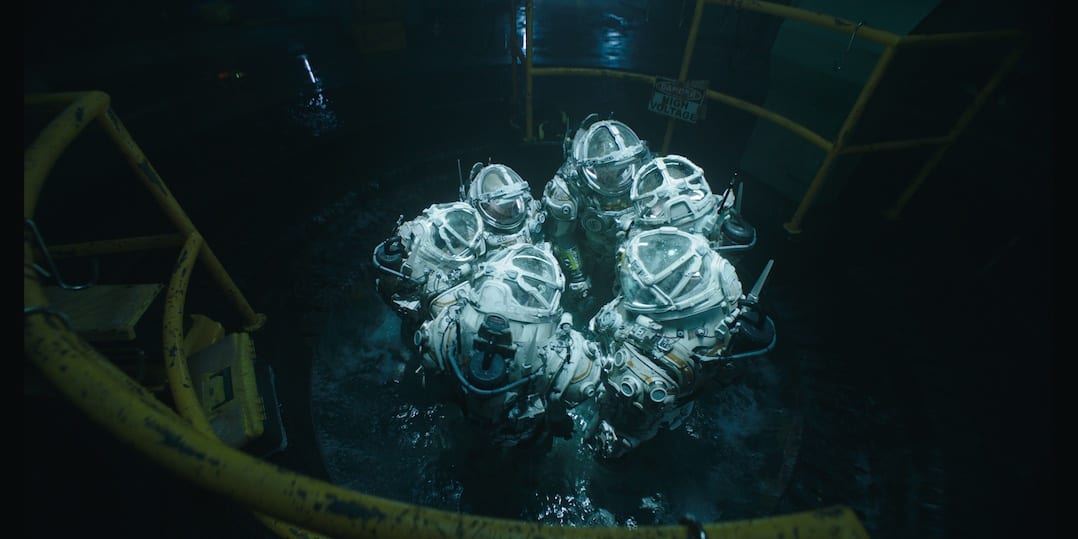 The first two acts of this movie zip by extremely well. The film does a great job of dumping you straight into the action and filling in the details later. There aren’t many wasted moments here and the story moves quickly forwards. Then the third act arrives. The third act is where Underwater decides to get serious, and that’s a mistake. The first two acts work well because they keep everything pretty shallow. It’s pure entertainment.

However, the third act suddenly delivers arcs for two of its primary characters. It offers conclusions without ever providing set-up or asking a question, and that slows down the movie’s momentum greatly. Instead of pushing you through the tension of the first two acts towards even more tension and payoff, the movie slows down. The tension lesses and the stakes don’t feel nearly as high because the characters are given breathing room. This movie succeeds when the pressure is on but quickly fizzles when the pressure is turned down.

I went into this movie with minimal expectations, as I suspect most people will. I don’t ask for much from a survival movie set underwater, and so Underwater isn’t expected to deliver much. For the most part, the film is very self-aware of its audience. Underwater delivers the goods without weighing itself down in an unnecessary, half-baked story. This thinness of plot keeps you from questioning the movie and lets you move through its beats in a satisfying and unquestioning way.

Overall, Underwater is a very enjoyable movie. I won’t carry fond memories of it, and I probably won’t go out of my way to watch it again. However, I had a damn good time watching it in theaters. It reminds me greatly of last year’s Crawl. Both of these movies deliver on their horror antics and roll credits before you have time to get bored. They don’t do anything genre elevating, but they’re more fun than 85% of the other movies you’ll see all year.

Thank you for reading! What are your thoughts on Underwater? Comment down below!