‘Alien’ is the Greatest Sci-Fi Horror Movie of All Time 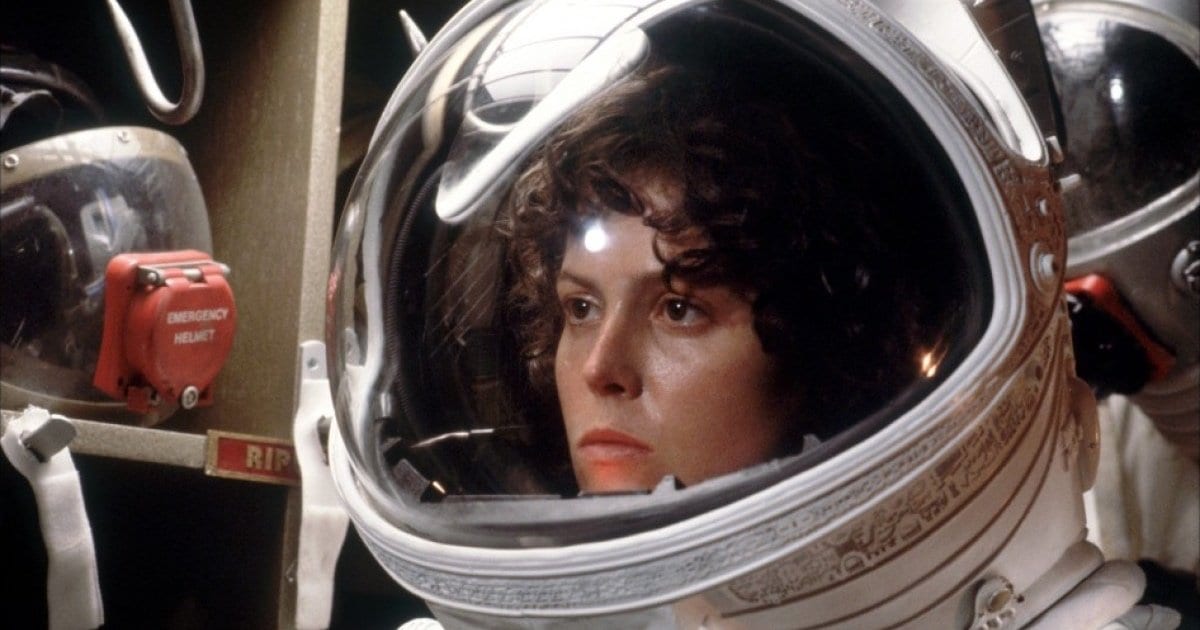 It seems like every day a random movie is celebrating a random anniversary. As nice as it is to be reminded of Jet Li’s The One, there is no need to acknowledge its 17-year anniversary. As enjoyable as that film is, I don’t think a long post on social media is warranted. Outside of this simply being annoying it becomes frustrating when actual classic films have an anniversary come and go with very little fanfare. There are certain films that need to be acknowledged and remembered as often as possible because of their greatness and impact on the film industry. Alien is certainly one of those films. May 25th was the classic horror film’s 40th anniversary. Which makes this a perfect opportunity to look back at the greatest horror film of all time.

Like any cinephile, I have a list of films that I should have seen by this point but just haven’t for one reason or the other. Admittedly, my list is a little longer than most and there are certainly a few shockers on there (I still can’t believe I haven’t seen Pulp Fiction yet). For a long time, Alien was a big name on my list of movie shame. As a huge fan of horror, this is a film that I should’ve seen long before I did, two years ago.

After finally getting to it, I understood so much more about the genre itself, including the subgenres of space horror and creature features. Films like Event Horizon, Life and pretty much any film with an alien made so much more sense. Even thinking to other horror films, the impact of Alien looms large over the entire genre. This is a genre defining film. Traces of Ridley Scott’s genius can be found in today’s films, 40 years later. That is the mark of a true classic. The fact that it still works in the present day is another. I may have been late to this party but finally getting here has put me on to one of my favorite films of all time. 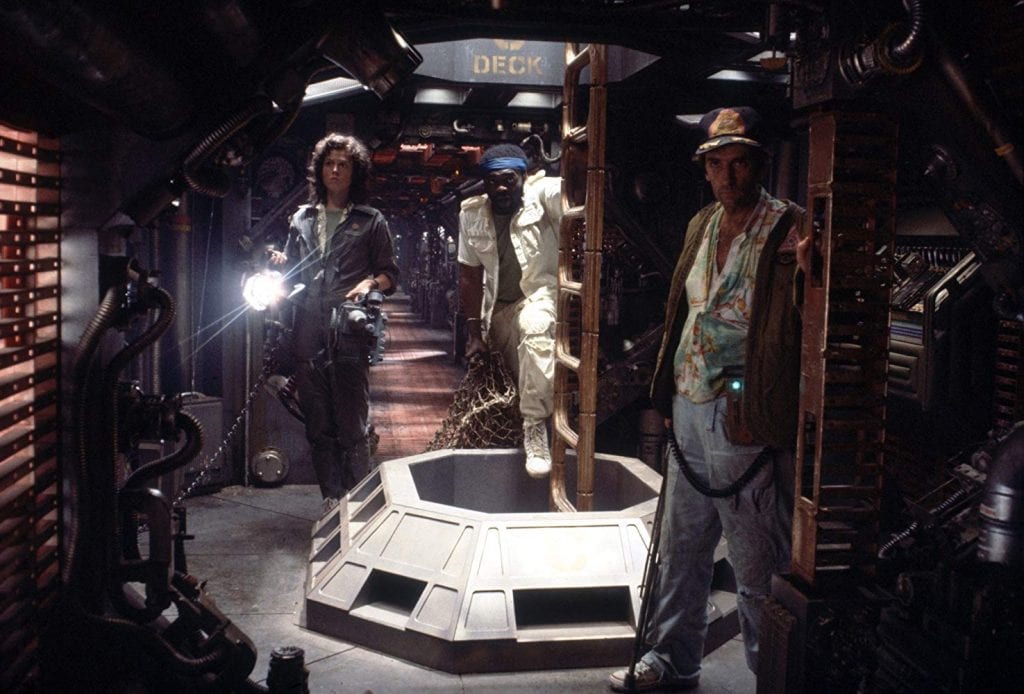 The edge of your seat, holding your breath, anxiety rising moments in horror films are my favorite part. The very best of the genre creates so many of these moments that they end up feeling less like moments and more like an engrossing experience. Few films have been able to create and sustain tension like Ridley Scott did in Alien. From the slower pace of the first half, to the horrors of walking through the ship hoping the Alien doesn’t show up, there are few moments throughout this film that allow you to relax. The tension works so well in this film because you’re discovering everything with the crew. Each element of this film is so original that it’s impossible to know where the story is going.

What makes the tension in Alien so masterful is all the different elements of storytelling in which it’s present. Foundationally, the story itself is full of tension. From the unnerving experience of being in space to the fact that there is nowhere to go when things go south, the story itself provides all the tension you need. Scott doesn’t settle there, however; once the Alien is added to the mix, the tension becomes palpable and far more overt. Any alien on a ship is horrifying, especially one that grows by the minute and is hunting everyone aboard. Each discovery of the alien increases the horror. Tension doesn’t age, and 40 years late, Alien is just as terrifying. 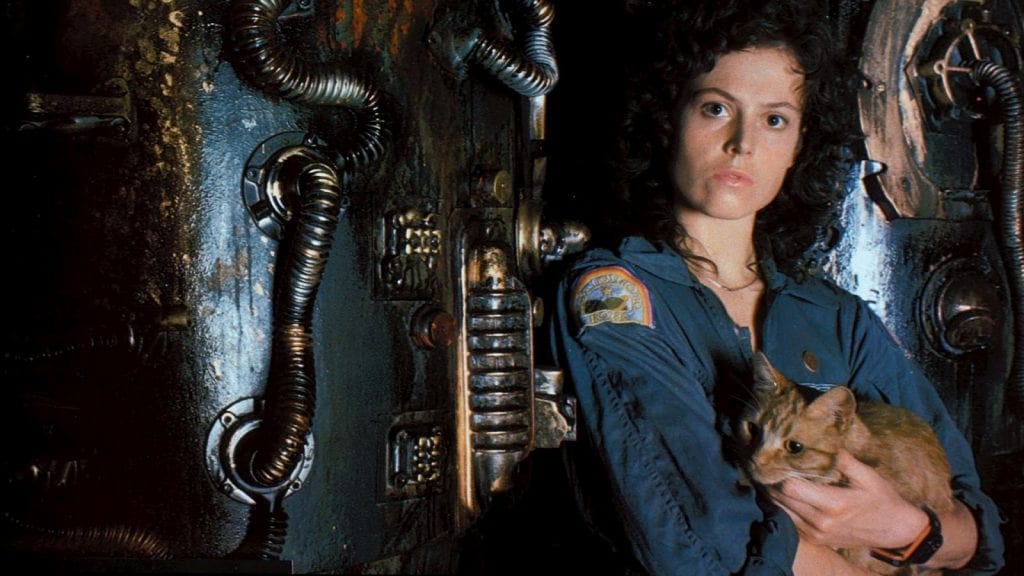 I can’t speak to 1979 (I was born in ‘87) but as it stands now, Sigourney Weaver gives an iconic performance as Ripley. This may speak more to problems in Hollywood than anything else, but even now this character is inspiring. A badass woman that survives a terrifying alien attack aboard a spaceship is worthy of our respect. Apart from that, Weaver as a performer brings Ripley to life in a way that has been virtually unmatched since then. The female survivor is a bit of a trope in horror and sci-fi horror films now, but most seem to simply be surviving. Ripley is fully in control of the ship and her actions. She is responsible for surviving this situation because of her ingenuity and intelligence. I love Ripley as a character and as a survivor.

I’m a nerd for cinematography. It very well may be my favorite element of filmmaking. I’ll watch films or even clips from films over and over again just to see what the camera is doing and why. Alien has so many tremendous qualities but the cinematography jumps out the most. If storytelling is the foundation, then the cinematography is what brings everything together. The camera moves with such elegance throughout this film and there are plenty of times where I just sit in awe of the shots I’m seeing.

Plenty of what is shot in Alien have become standard for horror films and others haven’t been matched since. It becomes iconic when the most classic scenes are remembered in part because of how they are shot. The chestburster scene is outstanding, the alien appearing behind Brett (Henry Dean Stanton) as he looks for the cat and Ripley’s discovery of the alien in the final act are all iconic moments in part because of how they are shot. They are riddled with tension because the camera has you focusing on other things and presents the true horror of their situation perfectly.

A lot of horror, and especially sci-fi horror, doesn’t work because the creature that is doing the terrorizing either isn’t scary or simply doesn’t look very good…or is used far too much. That’s precisely the problem of many older creature features: the monster simply hasn’t aged well. That is not the case at all with Alien. The Xenomorph is one of the more terrifying creatures in all of film. I can’t imagine how scary it would be in 1979. There was nothing like it up to that point and even still the true horror of that creature hasn’t been matched by another. The design of the Xenomorph is perfect and the evolution of it is brilliant. For my money the Xenomorph is the best ever in the genre.

Does Alien Hold Up? (Spoilers: Yes)

This may seem like a silly question after having spent this entire time gushing about the film. I still feel it’s an important question to answer. There may be plenty of people, like me, that have just missed this film for one reason or another, or someone that hasn’t seen it in years. Alien doesn’t just simply hold up, it soars. There are some classic moments of 70s overacting and a few visual effects that will make you chuckle (it honestly looks like Christmas lights on the bottom of the ship). None of those things really make an impact since everything else is so great. You will never believe the film is 40 years old in any way. Alien is the best type of classic. You can see why it was so great at the time, how it impacted the genre and that you can still enjoy today.

You can skip most movie anniversaries, but you should never miss an opportunity to revisit and respect Alien. It’s not just a classic, it is one of the best films ever.

Thank you for reading! What are your thoughts on Alien? Comment down below!

[…] the Halloween season is watching spooky films for the very first time. Whether it’s watching classic horror movies I should have seen a long time ago or unearthing a few cult fascinations, every October is a time […]

[…] is a perfect example of how to take a premise that has been done almost perfectly in the past and show the audience that there is room for more. Once you look past the Alien […]

Alien is certainly a masterpiece (that’s how I defined it in the review I wrote on my blog, if you want to pass by!), but if we are talking about the best horror/scifi movie of all times… I guess I must say that I consider John Carpenter’s The Thing superior to Alien.

I do love Alien, but The Thing is better in my opinion!

Agreed! Alien is a masterpiece from start to finish, and something that even a more low-key horror fan like myself can enjoy.

I love the second one more but horror it is not. Your statement is almost factual.

Don’t even need to read the article (which I did) to agree. “Alien” is the bomb.

Like JAWS, the less you see the Alien and imagine its movements and places of hiding, the scarier it is. This is brilliant filmmaking and a hybrid of sci-fi and horror. You capture it all very well, and I’m glad the movie is still timeless with a viewing today. I’ll bring it back in October when all I watch are horror films. Best of luck!

I agree. Jaws still terrifies because of the blanks the viewer’s imagination fills in. Same goes for Texas Chainsaw Massacre. Less is more.