The secret to crying? Watch 'A Walk to Remember.' 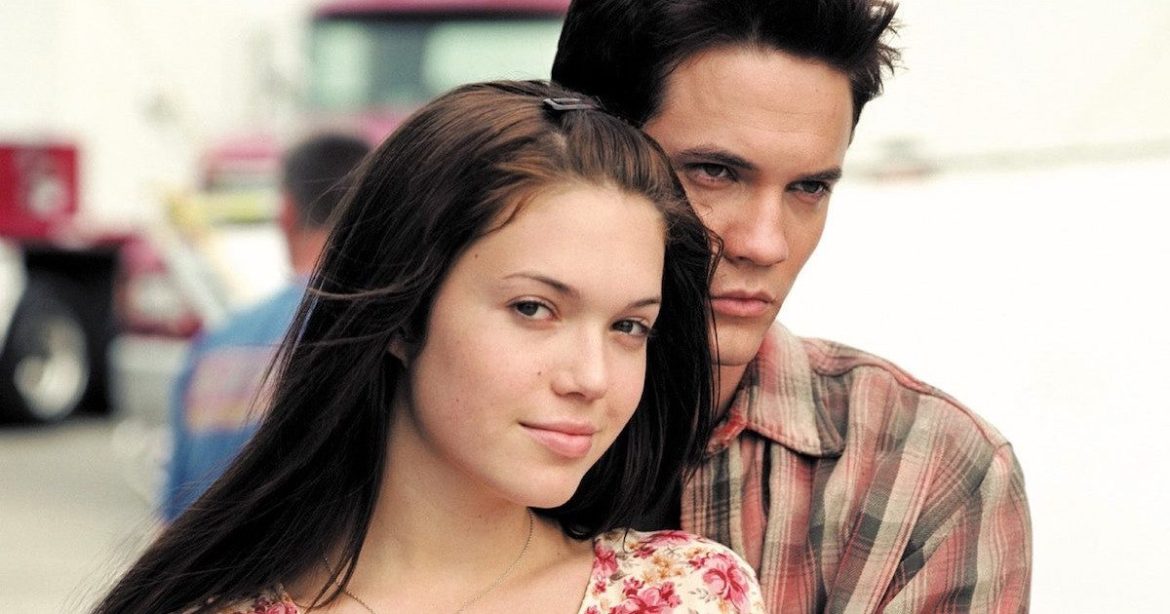 I am the youngest of three older sisters, so you can imagine the emotions that ran rampant in our household. I vividly remember watching A Walk to Remember with my sisters several times throughout my 2000s childhood. We even owned the soundtrack on iTunes (which was a banger, by the way).

My sisters always said how emotional the film was and how it made them want to cry. Being probably nine or ten, I didn’t understand how a movie could make you cry because I rarely ventured to watch anything other than Thomas and the Magic Railroad. Until I realized how manipulative Nicholas Sparks adaptations are.

These films are made to make you cry, whether you want to or not. There are some well-earned sobs and there are some cheap weeps (I will be copyrighting that phrase). A Walk to Remember has its share of both.

One of the moments of well-earned tears is more of a gradual development rather than a single scene. When the town finds out about Jamie’s (Mandy Moore) terminal diagnosis, they rally around her. The group of bullies that had previously tormented Jamie — of which Landon (Shane West) was a member — apologize for their actions and do their best to atone for the things they did. Instead of scorning them, Landon accepts their help in his life, as does Jamie. They become friends rather than remain enemies.

While it felt a little stilted, I loved the idea that people can change. If it had been any other movie, the main characters would have been bullies throughout the film. That’s not how A Walk to Remember chose to treat its antagonists. Instead, they learn to change and become better people and eventually gain friendship with the protagonists. It was inspirational to see what kindness could do.

This change is a reflection of the change we crave in the most wretched people.  It may not happen in real life as much as we would like, but it brings us a certain warmth when we find it in fiction. Like when Ebenezer Scrooge accepts Christmas in his heart, we cheer. When Landon stands up for Jamie, we are taken by an overwhelming sense of goodness. This is how the world should work.

The whole premise of A Walk to Remember is that Jamie has leukemia and only has a year or so left to live. Like any Nicholas Sparks’ story, it’ll make you cry at the futility of the situation. The way we get to know Jamie and grieve at her impending loss is a well-earned weep. It’s unfair that someone so kind and so pure should be taken from the world so early.

Yet, the story itself is overdone. How many times have you watched a movie where the main character is set to die and still cried when they died? Probably a lot. It’s a surefire way to get your audience shedding some tears. Even if it works well, it’s pretty manipulative.

Did I cry when Jamie eventually died? Yes. Am I proud of it? No, I should have known that was coming and braced myself. Am I going to watch A Walk to Remember again and cry again? Yes, and what of it?

We never really figure out why Landon hates his father. All we know is that he isn’t in his life and he left Landon and his mom, which is reason enough. After Jamie has been taken to the hospital, Landon rushes to his father’s house to yell at him. Landon begs his absent father to cure Jamie of her illness, even though his father is a cardiologist with no knowledge of Jamie’s case, which honestly was super funny even though the moment was meant to be emotional.

However, Landon returns to the hospital to find that Jamie is going back home. Landon’s father paid for her to have in-home care for her illness. Landon returns to his father’s house to tearfully thank him and perhaps internally forgive him for the way he left their family. It had me crying like a baby, which was surprising. I didn’t necessarily care for the character of Landon’s father nor did I care about the angsty subplot between the two. Yet, there I was, crying over their reunion.

I would venture to call this cry manipulative. I didn’t want to feel anything for these two characters, but the tragic plot, the stellar acting by Shane West, and the melancholy score all blended to make me cry. A Walk to Remember has no mercy. It’ll make you cry one way or another.

The finale of the movie, after Jamie has passed, sees Landon return to Beaufort to speak with Jamie’s father. He gifts the older man something Jamie originally gifted him — a book of quotes from Jamie’s mother. The father breaks down into tears and accepts the sentimental gift.

This is my least favorite part of the movie. Jamie gave that book to Landon. That was something between Landon and Jamie. The fact that Landon regifts the book not long after he death feels hollow. Did it not mean that much to him? Was he just waiting for Jamie to die so he could give it back to her father? It’s kind of suspicious.

Rather than cry, this scene makes me almost laugh at how weird it is. He really was just looking for a way to get rid of that book. There were so many other things he could have gifted Jamie’s father. What about the telescope that he built for Jamie? Was there no other memento he could have given?

Thank you for reading! What are your thoughts on A Walk to Remember? Comment down below!