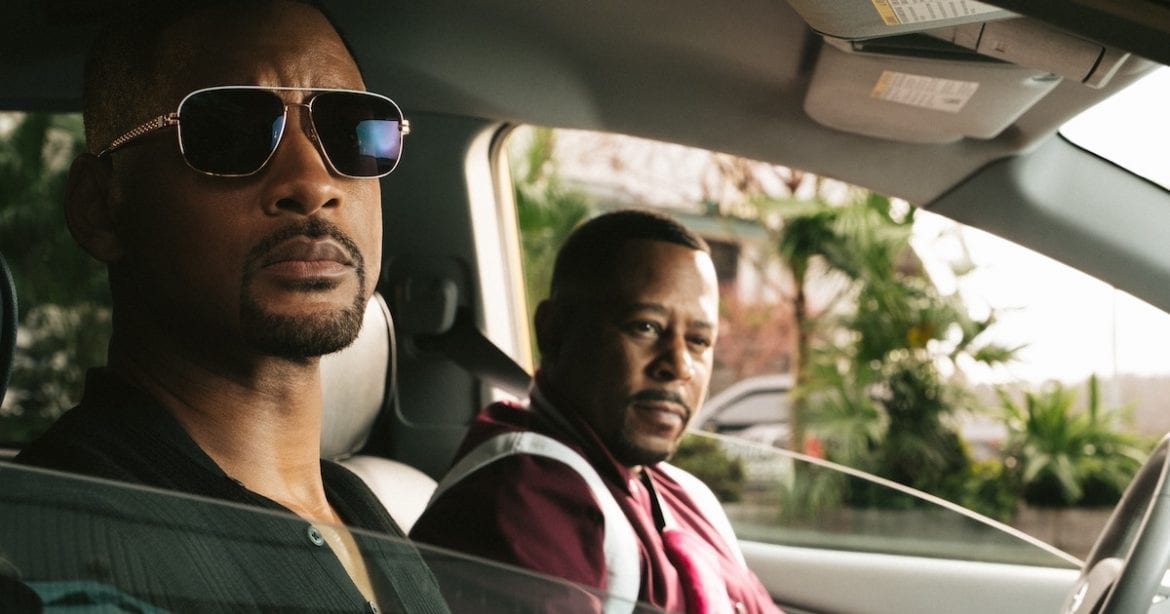 Bad Boys 2 may be the best bad movie ever made. Not in the same sense as ironic classics The Room and Plan 9 from Outer Space, which offer nothing but laughs at pure incompetence and were both doomed from the start, but on the grandest scale that Hollywood can offer:  a massive budget, huge stars, an incomprehensible plot, nonexistent morals, and a TON of action. Oh, and cocaine. Lots and lots of cocaine.

Bad Boys 2 is Michael Bay at an interesting point in his career. He still had riveting coherence in his action sequences at a time right before Hollywood plunged headfirst into the world of computer graphics. Watch 6 Underground on Netflix for a prime example of what CGI and, by extension, limitless possibilities, has done to a Bay action sequence in the years since. Everything is flying everywhere at all times, the editing is unbearably rapid, and all scientists in the world faint at the exact same time from the crimes committed against the laws of physics. The limits of 2003 technology forced Bay to focus on practical effects at all times.

It also helps that Bay had two leads, Will Smith and Martin Lawrence, near their heights, turning Bay’s obnoxious dialogue into, well, still obnoxious, but tolerable and funny because they were the ones saying it. Bad Boys 2 has all the hallmarks of a bad Michael Bay movie, but they’re filtered through the undeniable charm of Smith and Lawrence. Their ability to form Bad Boys 2 into a beautifully chaotic mess is what built nostalgia for this franchise. Together, Bad Boys (1995) and Bad Boys 2 form an unholy duology full of crass humor, racist stereotypes, deafening action, and more 360 camera shots than you can handle. A combination of bad ideas that shouldn’t have worked, yet still somehow did. In theory, walking away after two movies would have made sense, as an even worse idea would be returning to this franchise many years later.

So you can imagine how surprised I was to see that Bad Boys for Life functioned like an actual movie with a beginning, middle, and end as well as character arcs and proper payoffs. Bad Boys for Life has no business being this coherent and entertaining, especially with the lack of coherence in the previous iterations. Just look at the things going against it:

Yet, possibly by divine providence, everything worked out in the end. Bad Boys for Life is never the sad, way-to-late sequel that many may have expected. Quite the opposite: it’s the most competently made Bad Boys movie yet.

We find Detective Mike Lowrey (Smith) and Marcus Burnett (Lawrence) kind of where you’d expect these characters to be after so many years. Mike is still wearing flashy clothes, driving flashy cars, and holding onto his youth; whereas Marcus is looking to settle down, retire, and relax. You know, kind of like Will Smith and Martin Lawrence in real life.

Smartly, Bad Boys for Life is all about aging. It’s a fairly common conceit for such a sequel, but Bad Boys for Life works so well because of the obnoxiousness of the previous two movies. Marcus implores Mike to finally forget his former self. He’s never slow to mentioned that they shouldn’t act like they used to, and rightfully so. The plot centers around more of the same, with a highly-skilled assassin Armando Armas (Jacob Scipio) coming after them and those they’ve been in contact with for past wrongs. As Marcus says, “it’s time to be good men.”

The script acts as a knowing apology for all the Michael Bay-isms of the last two movies, essentially asserting that the Bad Boys need to grow up if they ever want to survive in today’s climate. All the obnoxious pieces are there, but they’re dialed back just a tad, and also put to better use. It’s not always consistent, but it’s far more commentary than anyone would have imagined out of a third Bad Boys movie. There’s also far more potential spoilers built into the plot this time around, which is also semi-shocking considering the scripts for Bad Boys 1 and 2 amounted to “Things go BOOM. Also jokes.” 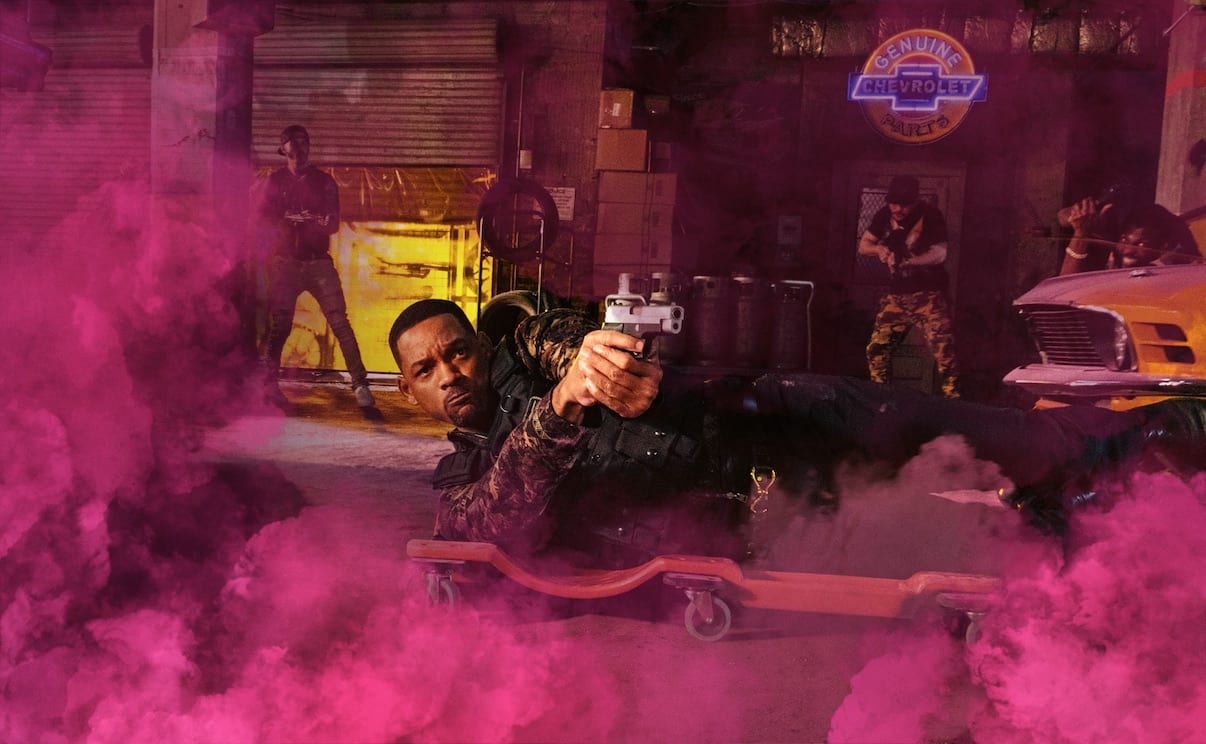 As expected, Will Smith and Martin Lawrence are still funny as ever, sparring with each other in a barrage of jokes that are smartly written and kinetic. One of the reasons why I have a fondness for this franchise is that it’s one of the few instances in which Will Smith was cut loose. Where the full extent of his one-of-a-kind personality was on display. Given all the subpar blockbusters that Smith has starred in for the better part of the last decade, Bad Boys for Life is a breath of fresh air. Will Smith can finally be Will Smith, which is what he does best as an entertainer. And as for Martin Lawrence, it’s like he never left, supplying all the necessary zingers as the now older family man of the pair. Needless to say, the chemistry is still off the charts for these two.

The driving forces of the franchise thus far — guns, cars, women, and jokes — are still realized nicely, this time by directors Adil El Arbi and Bilall Fallah (known as Adil and Bilall as a directing duo), who derive a happy medium of Michael Bay’s music video aesthetic and their own approach.

Adil and Bilall understand that, for better or worse, the Bad Boys franchise is largely a product of Bay’ gaudy, sun-drenched shooting style, and they make sure to capture a lot of his hallmarks. When it’s time for the action to pick up, you’re guaranteed to see some slow motion. When actors are trying to look cool for the camera, you can be damn sure that a 360-shot around will swing around them. Though they also add a tinge of self-seriousness, injecting a few moments of heart visually as well as verbally into what was previously a fairly soulless franchise. It’s 75% Bay, 25% something far more measured. Admittedly, the slight recalculation does bring about some awkward tonal shifts, as the movie quickly moves from jokey to serious in a matter of seconds, but as I alluded to previously, there’s a lot more thought here than anyone would have expected.

Personally, it all comes back to a surprisingly thoughtful script, which helps Bad Boys for Life overcome a lot of the unnecessary tropes that come with such sequels, even if it indulges in many of them. Even the group known as A.M.M.O. (Advanced Miami Metro Operations), which is the injection of young talent that we see in most sequels that the studio hopes will possibly extend the franchise into more sequels, works very well. Not only are A.M.M.O.’s members fun (Vanessa Hudgens, Charles Melton, Alexander Ludwig, and Paola Nuñez), but they are seamlessly integrated into the film’s core ideas — it’s all correctly collaborated.

I’m just as shocked as you are that Bad Boys for Life works at all, but by the end of year, we may look back on it as one of the more pleasant surprises. Will it end up on any top 10 lists? Absolutely not — that was never going to be the outcome for this kind of film. But the fact that it doesn’t join the likes of Dumb and Dumber To and other too-late, sad sequels to beloved movies is a tiny miracle.

Thank you for reading! What are your thoughts on Bad Boys for Life? Comment down below!

Paramount Releases the First Trailer for Transformers: The...

‘Wonder Park’ Fails to Bring Much Wonder to...