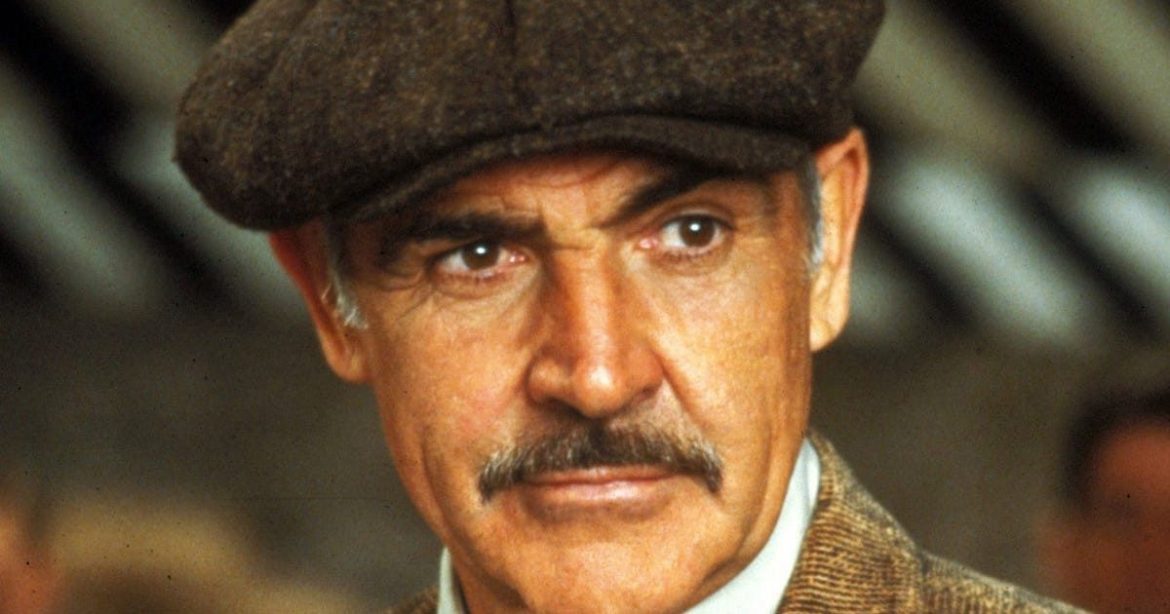 I recently finished a deep dive on Sean Connery. Over the course of eighteen months, I sat down and watched EVERY Sean Connery film. I wrote about what I learned and decided to cap it off with a top ten list. So, without further ado, here is a ranking of Connery’s best.

While these movies didn’t crack the top ten, I wanted to take the time to point them out. In no particular order, these movies are listed for either their uniqueness or peculiarities.

This movie seems like a great sendoff to the actor himself. Filmed almost at the end of his career, though twenty years before he passed away, this movie puts Connery in another grandfatherly role. Comparisons to Good Will Hunting are easy, but Finding Forrester is so much more than that. It’s part buddy movie, part JD Salinger biopic that ends up being really well-crafted and sentimental.

Filmed at the near beginning of his career, Sean Connery has a fairly minor role in the film. This low-budget story about a boy trapped in a bank vault and running low on oxygen is surprisingly tense. It’s a very harrowing race against time set against the idyllic world of TV families and towns in the 1950s. It’s a hidden gem that is a lot of fun to watch at a quick 73-minute runtime.

This is where Sean Connery delivers his finest performance. The movie follows Connery as a grizzled detective who descends into madness during an interrogation. It is a very intense and unforgiven exploration of what makes a bad guy. It rests entirely upon Connery’s shoulders as an actor and he pulls it off without a hitch.

You can’t talk about Sean Connery without mentioning the first two Bond films. Each one cemented not just the actor but the blockbuster genre in its cheeky humor and suave design. None of it could have been done without Connery, who brought impeccable balance to the snarky and sexy world of James Bond.

A strong case can be made both for the fact that this is Michael Bay’s best film and that this is Sean Connery’s final outing as James Bond. When I was a kid this was even in my top five favorite movies for a few months.

The Rock is a fantastic blend of Bayhem with a surprising amount of humanity brought to the table. That humanity comes in the form of Ed Harris and Sean Connery. Playing a secret agent swept aside by his own unforgiving country, Connery brings roundedness to a familiar archetype. It’s not the finest writing in the world, but the character is grounded enough that the emotional beats of this movie all land really well amid the explosions, military fetishism, and Cage-iness.

One of the roles that supposedly put him in front of James Bond producer Cubby Broccoli, this movie also features what would become Sean Connery’s IMDb profile pic. This minor role sees Sean Connery as a newsman killed during WWII coverage and follows his lover as she accidentally befriends his wife and child. It’s a twisted love triangle that induces lots of cringe as you explore the selfish motivations of its principal cast. Packed with dramatic reveals and suddenly shifting dynamics, this is a very exciting drama to watch unfold.

Not only does this movie features Sean Connery wearing whatever the hell you want to call the above outfit, but it features ideas and themes far ahead of its time. This feels slightly out of pace with (then) contemporary science fiction films. It’s at times reminiscent of George Lucas’ THX 1138 as it explores chaos inside a “perfect” system. The film follows Sean Connery as a mortal warrior who finds his way into a land of immortal pacifists who live in a controlled and contained society. It takes a very abstract approach to its exploration of utopia and the threats to freedom and happiness that immortality might propose.

One of Alfred Hitchcock’s most controversial films, this sexually-charged thriller follows a thief caught by her employer. Sean Connery plays the titular Marnie’s employer and uses the dirt on her to force his way into her life. The movie largely follows the relationship between Marnie and men as well as the trauma between Marnie and her mother. It features a satisfying mystery that is unraveled in one of the most shocking climaxes represented on this list.

Given his views on labor and the blue-collar side of economics in his homeland, it’s no surprise that Connery made a point of embodying that on screen. Connery plays Kehoe, the leader of the rebel Molly Maguires. He’s complimented and opposed by Richard Harris’ Detective James McParlan. McParlan is sent by the Pinkertons to infiltrate the Molly Maguires and undermine Connery’s operation against the oppressive mine owners. What follows is a gripping story of infiltration, admiration, and betrayal as each man sticks to his guns and makes their eternal mark upon the other.

Hot off of the success of Die Hard, John McTiernan’s first installment in the Jack Ryan franchise is one of the 90s action genre’s best. While far from the Harrison Ford vehicle that the sequels would become (to great effect I might add), The Hunt for Red October delivers a tense and satisfying cold-war political drama. Connery plays the Russian defector Captain Marko Ramius as he attempts to contact and flee to the US aboard his superior Soviet submarine. Connery delivers a fine performance, providing great humanity to a character and film that could easily have become run-of-the-mill action fodder in lesser hands.

No other movie tops 007 best-of lists quite as often as Goldfinger. While many elements make this movie such a thrill to watch, Connery feels chief among them. It is here that the actor feels fully at home in the role but not yet bored of it. Featuring much smaller stakes than the rest of the Connery era, this film grounds the agent in a way that few Bond films have managed to do since. Connery plays a tongue-in-cheek Bond who for once is in over his head and out of options against a villain who is always a step ahead.

Regarded by both Sean Connery and Michael Caine as their best film, this feature saw not just the dawn of a lifelong friendship between the two but their chance to work with legendary director John Huston. An adaptation of a Rudyard Kipling novella, this follows the conquest of a middle eastern kingdom by two down on their luck adventurers. It explores the disconnect between colonizer and colonized, exposing the vanity of all rulers and challenging both its leads with the trappings of excess. It’s funny, it has amazing scenery and cinematography, and it packs enough action to keep the energy level up from start to finish.

The movie that would land Sean Connery an Academy Award, The Untouchables is the wild card in most people’s opinion of Brian De Palma. Most opinions on this seem to swing hard to the top of his filmography or hard to the bottom. I’m inclined to place it at the top. This stylish telling of one of 20th century America’s greatest rivalries is a visual feast. It’s packed with sleek and harrowing action, as well as daunting visuals and drastic outcomes for many of its protagonists. De Palma, Connery, and De Niro make a meal out of everything on their plates.

If you know me, you know there was no other movie that had a chance at #1. This movie has been a favorite since the first time I saw it and currently sits at my Letterboxd most watched. Sean Connery plays the first character to truly match Harrison Ford’s Indiana Jones, his father. Through Connery, the franchise takes a more intimate and sentimental turn that delivers a truly dynamic and fractured relationship between father and son. Connery’s delivery of “Indiana. Indiana” at the film’s climax hits every single viewing.

Thanks for reading! What are your thoughts on Sean Connery? Comment down below!

I know its a cheesefest, but League of Extraordinary Gentlemen doesn’t even get an honorable mention!?

Good list overall although I was hoping Murder on the Orient Express and/or Darby O’Gill would make your top 10.

Sir Billi is too good for any list lol. Both were close, definitely in the top 20

Movie is bonkers and nothing else is like it!

When the Lady Vanished: Looking Back at Hitchcock’s...