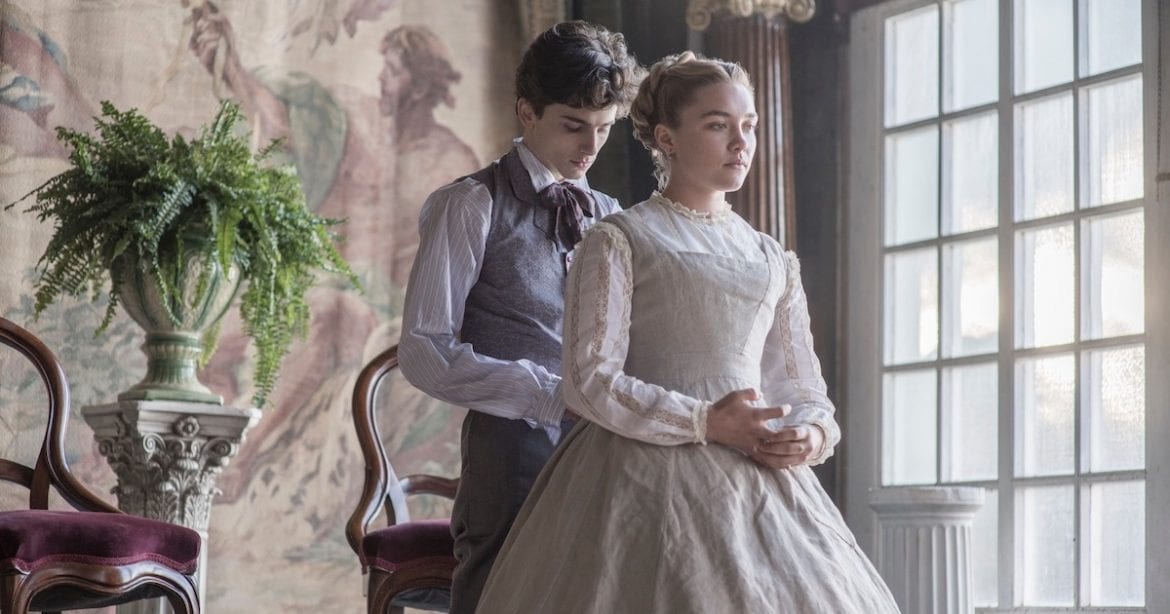 When I was about ten or eleven, someone gave me a child’s abridged version of Louisa May Alcott’s classic novel, Little Women. The story of the March sisters growing up in Civil War-era Massachusetts left a mark on me that has lasted for decades. A few years later the 1994 Gillian Armstrong adaptation was released into theaters and I knew that I would have a lifelong love affair with this novel. The most recent adaptation, directed and written by Greta Gerwig was just released on Christmas Day. The question is, which adaptation is better?

Back in the day, Winona Ryder was Hollywood’s it girl. It was, therefore, not a stretch to cast her as one of the most beloved characters in all of fiction. As a whole, the actresses chosen to play the March sisters were well cast. As an audience member, I believed that these women were not performers paid to play a role, but members of a real family. In terms of the casting of two different actresses to play Amy, it’s a choice that is neither good or bad. Other adaptations have chosen to cast one actress and have her change as needed. It’s merely a choice by the creative team as to what is best for their film.

Like her predecessor, Ronan is one of Hollywood’s “it” girls. Exploding into the public’s consciousness in the 2007 film adaptation of Atonement, this young actress has proved herself to be a chameleon, disappearing into the roles that she plays. Her Jo March is spirited, independent, sometimes a little too quick to speak. She is most certainly the character that fans of Little Women have adored for a century and a half. The difference between this film and the 1994 film is the portrayal of Amy. Instead of two actresses, writer and director Greta Gerwig cast Florence Pugh, who plays Amy throughout the film.

The impression of Amy in the books and in previous adaptations is that she is a brat. But in this film, Pugh plays Amy, not as a brat, but as the youngest is always in the shadows of her elder sisters, Jo specifically. I still don’t have the same emotional connection with Amy as I do with Meg or Jo, but I appreciate that Gerwig took a chance and wrote Amy in a more sympathetic light.

1994: Directed by Gillian Armstrong and written by Robin Swicord

When a beloved novel is transferred from the page to the screen, it is understood that some elements (whether they be narrative and/or character) will either be changed or removed entirely from the final product. This adaptation is linear in terms of narrative and clings pretty close to its source material.

2019: Written and directed by Greta Gerwig

Gerwig, as both writer and director, took a unique approach when sitting down to write the screenplay. The narrative is nonlinear, moving back and forth from the present to the past. Though some viewers might have felt lost in this choice of narrative format, I was easily able to follow the story. It takes a bold and skilled writer to create a non-linear narrative that is both compelling and easy to follow.

Sarandon’s Marmee is the picture of maternal sainthood. For all intents and purposes, Marmee is a single mother, doing her best to raise four daughters who are growing up fast. Patient, loving and supportive, she is doing everything she can to ensure that her daughters grow up to become responsible, independent and mature women.

While Marmee is certainly the picture of maternal sainthood, she is also a flawed human being like the rest of us. One of my favorite lines in the book, which Gerwig smartly included in her adaptation, takes place during a conversation between Marmee and Jo. Jo is beating herself up for her temper and asks her mother how she is always so calm. Her mother’s reply is the following:

“I am angry nearly every day of my life, but I’ve learned not to show it.”

The winner is: the 2019 adaptation

Laurie is the boy next door and Jo’s best friend. For many young bookworms, he is our first book boyfriend. As Laurie, Bale is everything the character should be. He is young, energetic, sometimes moody and eager for the company of the March sisters. As a young girl, I remember watching this film and falling in love with the character. I also had a distinct feeling (as many fans do) that despite our deepest wishes, Laurie and Jo are better off as friends.

One of the things that this film has going for it is the real-life friendship between Chalamet and Ronan. Buddies since Lady Bird (2017), their natural chemistry and easy relationship makes for a more than believable on-screen relationship between Jo and Laurie. It’s almost as if this on-screen incarnation pushes the Jo and Laurie relationship further, but as it should, it ends up in its natural place.

The winner is the 1994 adaptation.

Overall, both films are well done and I think please most fans of Alcott and Little Women. However, there can only be one winner, and that is the 1994 adaptation.

Thank you for reading! What are your thoughts on Little Women? Comment down below!

[…] this ever so momentous anniversary, I sat down to compare the remake to it’s beloved predecessor, point by point. In a piece like this, naturally, […]

Well done! I’d actually been hoping someone would do this.

^ That was me. Not sure why it posted as anonymous. As I was saying, I’d been hoping someone on the staff would do a comparison. Thank you!

[…] acclaimed films I haven’t seen yet: Parasite, The Nightingale, Uncut Gems, Marriage Story and Little Women. I know. There’s something deeply wrong with […]

I was gravely disappointed in the movie little women 2019. I remember the hype when it hit theater’s. Now on regular TV I seen it and was surprised how awful the writing and production of this classic and twice before done movie has been directed. The actors although did well I believe on what acting cues they themselves were expected to execute; they didn’t do well with the period of this movie. Their movements, reactions and body language is all of that of the 20th and 21st century. I didn’t like how detached from one another they were based off the last recent movie of little women 1994. 2019 shows little affection between the sisters and little gumption from marmie…Susan Sarandon did better then Laura Dern I feel. Also 1994 version u see Amy grow mature and go from a young girl to a young lady. 2019 keeps her never evolving or aging and doesn’t fit the piece. Her reactions and body language was awful. Timotee chamalet who played Laurie caught me off guard with such messy hair at one point. In those days they were very poised and collected with their appearances so for him to stroll around like a vagabond is odd. Anyway my opinion obviously 1994 played each scene off the book version excellenty, tastefully and classy. 2019 sorry but it bombed. Still ok to watch if nothing else on TV.

‘Dune’: The Unadaptable Comes to Fruition With Villeneuve’s...