‘Never Rarely Sometimes Always’ is Timely, Necessary, Urgent, and a Must-See in the Current Rental Climate 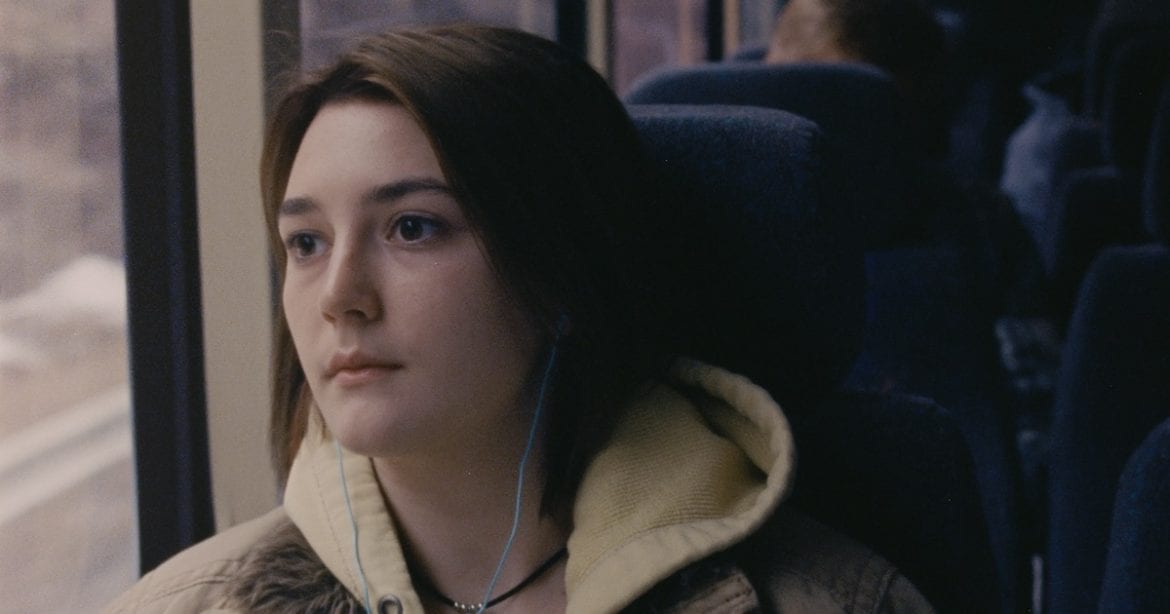 It’s safe to say I wasn’t lamenting Bloodshot‘s uninspired opening weekend at the box office in mid-March amid virus concerns. (You know what’s worse than getting the Coronavirus? Getting the Coronavirus AND having to listen to Vin Diesel mumble for two hours to contract it.) The same can be said for I Still Believe and The Hunt in what became the last weekend theaters were open before quarantine measures were put in place. As for Never Rarely Sometimes Always, which opened in four theaters that same weekend, I was pretty bummed.

Being distributed by Focus Features meant Never Rarely Sometimes Always was primed for a sizable expansion in the weeks come sans quarantine and stay-in-place orders. And it deserved one too. The film was a highlight of my Sundance experience earlier this year as one of over twenty movies I saw. (Yes, I’m still tired.) Hopefully, it’s a highlight for many more at home now that it’s available to rent along with all the other movies from that fateful March 13th-15th weekend.

For the most part, Never Rarely Sometimes Always is a day in the life of 17-year-old Autumn (Sidney Flanigan in her ever acting role) and her cousin Skylar (Talia Ryder). Or, more accurately, three days as the duo travels from Pennsylvania to New York City seeking medical help for Autumn’s unintended pregnancy.

Autumn’s home life in rural Pennsylvania is fairly rough: her stepfather is the literal definition of a deadbeat, drinking beer idly on the couch in front of the TV until he passes out, whereas her mother is constantly running around, working, and taking care of Autumn’s siblings. Her job as a cashier at a local grocery store isn’t much better. Actually, it’s probably worse as she’s vulnerable to her creepy boss.

Feeling slightly ill, Autumn heads to a local clinical where she takes a pregnancy test and learns the news. She desires to terminate without her parents’ knowledge, which leads Skylar and her to NYC, the closest area where such laws are in place for someone her age. Along the way, they run into local fuccboi Jasper (Théodore Pellerin) and other men who stand for the oppressive climate in which the girls find themselves.

Never Rarely Sometimes Always lifts a lot from European cinema. Cleo from 5 to 7 and the work of the Dardenne brothers have been popular comparisons, and it’s easy to see why: director Eliza Hittman approaches this story with a strong sense of naturalism. Characters speak colloquially and realistically while the camerawork is handheld and fairly quiet overall. There are very few thrills here. No Sorkin-esque monologues, no overly didactic messaging, just a very focused, personal story. The grain from the 16mm film adds another lived-in piece to the film as well. It’s cinematically uncinematic.

Sidney Flanigan beautifully commands the screen without ever calling attention to herself. Her debut is reminiscent of Honor Swinton Byrne’s work in The Souvenir last year. The kind of gripping performance that makes you say, “who is THAT?” when most of their acting hardly appears as acting at all. And when it comes to the titular scene in which a nurse asks Autumn a list of questions and repeats those same four words, again and again, Flanigan will absolutely wreck you. Finding her was fantastic casting work by Eliza Hittman along with Geraldine Barón and Salome Oggenfuss from the casting department. Flanigan being an unknown also suits the concept of Autumn standing for any teenage girl, and is perfectly suited for Never Rarely Sometimes Always‘ brand of authenticity.

Her counterpart, Talia Ryder, who may become a household name later this year after starring as Jet in Steven Spielberg’s West Side Story, is tremendous as well. Her character Skylar is the only person Autumn can confide in. The only source of maturity in Autumn’s life, in all honesty. The comradery she shows is lovely…and the best defense against the men in the film.

Not a single male figure in Never Rarely Sometimes Always is seen in a positive light. At their best, the men are mere kiosk attendants, unable to help Autumn and Skylar in their journey. At their worst, they’re abhorrent excuses for humanity. They’re also the sources of the film’s contrivances. Male figures come in waves, either slow-gaming them into coercive sexual favors or attempting to bypass all the disgusting foreplay altogether. Though effective at times, especially when Autumn deposits money from her cash register through a small window and is forcibly kissed on the arm by her boss, it borders on self-parody.

Being the male critic that I am, I find it difficult to address this subject — I’m sure I’m not alone. The last thing anyone wants is to be viewed as the person who stuck up for all the repulsive men in a film that is, far more often than not, an emotionally honest depiction of a system that is set up for women to fail. Hopefully, that sentiment doesn’t come across here. But the depiction of men in Never Rarely Sometimes Always is the one piece that lacks nuance, which is frustrating. By all means, portray the disgusting men as the dicks they are, but make them layered dicks.

Théodore Pellerin as Jasper offers a terrifically authentic performance as a twenty-something who is beyond thirsty and never comes close to taking a hint, though the story mechanics surrounding him are fairly forced with the script using him as a chess piece to move around as it pleases. The most heavy-handed example of oppression comes in an interaction between Jasper, Skylar, and Autumn near the end of the film.

To Eliza Hittman’s credit, the rest of the film is told elegantly and gracefully. The red tape surrounding Autumn and Skylar’s mission speaks volumes. Much more than morally lecturing the audience ever could. This subject is one that can go horribly wrong in so many different ways. (*Stares angrily off into the distance thinking about Unplanned as it takes its place next to Reefer Madness as a diabolical and wholly manipulative scare film.*)  Thankfully, her vision is so strong. Set to a delicate score, Autumn and Skylar are normally lost in the crowd. One hears cars honking, chatter from surrounding New Yorkers, and other general city noise. The girls are stuck in the middle, lacking a strong plan to cut through it all.

Thank you for reading! What are your thoughts on Never Rarely Sometimes Always? Comment down below!

[…] those plans. She sets out to get an abortion. The rub, of course, is that because she’s 17, she cannot get an abortion in her home state of Missouri without her parents finding out. She wants to do this as quickly and quietly as […]

[…] only in theaters for a few days and available later on premium VOD. My apologies to First Cow and Never Rarely Sometimes Always. Also, movies that release only in theaters will not be included. (Sorry, Nolan […]

[…] the only moments where Tommaso (and Ferrara) admits some form of guilt. Tommaso‘s dialogue is very natural and clearly improvised, so these monologues feel off-the-cuff and quite honest, filled with the […]