‘Tommaso’ Loses Willem Dafoe in a Swell of Self-Indulgence 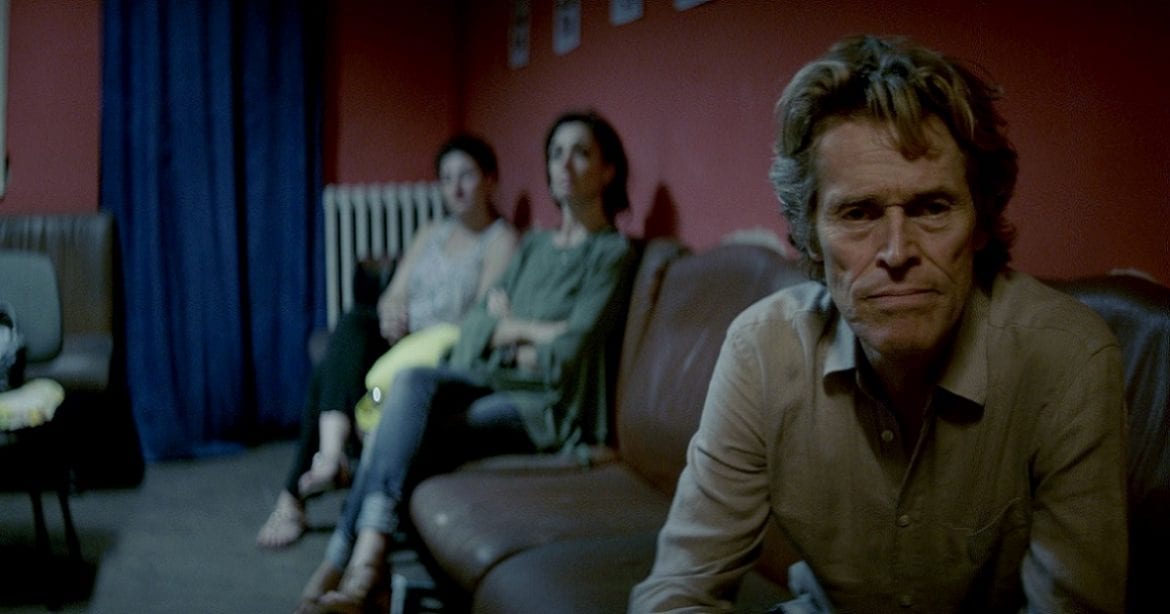 I like to live by a few principles, one of them being Willem Dafoe makes every movie better. It doesn’t matter if he has a hilarious man-bun and speaks a few lines of exposition in Aquaman, he always adds a little something extra to the role. It’s no secret then why director Abel Ferrara has worked with Dafoe on so many different occasions throughout his career; when it was time for Ferrara to find an actor to play a fictionalized version of himself for Tommaso, casting Dafoe was an easy choice.

Dafoe’s ability to move back and forth between blockbuster and independent films is simply remarkable. By the time his career is over, he’ll be one of the most successful and varied actors of his generation. He’s probably earned that distinction already. So, as you might expect, Dafoe is not the problem with Tommaso. Quite the opposite, actually; his work is one of the few highlights in a film full of self-importance.

Tommaso (Dafoe) is an American filmmaker looking to put his life back together in Italy while writing his next film. (Many have noted the storyboard elements shown in Tommaso look eerily similar to Siberia, another Ferrara-Dafoe collaboration.) He lives with his much younger wife and daughter; heads to AA meetings regularly; and tries anything else to clear his mind of the sins of his past, mostly mediation and yoga. (Watching Dafoe complete a headstand is a personal highlight.)

Over the last few years, Abel Ferrara has candidly discussed his long-term struggles with addictions of all kinds, which makes the attempted healing by Willem Dafoe’s character in Tommaso a clear and thoughtful-in-theory exercise in filmmaking therapy, as so many great filmmakers have done through the years. What’s even more interesting (and also a little scuzzy) is Dafoe acts alongside Ferrara’s actual wife and daughter, Cristina Chiriac and Anna Ferrara.

Knowing myself and my continuing fascination with art and life blending together, such an experiment piques my interest. The surreal mish-mash of emotions and relationships is too much for me to stay away. But all that intrigue turned to slight dry-heaving when Dafoe and Chiriac engaged in a sex scene. My mind spiraled out of control thinking of Ferrara’s possible Peeping Tom compulsions. I let out what was probably the loudest sigh of relief I’ve had watching a sex scene when Deedee (Anna Ferrara) mercifully put the scene to an end by crying in her crib. Real heroes don’t wear capes.

We quickly learn Tommaso is mostly unlikeable, even if he is attempting to better himself. He chastises Nikki (Chiriac) for the smallest of mistakes, like forgetting to charge her phone or eating a meal without him while he is in the other room. The argument could be made these scoldings are a reflection of Tommaso’s inner struggles and lack of confidence, but there is never a moment where he later apologizes or admits fault. He only descends further into his self-pity.

Compounded by Chiriac being Ferrara’s real-life wife, Tommaso’s consistent bad treatment of her falls closer to oddly voyeuristic than refreshingly honest. As if Ferrara could only find the courage to yell at his wife in a movie rather than go to marriage counseling.

Joking aside, Ferrara’s intentions were probably earnest, but I left Tommaso more concerned for Chiriac’s well-being than Ferrara’s. Tommaso reads more like a convulsion of Ferrara’s negative thoughts than a well-constructed movie. It’s so personal to him that it will probably lose all meaning to most viewers.

Luckily, Willem Dafoe is a god, so any time Ferrara lets him loose is worthwhile viewing. Dafoe has a few lengthy monologues in AA meetings where he talks about his past struggles and what he’s doing to try to forge a better path forward. These are some of the only moments where Tommaso (and Ferrara) admits some form of guilt. Tommaso‘s dialogue is very natural and clearly improvised, so these monologues feel off-the-cuff and quite honest, filled with the slight awkwardness an embarrassed person would have when talking in such a format.

Dafoe is the most comfortable with this naturalism, which makes many of his interactions with less-skilled actors a different kind of slightly awkward. The kind that is hard to watch.

In a funny tidbit early on, Ferrara captures life on a city street as Tommaso walks around, showing unsuspecting Italians going about their business. Hilariously, an elderly woman stares directly into the camera after trying with all her might to act natural. The split-second blunder is a great encapsulation of many of the actors’ struggles in Tommaso: it’s really hard to appear natural in a movie, even more so when acting across from such talent as Dafoe.

Comparisons to Pain and Glory

The connections to Pedro Almodóvar’s Pain and Glory were clear from the beginning, with both movies acting as works of autofiction about a filmmaker’s life-long struggles told through the eyes of an actor who is a frequent collaborator. Maybe it’s because the La Addición monologue still reduces me to a puddle. (It’s still my favorite scene of 2019.) Regardless, comparing Tommaso to Pain and Glory is a great way to see where Tommaso goes wrong.

Both films are filled with regret for the lives these filmmakers lived, but Pedro Almodóvar succeeds in taking stock in his life, admitting fault, and explaining how he has become a better person through filmmaking. As for Tommaso, the events of the film take place before a point of reconciliation. A perfectly acceptable structure. More than anything else, Tommaso shows how much hatred Abel Ferrara still has for himself. Also perfectly acceptable. But most of the musings are either so one-note, self-indulgent, dull, or ridiculous (especially the ending) that Tommaso struggles to ever put together a strong point of view. Instead of feeling cathartic, it’s almost as if Tommaso wants us to join in on the titular character’s wallowing.

At least watching Willem Dafoe meditate and perform yoga has some entertainment value.

Thank you for reading! What are your thoughts on Tommaso? Comment down below!

[…] about micro-budget, social realist, mumblecore adjacent independent films with an emphasis on naturalism and a kind empathy for deeply flawed and troubled characters that feels so invigorating. Canadian […]