Why ‘Mrs. Serial Killer’ is This Year’s Worst Movie (So Far) 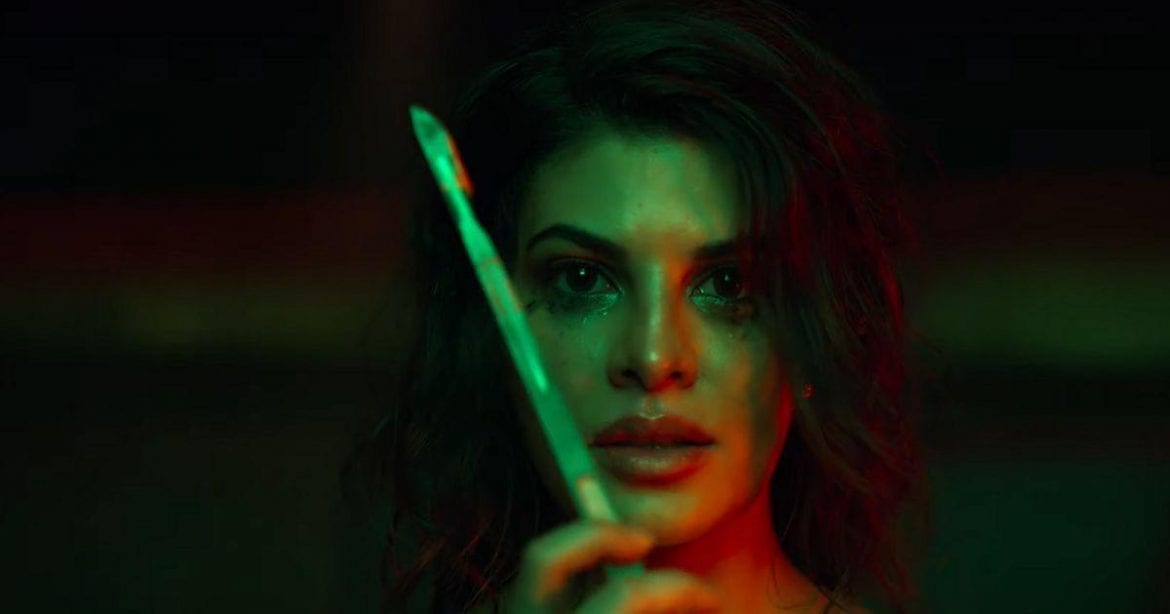 Three days. It took me three days to finish watching Mrs. Serial Killer. What torture! And it will be even bigger torture not to write anything mean about Mrs. Serial Killer. Frankly, I don’t think I will succeed. Even now, I ask myself if the director didn’t mean this movie as a joke. A really bad joke at that.

Things go wrong from the very beginning of the film. We see a certain Mrs. Sona Mukherjee having a video call with her husband, announcing her pregnancy in the oddest way possible. (I’ll spare you the details.) But you have no time to ponder about this because Sona is interrupted by a visit of an ominous-looking police officer. It turns out that a serial killer is on the loose whose victims are mainly young and pregnant unmarried women. Soon, that same officer finds the crime scene with the bodies of the six women. All have been aborted as well and the fetuses are nicely stored in bottles. The gruesome crime leads to a lot of outrage.

All evidence points to Mrs. Mukherjee’s husband, who cries out his innocence. He advises his wife to consult a lawyer called Mr. Rastogi. But the man doesn’t answer any phone calls. And when Sona arrives at his house, an angry guard turns her away. Then follows a bit of a cringy tantrum on Sona’s side and an intervention by the lawyer’s wife. But the man, unfortunately, doesn’t offer much hope. According to him, the only thing Sona can do is to copycat the killer, thus proving her husband’s innocence.

Huh?!? Come again? Yes, you read that right. The lawyer tells her to commit a crime to prove that somebody is framing her husband. Now, I don’t know what you would do in such a case. Me, I would look for a second opinion, frankly. But not Mrs. Mukherjee. No, Sona is convinced that this is indeed the best solution. And off she goes, looking for a victim. And unfortunately, she finds one.

What follows then is a whole series of way too many twists and turns — as if doing so was the only way to keep the movie interesting. The problem is that Mrs. Serial Killer reaches the opposite result. It’s actually hard to keep track of the wobbly plot, and that was the moment that I wondered whether this was a comedy or not. And it doesn’t take long before the story doesn’t make any sense anymore and you simply give up. Too bad because this could have been an interesting psychological thriller (faulty logic notwithstanding).

Then there are the atrocious dialogue scenes. What about this? “You haven’t seen the torture yet, now you will”. Prophetic words, indeed. And: “Don’t call me Joy, I am not a [expletive] ice-cream.” Honestly, even the Sharknado franchise had better lines. Even worse are some of the ludicrous or even absurd details. For example: when Mrs. Mukherjee has finally found a victim, she has to perform an abortion. But… she has no medical training. So, she turns to YouTube and watches a tutorial starring her husband… Yes, you read that right as well.

On top of all this, there is the acting. Let’s start with Manoj Bajpayee (Mr. Mukherjee) and Darshan Jariwala (Mr. Rastogi). Both men are established actors in India. It’s enormously embarrassing to hear them uttering such horrible dialogue. But the worst thing is the overacting. Bajpayee especially seems to be having way too much fun, making the movie almost unbearable to watch at times. And again, you cannot help but wonder: were the actors in on the joke?

But the worst of the worst is Jacqueline Fernandez. Granted, she is very beautiful and can cry on command. And… that’s it. The range of emotions she can express is very limited. In other words, she lacks the skills to breathe any kind of life in the main character of the movie. The only actor who is enjoyable to watch is Mohit Raina, who plays the police inspector. Luckily, we see him more and more towards the end of Mrs. Serial Killer. But he cannot save this shipwreck of a movie.

The man responsible for the writing, editing, and directing of Mrs. Serial Killer is Shirish Kunder. His directorial debut, Jaan E-Mann (2006) was a huge critical and commercial success, but he has struggled to find that same level of success since. Mrs. Serial Killer received a lot of negative criticism in its homeland, especially for its use of stereotypes. Kunder also composed the soundtrack. And I am afraid to say that is isn’t a success either…

In a nutshell: Mrs. Serial Killer is a waste of time and talent. Do yourself a favor and avoid it like the plague. And I sincerely hope — for myself — that I will never see Jacqueline Fernandez “act” again… Finally, if you want to see a good Indian movie, watch anything directed by Mira Nair.

Thank you for reading! What are your thoughts on Mrs. Serial Killer? Comment down below!

[…] Serial Killer: Sometimes my betters make snap statements, like when they say “Mrs. Serial Killer” was the worst film of 2020. For me, that’s not a warning. It’s a challenge. After all, who’s the expert […]

[…] Serial killer movies have been chasing The Silence of the Lambs’ tail since 1991, and much of it comes from Anthony Hopkins’ unbelievable turn as Hannibal Lecter. With the help of Ted Tally’s script which does a masterful job of building up the myth of Dr. Lecter when he’s offscreen, it’s the terror Dr. Lecter can exude without lifting a finger that makes him so frightening. […]

[…] said it before and I will continue to say it until I die — humans are morbid. It’s why we watch Saw movies and why we rubberneck at gruesome car accidents. Deep down, […]

Good read. We’ve all encountered a movie(s) that takes a couple of days to get through. Or movies that, even at 80 minutes, it feels like you’ll been watching it for 80 minutes — but you only watched 20 minutes.

Feel like I have to watch this just because lol

Uh oh. I had the same thought.