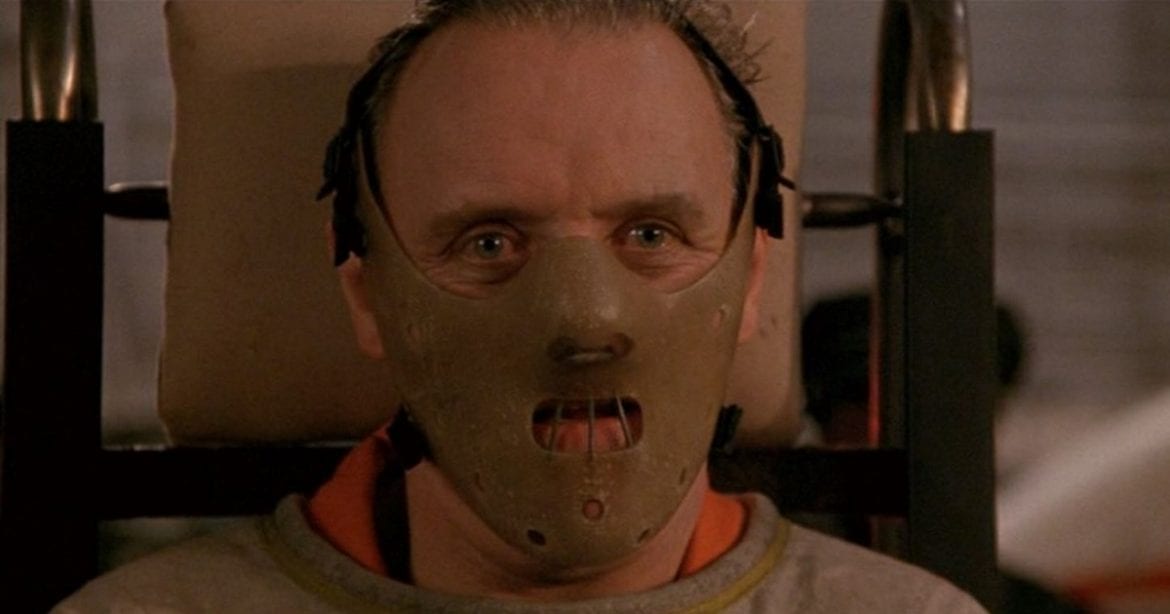 Among many other things, 2020 has turned the mental checklist of “phone, keys, wallet” to “phone, keys, wallet, and mask.” You can’t walk outside without coming across someone wearing a mask (hopefully), and when it comes to movies, any new one that has a prominent mask is immediately linked to the current moment in some way. Yet, as we know, the mask has been a vital piece of film for almost its entire existence, acting as shorthand for thievery, identity crises, heroism, and pure evil. Also, putting a mask on a character almost always looks neat!

Before we get to the list of the best movie masks, here is a very long list of honorable mentions in an attempt to please everyone (which I’m sure will go very well and no complaints about omissions will arise):

Any Star Wars mask or helmet

The nun masks from The Town

Any mask from the Mad Max franchise

The Mask from The Mask

The Phantom of the Opera mask

The skull masks from Den of Thieves

The hockey masks from Heat

V’s mask from V for Vendetta

Sauron’s helmet from The Lord of the Rings

The clown heist masks from The Dark Knight

Any mask from Halloween 3: Season of the Witch

The dummy mask from Drive

Alex’s mask from A Clockwork Orange

The pig mask from Saw

The blue-green mask from Fantômas

Every mask from Les Vampires

The pig-bear mask from The Shining

The dead samurai mask from Onibaba

The ritual masks from The Wicker Man

The blank mask from Eyes Without a Face

The bandages from Goodnight Mommy

Dennis’ bandana from The Spongebob Movie

The Facehugger from Alien (it becomes a mask once it’s killing you!!!)

The animal masks from You’re Next

ChromeSkull from the Laid to Rest franchise

The Rite masks from The Rite

The Babyface Killer’s mask in The Hills Run Red

#10: Any Mask in the Mission: Impossible Franchise

We’re six movies in, and I still fall for it whenever an IMF agent takes off their mask. Every. Damn. Time. It’s such a distinct motif in the franchise, that, even though it’s patently ridiculous and raises so many questions about just how good the face-reading technology is (What kind of technology allows for seamless face-wearing? Are there actual seams in the masks? Does the machine sometimes screw up? Does someone sometimes accidentally get a mole where they shouldn’t have one?) you roll with it, keeping your guard up until you get distracted by a high-octane action sequence, only to fall for the trick once more.

#9: The Ex-Presidents from Point Break

Point Break is one of the most important action movies of the 1990s, from the knockout Patrick Swayze performance to the downright hilarious line readings from Keanu Reeves. (I’M. AN. F. B. I. AGENT!!!) Sure, the film didn’t create the visual of crooks using outlandish masks during a heist, but the ex-president masks (along with a few great impersonations) took it to an entirely different level, paving the way for criminals in Heat, The Town, and other crime movies to get creative with their own set of face coverings.

#8: Ghostface from the Scream franchise

One of the few horror movie villains to have their image adopted universally, to the point where even if you haven’t seen the Scream movies, you certainly know what the killer looks like. Odds are you’ve come across a Ghostface Halloween mask in your lifetime.

The mask works perfectly for the ultra-meta franchise; it’s hyper-stylized with its elongated mouth almost to the point of self-parody, but Ghostface is used in a way that still provides enough scares. (Well, maybe not in the franchise’s later sequels.)

Responsible for the best unmasking scene in movie history (or at least the very best in horror movie history), Predator redefined the horror villain with its sleek and grisly design. (It also redefined the collectibles market.) The extraterrestrial hunter also added a new wrinkle to the horror monster; the victims were no longer just embodiments of fear, they were hunted for sport. In many ways, the Predator’s distorted special ops gear embodies this bloody streak of nihilism.

Or, perhaps the Predator wore a helmet due to self-esteem issues. After all, he is “one ugly motherfucker.”

#6: Leatherface’s…Face from The Texas Chainsaw Massacre

Many years later, I think we take for granted that The Texas Chainsaw Massacre is unbelievably vile. A product of sleazy 70s exploitation cinema, Tobe Hooper’s microbudget classic almost always borders on becoming a snuff film with its surplus of meathooks and sledgehammers shot with documentary-style filmmaking.

Jedidiah Sawyer wearing a mask made out of human skin is merely the icing on the cake, becoming the overarching symbol of the franchise’s depravity that has stunned and grossed-out audiences for decades.

Batman’s suit has taken on many different forms over the years. From the hilariously lo-fi spandex in the Adam West years to the CGI mech suit worn to fight Superman, one thing has always remained consistent: Batman’s cowl remains the most recognizable superhero garment. For a genre that has many of its characters struggle with identity and secrecy, Batman (and his mask) is the standard-bearer.

In a filmography filled with classics, Eyes Wide Shut is a strong contender for my favorite Kubrick movie, and it only gets better with every rewatch. It’s a fascinating blend of realism and surrealism, in which the struggle between the two results in Tom Cruise’s Dr. William Harford increasingly strange marriage crisis. He never acts on his urges, but the idea that they’re always there, overhanging every single one of his actions, is what makes Eyes Wide Shut such a searing, twisted thriller.

The instantly iconic masks worn by the underground sex group, which are as distinctive as they are creepy, bring many of those fears to life. Much like the careers of Tom Cruise and Nicole Kidman, after Eyes Wide Shut, you won’t be the same.

#3: Hannibal Lecter’s Detainment Mask in The Silence of the Lambs

Serial killer movies have been chasing The Silence of the Lambs’ tail since 1991, and much of it comes from Anthony Hopkins’ unbelievable turn as Hannibal Lecter. With the help of Ted Tally’s script which does a masterful job of building up the myth of Dr. Lecter when he’s offscreen, it’s the terror Dr. Lecter can exude without lifting a finger that makes him so frightening.

So when law enforcement straps him up and places a guard on his face to talk with Senator Martin, you hang on every word he says. Lecter exclaiming he loves Senator Martin’s suit is one of the creepiest lines in the movie for that very reason. Even when he can’t move, he’s capable of dismantling you.

What is there to say about Darth Vader’s helmet that hasn’t already been said a million times before? It’s iconic in every possible way, from every appearance in the movies to the millions of cosplayers around the world.

#1: The Spray-Painted William Shatner Mask from the Halloween Franchise

Halloween is one of the best examples of low-budget filmmaking, where many of the constraints actually made the film better in the end. (They also contributed to some hilarious on-set stories, such as the crew having only one bag of leaves for the entire production to create a fall atmosphere.) The best of which is the use of a spare William Shatner mask from Star Trek, removing all identifying features from it to create the most distinctive horror character ever.

The mask is a perfect embodiment of the Michael Myers character; he’s vaguely human, but lacks all human traits. In the pursuit to make Michael Myers the personification of Evil itself, the mask does a lot of the heavy lifting.

Sure, the aura surrounding Michael Myers was damaged by endless bad sequels (and a kick from Busta Rhymes), but nothing compares to the first time you saw the character and the mask he was wearing. Horror movies were never the same.

Thank you for reading! What’s your favorite movie mask? Comment down below!

[…] Groundhog Day. When you say you’re going to visit someone, you probably mean six feet apart with a mask on or over Zoom. “Going to work” means rolling out of bed and booting up your computer. We […]

Interesting list! I am surprised that Bucky’s mask from ‘Captain America: The Winter Soldier’ wasn’t included in this article, especially since the design would fit Coronavirus mask requirements. Not seeing the mask that inspired Eric Draven to become the Crow on this list was surprising as well. Were there masks in ‘The Crow: City of Angels’? I haven’t seen this film, so I wouldn’t know the answer to that question.

Eyes Wide Shut, have to watch that again ;)

The Road to the End: The Star Wars...