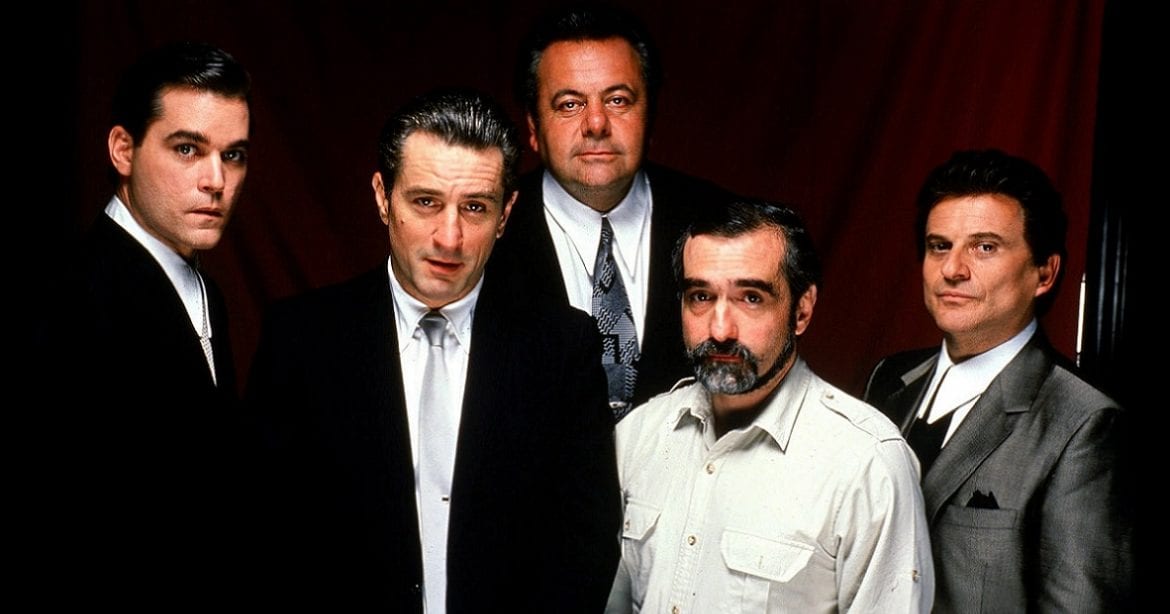 In case you were not aware, Goodfellas actually doesn’t have good fellas in it. I don’t mean the actors — the actors are great and are on par with every other Martin Scorsese film. What I mean is that there is no one in this movie to root for.

I’m fascinated by the ability of Goodfellas to attract such a wide audience despite having such clearly scummy characters. Very few characters have redeeming traits. Even our main character, Henry Hill (Ray Liotta), doesn’t have a very recognizable “good side.”

So, why do people, including me, keep coming back to it? How do we justify watching such horrible people do such horrible things? What draws us in?

I’ve said it before and I will continue to say it until I die — humans are morbid. It’s why we watch Saw movies and why we rubberneck at gruesome car accidents. Deep down, we all have a primitive animalistic side that we keep tamed.

Movies like Goodfellas allow that animal to roam free for a little while. We all want to be Henry, just a little bit. Wouldn’t it be nice to live life without fear of what others think or having to adhere to society’s rules? Imagine not having to park down the street from your job because you can park wherever you want. Or think about all the money you could earn from selling a product that’s in high demand.

Goodfellas is a fantasy for all of us where we get to live the life that we secretly dream of but don’t tell anyone about. Even if it’s not something you’ve thought about before, you’ve thought of it now.

I mentioned how humans have a morbid curiosity. Ever seen a car crash? You know what’s going to happen, but you can’t do anything. Instead, you sit and you watch the horror as it unfolds before you.

Many popular Scorsese films are like that. You know Henry is destined to fall hard. You know Tommy DeVito (Joe Pesci) is going to have to pay at some point for all the sins he’s committed. Even novices of foreshadowing know that this story doesn’t have a happy ending.

And yet, we can’t look away.

My favorite example of this phenomenon is the last half hour or so of the film. At this point, Henry is heavy into drugs and is so intertwined in the underground drug and mob world that he can no longer see a life outside of it. The drugs are messing with him terribly, he’s struggling to keep up with all the demand for his drugs, and the FBI are onto him. Like Henry fixating on the law enforcement helicopter that was following him all day, we fixate on Henry. Despite how chaotic the whole thing is, it’s hard to stop watching because you know what’s going to happen next. You know Henry needs to pay for all his crimes, but you just need to see the punishment.

To go off on a slight tangent, one of my favorite Frasier episodes has a “wise guy” of sorts who helps Frasier and Niles solve a legal issue. Niles is so thankful and taken with the wise guy’s charisma that he promises him anything he needs in return — which is a bad thing to say to a powerful man of the underworld.

As humorous as that situation is, it’s another reason why we are so drawn to these characters in Goodfellas despite their unforgivable deeds. To be a member of the wise guys, you have to have the charisma of the wise guys.

The casting of these characters only strengthens that pull. Robert De Niro and Joe Pesci are vibrant personalities that always bring 110% to their roles. (Well, maybe not recently for De Niro, but you get the idea.) Their line delivery, their gestures, and the way they hold themselves just says, “Look at me. I’m the center of this scene. You pay attention to me.” Even Ray Liotta has a certain appeal, especially with his gravelly voice that easily rolls from his tongue as he narrates the story.

The Pull of Profanity

Anybody who is at least halfway familiar with Scorsese films knows that they are nearly guaranteed to have quite a bit of cursing in them. To be specific, Goodfellas has 300 f-bombs, which is slightly less than another Scorsese classic, Casino.

You would think that after hearing the f-bomb that many times in just two and a half hours, you would become numb to it. Yet, each utterance of profanity actually seemed to punctuate the screen every time. Each swear word simply drives home the point that these are hardened men who get their way.

I mean, it’s hard not to pay attention when someone is literally spitting the f-bomb at you. It tends to pique your interest just a bit.

When I first watched Goodfellas, I think the reason I kept watching was because of the occasional cracks in the hardened personas of the wise guys. There’s a part when Tommy is killed and Jimmy (Robert De Niro) finds out about his demise; I think this scene is pivotal in Jimmy’s character development. Even though Jimmy has arranged numerous hits throughout the movie and participated in some pretty hefty violence, he cries. He cries over a friend he’s had for a long time that he cares deeply for. In the narration, Henry even mentions how odd it is that Jimmy was so proud of Tommy for getting “made.” It just shows a deeper level to Jimmy that makes the story more interesting.

It’s these cracks in personas — a mobster giving his wife a kiss or another patting his friend on the back — that kept me watching. I was so fascinated that men like this could even have a side like that. It evoked a tiny sense of compassion that compelled me to see what would happen to Henry and Jimmy and all the other wise guys.

We Love a Bad Boy

The biggest reason we love Goodfellas? We love bad boys.

Henry Hill could graphically murder someone on screen and we’d still love him for that charming smile. Jimmy Conway could beat up a dozen men and we’d still want him to give us a wink or slip a $100 bill in our pocket. And I would give anything to hear a full story from Tommy DeVito.

Thank you for reading! What are your thoughts on Goodfellas and its characters? Comment down below!

[…] Bahrani advance from a very modest immigrant story in Man Push Cart to the sprawling, almost epic rise-and-fall story in The White Tiger is nice to see; but despite their differences, there’s a clear throughline […]