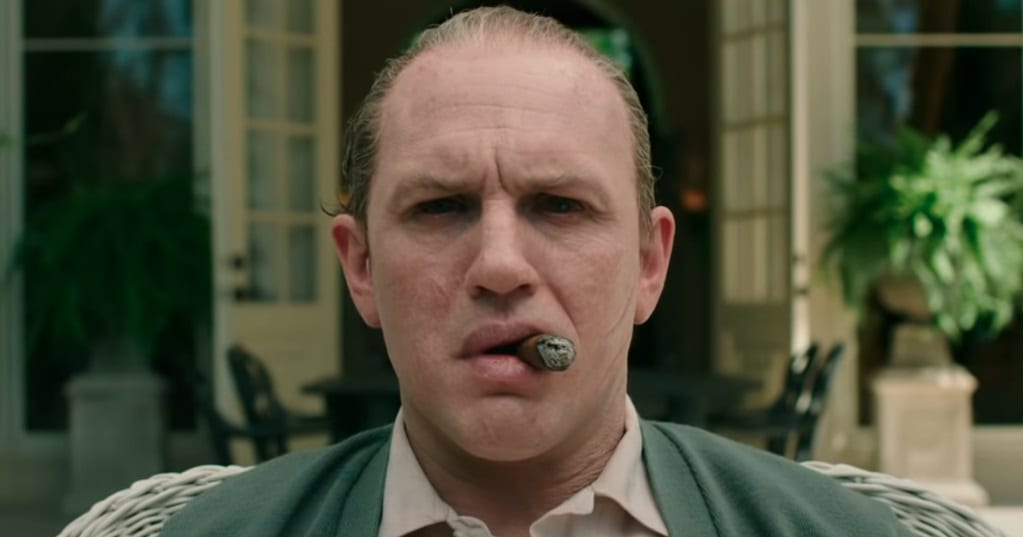 As a filmmaker, Josh Trank is less famous for his body of work than for his public persona. It all started with the modestly budgeted, Chronicle. Told via a found-footage narrative, it entailed the story of three teenagers who suddenly possess telekinetic superpowers and exploit their powers for fun and games. But the fun soon ends when the unstable member of the trio begins to act out against the world around him. Even though I wasn’t a big fan of Chronicle, it did prove that Trank was capable of mixing character drama with effects-driven action sequences.

Chronicle prompted Fox Studios to offer Trank the directing duties for their big-budgeted Fantastic Four reboot. He was even offered to direct a standalone Star Wars film. Trank seemed to be living the dream of aspiring filmmakers: make your independent feature, and quickly be offered a big studio project.

Of course, it wasn’t going to be that simple. Studios love to exploit the heart of ambitious filmmakers, just as long as they don’t have any auteur sensibilities. This is why they often hire young filmmakers, rather than established ones. Established filmmakers have clout and can make demands. Young filmmakers want to prove themselves and are therefore willing to play the game. And unfortunately for Trank, his attachment to his vision clashed with the studio’s attachment to making a profit.

When Fox viewed a rough cut of the film, they demanded major reshoots, citing his version to be too violent. Reportedly, Trank isolated himself and lashed out at the cast and crew. Apparently, Josh Trank didn’t get along with leading man, Miles Teller, and their antagonism even led to a fight of sorts — ironically, Trank had fought the studio to have Teller cast for the part since the studio didn’t believe in his box-office appeal. Co-star Kate Mara was reportedly bullied by Trank because he never wanted her for the part of Sue Storm.

When the heavily compromised version was eventually released, a Twitter post from Trank stated: “a year ago I had a fantastic version of this… You’ll probably never see it. That’s reality though.” Admittedly, the finished film is a serious mess. If you want to know where Trank’s version ends and the reshoots began, just watch out for the terrible blonde wig Kate Mara wears in the second half of the film. Even so, due to Trank’s behavior, Trank was fired (or resigned, reports vary) from the standalone Star Wars movie. No other big studio felt compelled to give Trank another chance.

Now five years later, Trank returned to the spotlight with Capone. As can be gathered from the title, its subject matter is a far cry from superheroes and space adventures. But neither is it a conventional biopic about the legendary gangster. This is a fictionalized, often surreal depiction of the last year of Al Capone’s life as his body and mind is deteriorating from neurosyphilis. Don’t expect anything like The Untouchables.

Capone was bound to alienate both viewers and critics. The reviews so far seem to have proven this. But at the very least, this is Trank’s uncompromised vision. As he’s both the director, writer, and editor of the film, this time the studio cannot be blamed for its misgivings. This is Josh Trank’s Capone.

During prohibition, Alphonse Capone (Tom Hardy) ran the Chicago Outfit for seven lucrative, yet violent years. His reign was eventually stopped when the government nabbed him for income tax evasion. It was during his prison sentence that his untreated syphilis morphed into neurosyphilis and thus started his mental decline. Had he sought treatment for it before, he might have saved himself the psychological and bodily horrors that would kill him in the final years of his life.

After eleven years of imprisonment, the government ceases to consider Capone a threat. He is released under government supervision, to spend the remainder of his life in exile in Florida, alongside his loving wife, Mae (Linda Cardellini).

In the last year of his life, Capone’s body and mental state continuously deteriorate, leading to a loss of motor functions and frightening hallucinations. In private, in a possibly a rare case of mental clarity, Capone confesses to an old confidante, Johnny (Matt Dillon) that he safely hid away ten million dollars. The only question is, where exactly, as his mind is shielding this important bit of information from him. Meanwhile, the FBI is listening in, hoping that he will reveal the whereabouts of the loot.

But the real treasure lies in the possible salvation Capone seeks within his mind. After years of sordid debauchery, the ugliness of his soul is finally revealed to him. And even in his weakened state, Capone must face his demons if he wants to find peace.

The Madness of Tom Hardy

I genuinely consider Tom Hardy as one of the greatest actors of the modern era. He possesses charisma and grit that many of his counterparts lack. It’s hard to deny his talent when watching 2008’s Bronson or 2013’s Locke.  At times, he reminds me of young Brando, with his mixture of brooding intensity and fragility, the way he can express so much emotion with just a glare of his eyes. A perfect example of this is his performance in Dunkirk, where he wears a pilot oxygen mask through most of the film and has to act with his eyes.

But surprisingly, Hardy received some criticism for his performance in Capone. Some state he was over the top, stretching to borderline camp. The performance of Capone does feel like an amalgamation of his previous performances; there’s a bit of madness of Bronson; the mumbling dialogue that reminds you of his character in The Revenant; to the brooding masculinity of his character in Lawless.

To me, Hardy is what makes this film. Like Bronson and Locke, Hardy is on screen in nearly every scene of the film. It’s his performance that makes Capone. Hardy is fearlessly committed to the role. Yet he’s not playing it up to impress the Academy. It’s not an ego-driven performance as Capone is barely given a redeemable character trait. Throughout the whole film, his mind is lost. You see his mind basically rotting away on screen.

As it would be in real life, dementia is an ugly, terrible sight. It’s not just the loss of motor functions, it’s forgetting the names of loved ones. It’s not knowing who is staring back at you when looking at a mirror. Capone is verbally abusive his loving wife, continuously paranoid that, despite her obvious affection for him, she’s plotting a coup against him. He threatens his friends and an innocent gardener with death. The hallucinations of bloody carnage he endures just signify the monstrous deeds of his past. This is not a good man, not even an anti-hero. This is a psychopath suffering his own brand of purgatory.

Hardy is at times hilarious, other times disgusting, sometimes just plain sad. Even if some moments seem over the top, it does bring some levity to what’s essentially a painfully tragic depiction of a man losing any semblance of his humanity.

To my mind, Hardy is perfect for the role. I can’t think of anyone doing it any better. It wouldn’t surprise me even that Trank wrote the role specifically for Hardy.

Capone is partly an ode to David Lynch’s cinema, not just for its surreal imagery. There’s the casting of Lynchian regular Kyle MacLachlan in a minor role as Capone’s physician, Dr. Karlock. One scene is also particularly devoted to honoring The Wizard of Oz, a David Lynch obsession. Similar to Lynch’s filmography, the film mixes shocking violence with sudden bouts of silliness.

A few Sopranos regular also appear, from the lovely Kathrine Narducci (who plays Charmaine Bucco in The Sopranos and also recently appeared in Martin Scorsese’s The Irishman) and Al Sapienza (who played Mikey Palmice in The Sopranos).

There might be more poignant references, but seeing as I’m a big fan of David Lynch and The Sopranos, I felt compelled to mention these.

The Pathetic Fall of Al Capone

Capone is not going to be for everyone. Even those with a fondness for the subject matter might be turned off by this film. Capone plays very loose with history, though there are certainly references that might excite the mob history aficionado. But this is Al Capone as you’ve never seen him before on screen; powerless and weak, deprived of any of his usual cinematic glory. There is no rise and fall. There’s only the fall. I suspect that even with its lukewarm reception, the film will be better received in time.

Besides the central performances, the film features great support from Linda Cardellini, Noel Fisher (as Capone’s son), and Matt Dillon. But it’s Hardy’s show all the way. If you’re a big fan of him, you need to see this.

Look, it’s a film where Tom Hardy walks around in a bathrobe and diaper, wielding a golden Tommy Gun while chomping on a carrot. If that excites you as much as it does me, then Capone is for you.

Thank you for reading! What are your thoughts on Capone? Comment down below!

[…] for This has a largely small cast, no pun intended. With Miles Teller portraying Vinny pretty much for the entirety of the film, he is mainly complemented by other […]

[…] Lapkus’ performance reminds me a lot of Tom Hardy‘s insane, otherworldly performance in Capone. Except with 100% less […]