‘Clueless’ Comes to Netflix: Why My Favorite Movie Should Be Your Next Watch 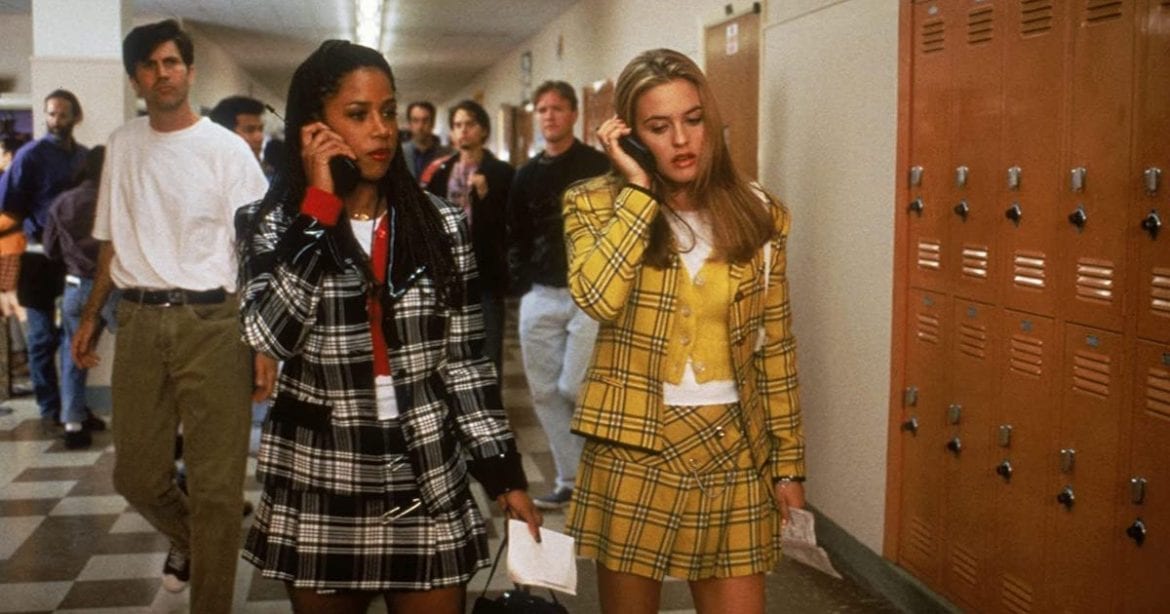 Sometimes, even when the world of film seems hopeless, what with highly anticipated films being postponed, all-out wars between Trolls and theaters, and beloved actors being exposed to a deadly virus, there is a beacon of hope. It can be different things to different people. But to me, it’s Clueless coming to Netflix on June 1st. Clueless is a 1996 film written and directed by Amy Heckerling that follows Cher Horowitz, a young and beautiful Beverly Hills rich girl, as she navigates and influences her friends’ social and love lives, all while wearing the greatest outfits you can imagine. It is, of course, an adaptation of Jane Austen’s Emma, and I have already written about the 2020 adaptation of Emma, which you can check out here. But, I digress. Allow me to tell you why the first thing you should do on June 1st is watch Clueless, which is a perfect movie.

I know what you’re thinking. “Anna, I’ve read a couple of your reviews before. Of course you love this movie! It has a gorgeous blonde protagonist, focuses on romance and friendship, and it’s related to Jane Austen. This movie was made for you, that doesn’t mean I will like it.” Fair point! I will not sit here and pretend that is not all absolutely true. However, Clueless is different.

I’ve already given you a quick outline of the plot, but allow me to go a bit more in-depth. Cher Horowitz (Alicia Silverstone) is sixteen and has a perfect life. She’s popular, she’s rich, she’s gorgeous, and she’s smart. She has an intense but loving father, (Dan Hedaya) an equally fabulous best friend in Dionne, (Stacey Dash before she became problematic) and a kicking new Jeep to drive once she has her license.

One day, she finds out she has a C in her debate class. After a lot of failed negotiation, she decides to set up her debate teacher (Wallace Shawn) with another of her teachers, (Twink Caplan) they fall in love, and all of a sudden, Cher’s grade goes from a C to an A. She fancies herself a bit of a matchmaker after this, so when Tai, (Brittany Murphy) a grunge artist, moves into town, she and Dionne decide to give her a makeover and set her up with Elton, (Jeremy Sisto) the douchey yet hot rich guy of your dreams. All the while, Cher has a teasing but friendly relationship with her ex-step brother, Josh, (the dreamy Paul Rudd) who challenges her throughout the film. Hilarity obviously ensues from there.

If you want a more direct comparison to Emma, check out our article on it here, but that isn’t the only reason I love this movie. Look at this plot, this cast of characters, and the actors who play them, and tell me this isn’t a recipe for success. You cannot! Silverstone plays Cher with such finesse that even in her brattiest moments, it’s impossible not to fall in love with her. Cher is supposed to be unlikable. She is supposed to be too good for anyone, too rich to bother, and both book smart and absolutely, forgive me, clueless at the same time. None of these traits are things I look for in a friend or partner, yet I want her to be both. It’s because, at the heart of this film, and at the heart of Cher, beyond the need for designer clothes and big houses and cute guys, is a genuine desire to leave the world and the people she knows better than she found them. Cher has initially selfish intentions, of course, but her quest to “improve” Tai is altruistic, if a bit misguided. Cher also, throughout the story, seeks to improve herself through her friendships. What a lovely message that is disguised in one of the most gorgeously costumed and funniest movies ever made!

Still Not Ready to Commit?

“Okay, fine,” you may say, “that does sound like a cool story. But this was made almost 25 years ago, surely it doesn’t hold up!” Au contraire, naysayer! I watched this for the first time in high school, around 2012, and loved it. I have incorporated it into multiple school projects over the years, which if you really want to see, feel free to DM me on Twitter, but again, I digress. Trust me when I say, it holds up. Unless you need me to convince you, in which case, here we go. Let’s not fool ourselves, this movie isn’t perfect when played in 2020. There are some jokes made about dieting, money, and sex that maybe aren’t as PC as I would have written them, like Cher thinking Lucy, her maid, is from Mexico, when she is from El Salvador, and calls her speaking Spanish speaking Mexican. However, when Heckerling wrote this film, she wanted to make fun of the “in” crowd she was portraying. She wrote from their perspective, while also pointing out some of the ridiculous views they hold. And a quick side-note, Heckerling wrote another iconic high school movie, Fast Times at Ridgemont High, so yeah, you could say she knows her high school.

So, even when Cher says she feels like a pig for eating a handful of M&Ms, it’s supposed to be a ridiculous statement that mocks diet culture in the 1990s. When Murray, Dionne’s boyfriend played by Donald Faison of Scrubs fame, tells Cher that Christian, her crush, is gay, he doesn’t necessarily mock or make fun of Christian for being gay. He doesn’t use homophobic language, and he doesn’t disparage him. He simply, hilariously, uses a lot of euphemisms, “He’s a disco-dancin’, Oscar Wilde readin’, Streisand ticket holdin’ friend of Dorothy. You know what I’m saying.” Are some of these stereotypes? Yes, but none of them are meant maliciously. And frankly, after this conversation, Christian isn’t made to seem particularly effeminate or stereotypical. Yeah, he goes shopping with Cher and likes art, but he also saves Tai from two huge jocks in the mall after they lean her over the edge. He is allowed to be a complex gay guy in 1996! In high school! In a hugely popular movie! That is rad, and I would even argue it has better and more well-rounded gay representation than some films and television I have seen in the 2000s and 2010s, (I’m looking at you, Glee.)

Not only is Christian allowed to be a fully formed person, but so are the people of color. Dionne and Murray are both black, and they are never portrayed as “ghetto” or “sassy”, rather they have a fully-functioning and complex relationship with each other, as well as the other people in the movie. In Mean Girls, which was made nearly a decade later, the lunchroom scene puts the black students as the butt of a joke, along with many other oppressed demographics, which never happens in Clueless. At one point Dionne and Murray have an argument about a hair extension Dionne finds from, allegedly, another woman, but even then, their blackness is not what is being made fun of, rather their dramatic relationship dynamic, which is a fact of many high school relationships regardless of race or socioeconomic demographic. Basically, Clueless allows everyone to be themselves in their own identity. Yes, we are supposed to think Dionne is a bit ridiculous, but not in any way related to her racial identity, rather because she’s a rich girl who is obsessed with superficial things like Cher is. And furthermore, Heckerling writes to include the identities of her characters, without exploiting those identities for laughs. So, yes, reader, it holds up!

Why are You Still Arguing with Me?

“Anna, I’m still not convinced. Why should I care about this movie?” Reader, I encourage this kind of criticism to my own criticism. So I am glad you asked. Frankly, this movie rocks. It’s sweet, it’s funny, it’s beautiful to look at, and it is going to be available to you on Netflix very soon. And reader, we are in the middle of a global pandemic. What else are you going to do? Rewatch The Room? Come on, it’s only funny so many times within the span of a month. This movie is a cultural cornerstone in fashion, lexicon, and music. “As if!” Clueless. Plaid miniskirts? Clueless. Brittany Murphy’s entire career? Clueless! It is the perfect movie. There is no reason for you not to watch it. Unless, for some reason, you only want to watch depressing war movies right now? I’ll say it, if you made me choose between Clueless and any Best Picture nominee in the past 20 years that focuses on a war? Clueless, every time! You should watch it as soon as it comes out on Netflix, and let me know what you think. Hell, prove me wrong. If you don’t enjoy it, you get the satisfaction of seeing me fail. But can I be honest? You will love it, reader. And if you don’t, well, you might just be a virgin who can’t drive.

Thank you for reading! What are your thoughts on Clueless? Comment below!

[…] where it’s due; this is an excellent, underrated answer. The closet from the opening scene in Clueless is still inspiring articles in Vogue over 25 years later, and it introduces us to Alicia […]

[…] love Step Up 3D. It’s quite possibly one of my favorite movies. But, my heavens, does it have some cringy […]

I enjoyed this very much. Thank you, Anna. :)

So glad you enjoyed!