The Cringy Dialogue of ‘Step Up 3D’ 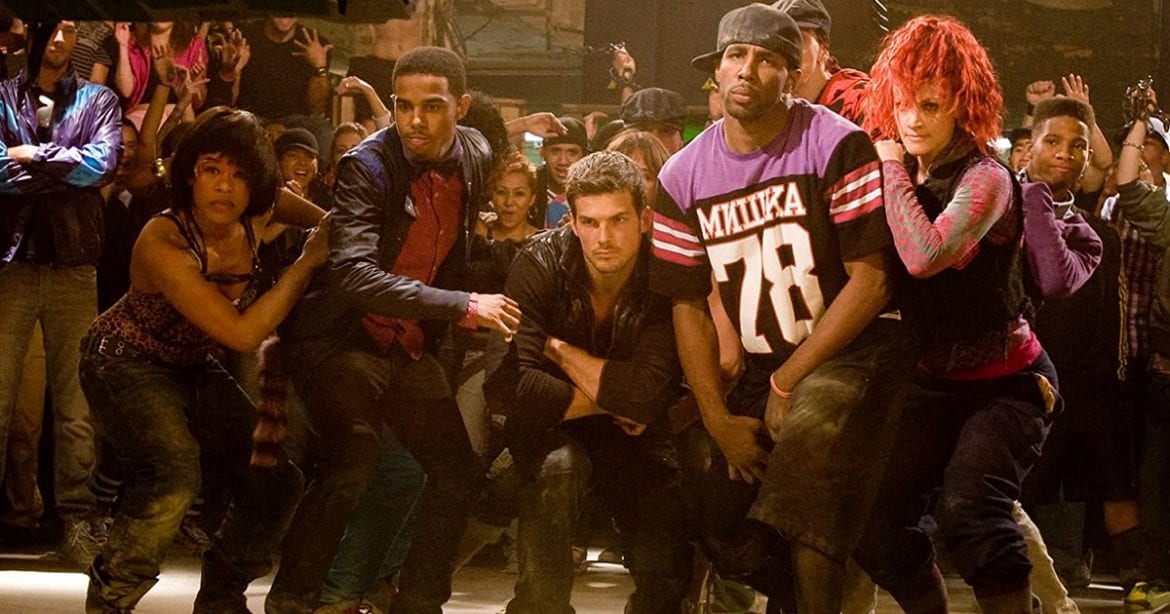 I love Step Up 3D. It’s quite possibly one of my favorite movies. But, my heavens, does it have some cringy dialogue.

For those of you who don’t know, Step Up 3D is about a group of dancers, the Pirates, in New York City who are battling to win a dance competition called the World Jam. Their main rivals are the Samurai, who are led by Julien, a disgraced former Pirate. The Pirates hope that by winning this competition they can make enough money to pay for their warehouse-home. The leader of these dancers is Luke, who is falling for a girl named Natalie who likes to dramatically dance by herself in the club. This causes problems when we find that Natalie is the sister of Julien and may be trying to sabotage the Pirates.

Yep, it really is that goofy.

I guess I shouldn’t expect too much from a film made solely for the love of dance. I’ll overlook the fact that $100,000 is supposedly enough to pay 5 months of rent for a giant warehouse in New York City. I can ignore the fact that selling any of their shoes or expensive toys would have given the Pirates the money to save their home. Heck, I’ll even overlook Natalie looking like she’s 40 years older than Luke.

But I cannot overlook the dialogue.

Let me show you exactly what I’m talking about.

“Born from a Boom Box”

This is quite possibly the worst part of this movie. Luke has this saying about being “born from a boom box.” In one scene, he eloquently tells Moose, the shaggy-haired Michael-Jackson-like character, “Some people learn to dance. Others are born to.” Step Up 3D doesn’t get any less cringy after that.

“Born from a Boom Box” is like the “Live, Laugh, Love” of the dance world. It’s sappy and overly sentimental, especially when you abbreviate it is B-FABB. Might as well just say YOLO.

Then there’s the way that the rest of the dancers react to it. You would think Luke had just told them something really clever when really he just looked up ‘inspirational sayings’ on Google and altered a few of the words so it would apply to dancing.

Do you want to know what sparked this reaction in Natalie? It’s insane. Absolutely ridiculous.

Luke makes a cringy video where he splices together audio from interviewing his crew to make an awful hip/hop type beat. Natalie, however, really wants to get a piece of that sexy Luke and so she gushes over how great it is. “You’re a filmmaker!” she says, when she really means, “You’re hot!” (Just to be clear, Rick Malambri, who plays Luke, is a model, not a dancer; this is painfully obvious in every dance scene.)

Honestly, this is what I assume happened to make Step Up 3D.

“This is my family, Julien!”

Another line spoken by Natalie that makes me sink into the couch with second-hand embarrassment? It’s more likely than you think! This line is spoken when Natalie jumps on the stage during the final battle of the World Jam. Ignoring for the moment how illegal that move should be in a competition like this, she can’t call the people she just betrayed her family. In fact, why are the Pirates even accepting her back? She isn’t even that great a dancer!

Her brother, Julien, knew exactly what was going on here. He was trying to save her from joining a group of dancers who were financially irresponsible and not that talented in dancing. The only thing the Pirates were good at were light shows. Seriously, whatever crew they battled smoked them every time.

Your family was the Samurai, Natalie. Accept it.

“The LED, to the battery, to the magnet.”

What? What does that even mean?

Stephen “tWitch” Boss plays Jason in this film, a fantastic dancer and the supposed tech guru of the crew. However, as soon as he says this line, I knew his character was hopeless.

He says this in response to Moose — a super-smart electrical engineer — using electrical tape to adhere an LED light to a magnet. First of all, that’s not a revolutionary idea, Jason. If you’re such a tech guru, why didn’t you think of this already? Second of all, this makes no sense. Jason says it in such a way that it’s supposed to sound like some sort of tech jargon but it’s really not. It sounds like someone just talking to themselves as they do a basic task.

I don’t know, folks. This line has always just really bothered me. Like, why include it in the movie?

“One move can give a skinny, curly-haired kid hope… hope that he’s something special.”

Okay, Moose, it’s not that deep. It’s dancing, not a revolution (even though Step Up Revolution would like you to believe it is).

Moose is one of my favorite dancers and characters in this film. He’s funny, he has a well-rounded story, and he ties in Step Up 2 to Step Up 3D and makes it feel like a continuation rather than an installment. But sometimes he says things like this and I slowly die inside.

Let’s be clear: some moves are pretty cool and do spark dance crazes. But I think Step Up 3D overestimates its impact on the world. Even though this movie impacted me as a kid, I know for a fact that I was probably one of the very few that it did.

Will I Still Watch This Over and Over?

The answer is yes. I love Step Up 3D. Despite the cringy dialogue and the ridiculous plot, I love it. Step Up 3D has amazing choreography and fun costume design. The setting has a grungy underground feel without getting too dirty. And the soundtrack is one of my favorite soundtracks of all time. To sum it up, this movie is very 2010 and I love every minute of it.

So, I will continue to watch this horrible movie over and over and over. Sure, I’ll make fun of it every time I watch it because it’s so ridiculous, but deep down I love this terrible movie.

Thank you for reading! What are your thoughts on Step Up 3D and its horrible dialogue? Comment down below!

[…] choreography itself is mostly passable, although a few extra dollars would have helped. Håfström employs a few […]